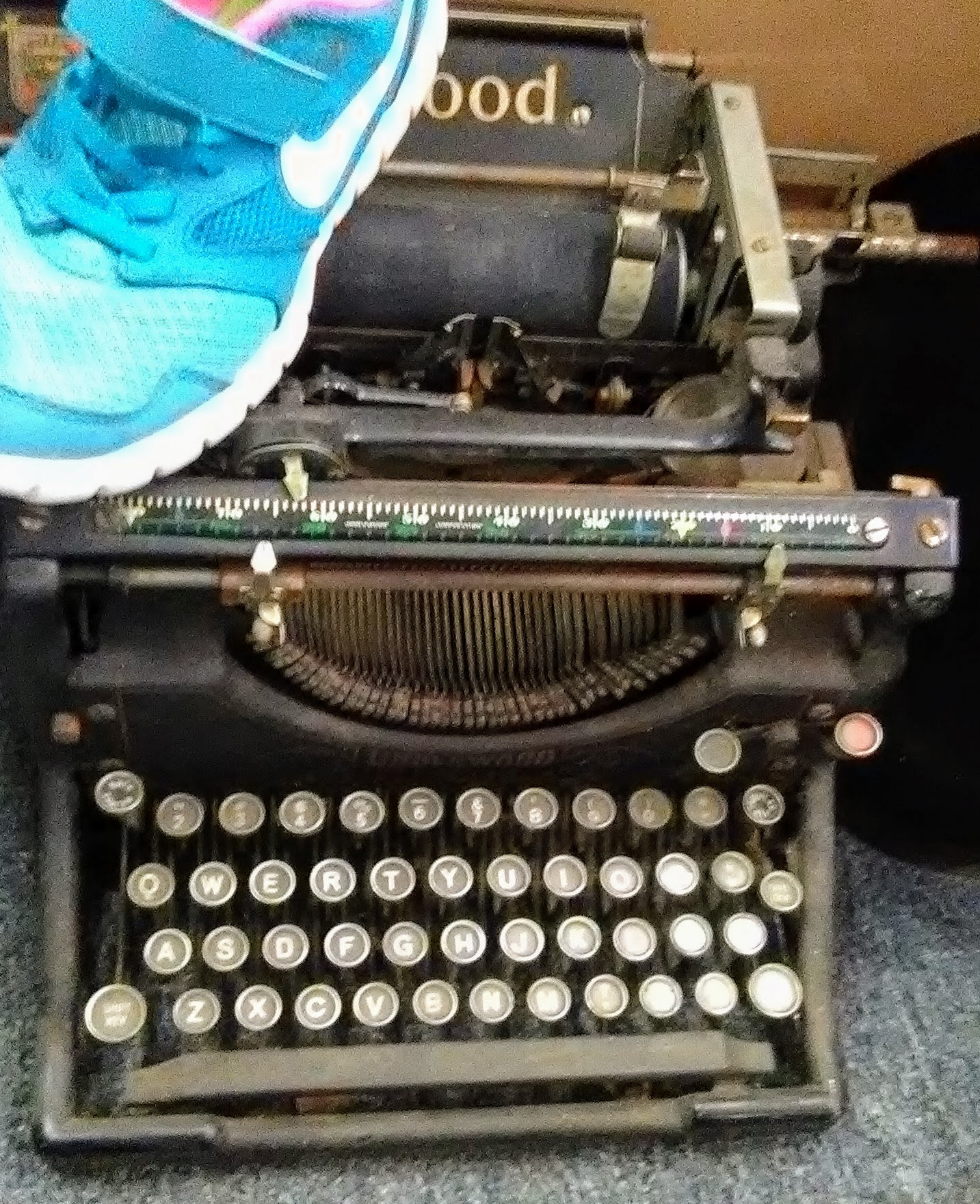 Our readers expect in-city stories from us. So when we don’t write them, they email us notes like this one (yesterday, to me):

“I’m disappointed that you never covered Ron Stultz’s death. He died in the Worcester County Jail, although the jail says he had a medical emergency and they brought him to the hospital (where he died).”

A few hours later, after I emailed the person a response, I got this:

” … I don’t know the cause of death. I heard about it from someone else who was in jail back in May.”

I did a little Googling and found the obituary of my dear friend Ron Stultz, an InCity Times/CECELIA advertiser/booster, one of our website’s stars (for free) cuz we liked him and his store so much … 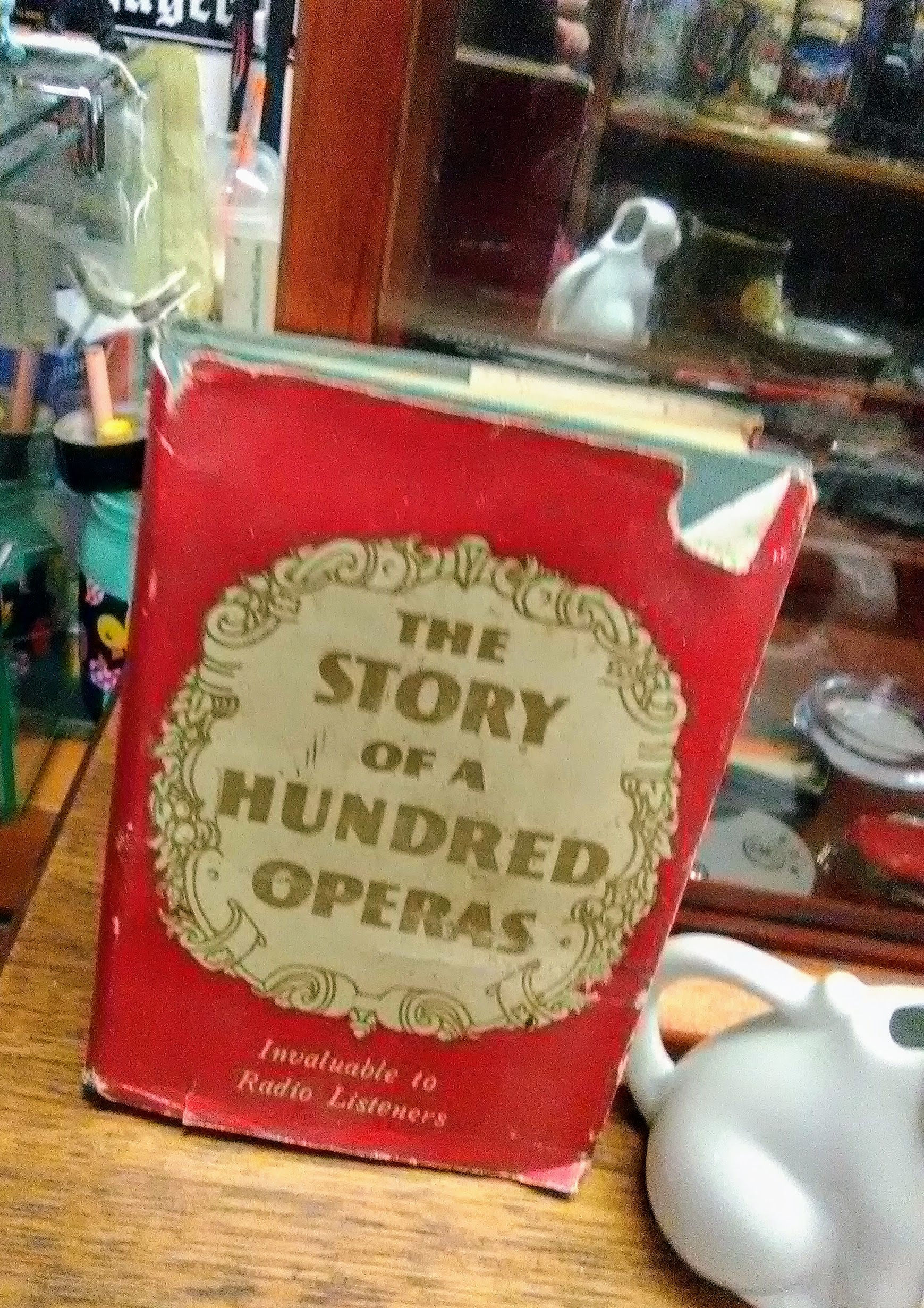 Ronny’s store and its thousands of items (big pieces of furniture to ceramic dog tchotchkes) featured prominently on incitytimesworcester.org

… and a beautiful guy to know.

Ron was a music lover beyond compare – just like me … a comic-book super-hero expert, a WBCN radio station groupie (like me), a guitar stringer, a casual acquaintance of Lucinda Williams!! (in her early days❇️) …

… a roving concert-goer, an Elvis fan, a STAX Records collector, a gifted carpenter, a great boyfriend to his “Mary” who must miss her soul-mate every day, a “better” dad who was mending fences with his now grown kids, an animal lover who always came up to my car to say hi to Jett and Lilac and pat their furbaby heads … a big, handsome, charming guy with tattoos up his big arms but whose smarts dazzled you more than the colored ink on his biceps ever could!

And a heroin addict.

Which I still struggle to believe – I always saw Ronny at his shop working on his biz: stringing guitars, moving vintage bureaus from one room to another, organizing the album bins, trying to do his books on his computer in his office. A guy for whom junk had been relegated to the junk heap years ago! A former heroin addict who did the detox route many times, who attended NA and AA meetings galore, did talk therapy, too, and now owned an overwhelmingly sprawling, lovely vintage and antiques shop. Ron was better now.

And yet the opioids brought him down! Jail time. Twice. Twice after his beloved antiques shop closed. They say he sold drugs, too, but I never saw this – and I popped into Unique Finds once, often twice, a week, at all hours, to visit Ron and Mary. How could this have been going on right under my nose? As I took photos of Ron’s albums, lamps, bookcases and cool camo jackets.

I couldn’t believe it when his shop was closed! Ronny gone! But now always telling me he had a new better spot for his shop – down the road in Leicester. I would text him and ask: When is Leicester happening? I can’t wait! But I got no reply. Ever.

So it was jail and, as my friend’s husband, another pal, could attest: in jail there are gangs, drugs, drug selling … So something happened to Ronny, the second time he was in. “An emergency” says the official record. For the record – to save Lou’s face! Plus the jail says Ron died at the hospital. His mates at jail said otherwise …

What a horrible way to die – in jail, away from Mary, away from his funky super hero helmets and Johnny Cash posters. Ron Stultz, son of the late and very rich Sonny Stultz, owner of Standard Auto junkyard up Vernon Hill (the biz is now run by Sonny’s daughter Dee – the late Ron’s kid sister). Ron Stultz, dead in jail, but a guy who exuded promise! at all times! … a guy who was born to wealthy parents, given a place at the table at Standard Auto but who squandered his chances – and drove his family crazy, and to despair. His motorcycle accident (as a kid) sent him down the opioid road, some say…his brain got used to that opioid high.

Ron Stultz: the family black sheep … the nonconformist … the brilliant and beautiful fuck up.

We’ve never been a big Martin Sexton fan but we LOVE this song.

The alleged “drug dealer” who hopped into his motorcycle and took off into the night! So well loved by me! I’m a black sheep,too! And loved by many non-drug-users! Because Ron was sunshine. Sweet. SOBER. Fun to be around, knowledgeable about music and musicians, easy to talk to … wise. Whenever I had man trouble or life conundrums, I found myself at Unique Finds, with Mary behind the main counter counting the sparse ones and fivers at their antique cash register and Ron playing with his music. Like a big 17 year old. Like the bad boy all us gals fall for in high school.

HI!!! we’d say to each other…And I’d run to Mary snd get a big hug from her. Then I’d start right in whining about all my problems. Mary, who knew me, I believe, in a former, groovier life, listened and said One day at a time, Rose. Or: you look good. Or sometimes she’d reach over to the necklace tree on the counter to her left and just hand me a pretty necklace to make me smile. Mary had/has long dyed black hair and is an older goth beauty. Her jangling bracelets and low cut blue jeans and black cut out tee-shirts complement her lovely black eye mascara. Ron’s sexy rock chick dream come true! Now Mary’s sexy bad boy, with his sweet, easy disposition gone! Gone forever! Just like my late great mom, the late crazy Tony Hmura, the late beautiful Amanda of Jan’s Kitchen on West Boylston Street and her wonderful, quiet, but slyly smart and funny dad, Bob. GONE! Without warning! Without a Goodbye!

Now I’ve lost Ronny Stultz – yet another love! A mystery. A charm. A treasure trove of rock n roll experience. Life … whatever that entails, whooshes by! and we cling to our rafts as they tumble and turn and are buried by tons of water – Niagra Falls! How do we all keep on keeping on?

I was surprised – but not really – at Ron’s sister Dee and her cousin, Deb, who works at Standard Auto full-time and co-runs the place with Dee: My dear Ronny’s obituary was so succinct – one sentence long! With no mention of relatives, work history, loves and losses … Worcester even! Worcester, Ron’s birthplace and hometown. There was so much wonderful stuff to say about your big brother, Dee! You didn’t say any of it! Like you were ashamed of him. Like you disowned your brother to protect Standard Auto and your middle-class reputation … for the money, too.

But you brother wasn’t a money person. Ron was a BAND person … 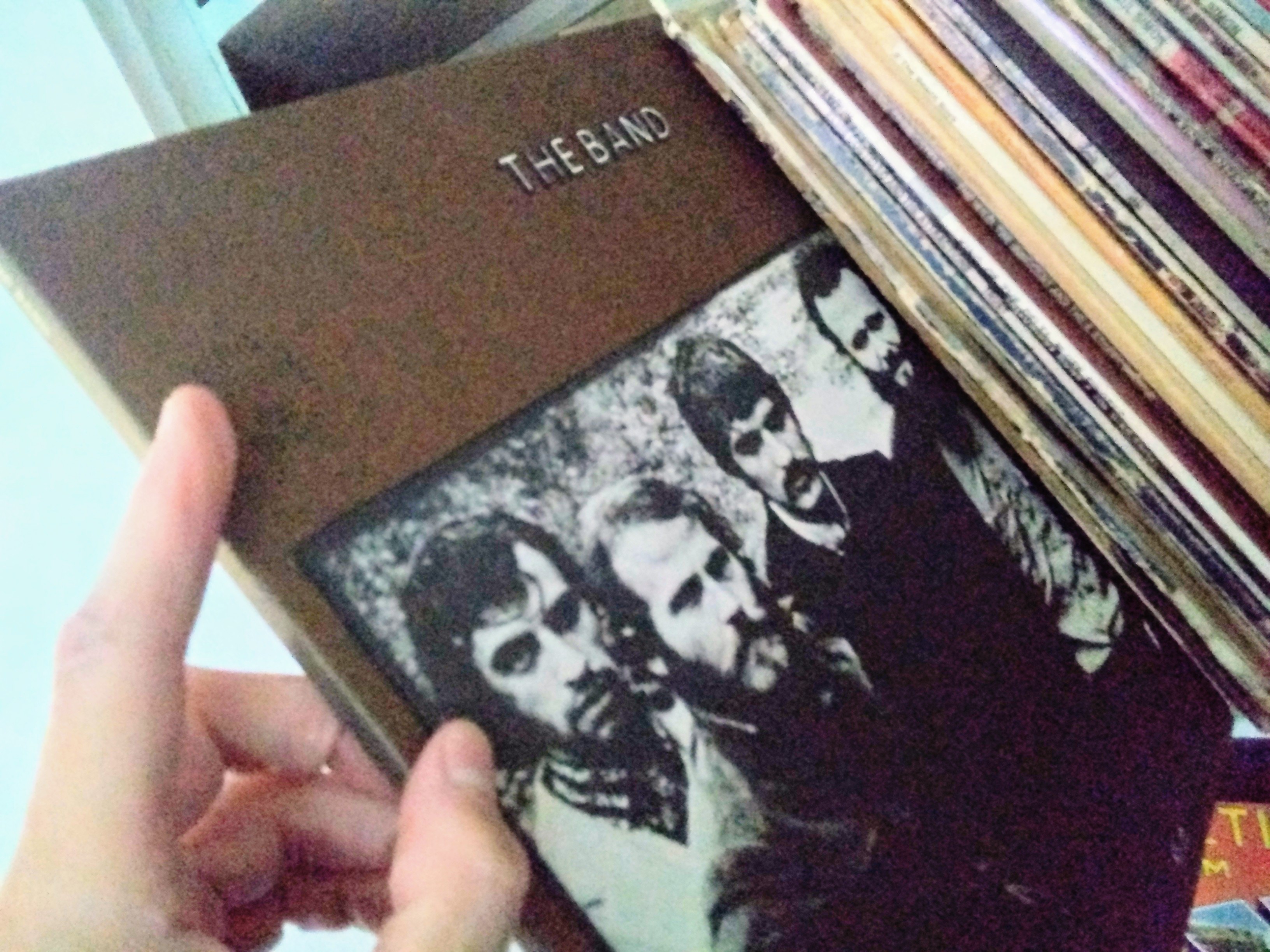 Ron was a BRUCE person … 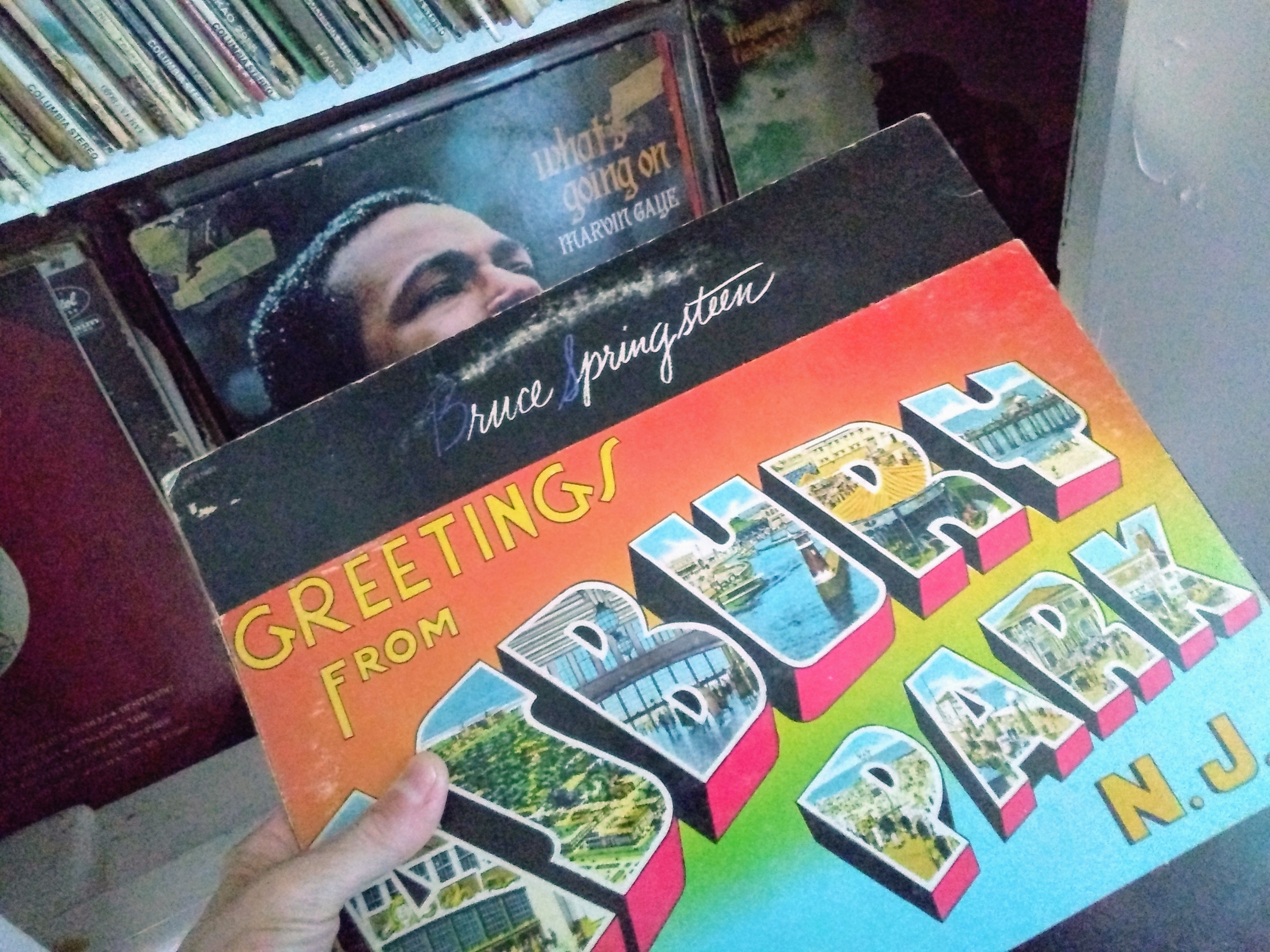 Ron was an Elvis person … 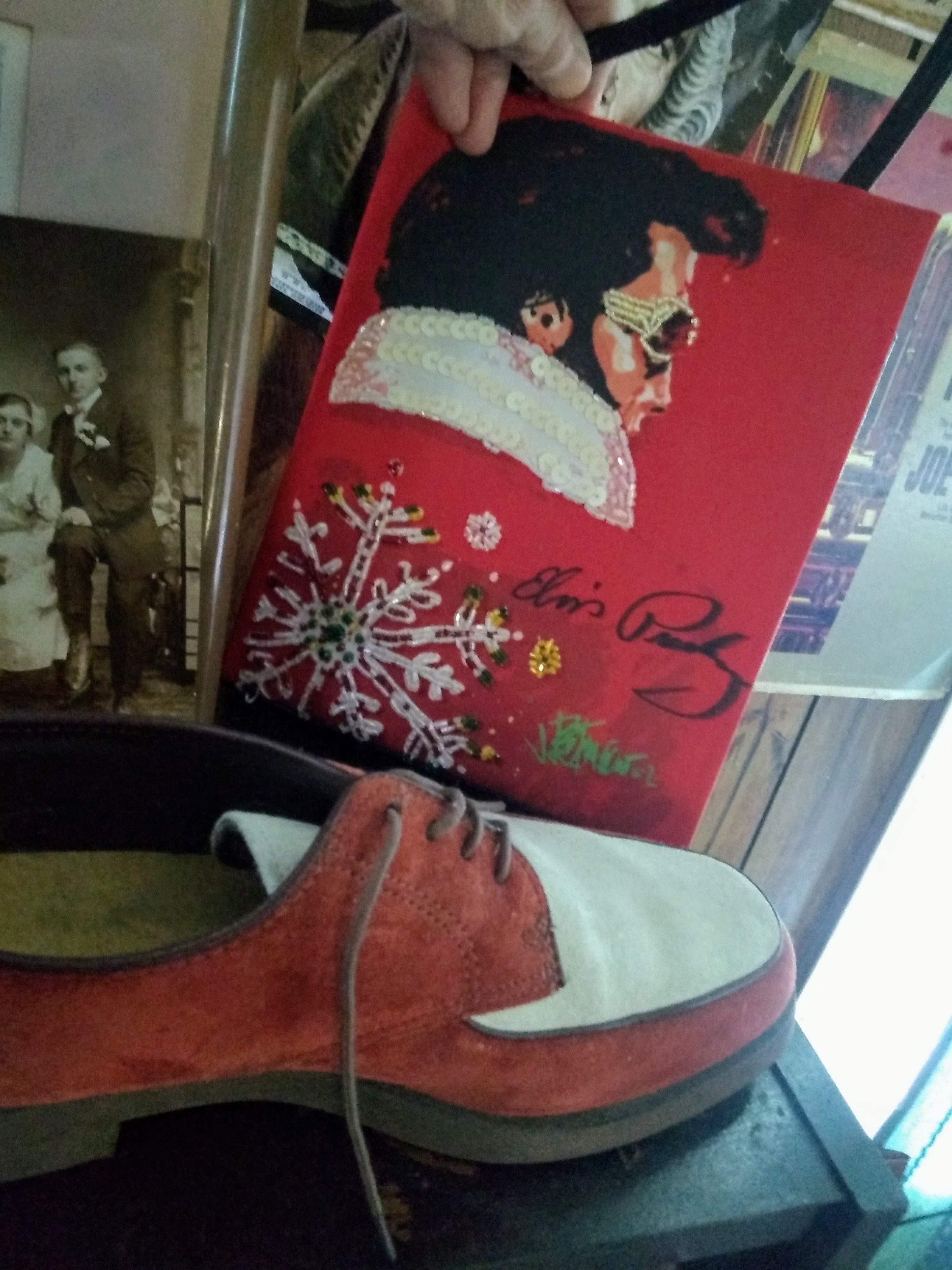 He was wild and free …

He was million times more than this on-line nothing you gave him:
“Ronald passed away on Wednesday, May 15, 2019. Ronald was a resident of Massachusetts at the time of passing.”

And the wake and funeral were private. Ronny knew a ton of people! From all rungs of life’s ladder. Like me, he was a walking Charles Dickens novel – each character, no matter how low or high – sparkled! I – and many folks, I’m sure – would have liked to have said goodbye, old friend, to Ronny!

So now there are just the memories:

Ronny saying NO ROSE! to me as I made a grab for and he clutched ever more strongly to his wide hairy chest … an almost new COMPLETE STAX RECORDINGS MULTI CD BOX SET!!!

Ah, C’mon, Ronny! I said laughing, knowing I was never gonna get that STAX treasure chest.

NO, ROSE! Ronny said, smiling as I gingerly touched the box set’s cover and then walking to his lp section and handing me a so-so Johnny Cash album. (He knew it was so-so – that’s why he gave it to me!)

Or: Ronny sitting by Mary. Mary looking passed out, lying outstretched, in her desk chair and me screaming RONNY! RONNY! Something’s wrong with Mary!! and Ronny saying softly to me, It’s ok, Rose. She’s only sleeping …

Or Ronny bartering for an InCity Times ad when broke – usually for a couple of albums and a hug. Ronny was a big bear of a guy yet he gave the gentlest hugs! I always felt he was one of the most sensitive people I had ever come upon and that the world was too much for him…conspired against him.

Or: in Unique Finds … all the vintage gumball machines lined up in a row – painted fire engine red! Just like the ones I remember from my childhood. Maybe the actual ones from my ol’ Lafayette Street Freddy’s Penny Candy Store!

And all the toy fire engines – some the cool Tonka truck types, others big, metal and boxy from the 1960s – made for a little kid to hop into and pedal away in!

Or at the entrance of Unique Finds: this big – as big as an apartment washer or dryer – wild moon carny catch-all game that had stuffed animal prizes in it, plus little shutes that lit up and small multi-colored light bulbs. It whistled at ya, too!

Dee bought it and now, all clean and shiny, it sits in front of her work space at Standard Auto – all lit up!

Ronny was a magical Willy Wonka! And Dee knows it!

Today I see Ronny in his small Unique Finds office, rebuilding an old guitar that he rescued from some ol’ dump. He’s repairing it, giving it plenty of TLC … so much tenderness! … dusting it, varnishing it, recalibrating its frets, putting new strings on nice and taut and cutting the excess ends off.

Where did you learn to do that, Ronny? I ask my friend in wonderment as I watch his husky paws polish that old guitar.

Ronny gives me one of his sweet/sexy smiles – and a wink.

Love you, Ron and Mary!