It would be difficult to tabulate the proliferation of conspiracy theories about the death of Jeffrey Epstein while in federal custody. Listed in the Wall Street Journal on August 11, 2019, and Wikipedia, some of the more prominent theories being floated:

– Jeffrey Epstein is still alive! Perhaps he’s rooming with Elvis Presley. Given his wealth, this was probably going to arise at some point.

– Some Trump supporters say Bill Clinton is behind the “suicide.” (Trump himself prefers this explanation. On Saturday August 10, 2019, Trump tweeted that “Mr. Epstein had information on Bill Clinton and now he’s dead.”) This is not the first time Trump has made such charges; he linked President John F. Kennedy’s assassination, JFK assassin Lee Harvey Oswald, to U.S. Senator Ted Cruz’s father during the 2016 Republican presidential primaries.

– Some Clinton supporters say Donald Trump is behind the “suicide.”

– One observer theorized that Epstein “was able to bribe guards to ‘look the other way’, thus allowing him to commit suicide.”

– “It has been postulated that some of Epstein’s closest associates, who would likely be prosecuted as co-conspirators if Epstein went on trial, perpetrated Epstein’s death. Epstein reportedly paid hundreds of thousands of dollars to co-conspirators during an investigation in the 2000s in order to influence them. Under the 2008 plea deal, these unknown co-conspirators were immunized.”

– “Cable news host Joe Scarborough theorized that the Russians killed Epstein to protect Trump, as part of the larger Trump-Russia connection. He commented, ‘A guy who had information that would have destroyed rich and powerful men’s lives ends up dead in his jail cell. How predictably … Russian.’”

– “A spokesperson for [U.S.] Senator Mark Warner claimed that spreading conspiracy theories was ‘doing Russia’s dirty work for them.’” 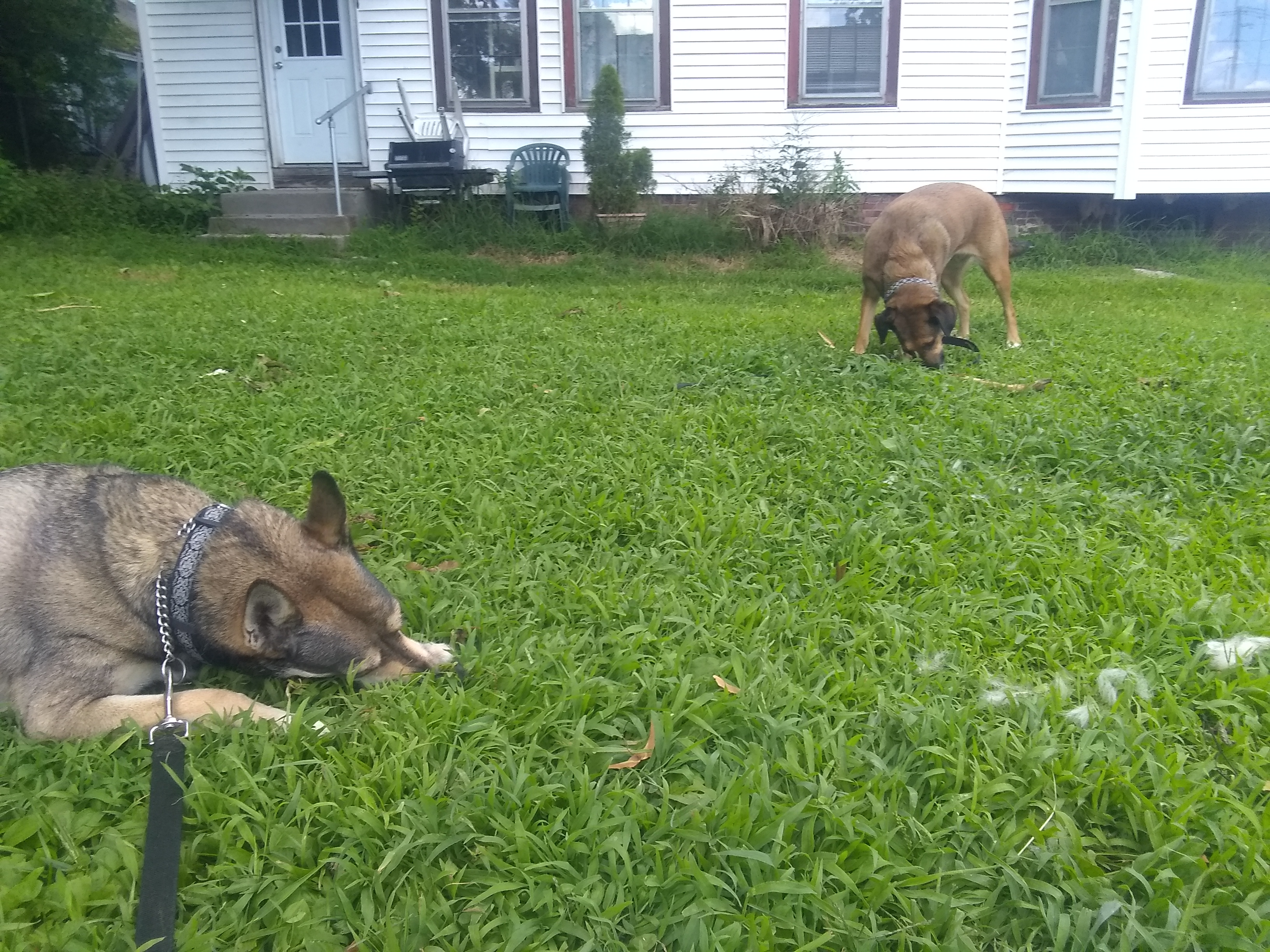 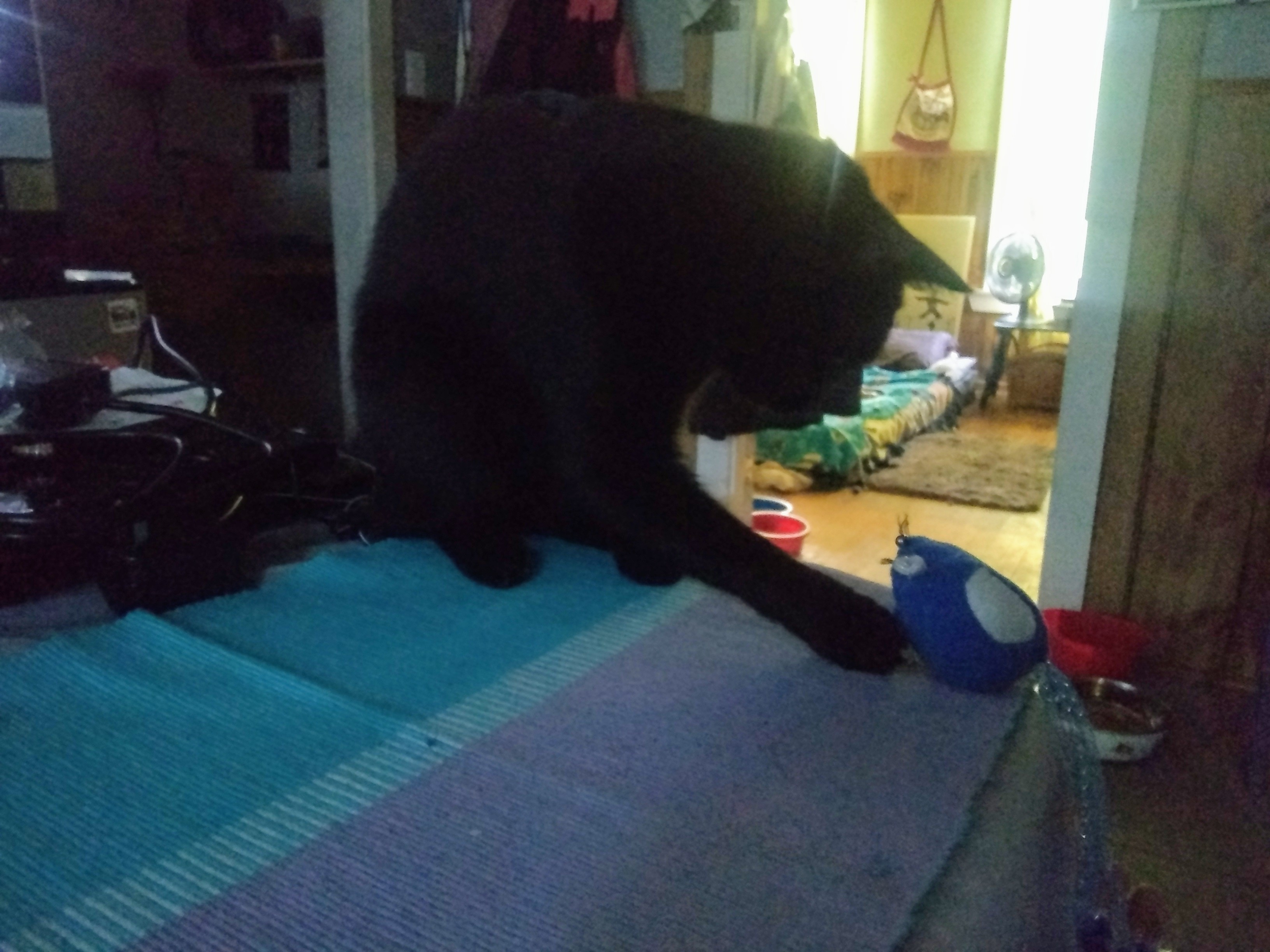 Cece♥️! … Cats should be INDOOR PETS! – with plenty of toys to play with and window perches from which to watch the world go by – and nap in the sunshine!

It’s Too Hot for Spot!

Temperatures were so oppressive during the heatwave that gripped much of the country recently that many people even found it difficult to breathe. Yet while humans can head for air-conditioned buildings, pools or beaches — or sit in front of a fan — to cool off, countless dogs were left chained or penned outdoors with no way to escape the sweltering temperatures. And not all of them survived.

A dog in Boynton Beach, Florida, died after being left outside in a tarp-covered crate; two dogs died of heatstroke after being left outdoors in Ross County, Ohio; a dog named Sadie who was left outside in Raleigh, North Carolina, with no access to shelter, food or water fell victim to the heat; and a chained dog with no access to shade was found dead in Indianapolis.

These are just a few of the deaths that have been reported. Most aren’t. With plenty of hot weather still to come, dogs need caring people to watch out for them — and help them.

Throughout the heatwave, PETA’s fieldworkers rushed to bring relief to dogs who were left outdoors. Some didn’t even have a drop of water or a sliver of shade to provide relief from the blazing sun. One dog, Dee Dee, was so thirsty and dehydrated that she drank nonstop for over four minutes when they gave her a bucket of fresh water.

Another dog, named Blue, had it even worse. PETA’s fieldworkers found him dead, next to his doghouse, with blood seeping from his nostrils. His chain had become tangled in the warped wooden boards that his doghouse sat on, and he couldn’t reach water, shade or even the hole that he had dug for himself earlier in a desperate attempt to stay cool. A necropsy confirmed that he had died of heatstroke.

Hot temperatures are even more dangerous for dogs than they are for humans. That’s because they don’t sweat as humans can, and they cool themselves primarily by panting. Without protection from the sun and high temperatures, heatstroke can occur in minutes, causing brain damage or even death. If you know of dogs who are kept chained or penned, make sure they have water in a tip-proof container, all-day shade, food and shelter. If they lack these necessities, notify authorities immediately.

But it’s not just neglected “backyard dogs” who are in danger. Many other dogs have been severely injured or even died after being walked or forced to run during the heat of the day.

Hot surfaces reflect heat onto dogs’ bodies, increasing their risk of deadly heatstroke, and can fry their feet — literally. One dog, Olaf, suffered painful burns on all four of his paw pads earlier this summer after being walked for a mile on a hiking trail in Washington.

Dogs depend on us to protect them, so always test the pavement by placing your hand on it for 10 seconds before setting out. If it feels hot to you, it’s too hot for Spot. Walk early in the morning or late at night when it’s cooler, bring water along and take frequent breaks in shady spots. Never force dogs to run in the heat or make them wear muzzles that restrict their breathing — they will collapse before giving up, but by then it may be too late to save them.

And if you’re tempted to leave your dog in a parked car for “just a minute” while you run an errand — don’t. Just don’t. Hundreds of dogs have died this way, in mortal terror and agony. If you see a dog in a hot vehicle, consider it an emergency — call 911 immediately and have nearby businesses page the vehicle’s owner. Don’t leave until the dog is out of the car.

If you see signs of heatstroke — rapid panting, bright red tongue, dizziness and vomiting — move the dog into the shade or air conditioning; wrap a cool, wet towel around his or her neck; and head to the vet right away.

By taking precautions with our canine companions and watching out for other dogs, we can help prevent the “dog days of summer” from turning deadly.