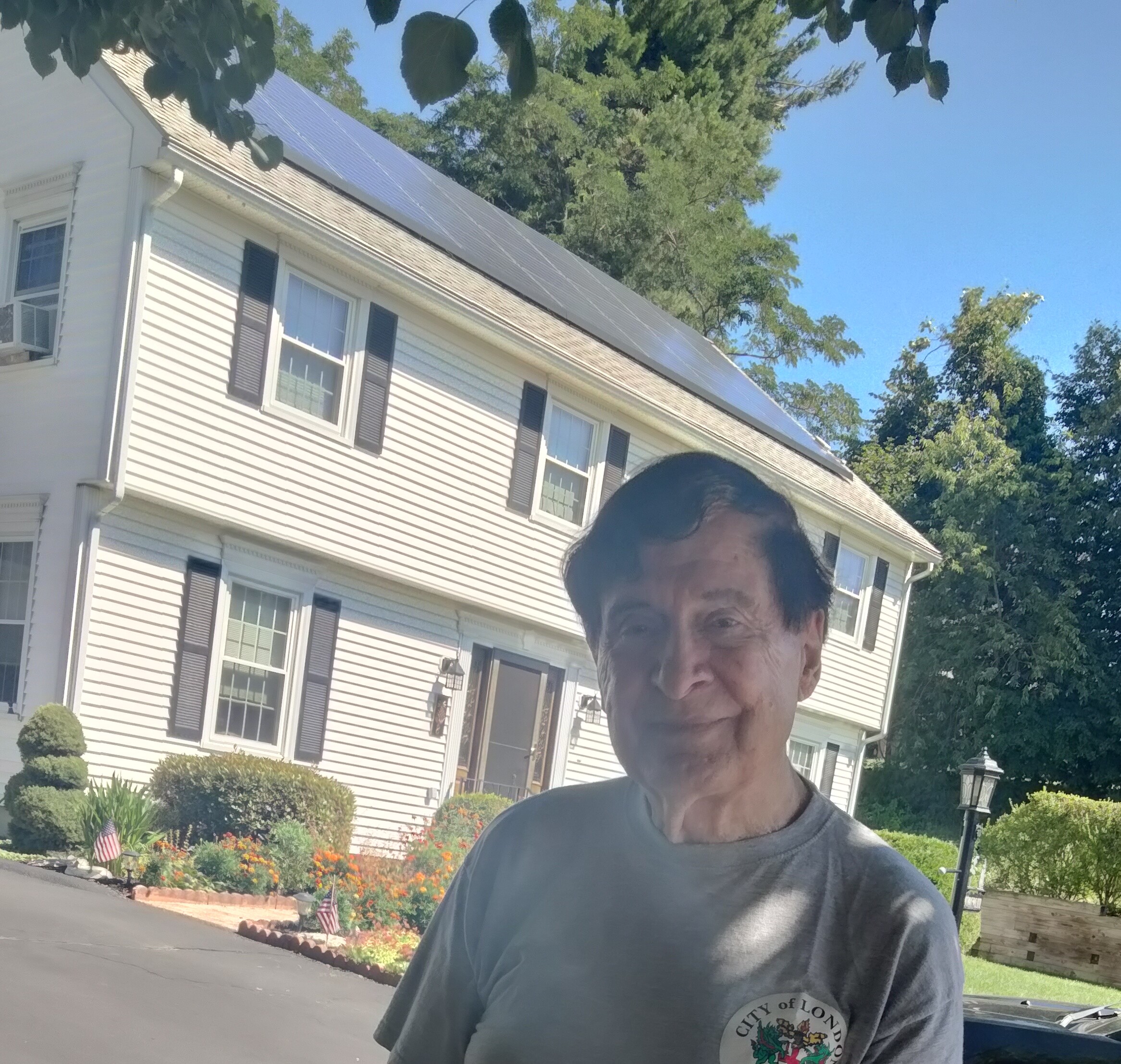 John Monfredo, this summer. John began his WPS teaching career at Lamartine Street School. He later went on to become principal of Belmont Community School. After retiring from our public schools, John ran for the Worcester School Committee and won. He served on the committee for many years. photos: R.T.

All teachers will tell you we never forget some former students – and relish in their success. As a relatively new fifth-grade teacher in the Worcester Public Schools – at the former Lamartine Street School – the same applies to me. One of my former students was Richie Gedman, star Red Sox catcher who just recently was elected with former players David Ortiz and Manny Ramirez into the Red Sox Hall of Fame. 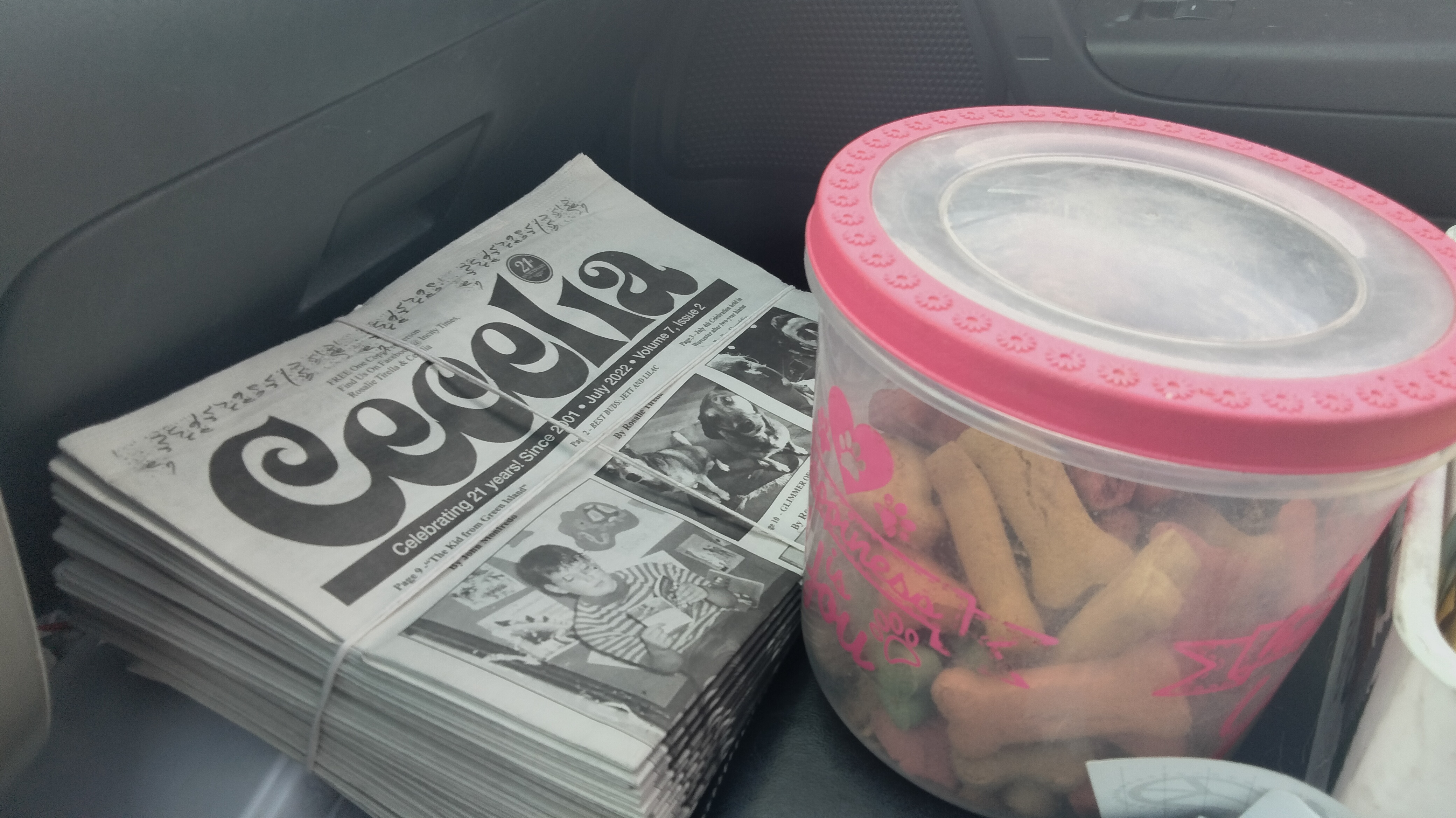 Photo of Rich Gedman when he was John’s student … on the cover of July CECELIA! On stands now!

The significance of this story is that “Geddy” grew up a “stone’s throw” from Polar Park … on Lafayette Street. He is now the batting coach for the Worcester Woo Sox who play at the ballpark a 10- minute walk from his childhood home. See, one can come home again! And you can be remembered by so many in your hometown – and Worcester County. As a matter of fact, the editor/owner/publisher of CECELIA/InCity Times, Rosalie Tirella, “Rose” was another standout student of mine at Lamartine Street School around the same time. She grew up close to where the Gedman’s lived.

Geddy was an outstanding athlete at Lamartine, and he was an outstanding and dominant player later as a student on the St. Peter-Marian High School baseball team. It was there that he caught the eye of many scouts as a pitcher and first baseman. He signed as an undrafted free agent right out of high school, in 1977, and was sent to the instructional league to learn the fine art of being a catcher.

The Red Sox saw the potential in Geddy and wanted to convert him into a catcher. That was what the Red Sox envisioned him to play – and he succeeded! Three years later he was brought up to the Red Sox. He made it to the big leagues, not only because of his ability but because he had the work ethic and drive to make it happen. According to “Geddy,” his greatest thrill was being called up from Pawtucket and putting on that Red Sox uniform!

Rich Gedman went in to have many great years in the 1980s hitting for power and average and played for the Red Sox for 11 years. He also received a number of honors during that time.

Some of the HIGHLIGHTS of his career include:

Twice named an All-Star … The Sporting News AL Rookie of the Year … Selected for the All-Star Team by UPI and The Sporting News … Caught Dennis Eckersley’s one-hitter … Set two AL records for putouts in a game (20) and in consecutive games, for that year Gedman was the battery mate for Red Sox pitcher Roger Clemens when Clemens struck out 20 batters … Hit for the cycle and drove in seven runs against the Blue Jays … Reached base in all five at-bats of historic game 5 of the 1986 American Championship Series.

This included a two-run home run in the second inning and a hit by a pitch in the ninth inning that set up Dave Henderson’s dramatic two-out home run.

As one of his biggest supporters and fans, watching Rich’s career unfold, I was thrilled when he signed with the Red Sox! But I was more excited when he was named Rookie of the Year by Sporting News Magazine. I immediately went to see former Worcester Mayor Jordan Levy and requested that the City honor Rich Gedman – not only because he was named Rookie of the Year but because we were all proud of him as the All-American Boy from our city, Worcester! Levy loved the idea, and I was honored to be named chairman of the committee.

This, Worcester held a Rich Gedman Weekend! The festivities started with a banquet at St. Peter-Marian High School where Rich once attended school and played baseball. Paul X. Tivnan, county commissioner, and I served as masters of ceremonies.

At the dinner, the mayor presented Rich Gedman with the Key to the City and read a special proclamation stating his accomplishments. In addition, the Worcester Chamber of Commerce presented Rich with a special gift from its members. The weekend ended on Sunday with a parade in Rich’s honor. Rich rode proudly with his superstar wife, Sherry Aselton, best known for her own accomplishments (softball) at St. Peter-Marian, where they met. High school sweethearts.

As most teachers will tell you, we enjoy the interaction with our students. Rich was one of the students I had at my and my wife’s house many times, and he went to his first Red Sox game with me. When visiting my house, my wife Anne-Marie would bake him cookies to take home for him and his family. Growing up, Rich always spoke about the Red Sox and, like many youngsters, dreamed of playing for his hometown team. During Lamartine’s recess time, I remember seeing him playing ball and organizing all sorts of sports games in the schoolyard and after school. Other fond memories of Richie in the classroom: he did exceptionally well in school and was one of my leading actors in many of the reading plays that we put on for the school.

All who knew him and those who grew up in the old “Island” congratulate Richie on becoming a member of the Red Sox Hall of Fame! And, in the now Canal District, the Woo Sox recently honored their batting coach with a “Rich Gedman Day” complete with “Geddy” bobbleheads for fans.

We are all very proud of our “Green Island Boy”: 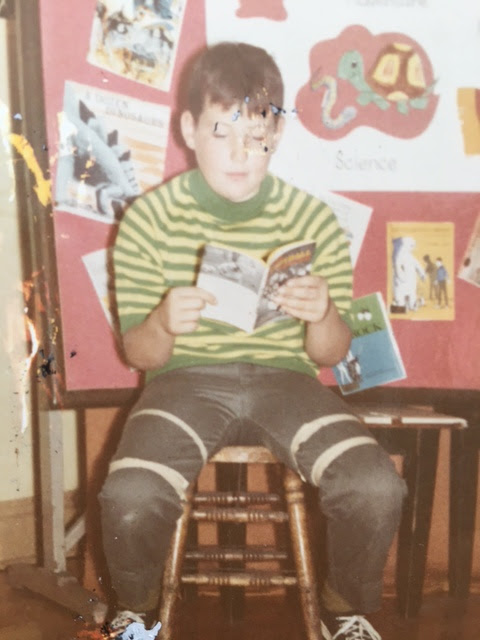 Rich Gedman when he was a 5th grader at Lamartine Street School – here at one of Mr. Monfredo’s classroom reading stations.