The statue of the Indian leader, Massaasoit for whom the State of Massachusetts is named, is located in Plymouth, Massachusetts. The town was the scene on Thanksgiving Day for a gathering of over 1,000 Native Americans and their supporters who held their 52nd annual “National Day of Mourning” to protest what every speaker at two rallies called “the myth of Thanksgiving.” 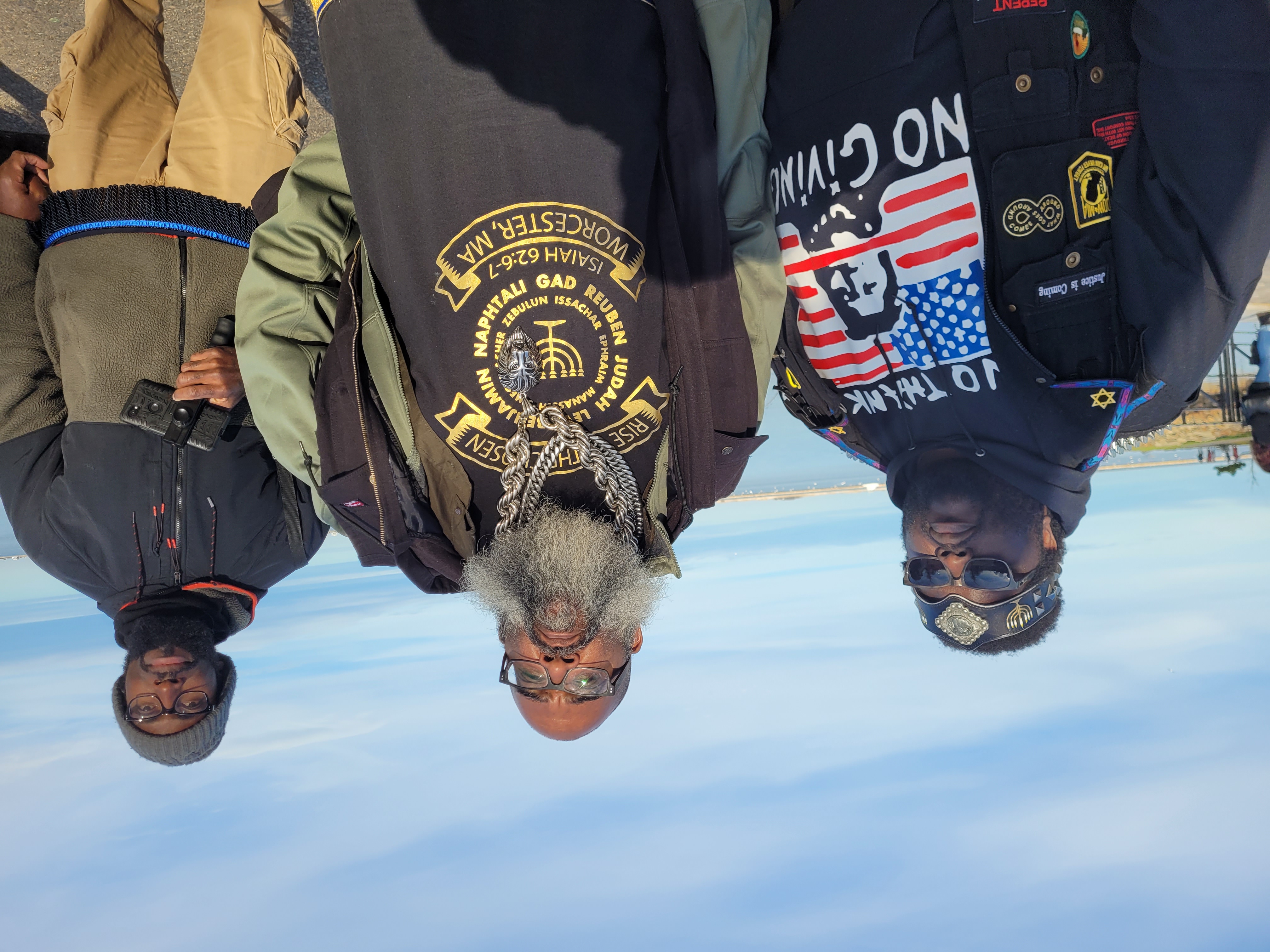 The copy in a flier passed out to those gathered at the demonstration held on Cole’s Hill in Plymouth read: “Many Native people do not celebrate the arrival of the Pilgrims and other European settlers. Thanksgiving Day is a reminder of the genocide of millions of Native people, the theft of Native lands and the erasure of Native Cultures. Participants in National Day of Mourning honor Indigenous ancestors and Native resilience.”

So, in that spirit it was entirely fitting that this year’s protest lead-off speaker was Keisha, the granddaughter of Wamsutter, the Native American local leader who organized the first Day of Mourning, back in 1970. 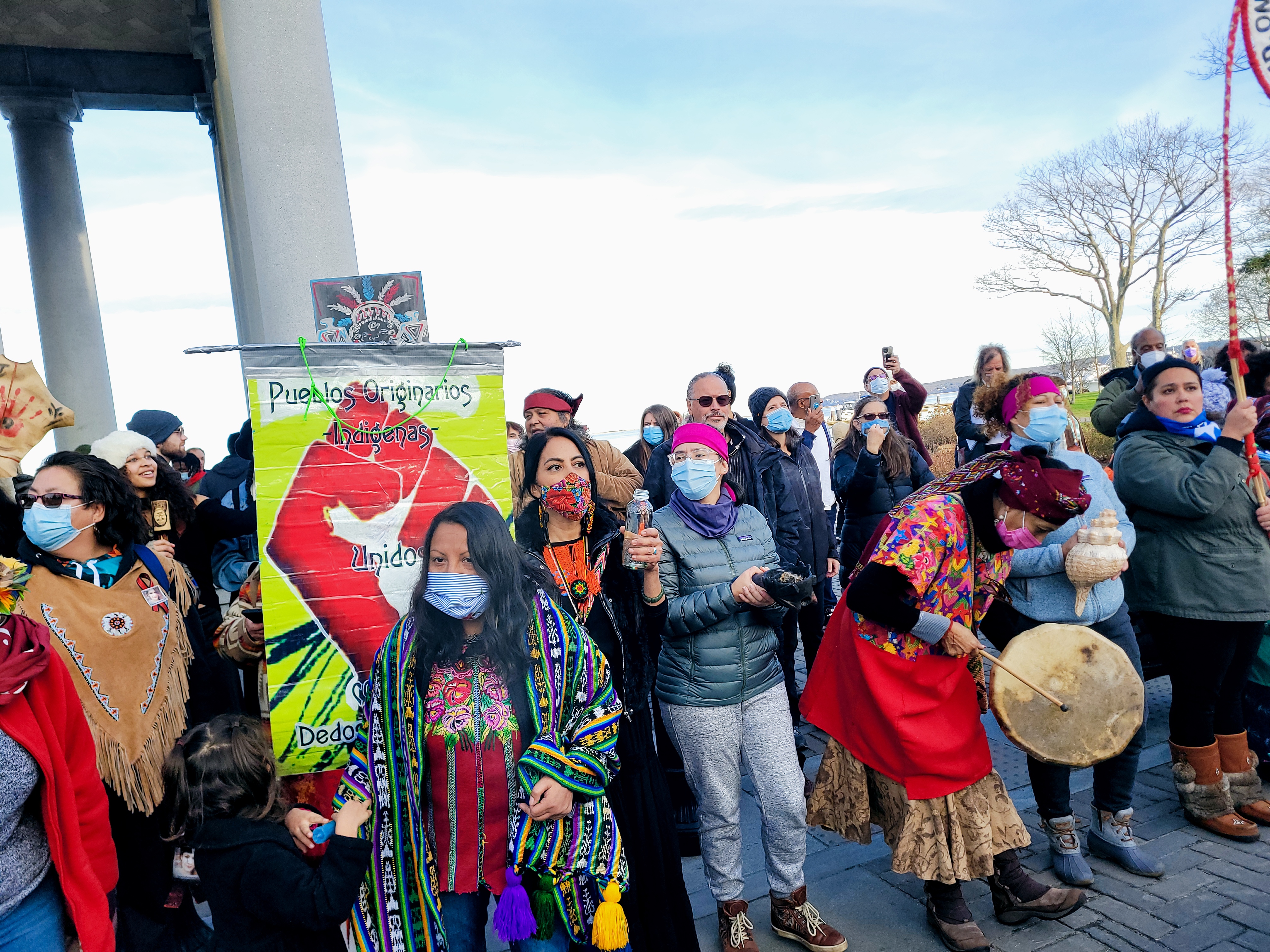 Traditions are held to tightly … and passed on to the next generation.

She was introduced as a “young woman and a recent graduate of Wellesley College.” She revved up the crowd and spoke with a great deal of passion about the Native American community’s distaste for Thanksgiving that has most White European North Americans celebrating the Thanksgiving holiday with joy, happiness and contentment.

She began by saying, “We carry on the tradition and mourn our ancestors and speak truth to power.”

She noted that her grandfather in 1970 ran onto the Mayflower ship that is docked in the Plymouth harbor (not very far from the Plymouth Rock) and “threw the English flag overboard into the ocean.” He later visited the Plymouth museum and took some bones of Native Americans on display there “and gave them a proper burial.”

She also said that Wansutter was warned by the local Pilgrim organizers that when celebrating Thanksgiving that they “did not want a speech that was too inflammatory,” against Thanksgiving.

She said the first gathering of the local protest only had about 200 Native Americans who attended the Day of Mourning. However, since then it has blossomed into a national event drawing for this year’s event both speakers from as far away as New Orleans, Louisiana, and attendees from the Bronx in New York City.

Among those attending the rallies was David E. Smith of Warwick, Rhode Island, who told this reporter that he is “a twelfth generation descendant of Chief Massasoit.”

The legislation was sponsored by both Representative Joe Baca, (D – CA) and the late Senator John McCain, (R – Arizona) who was the Chair of the United States Senate Committee on Indian Affairs at the time this law was enacted. The day for this holiday is “designated as the Friday after Thanksgiving to pay tribute to Native Americans for their many contributions to the United States.” 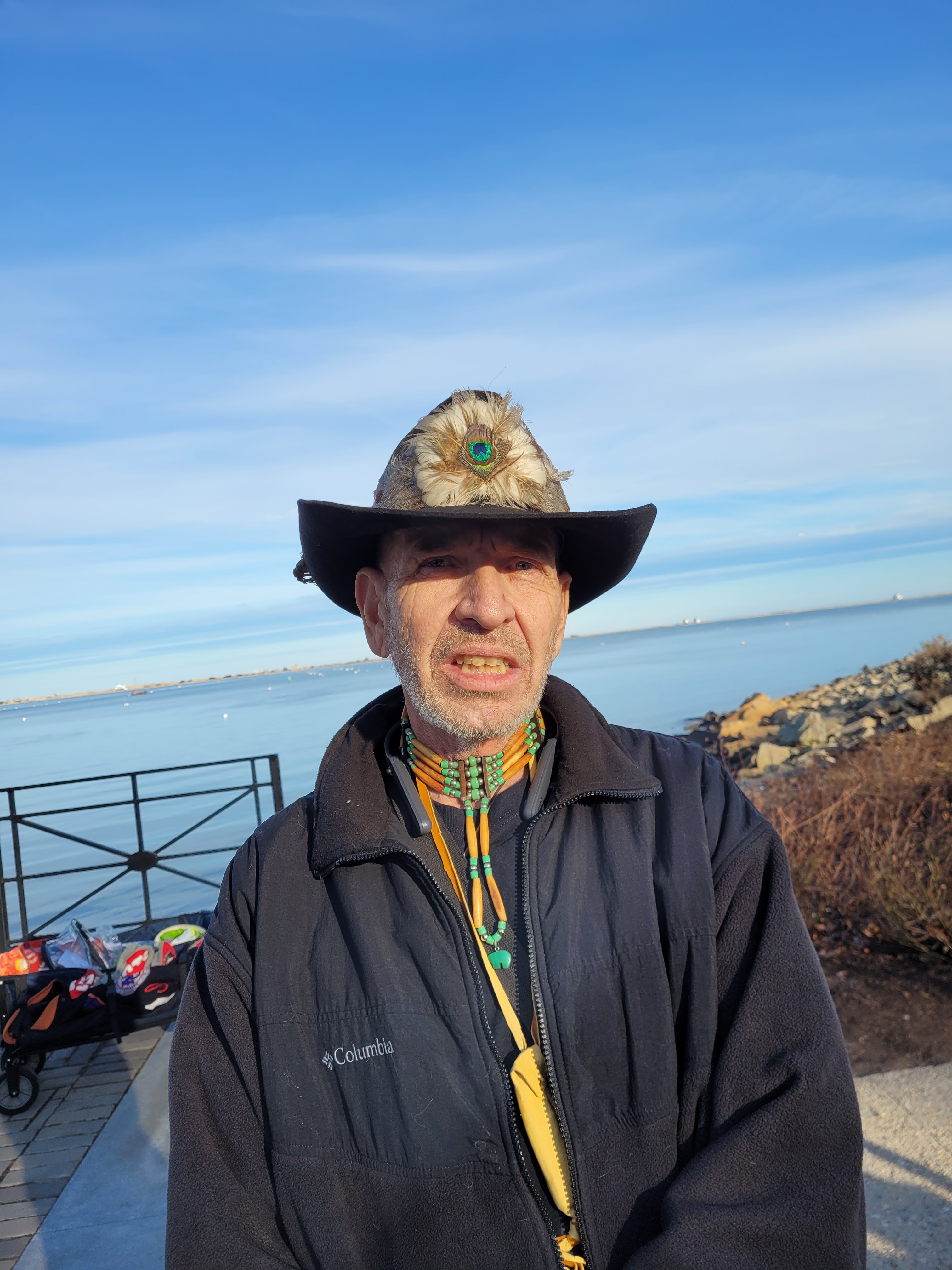 President Joe Biden should pass an executive order: FREE COMMUNITY COLLEGE FOR ALL NATIVE AMERICANS. A helping hand into the middle class …

This reporter could not miss the opportunity to ask Massaasoit’s “many great grandson” to comment on “Native American Heritage Day.” Smith said, “The United States [government] can do whatever they want. There are two governments, the United States government and the Indian government. They are not my government.”

Also in attendance at the protests was a delegation from Worcester. I interviewed Bon Banyamyan, a leader of a ministry called, “The Rise of the Chosen” which is located near downtown Worcester. Banyamyan described his spiritual movement as “a Hebraic Bible-based Street ministry.” He said he traveled from Worcester on Thanksgiving to the National Day of Mourning “to stand in solidarity with his Native American brothers and sisters.”