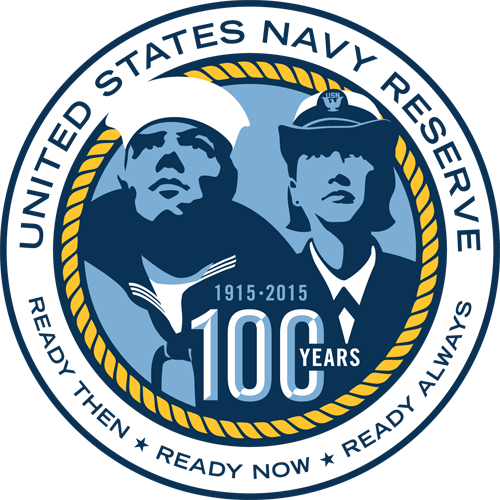 Washington DC – The Navy Reserve will mark its centennial anniversary Tuesday, March 3, with a series of events starting in Washington DC and continuing at installations around the country during the year. The events will highlight the history of the Navy Reserve and the remarkable contributions Reserve Sailors have made to the nation’s security.

“Our Centennial commemoration is a truly a once in a lifetime opportunity to highlight the Reserve Sailors for their service, and that of their families, to America.” said, Vice Admiral Robin Braun. “We want to recognize our rich history and heritage with all of our Sailors, both past and present.”

For 100 years Navy Reserve Sailors have answered our nation’s call in times of war and peace.  From communities across America, young men and women left their homes and jobs, trading out civilian clothes for Navy uniforms. From its earliest days, the Navy Reserve has reflected the face of the nation, welcoming members from every race, color, creed and gender to strengthen our Force.

Congress authorized the establishment of the Federal Naval Reserve on March 3, 1915. Initially, the only Sailors eligible to enroll were enlisted Navy veterans. On August 29, 1916, with the prospect of America’s entry into World War I looming, the Navy Reserve reorganized to allow the enrollment of non-veterans and was designated as the U.S. Naval Reserve Force.

When the U.S. entered World War I on April 6, 1917, there were 8,000 Sailors serving in the Navy Reserve Force. When the fighting ended on November 11, 1918, more than 250,000 Reserve Sailors were on active duty, which was more than half of the war-time Navy. These Sailors included 12,000 pioneering women – who were all released from active duty by 1920 not to serve again until World War II.

More than 22,000 Reserve Sailors were mobilized for the first Gulf War in the first post-Cold War test of the Force, and since September 11, 2001, there have been more than 70,000 Selected Reserve mobilizations, along with an additional 4,500 deployments by Full Time Support Sailors, including more than 8,000 who have done a second combat tour.

Navy Reserve Sailors deliver essential skills and capabilities to the Navy and Joint Forces wherever and whenever needed. They possess in-depth knowledge and experience that complement critical Navy missions and provide best-practices, technical skills, process management and demonstrated leadership from vastly different work cultures to the Navy.

With nearly one quarter of the Navy Reserve Force providing support to the active duty Navy on any given day, today’s Navy Reserve is the most combat and operationally experienced Force in decades.

Navy Reserve Sailors are patriots who balance the demands of family life, civilian careers, community service and the United States Navy, bringing diverse, dedicated backgrounds from all walks of life. Navy Reserve Sailors are successful because of the magnificent support they get from their families, employers and friends throughout their community.

For information on Centennial events, as well as the history and heritage of the Navy Reserve, please visit www.navyreservecentennial.com.