In the Canal District Talkin’ Trash!

You’d think with thousands of people in the Canal District DAILY, the City of Worcester would have A PLAN TO EMPTY CD GARBAGE CANS DAILY … and maybe even hose down the streets a few times a week. There’s nothing quaint or easy peasy about the situation: It’s not a few paper cups tossed into a few trash receptacles. It’s heaping – we mean heaping – trash cans at the end of each and every day, overflowing onto Millbury, Water and Green streets’ sidewalks BECAUSE HUNDREDS AND HUNDREDS OF PEOPLE VISIT THE NEIGHBORHOOD DAILY! Thousands on weekends. 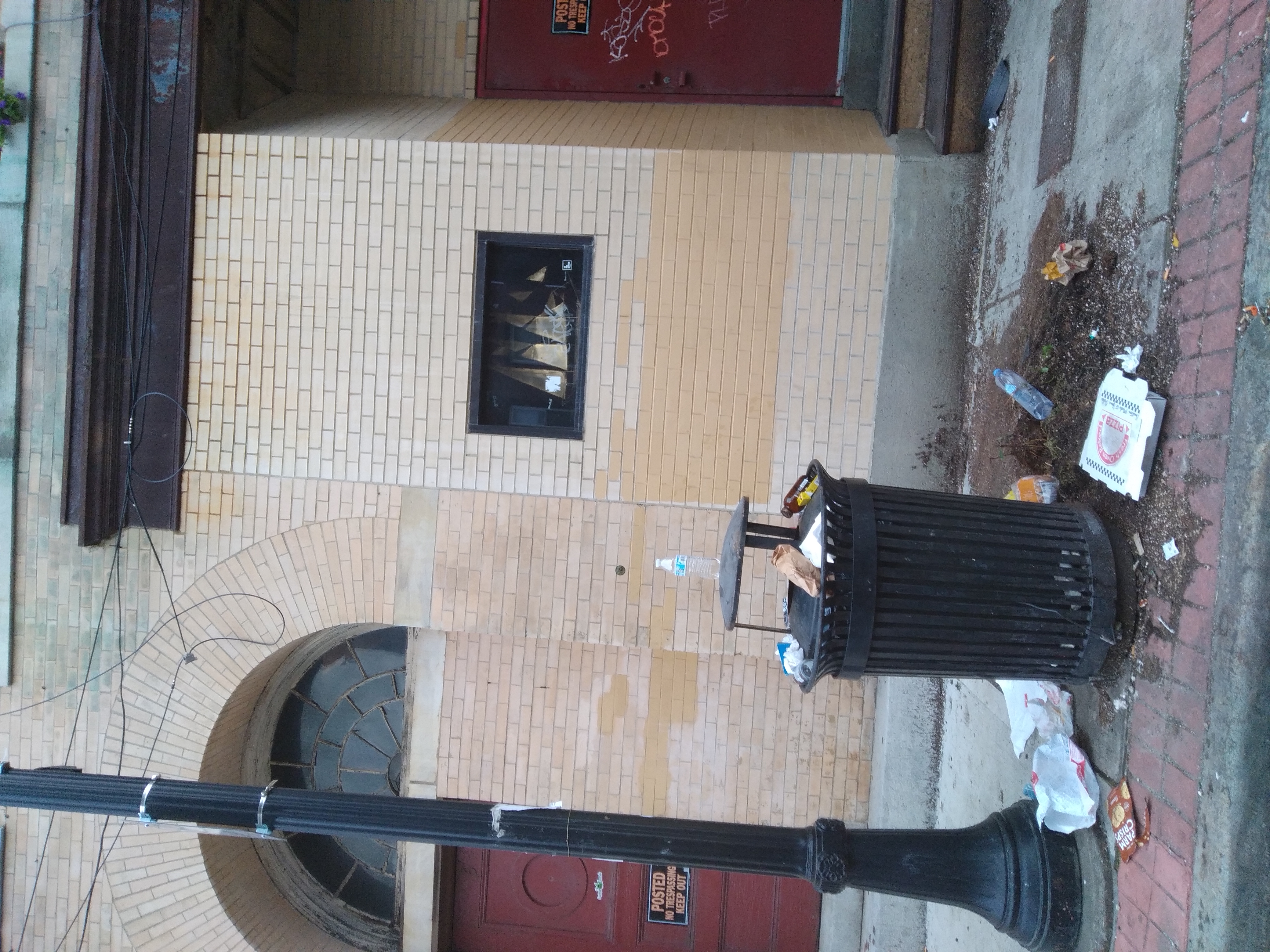 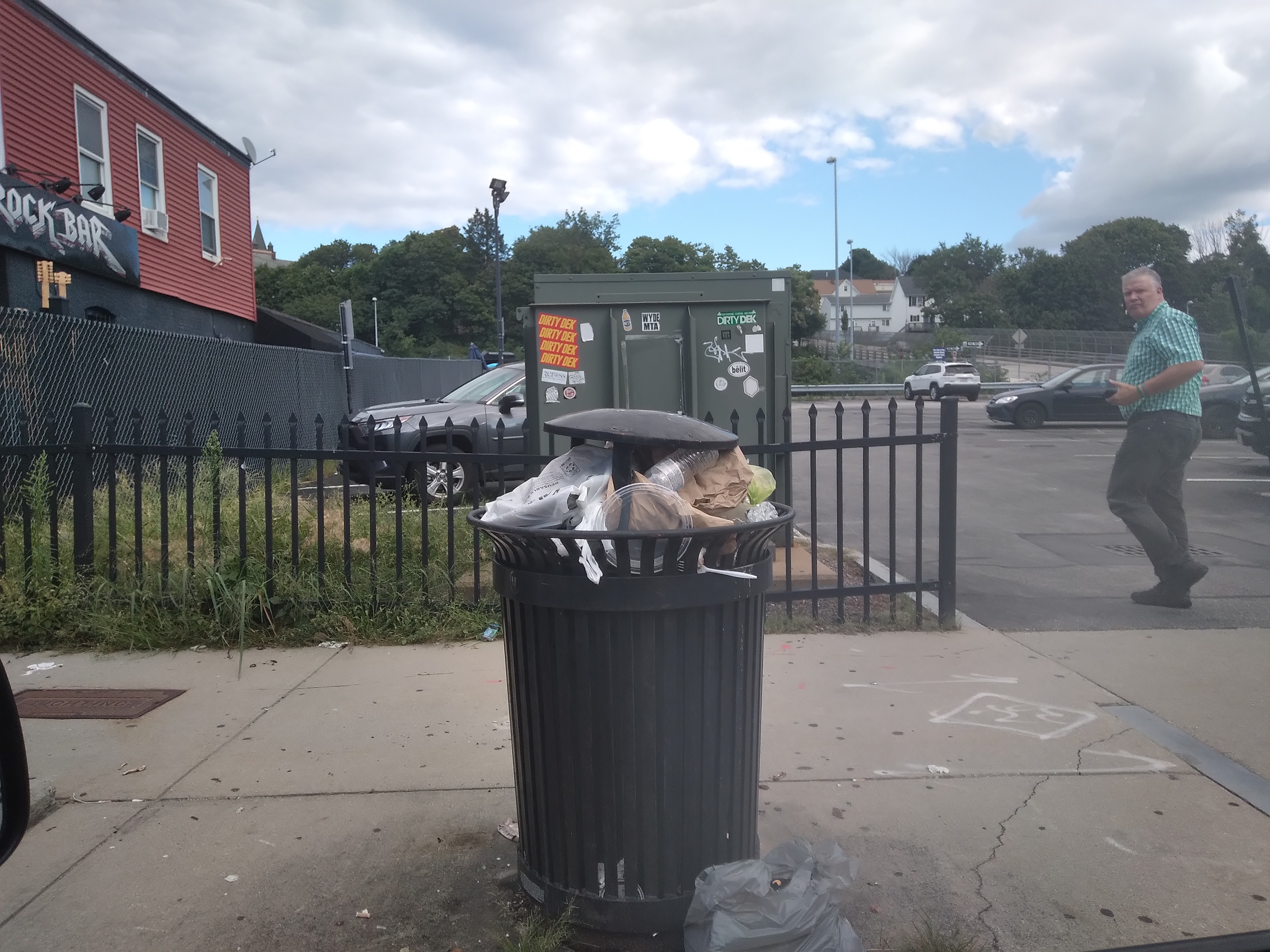 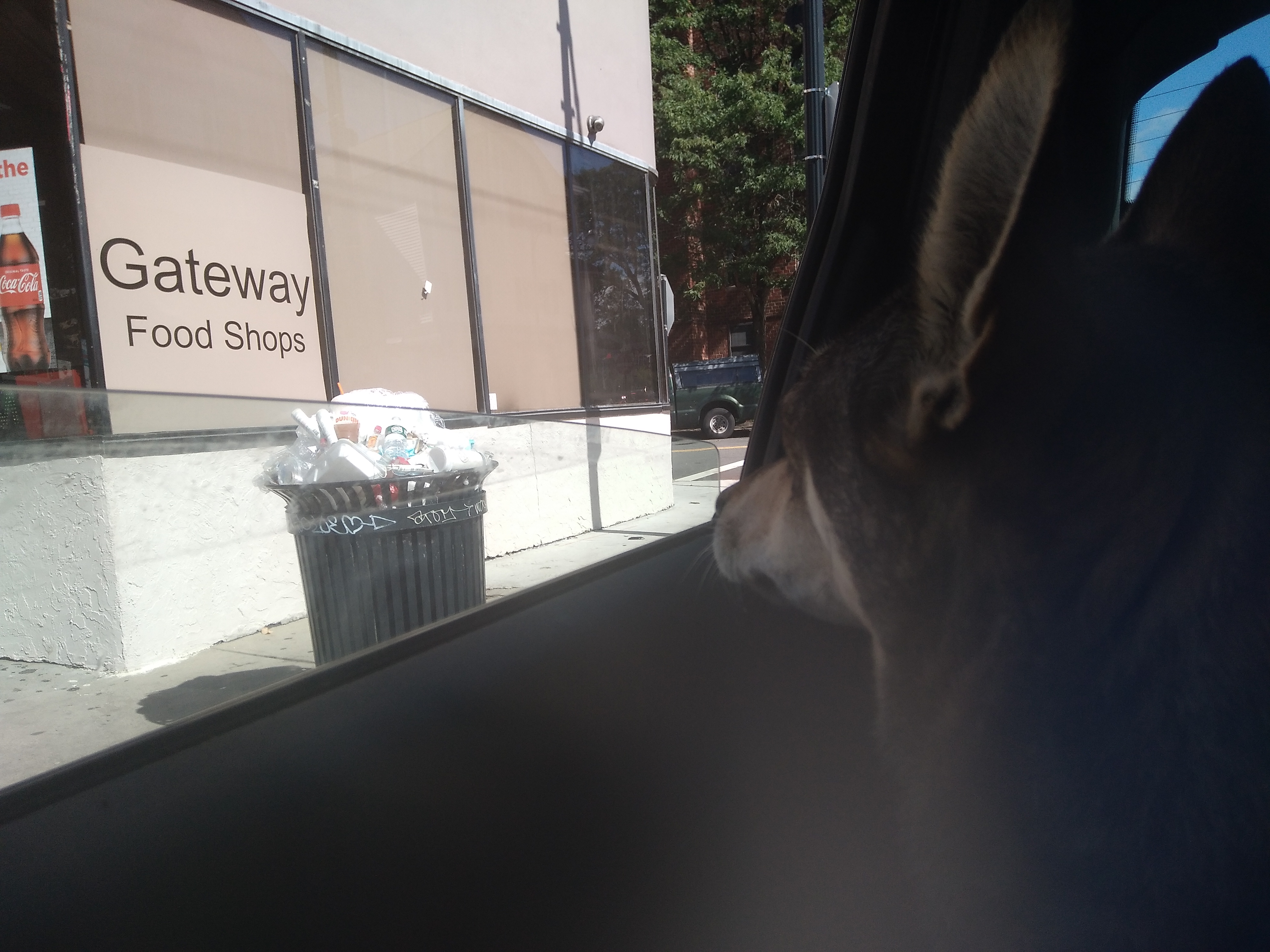 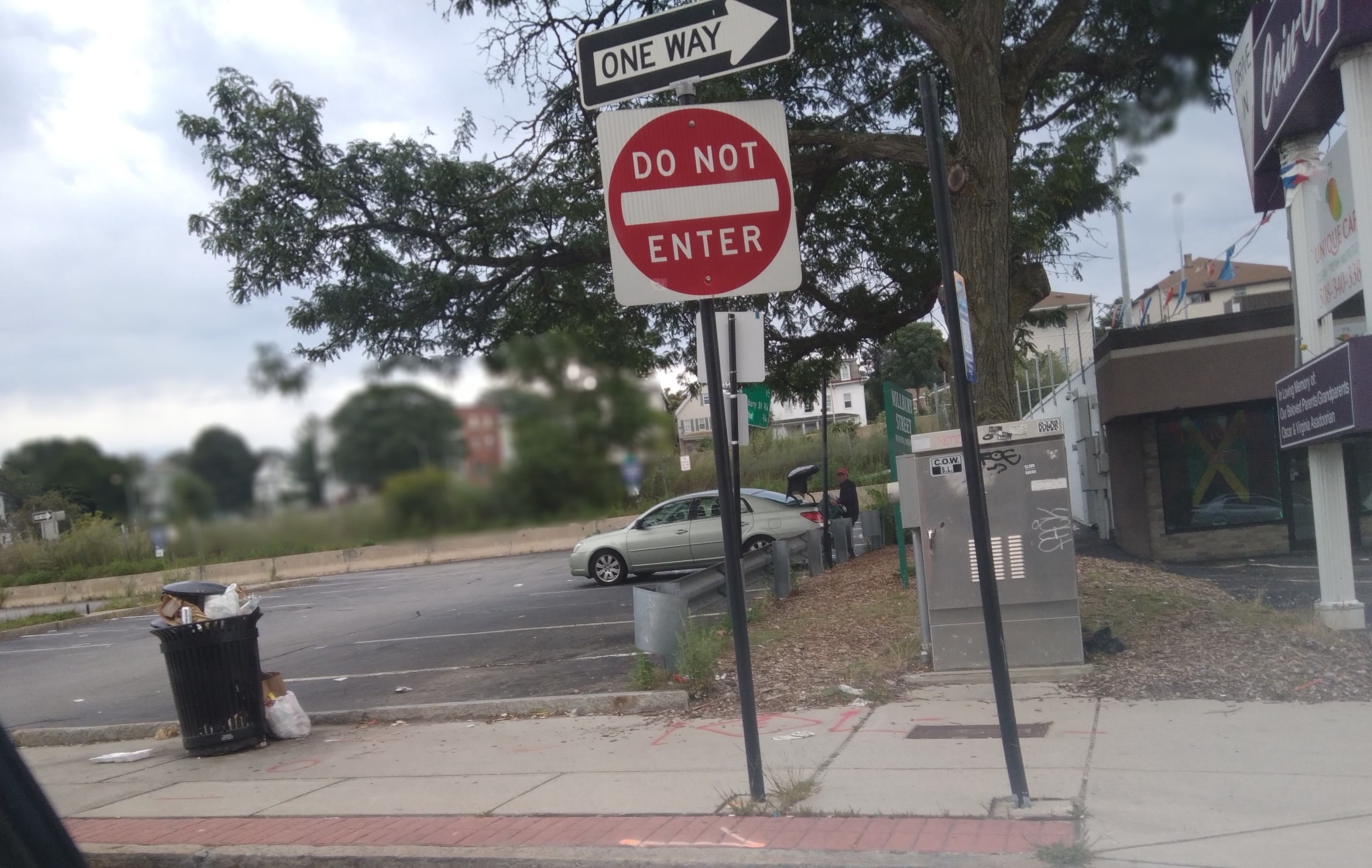 Outside the old Oscar’s Cleaners – now a laundromat but still owned by the Asadorian family. 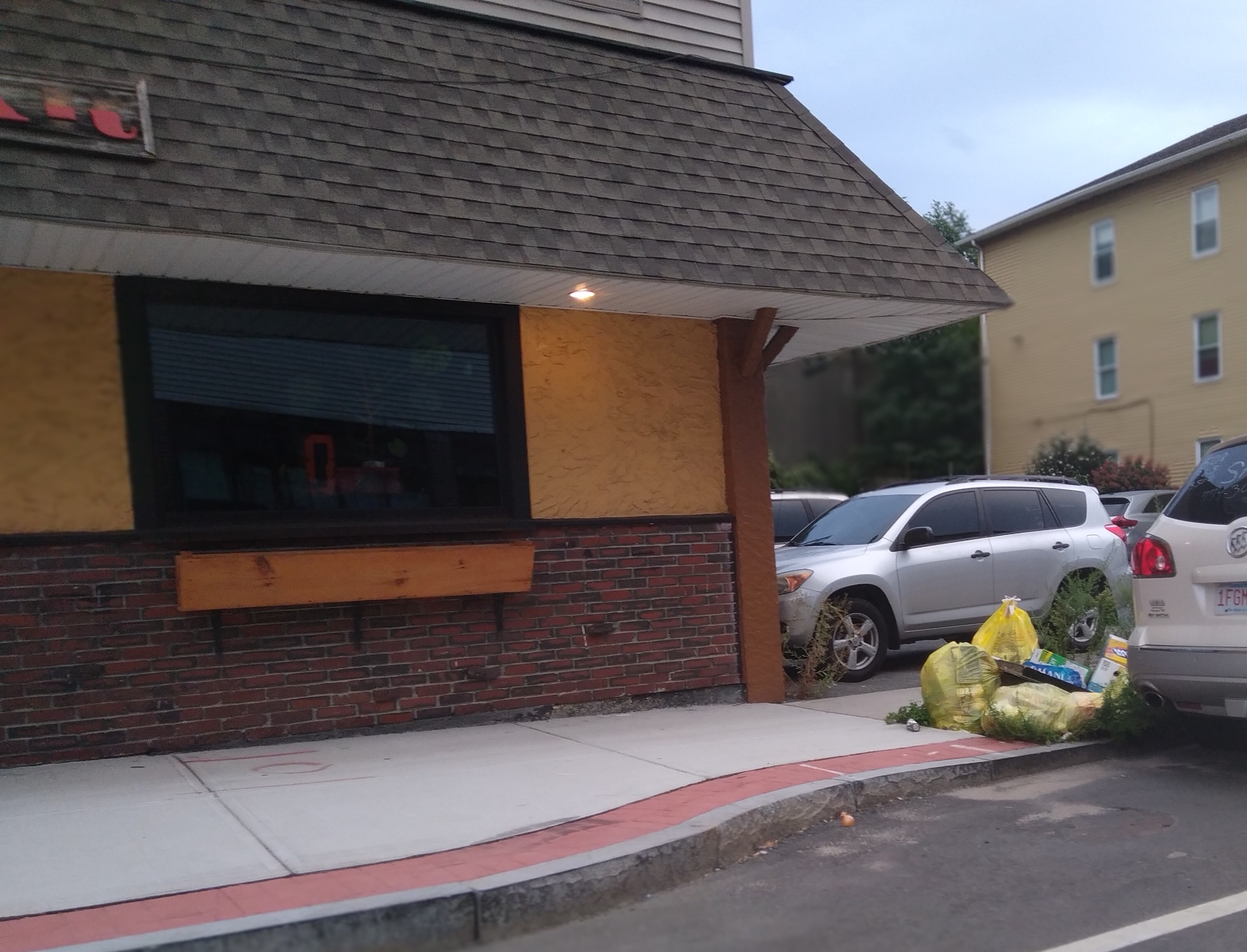 Why should it be on the Canal District’s small biz folks to do major garbage removal? THIS MESS IS SOMETHING FOR THE City of Worcester DPW department to tackle! – people with garbage trucks carrying working men/women with big muscles wearing those protective gloves. IT’S A JOB, not an afterthought. The biggest slob of them all: Bobby Largesse’s Hotel Vernon. He never empties the trash …

The National Institutes of Health (NIH) is our nation’s foremost medical research authority, charged with the lofty and admirable goal of seeking scientific knowledge to “enhance health, lengthen life, and reduce illness and disability.” But under the leadership of Director Francis Collins, the agency has repeatedly failed in this mission and squandered tens of billions in taxpayer money.

Lots of animal research is not applicable to humans! STOP THE ANIMAL TORTURE – INCLUDING NEEDLESS INHUMANE TESTS ON SWEET MICE, BEAGLES AND GOLDEN RETRIEVERS!!!! 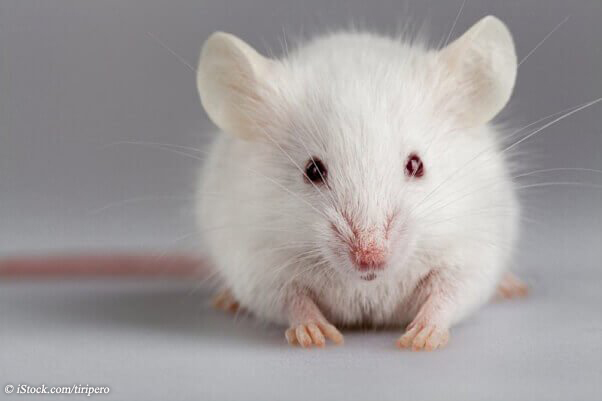 Collins’ apparent lack of interest in fostering scientific excellence and his inability to steer the agency toward innovative, cutting-edge research makes him ill-suited to lead NIH, and his continued occupation of the captain’s chair threatens to torpedo this country’s position as a world leader in scientific research.

Collins’ reign at NIH, beginning in 2009, has been marked by an acute lack of vision. Inexplicably choosing to mine the dusty defeats of the past for future success, Collins has directed nearly half the agency’s taxpayer-funded budget of $41 billion toward cruel and senseless animal experimentation, despite overwhelming scientific evidence that animal studies seldom result in effective treatments and cures for human diseases.

Ninety percent of basic research — the kind that Collins loves and most of which involves animals—fails to lead to treatments for humans. A whopping 95% of pharmaceutical drugs that test safe and effective in animals are unsuccessful in human clinical trials. And in its strategic plan for 2016 through 2020, NIH actually acknowledged that “animal models often fail to provide good ways to mimic disease or predict how drugs will work in humans.”

Yet, in spite of these clear failures, NIH just can’t seem to quit animal experimentation. At a workshop earlier this year, the institute discussed the well-documented difficulties of applying results from animals — including dogs, cats, monkeys, mice, rats, and rabbits — to humans. Its solution? Continuing to chase the unicorn, it settled on “better” animal experiments.

But Collins’ loyalty isn’t even to science or the health of Americans — it’s to the old methods and to his constituency, which is largely made up of animal experimenters. So our tax dollars are helping to prop up the animal experimentation industry. Myriad animal breeders and suppliers as well as companies that make everything from lab cages and equipment to kibble have found a good friend in Collins, who continues to provide for them with $19 billion a year.

That’s not just a waste of money and a waste of precious lives — it’s also a wasted opportunity. It’s endless suffering for those who desperately need new treatments that are left undiscovered. It is, at its core, poor leadership.

Collins has also refused to curb, or even acknowledge, the rampant negligence, cruelty, and repeated violations of federal law in his agency’s own animal laboratories.

From January 2018 to June 2021, 75 cases of serious animal welfare violations were documented in NIH’s Maryland laboratories. Animals suffocated, starved, and died of dehydration. They were injected with the wrong drugs and subjected to unapproved procedures. They became entrapped in parts of the equipment and died while frantically struggling to escape. One mouse burst into flames — yes, you read that right — when experimenters failed to notice that alcohol fumes had built up during a heat-generating surgery.

But not a word about any of that from Collins, who either doesn’t know or doesn’t care. Either way, it’s an indictment. That’s not how a leader leads.

NIH should be the world leader in cutting-edge scientific research. Squandering billions looking for solutions to this century’s problems with cruel 20th century methods is not leadership. Just the opposite. NIH needs a leader with vision, one who embraces the advancement of human-centric methods that can produce real-world remedies for human maladies. It’s what we deserve, and quite frankly, it’s what we’ve already paid for. Collins has had more than a decade to move NIH into the future. He has proved himself incapable. It’s time for someone new.