The front entrance to Worcester City Hall was the scene on August 10 of a rally against violence that was sponsored by the Worcester Inter Faith Council. The date of the rally – which featured many speakers from the community that included local politicians, members of the local clergy, community activists and members of the Worcester City Council – coincided with what would have been the 45th birthday of a recent victim of gun violence in Worcester, Carlos M. Cruz. Cruz was senselessly gunned down on May 18 at the corner of Chandler and Queen streets. 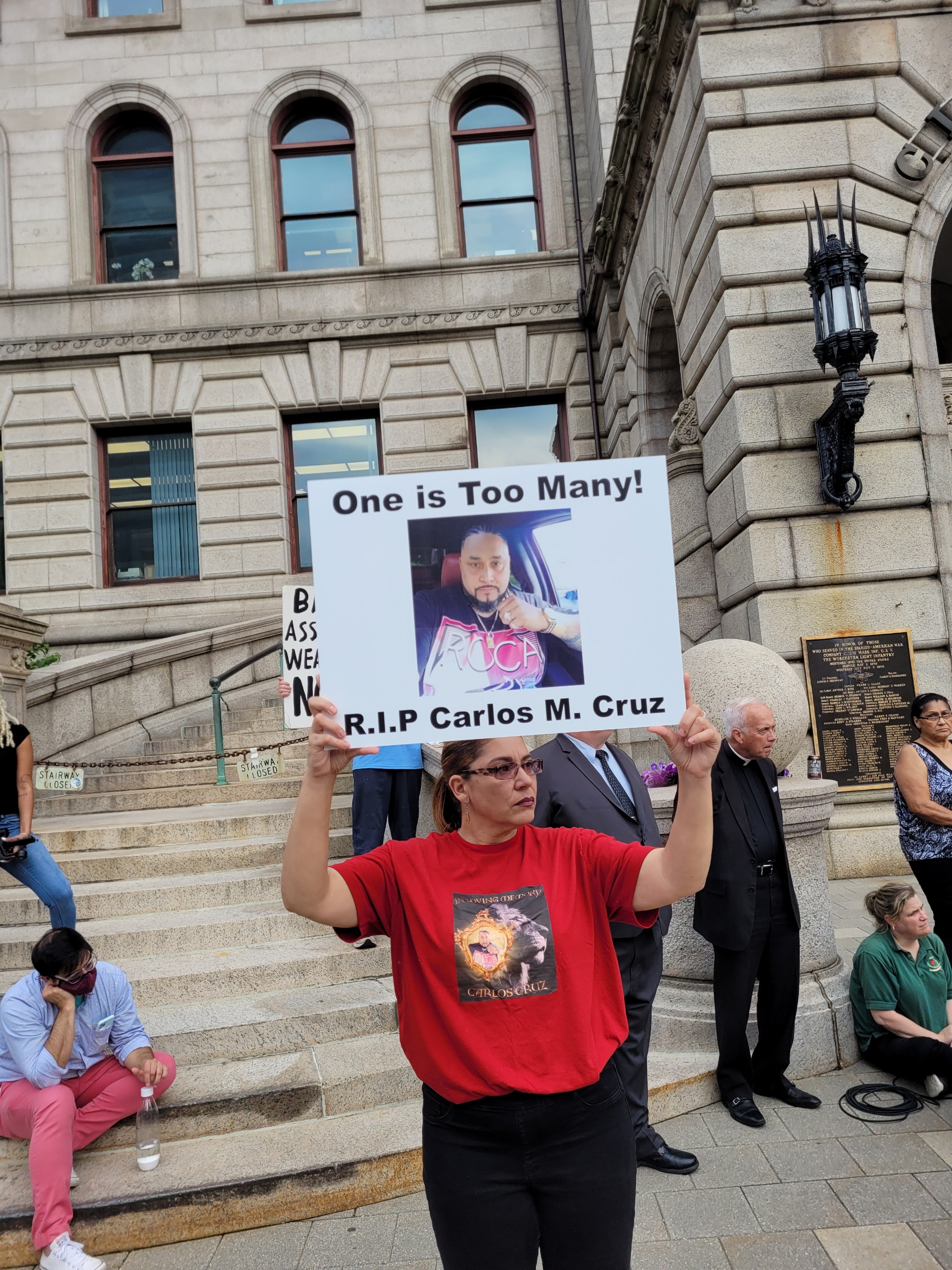 In an interview with his brother after the rally, he told this reporter that his brother was trying to be a “peacemaker” in an argument with a mutual acquaintance and was shot dead on the spot. He said the police have apprehended the suspect who was deemed by the court to be “dangerous” and, as a result, still remains in confinement.

Perhaps the most emotionally moving of all the speakers was Carlos’s mother
who addressed the rally completely in Spanish as she was supported by her other son. When she spoke, there was not a dry eye among members of the audience and there was complete silence. This is something that no mother should have to do: bury her son or daughter. 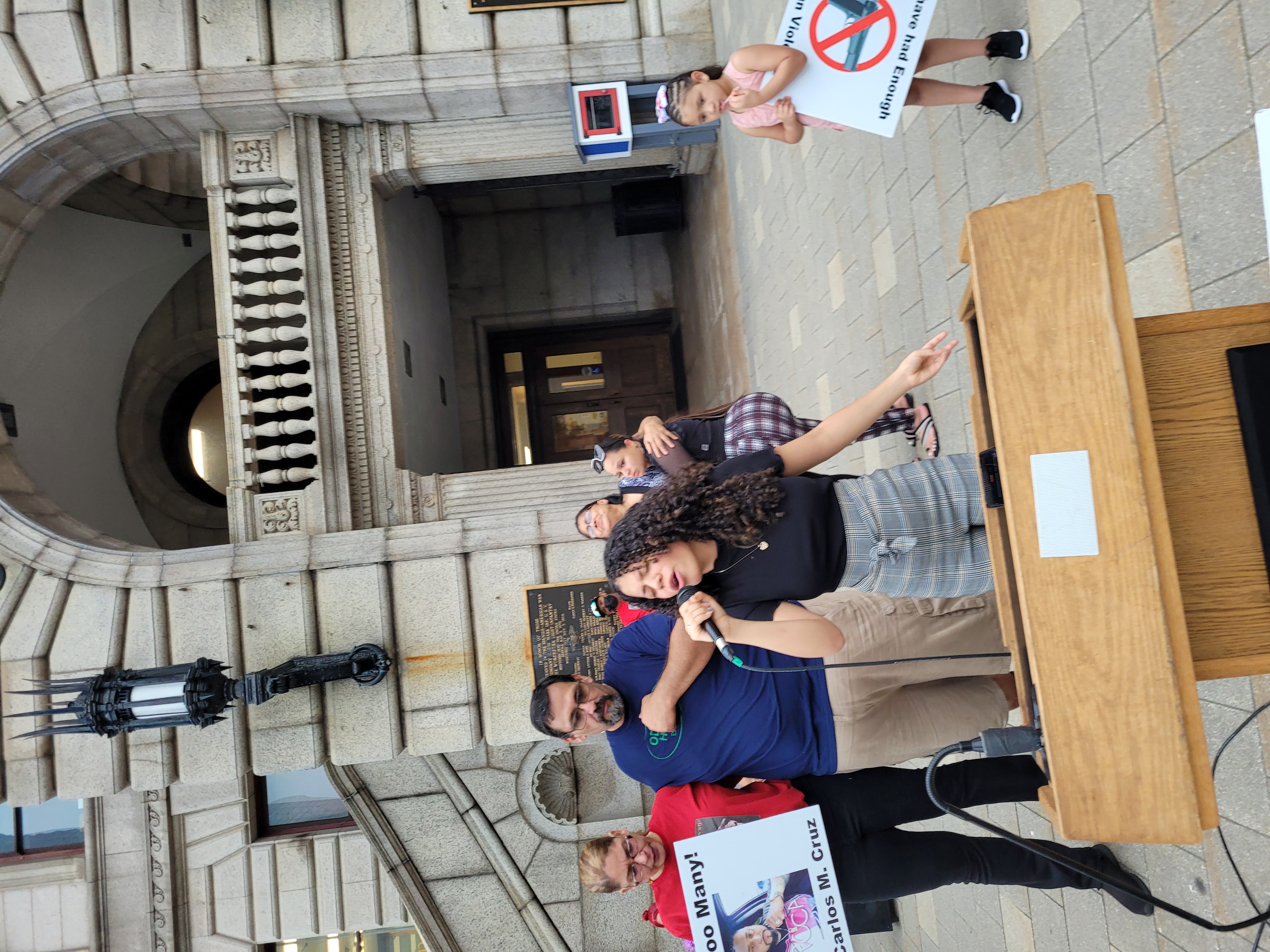 A young singer moves the crowd …

Among those family members who also spoke were Carlos’s brother and his cousin, Beatrice Ayala, who told the crowd, “Carlos’s mother can’t sleep” over the loss of her son. Carlos also left behind two young children. “Carlos was killed and his mother will never see her son, again,” she said. She told attendants of the rally, “… we are tired, but God will prevail.” 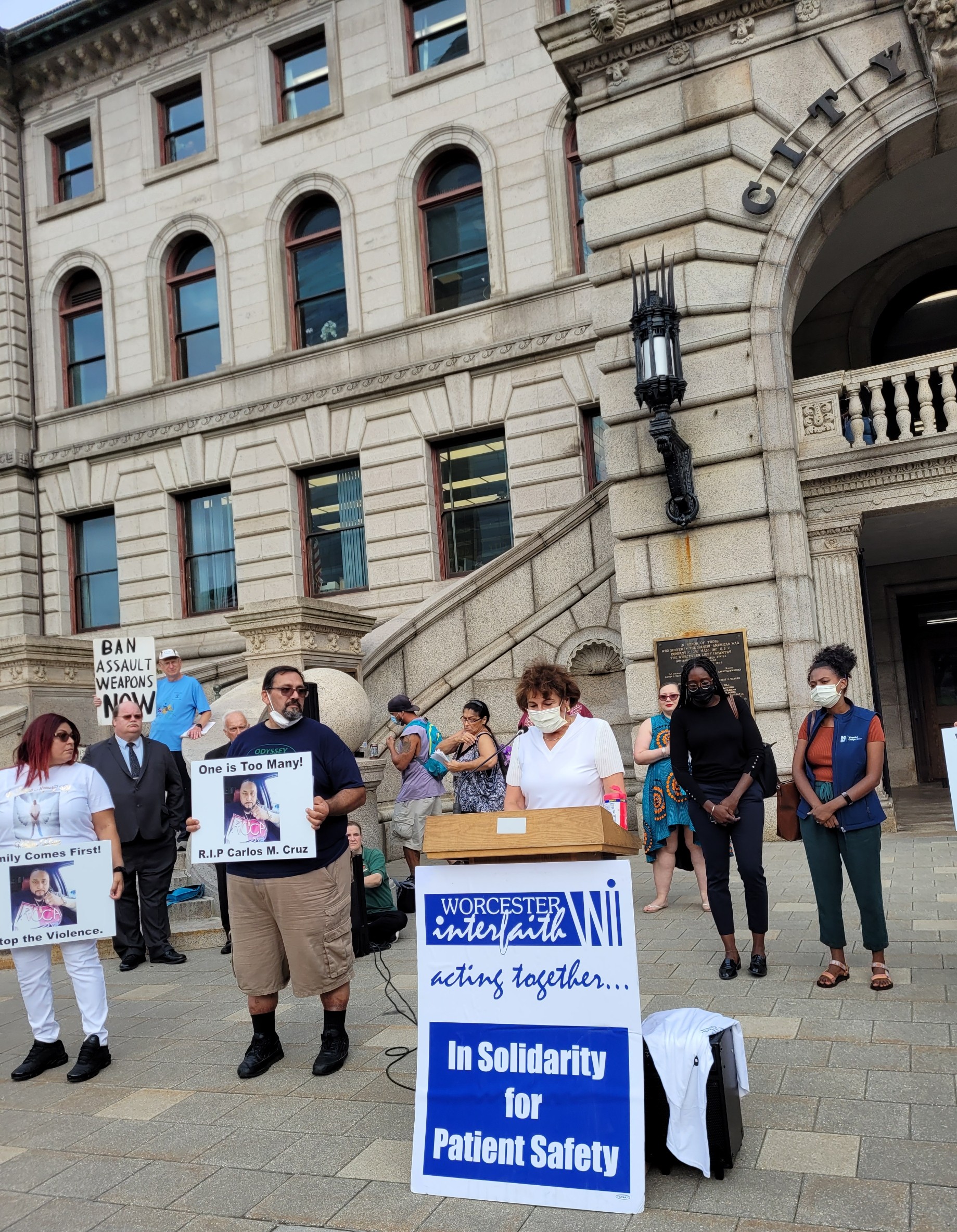 It was hot and humid the day of the rally; nevertheless, it was well attended.

Another member of Carlos’s family who also spoke was his sister Sanjay Perez who told the crowd, “He (Carlos) always made sure everyone felt safe. He always had your back. We are in pain because someone took him from us.”

Carlos was also eulogized by a colleague of his, Stephen Lajoie from the University of Massachusetts Medical Center in Worcester where Carlos worked as a member of the housekeeping staff. Lajoie said just prior to the time that Carlos was gunned down he was on the way to becoming certified as a Personal Care Assistant, PCA, at UMass. In an interview with Lajoie, who serves as the Business Agent for Local 1445 of the United Food and Commercial Workers Union, (UFCW), AFL – CIO at the hospital, he said the day after Carlos was murdered, “everyone at UMASS was deeply hurt.” 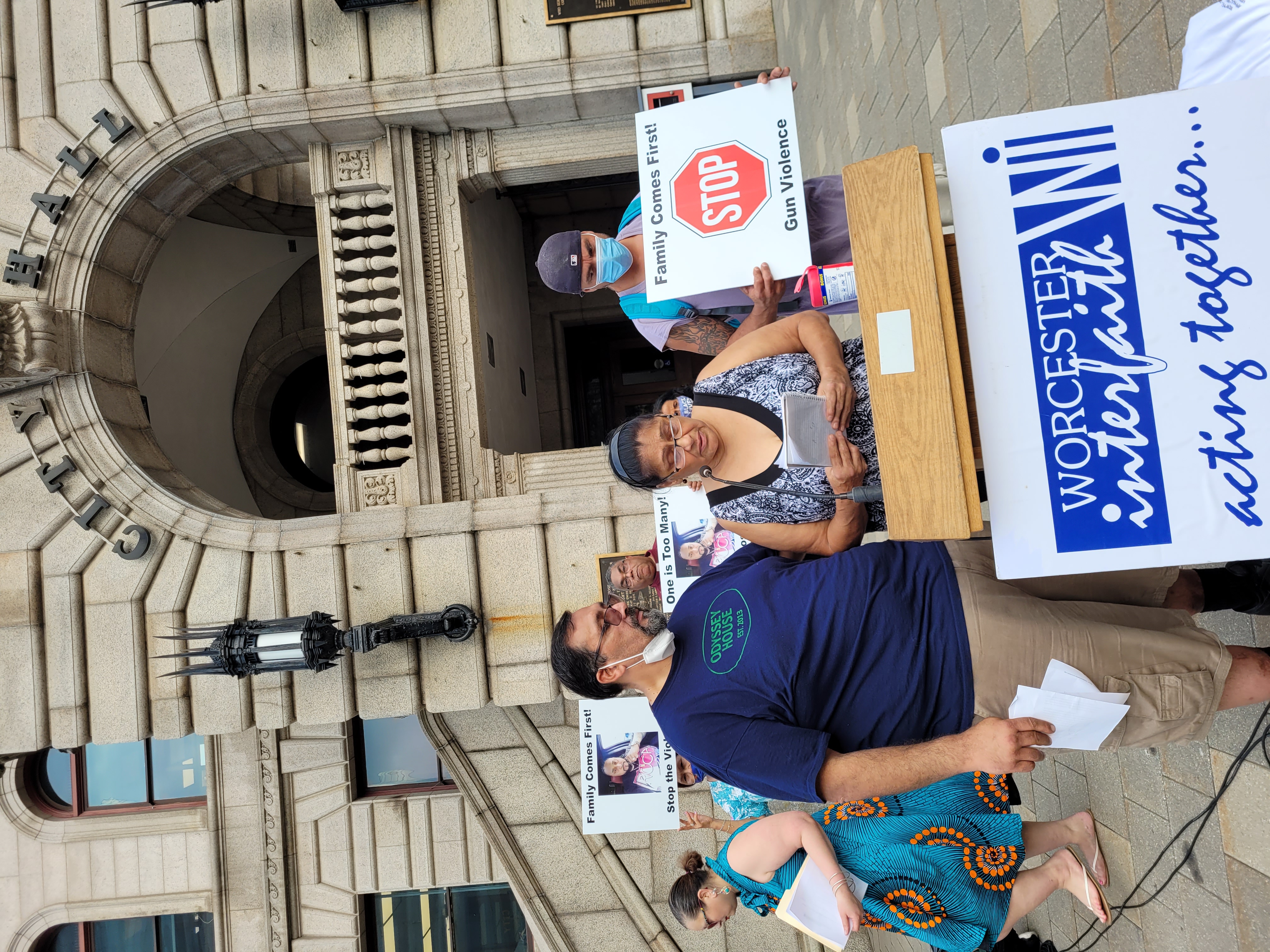 A family, a community, mourns … 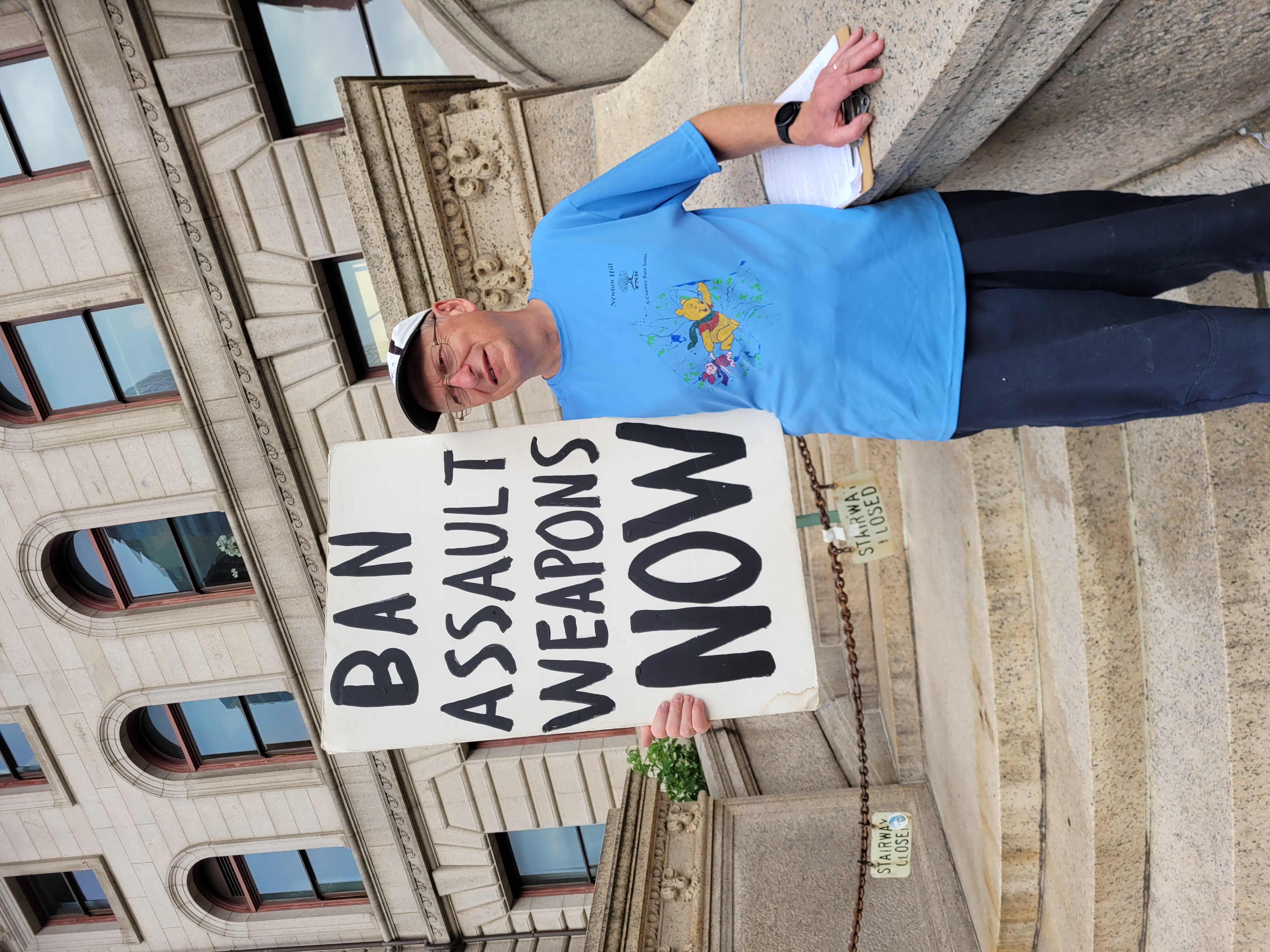