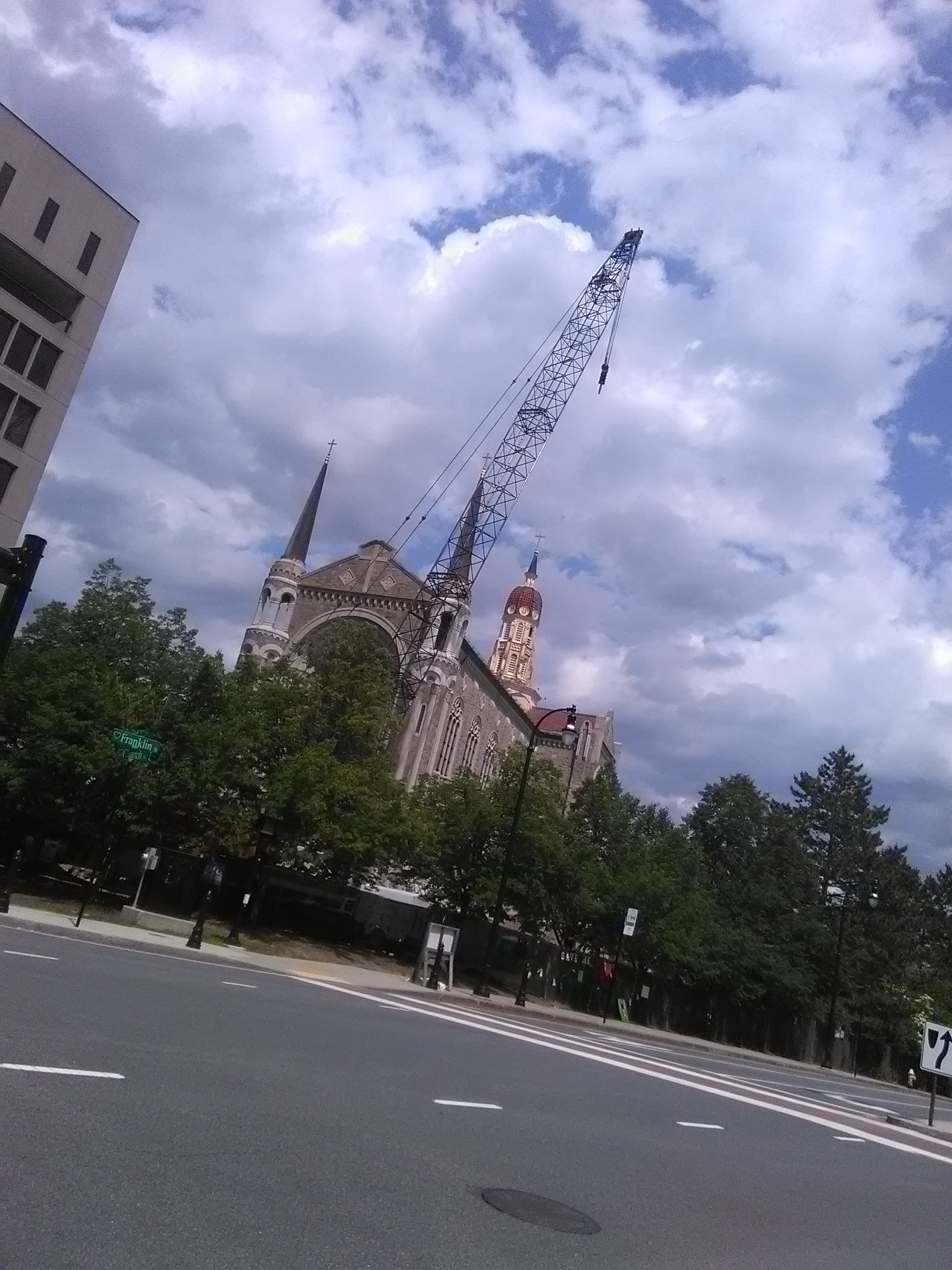 Thirteen Massachusetts residents, including community leaders and members of the Save Notre Dame Alliance, filed an appeal yesterday in the Massachusetts Appeals Court of Monday’s ruling by Superior Court Judge Gavin Reardon denying a motion for an injunction to prevent demolition of Notre Dame des Canadiens before state review is completed.

After reviewing Judge Reardon’s ruling, the plaintiffs believe that his interpretation of the law is incorrect. Plaintiffs have retained the services of the Boston environmental law firm McGregor & Legere, PC to represent them in their interlocutory appeal, with ongoing support from attorney Robert Scott of Hector E. Pineiro Law Offices of Worcester. 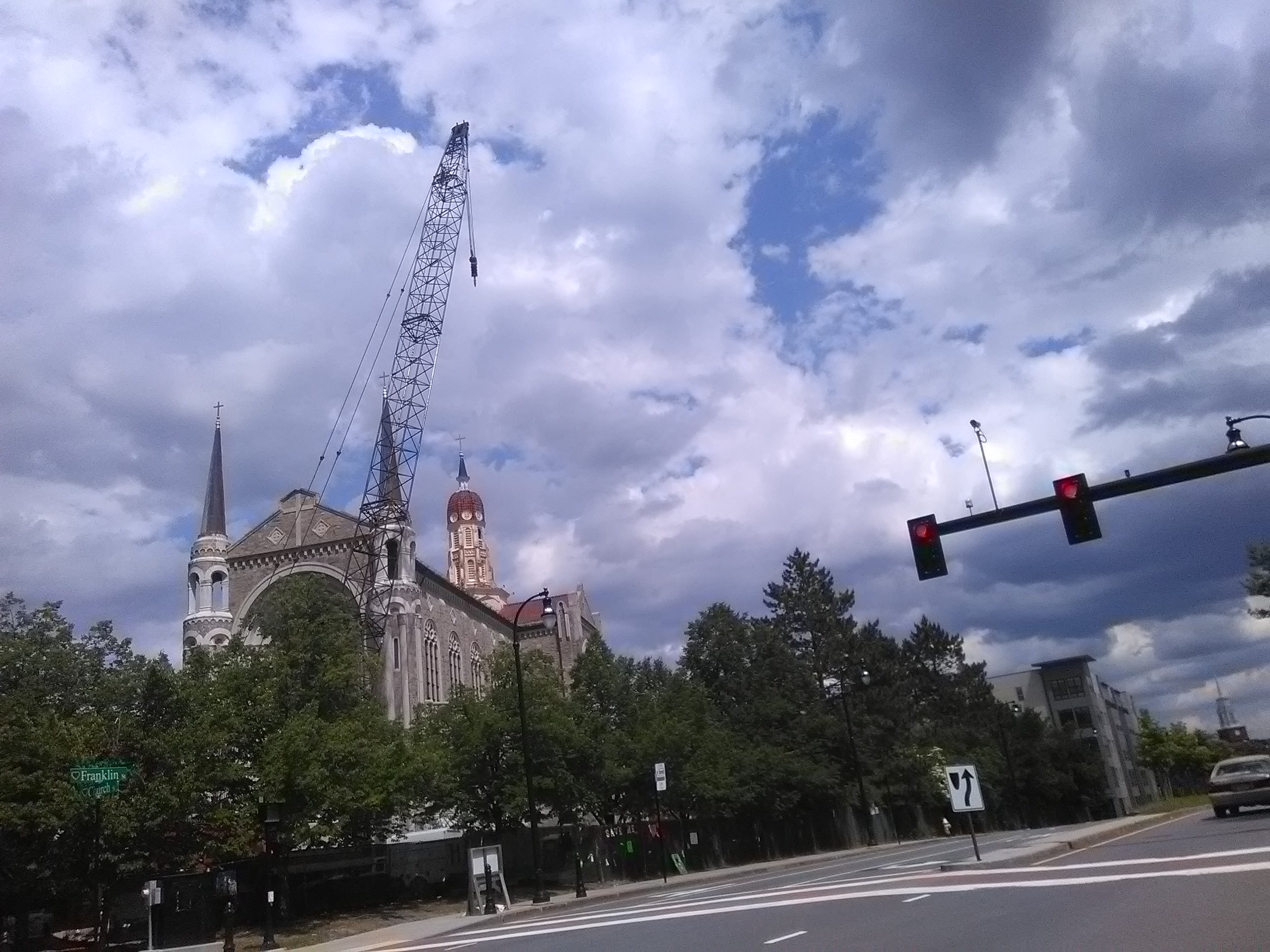 The filing also seeks a temporary restraining order to prevent further damage to the building while the appeal is pending.

The original civil action, filed on June 12, sought an injunction to prevent the demolition of Notre Dame des Canadiens until such time as the legally required impact review process is completed. The destruction of Notre Dame without state review to seek alternatives to demolition would violate the Massachusetts Environmental Policy Act (“MEPA”). This is because Notre Dame is listed on the Inventory of Historic and Archeological Assets of the Commonwealth, and before any listed building can be demolished as part of a development using state funds MEPA requires an exhaustive public review by state agencies to consider alternatives. The suit against CitySquare II Development Co. (a subsidiary of Hanover Insurance) claims the firm never filed the required notice with EOEEA or MHC to initiate the review as the law requires.

According to plaintiff and Save Notre Dame Alliance co-leader Ted Conna: “We believe Judge Reardon has incorrectly interpreted what the law requires in terms of environmental and historic review for a major state-funded project like CitySquare, of which Notre Dame is a part. Think about it: in 2017 they argued that demolishing Notre Dame requires no further review because it’s part of the CitySquare project, and covered by a 2005 review done before it was even added to CitySquare. Now they argue it requires no further review because it’s a private parcel, separate from CitySquare – although CitySquare II owns it! At least one of those arguments has to be wrong, and they sure look ridiculous together!” 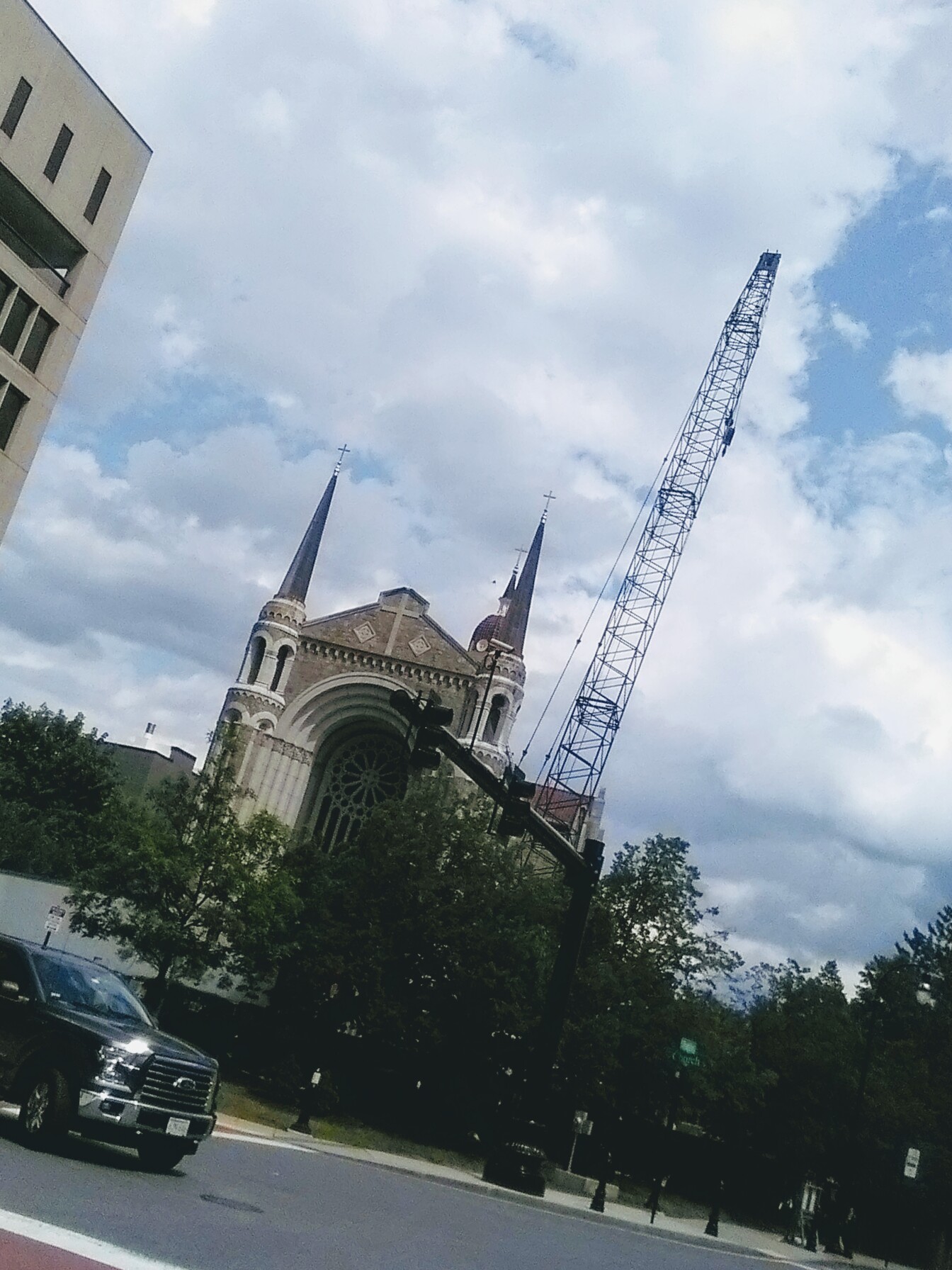 CitySquare II has argued that no state funds were spent to buy or to demolish Notre Dame, but the CitySquare project is a major beneficiary of state funding, and Notre Dame has been a part of it since it was added to the project area in 2012. State funds helped pay for all the new streets in CitySquare, including Trumbull Street, which borders and adds frontage to the Notre Dame parcel. This is indirect financial assistance, which triggers the review process.

“The demolition of Notre Dame hasn’t been reviewed by MEPA or the Mass. Historic Commission,” Conna continued, “because the proponents have done everything they can to avoid it, including failing to disclose its historic status on critical documents. So our legal battle is about more than just saving Notre Dame. It’s also about the integrity of the environmental review process, because if they can avoid review in this way, then anyone else can do the same thing: collect their state funding first, bide their time, avoid the review process by failing to disclose critical impacts, and then do the historical or environmental damage at the end while claiming the law no longer applies to them. This is a textbook case of how to evade public review, and it cannot go unchallenged.”