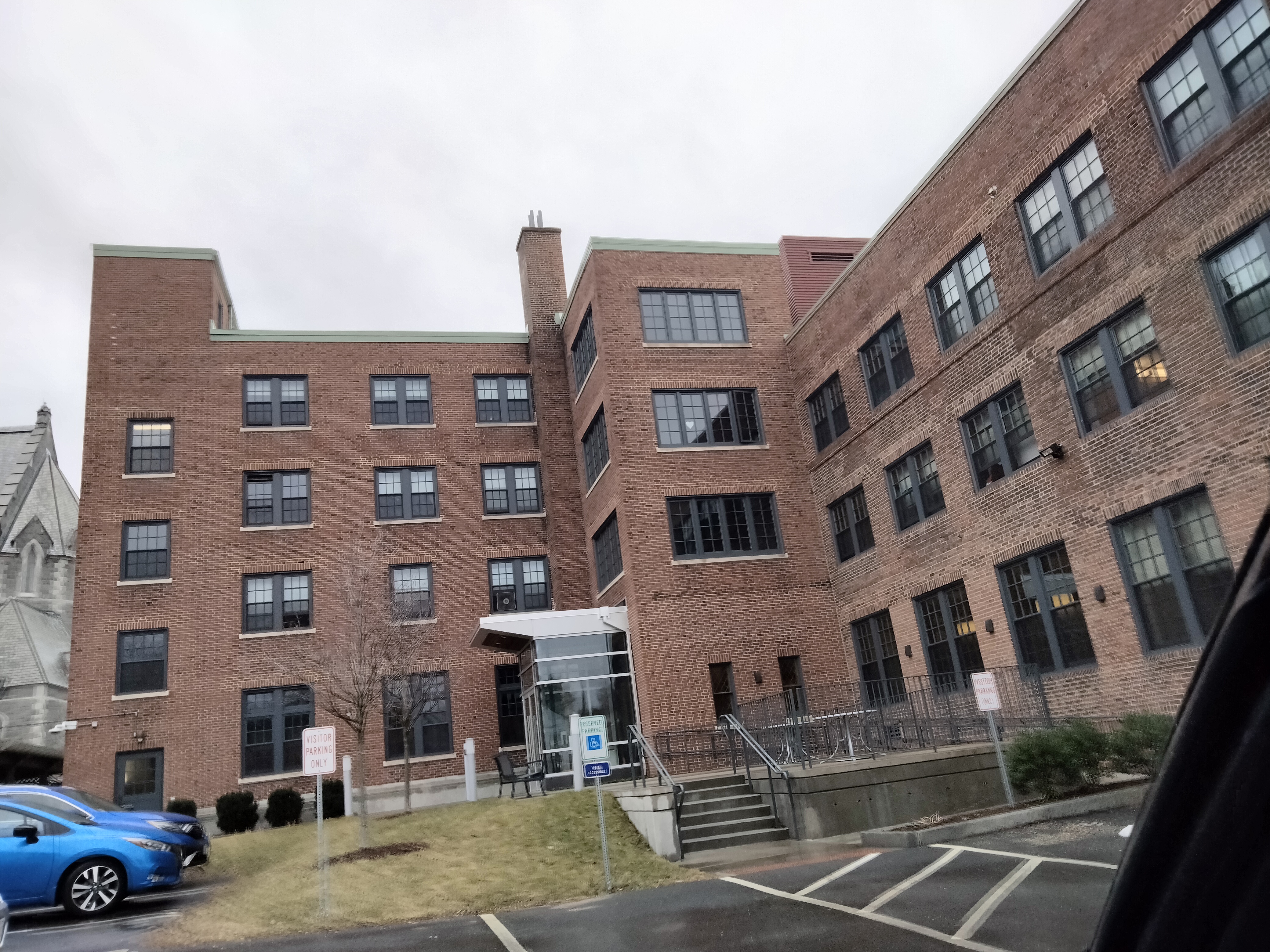 We support the homeless/formerly homeless women who state Bill Riley, suspended director of the St. Francis Food for the Poor Soup Kitchen, Food Pantry and Saturday morning food box/personal care supplies give-away, sexually assaulted them. Demanded oral sex for his help: showers, toilet use at his apartment, winter boots, extra food. We know!! It sucks being homeless and feeling desperate – unwashed, hair mussed, teeth unbrushed, bladder full! THERE IS NO WOMEN’S AGENCY IN WORCESTER – the YWCA at Salem Square, Abby’s House for homeless women on High Street – who will allow homeless women to skip in early in the a.m. for a quick shower! They will not even let us sneak into pee! The desk lady at the YWCA recently said: CAN’T YOU GO TO A GAS STATION?

How brutal! How uncaring!

The Worcester woman in the CRUX news article – “Nicole” – was in need. She was alone. She turned to the church – a place folks turn to when forsaken and alone – a supposed safe space, a supposed haven. Nicole – along with the other women who were allegedly sexually abused/molested by Bill Riley – did what many women would do WHEN WORCESTER SOCIAL SERVICE AGENCIES that are supposed to be there for homeless women are NOT THERE for homeless women! They allowed a creep who held the upper hand to exploit them. The creep wielded his power for satisfaction, for more power … And these creeps feel they have the support of the community, that they are part of the respectable crowd … Who’s gonna believe a street lady? A smelly hooker?

A few weeks ago, I buttonholed Deb Hall the new executive director of the YWCA. I said: I NEED TO SHOWER. Some desk ladies who’ve fled domestic violence – as I fled the abusers on Blackstone River Road – understand and let me sneak in for a shower and hygiene maintenance. Some don’t! Help, Deb! 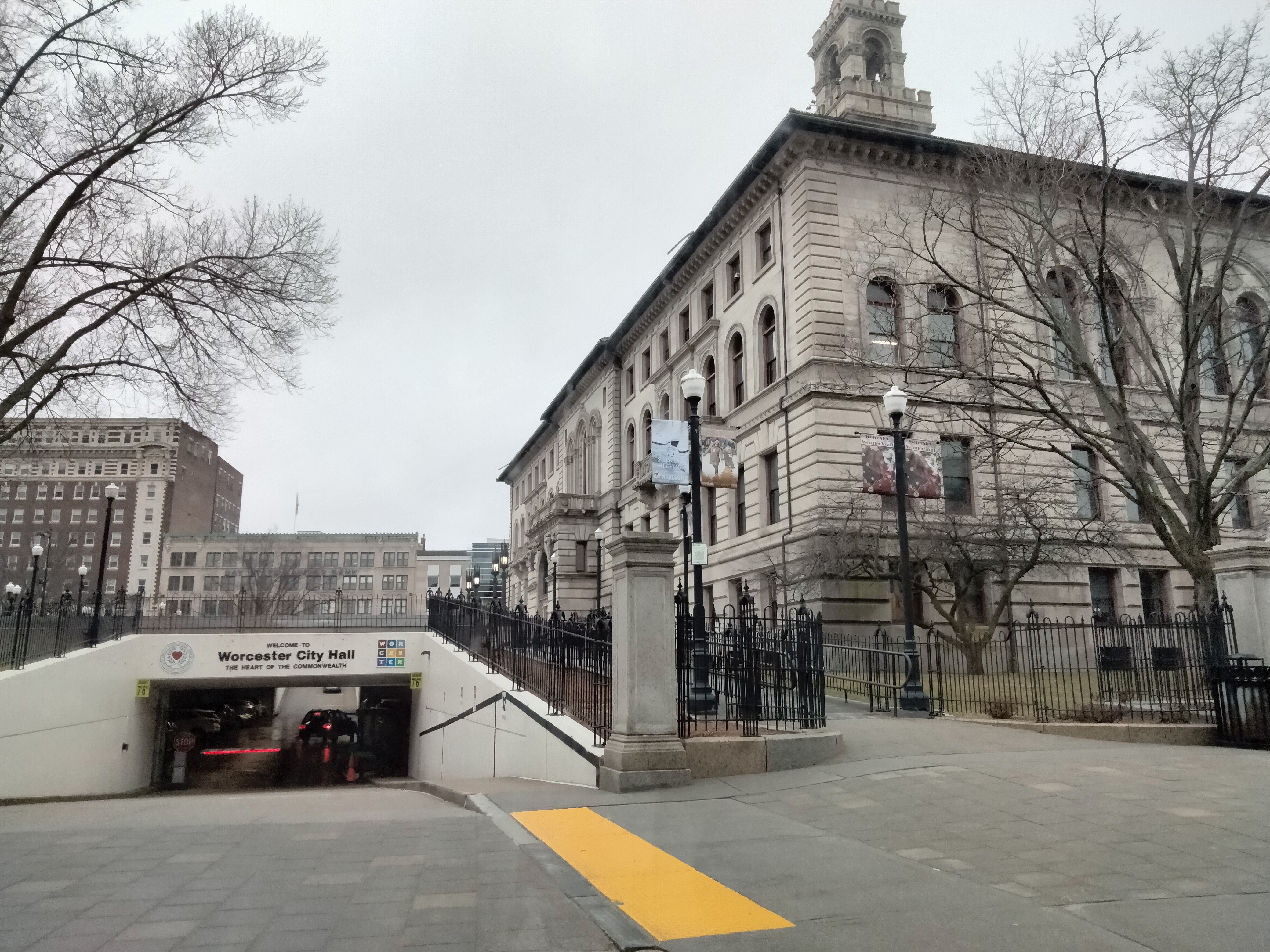 Worcester City Hall. The City’s Irish political clubhouse MUST SUPPORT HOMELESS WOMEN and stop the exploitation of our city’s most vulnerable!

Deb was cornered, an uncomfortable look came over her face. She begrudgingly agreed, said she saw no problem with my coming in and showering in one of the 20+!!! shower stalls at her Y. An African American woman who is supposed to be fierce and positive she got that this lady needed to use a YWCA bathroom stall, too. I thanked Deb – who looked none to thrilled.

Next time at the Y I pushed for entry – told the desk lady I got permission from executive director Deb Hall – there a card ready and waiting for women like me . There was no special card for homeless women, but I got in…and showered and peed. And felt GREAT.

I RECOMMEND All HOMELESS WOMEN DO THIS – there are plenty of shower stalls at the Y.

Abby’s House is worse. Gal pal Dorrie is in a pitched battle with them for lost wages. After the directors wrote up Dorrie and theeatened to fire her. Parlee was disgusted, too, and quit her job as the director of Abby’s shelter. I’ll never write a story on these corporate hacks! Or give them free ads in CECELIA! Everything has changed at Abby’s – now that Annette Rafferty is gone. Now that the nuns of years past do not run the shelter/rooming house. They were firm – BUT COMPASSIONATE. I oughta know! When I first moved back to Worcester from UMass Amherst 35 years ago, I lived at Abby’s. I still remember its director nun: perfect in every way and very strict. I remember how she came up to me after breakfast one morning: I was at the big sink in our kitchen outside our big dining room washing my breakfast dishes. I had made myself a hearty breakfast: Abby’s muffins, fruit, cereal and milk. I was in a good mood. Sister “Mary” must have sensed my joy – she walked before me, in her dark blue suit, frowning, her face red with suppressed anger … she looked at me sternly running the tap water over and over my fork and knife as I washed them with a blue sponge. Sister Mary abruptly turned off the tap and looked at me as if I were stupid. Didn’t I know? I was wasting precious water! I was to wash my dishes in the soapy tub in the big sink, then rinse them in the little tub filled with rinse water right next to the wash tub. I was terrified of this good nun – and quickly finished washing my dishes the right way – and scurried off to work at the nursing home. Sister Mary knew I had a bachelor’s degree in and wrote short stories – she wanted me to get my first reporting job! She smiled and took me in after my interview to live there. I paid Abby’s a hundred dollars or so every week for room and board. I DID GET my first reporting job while a resident at Abby’s. It was a safe, clean, GOOD place to live to start your adult life – or reboot it! If you were homeless, poor or an on the run woman, Sister Mary took you in, counseled you, guided you and set you on a straight and narrow road.

No more. Now at Abby’s House it’s a call to a development officer, then your put on hold and transferred to an Abby’s advocate who just flew in from LA and knows nothing about Worcester resources for women, then it’s more calls with clueless young women … and a rude front desk lady says: GO AWAY!

Abby’s no longer blurs the lines to help women in need. Today, the directors and admiration have meeting after meeting in their board room. They write up long time Abby’s worker Dorrie and aren’t relatable for Parlee and create all these rules that leave us women feeling … unsupported, unloved.

SO, YES, NICOLE AND THE OTHER HOMELESS WOMEN aren’t SUPPORTED by the Worcester agencies you’d think would support women – so corners are cut at St. Francis, alleged creeps like food pantry czar EXPLOIT their hard, desperate situations.

Bill Riley, if found “guilty” of compelling homeless Worcester women to trade sexual favors for a warm shower, use of a sink and toilet, a pair of winter boots – THE BASICS!! – must NEVER BE ALLOWED TO WORK WITH THE HOMELESS AGAIN. Jail time if he raped a woman? Absolutely.

Billy Riley, once a Worcester legend – a once parade grand marshall of the iconic Worcester County St. Patrick’s Day Parade – must not be protected by the Irish pol club, must not be given cover by the good old Irish boys club.