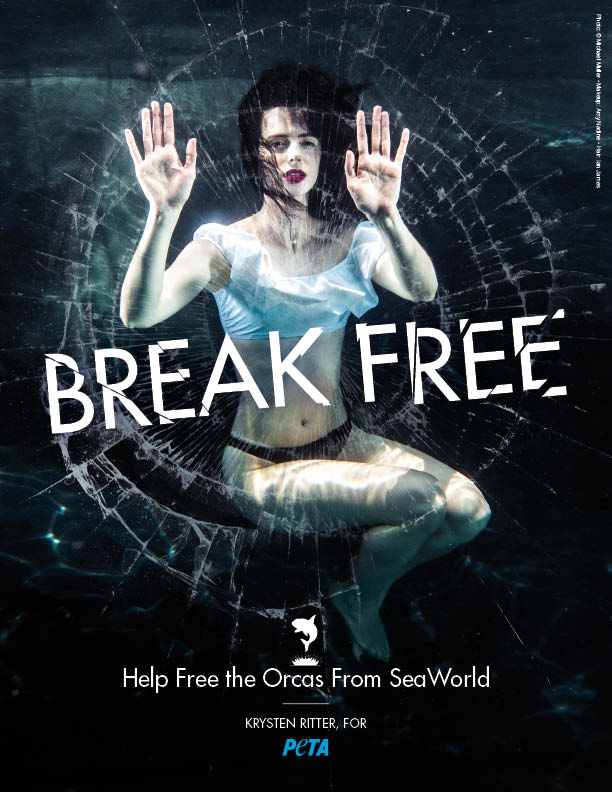 The writing on the wall couldn’t have been clearer: protests outside every venue, empty seats inside and a seismic shift in the public’s attitude toward keeping animals in captivity and beating them until they perform. After years of stonewalling, Ringling Bros. and Barnum & Bailey Circus finally acknowledged the message. A blatant animal exploiter since its inception almost 150 years ago, it announced this month that it’s going dark in May.

For the animals in the circus, the final show can’t come soon enough. But if Ringling — whose trainers kept elephants in chains and beat them with bullhooks (heavy batons with a sharp steel hook on one end) and will keep whipping lions and tigers until the curtain falls — can acknowledge that the days of abusing animals are coming to an end, how long will it be before other circuses follow suit?

The public is rightfully appalled by the horrific abuse that circuses like Carson & Barnes inflict on animals, such as viciously beating elephants until they scream, as well as by the negligence that has allowed elephants to escape and run amok. The U.S. Department of Agriculture filed charges against the circus for two 2014 incidents that put elephants and the public at risk.

In the first, three elephants were on the run for nearly an hour after being frightened by a raucous crowd in Missouri. Two of them were injured. A month later in Pennsylvania, an adult and child got dangerously close to an elephant and took a photo. Carson & Barnes is lucky that this grievous safety violation didn’t result in catastrophe: Elephants who are forced to perform in the circus and spend their lives in chains have been known to snap.

The Kelly Miller Circus has a sordid history of federal Animal Welfare Act violations, including public endangerment and failure to provide veterinary records. The outfit still hauls an aging African elephant named Anna Louise around the country. She was taken from her home and family in Zimbabwe and has spent three decades alone, even though these intelligent, social beings need the companionship of other elephants in order to thrive.

Animal abuse and exploitation aren’t limited to circus tents. Orcas, dolphins and other marine animals imprisoned in SeaWorld’s aquatic circuses are also denied everything that’s natural and important to them. But the abusement park is beginning to see the writing on the wall.

Bowing to public pressure and a ruling by the California Coastal Commission, it ended its orca-breeding program in 2016.

It has said, though, that it will keep holding orcas in tiny concrete tanks, where they could languish for decades — if they live that long — unless they’re released to seaside sanctuaries, where they could swim free, socialize and experience some semblance of a natural life.

Nearly 40 orcas have died on SeaWorld’s watch, including Tilikum, the subject of the lauded documentary Blackfish. His death on January 5, after more than three decades in captivity, moved compassionate people around the world. But the sea change in public opinion isn’t new: The company’s attendance and profits have been tanking for years, and as a result, 320 employees were recently laid off.

It’s high time that Carson & Barnes Circus, the Kelly Miller Circus, SeaWorld and other animal exploiters followed Ringling’s example and did what’s right: Empty the tanks and unlock the cages.