I met up with Peter Stefan’s girlfriend yesterday outside his Main South funeral home. She said, “Peter’s a very sick man. Peter is very sick.” She looked serious, depressed. She told me, Yes, Peter had his gall bladder removed at the hospital. Yes, he’s out of the Boston hospital and back at Graham and Putnam in Worcester, but he’s just not well. He is not rallying. 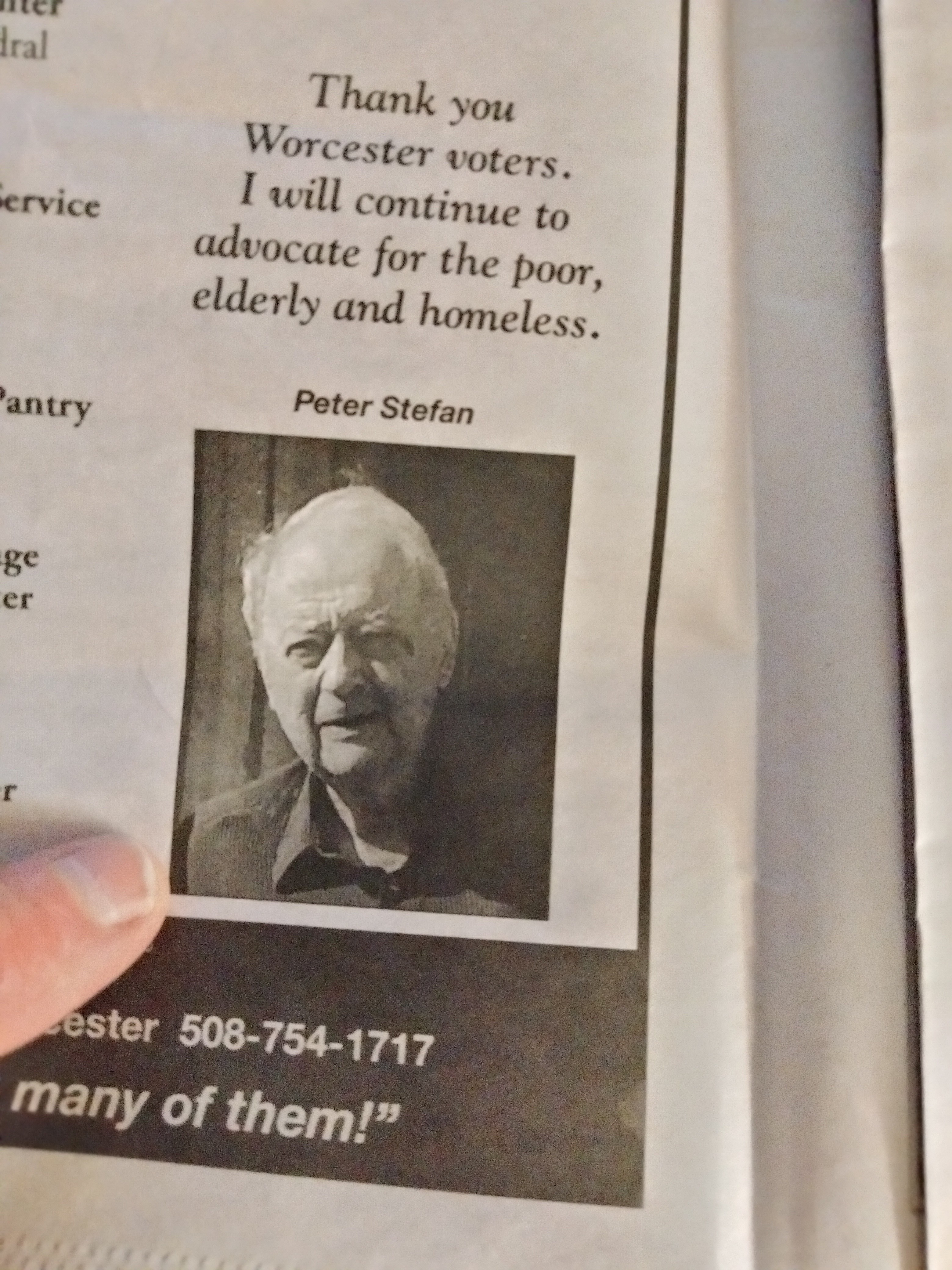 I knew it. When I call the funeral home, Peter’s always in bed, resting. Can’t come to the phone. I miss Peter’s feisty, determined “GRAHAM AND PUTNAM” phone pick up! He always answered the phone, often way past normal business hours, like a boxer ready to enter the ring, the fight. This tall, tough, COMPASSIONATE funeral director was ready for anything! Picking up a dead person on Worcester train tracks, getting into his van and driving to the site of death…sifting through the charred remains in a train box car … giving a salty, radical quote to a Boston tv reporter who called for that tough, controversial but true quote … talking with an old person who called Peter asking for help paying for his prescription meds. 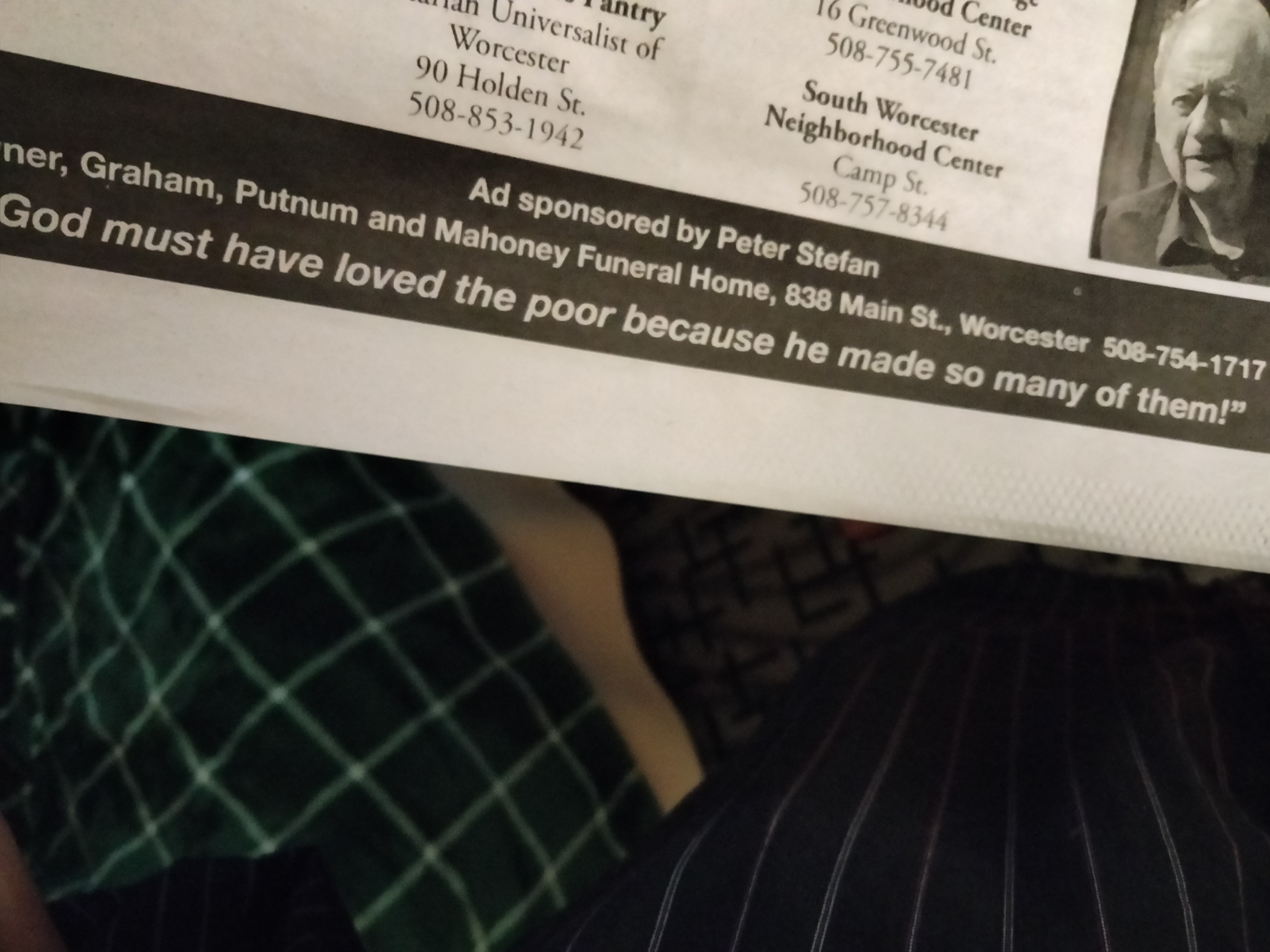 Peter ran Worcester County food pantry ads in ICT and CECELIA for years, ending each ad with: “GOD MUST HAVE LOVED THE POOR BECAUSE HE MADE SO MANY OF THEM.”

Peter was the Main South social service agency that the City of Worcester used when it was in dire straits but never truly appreciated. Or thanked. Peter was the junkyard dog looking into City Hall windows, looking for scraps of appreciation and help from our City Council and other Worcester ”leaders.” City Manager Ed Augustus and company ignored him, never threw Peter that bone, patted that old, grisly head … 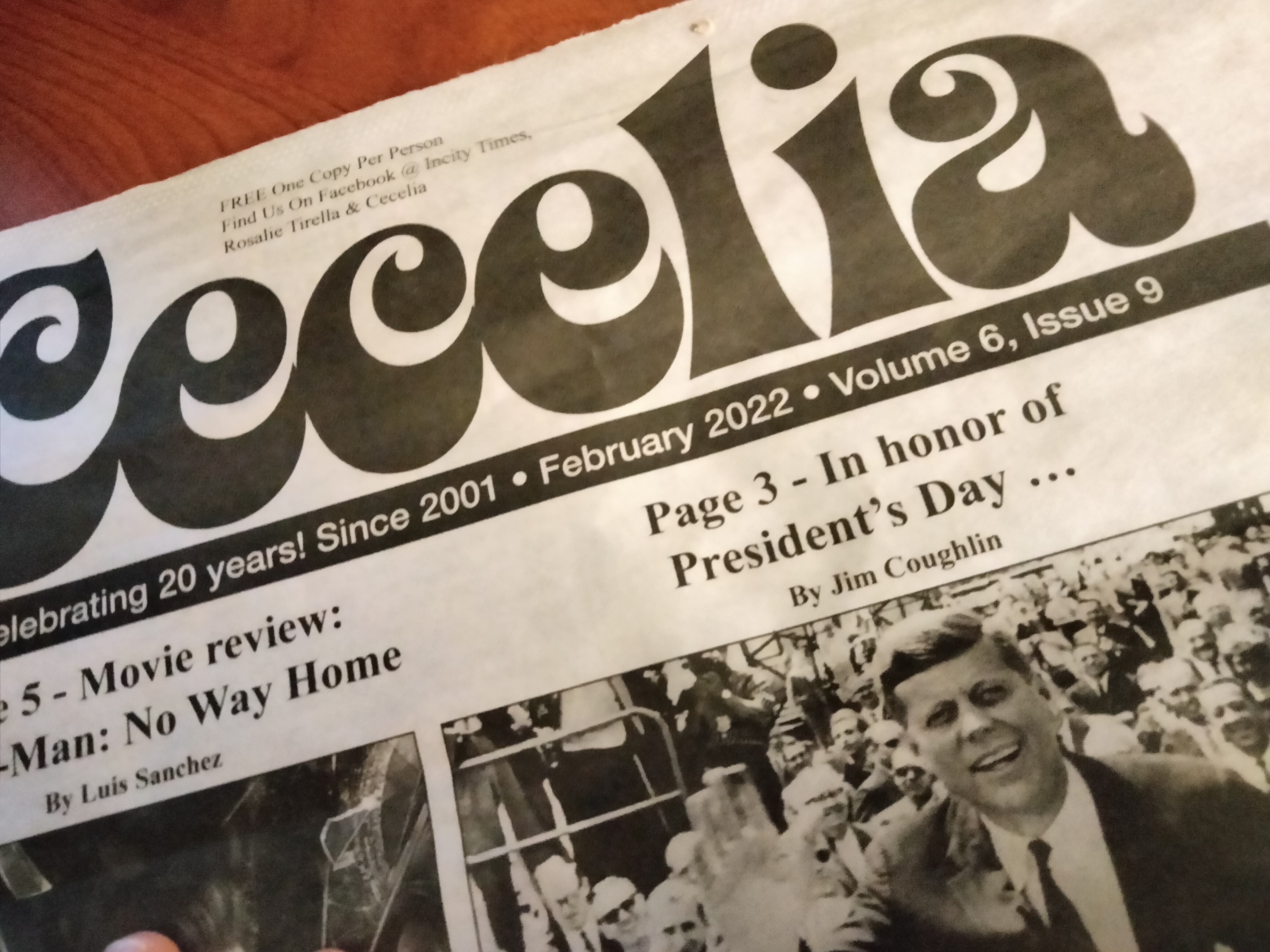 Peter was always a part of CECELIA – and InCity Times!

The 20 years of Peter Stefan ads in InCity Times and CECELIA said it all, reflected the real Peter we knew and loved: His basic goodness, his love for the poor, his dedication to the homeless, his stepping up for the city’s hungry and forsaken, his remembering and honoring the dead that Worcester families had abandoned. Peter was a force of nature. He is a Worcester gem.

We pray this good man, Worcester’s Guardian Angel of the Poor, makes a full recovery! 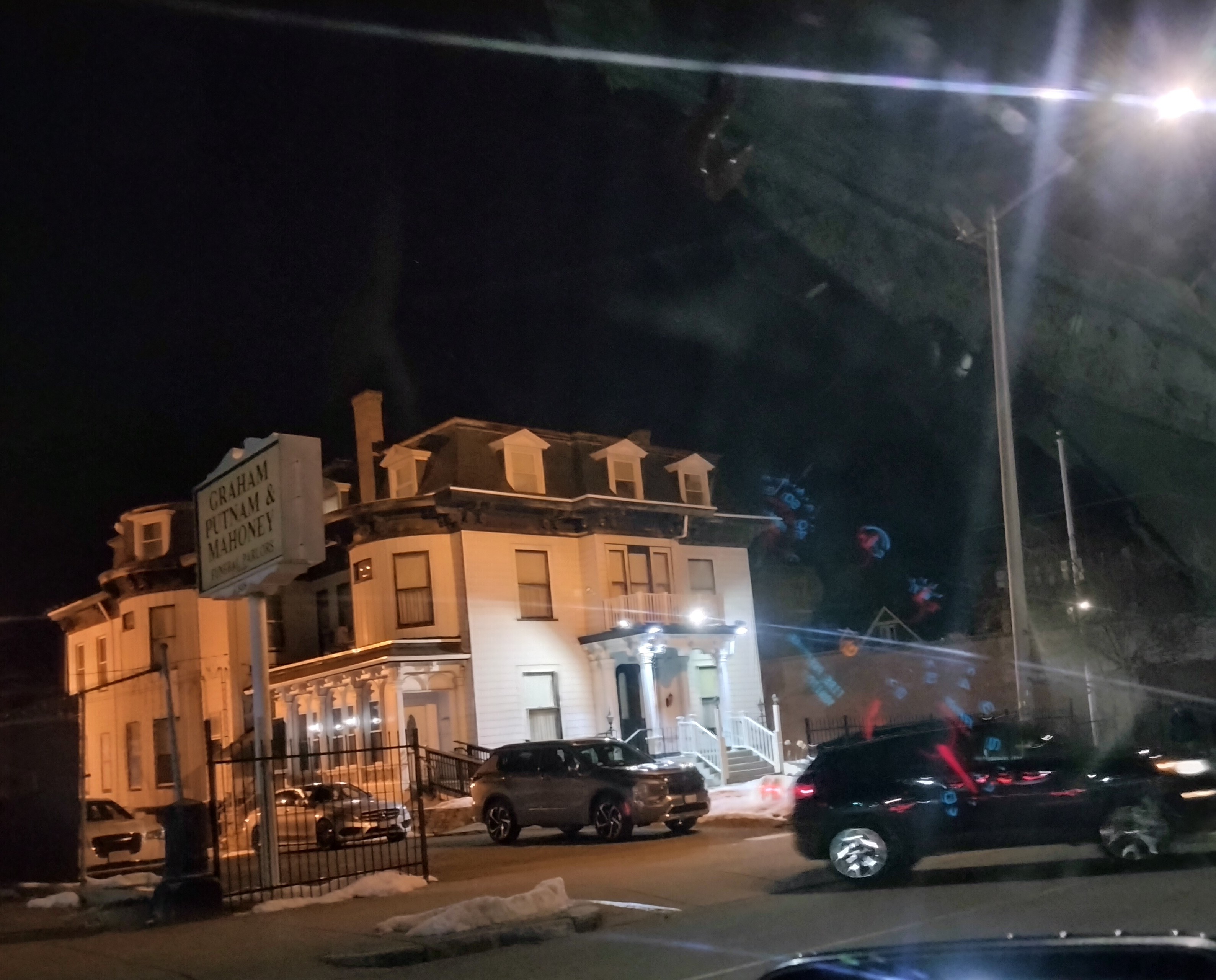