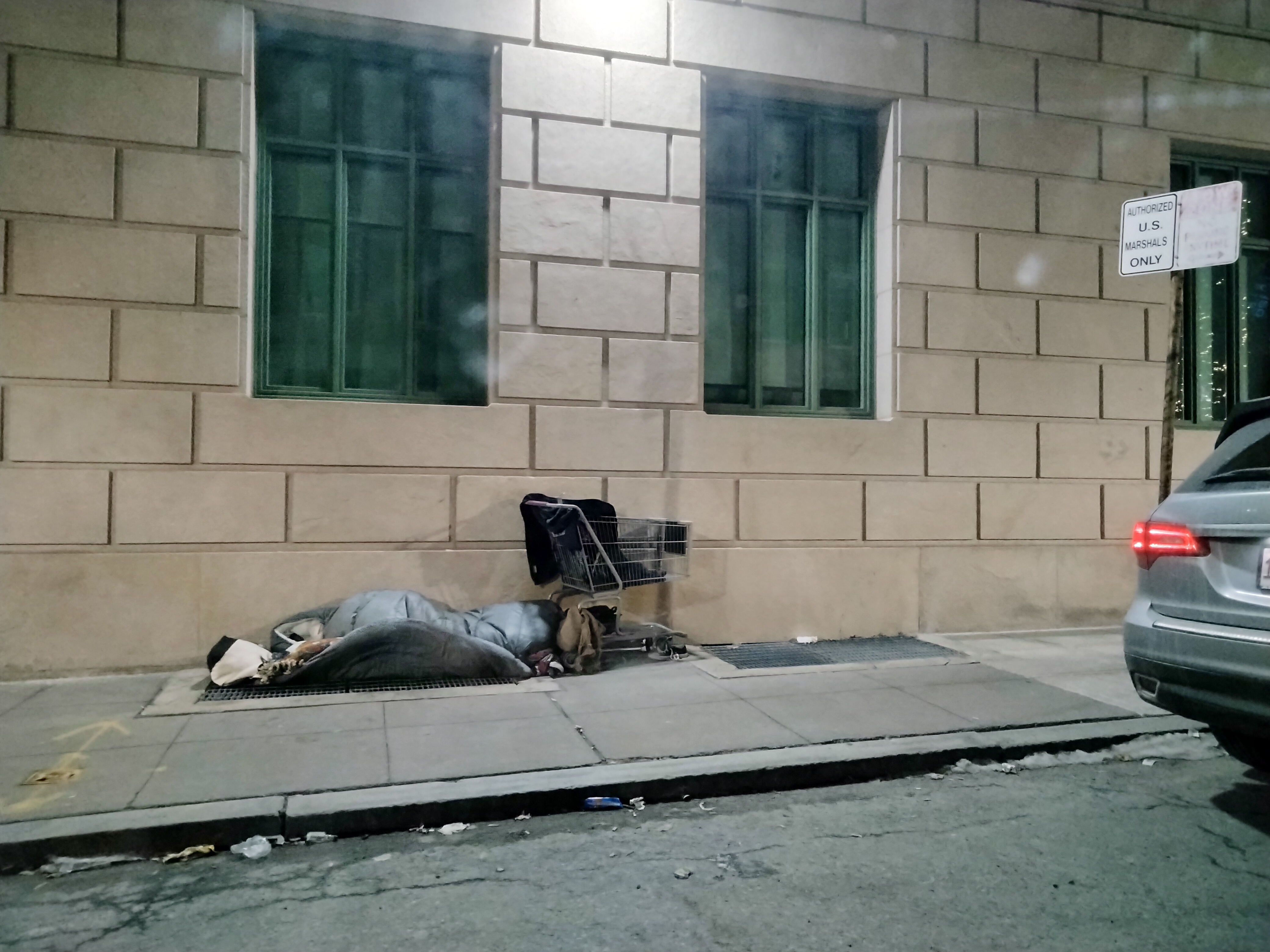 I read with great interest the T and G story about the recent “clean up” of upper Lincoln Street. How the area was recently cleared by the City of all its nasty homeless folks and how now all the wonderful Lincoln Plaza and nearby LS strip mall businesses can flourish once again! Thank God! And thank God the City of Worcester professionals went into that big homeless hotel on Oriol Drive – Quality Inn and Suites – and gave a seminar or two, EDUCATED, the people who work there: the manager, the front desk folks, housekeeping etc. Thanks to the City of Worcester, the Quality Inn staffers can now do their jobs properly. They were taught how to deal with the hotel’s drug users, domestic upheaval, homeless intruders, microwave fires, unruly guests etc etc.

What bull sh*t. If anything, the staff at this humongous hotel on upper Lincoln Street should educate City Manager Ed Augustus and the Worcester City Council and SMOC, THE SENIOR CENTER, RCAP on how to deal with the homeless of Worcester in a compassionate, humane, realistic way!

I, being homeless, have been everywhere – including the Quality Inn that so many in the newspaper article consider notorious. The Quality Inn was a place where I spent three or four weeks off and on this past summer. Yes, I saw all the problems that were outlined in the news article, but I – along with all the other hotel guests – was always treated with respect and warmth. The young Quality Inn staffers are truly Quality People, displaying competence, smarts, humanity and professionalism! – often under the craziest of circumstances. The pretty Dana, the Jamaican guy at the front desk, the African guy at the desk during nights and the handyman are all wonderful people who truly deserve the gold stars of the hospitality biz! To dismiss them as not knowing is wrong.

The Quality Inn hotel is HUGE, several stories high, with around 130 rooms. Many of these rooms – all clean and spacious with amenities – are rented by the Red Cross for fire evacuees, the church for its needy, women fleeing boyfriends with fists and guns, little kids fleeing with their abused moms and grannies, all of them traumatized … and temporarily homeless folks.

One night as I was checking in and chatting with the Jamaican guy who mans the front desk and takes reservations – he’s about 26, always handsome in his short braids (gold trimmed) and clean shirt and slacks – this old guy rushes through the hotel lobby. He’s carrying a big dirty paper bag. He starts screaming at the Jamaican guy behind the front desk: MY ROOM’S TV DOESN’T WORK!! I need to cook this fish!!

The guy runs to the other side of the desk and leans into the kid, who stares back, totally unflappable. I am two feet away with a hyper Jett and Lilac. The guy screams: I OUGHTA TAKE MY KNIFE AND CUT YOUR FACE!!!

The one thing I’ve learned this past year when on the periphery of dicey situations such as this one is to SHUT UP. Just shut up! So I shut up and acted like this was all normal, praying this guy didn’t have his knife in his paper bag …

The Jamaican kid then did something totally disarming: he smiled a loving smile AND LAUGHED. LAUGHED as if to say: Come on, bro! Stop the kidding!

The guy, who rents a room every Friday night, smiled back at his friend and started chatting, and the front desk kid gave him an extra towel or two… and the old man was no longer distraught but walked quietly and calmly back to the elevator, back to his room.

One night at the Quality Inn on Oriol Drive there were several fire alarms. At 3 a.m. All of us guests had to evacuate the hotel in our night clothes – little kids included – and wait for the WFD fire trucks to come roaring in, sirens blaring, lights flashing. I’d been through this several times at the Quality. All false alarms. It was summer so I was ok with being out in my nightie and shirt and waited patiently with Jett and Lilac who glommed onto a little girl wearing a purple tutu. She twirled and gave Lilac a kiss on the forehead, tickled to see her. Lilac was all happy now. A game to the both of them! I cried and looked away to wipe my tears away quickly, discreetly.

Well, false alarm. Again. A kid guest in one of the rooms didn’t know how to use his room’s microwave oven. He kept putting stuff into it to cook, and the aluminum foil kept smoking up.

The next day the Jamaican kid told me he explained to the kid how to use the microwave properly. Next night, I was there …another fire alarm. Three WFD fire trucks came racing in. The firemen looked exasperated. Same problem, same kid.

The next night, after a day of CECELIA/ work, I booked a room at the Quality, which I became oddly attached to. I walked to the Jamaican guy at the front desk and said: I hope there are no false fires tonight!

He said: No, there won’t be any. I went into his room, removed his microwave oven and threw it in the Dumpster.

Staffer Dana spent an hour trying to fix the TV in my room so I could relax with an old movie on Turner Classic Movies cable network. I told her I was struggling and watching Frank Sinatra or Doris Day made me … happy. So she tried to accommodate …

The African guy at the front desk who worked the graveyard shift was fearful of my pups, but he always gave me my extra coffee pods, my extra tea bags and hand towels. A good, serious person working in a tough environment. A Quality Person!

All these young people at the Quality Inn are dealing beautifully with traumatized, hurting, sometimes strung out guests! The opposite of staffers at our Worcester social service agencies who are complete morons. They’re supposed to help the homeless, but the “professionals” at RCAP, CMHA, Elder Services, SMOC and the Worcester Senior Center are the sh*t show. They often let us hang out to dry! The dismissive MSW Linda Moore of the senior center …the screamer Sally Nieves of RCAP or the pointless Pam Ortiz of CMHA. All useless. All pushing paper, if that.

The Quality Inn staffers up on Oriol Drive are the hands on social workers of Worcester, the true case managers! The City of Worcester should be paying them for alleviating Worcester’s homeless crisis!!! – not acting as if they’re part of the problem.