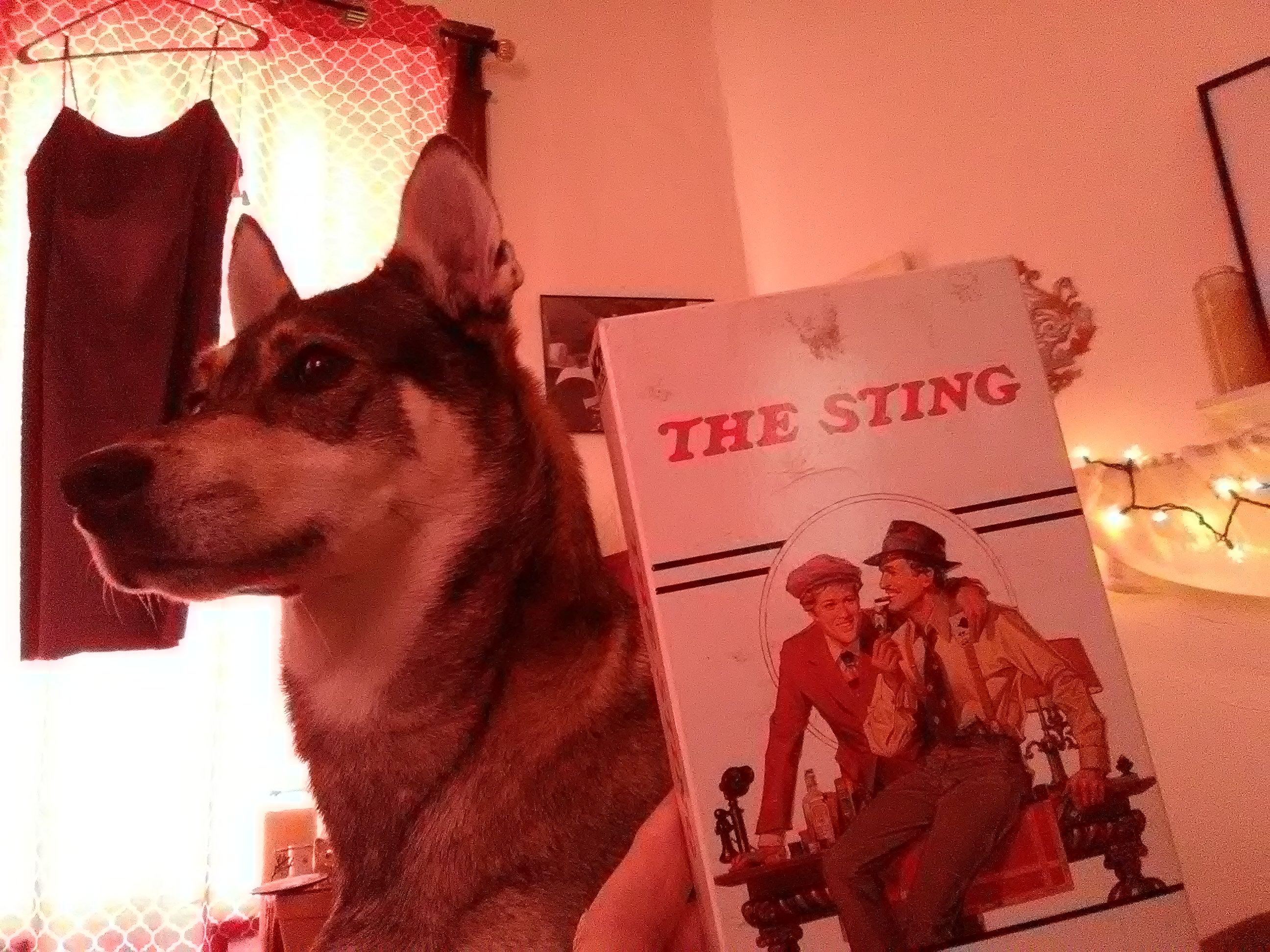 It was a spring day in 1974. I was a seventh grader at Providence Street Junior High School, located at the top of Vernon Hill. I was riding the 11 Upsala bus downtown – “Prov” had just let out – and my classmate, Patty, was talking about sex and Robert Redford in the hit movie THE WAY WE WERE (also starring Barbra Streisand). I was not close friends with Patty – she could be a little snobby. Her dad was a professor, she owned a horse and went on real vacations – out of the country! to places like Ireland. Most of us Prov kids had blue collar parents and went to places like Leicester or Rutland for vacation (camping), and we only “rode” horses during neighborhood carnivals. Still, I was riveted … Patty was talking about Robert Redford’s love scene with Barbra Streisand – when he crashes at Barbra’s apartment, too drunk for SEX!!, but still in her bed!!! And gorgeous!!

I lived in my mother’s house, in Green Island, the poor cousin to Vernon Hill. It was an Old World, conservative, Catholic household. I was an Old World Conservative Catholic girl: prayers every night before bedtime, mass every Sunday after breakfast, Catechism class at St. Mary’s every Monday, 4 p.m., after public school. God above all. Sex? What was that? Only for old, boring married people who did it just to have kids.

Patty was really spicing things up on the 11 Upsala! She was educating me! No, Rose, Patty said, Barbra didn’t have an orgasm in that scene in the movie. She was just stroking “Hubble”‘s (that was Redford’s character’s name in the movie) hair and FANTASIZING about IT. The SEX.

We were sitting in the front of the bus, and the bus driver, a moody guy who always wore white socks with his black bus driver shoes, was whistling as Patty talked. I had seen THE WAY WE WERE too but hadn’t gotten as much out of it as Patty had. I sat on the edge of my seat and listened to Patty: Yes, they were really really in love, Patty said. But it wasn’t meant to be! Her sentence was freighted with significance.

And then this: She too had a handsome boyfriend, and he kissed her exactly the way Robert Redford kissed Barbra Streisand in THE WAY WE WERE!

I was so far behind! I had a crush on the big Swede in homeroom, but I never spoke to him – let alone kissed him deeply. With my tongue. I did sit directly behind him where I could admire the way his thick blond hair cascaded down his beautiful neck. I so longed to caress his blond locks, his blond bangs, just the way Streisand caressed Robert Redford’s in THE WAY WE WERE!!

I knew I loved my homeroom boy AND Robert Redford and that some day I was going to meet a boy in college (I WAS going to college!) just like Robert Redford. He’d be a writer like Hubble, too. And he’d fall deeply in love with me – also a writer. The most important thing: He’d be unspeakably handsome – look like Robert Redford. That was the whole point of having a boyfriend, after all, wasn’t it?

Even though the Kings of Movies/Acting/Directing in the 1970s were all Italian Americans – Robert De Niro, Al Pacino, Martin Scorsese … the list went on and on AND I DID GO to see all those films – most girls, myself included, wanted Redford. The Italians, like my crazy, abusive Italian father, were too visceral. I was for romance … romantic, candle-lit dinners, romantic, slow long kisses on the beach, romantic, slow dancing in front of a roaring romantic fire … listening to the radio together on a Sunday afternoon.

My mother, a movie freak, wasn’t a Redford fan in the least. Ma lusted for Al Pacino, saw all The Godfather movies! 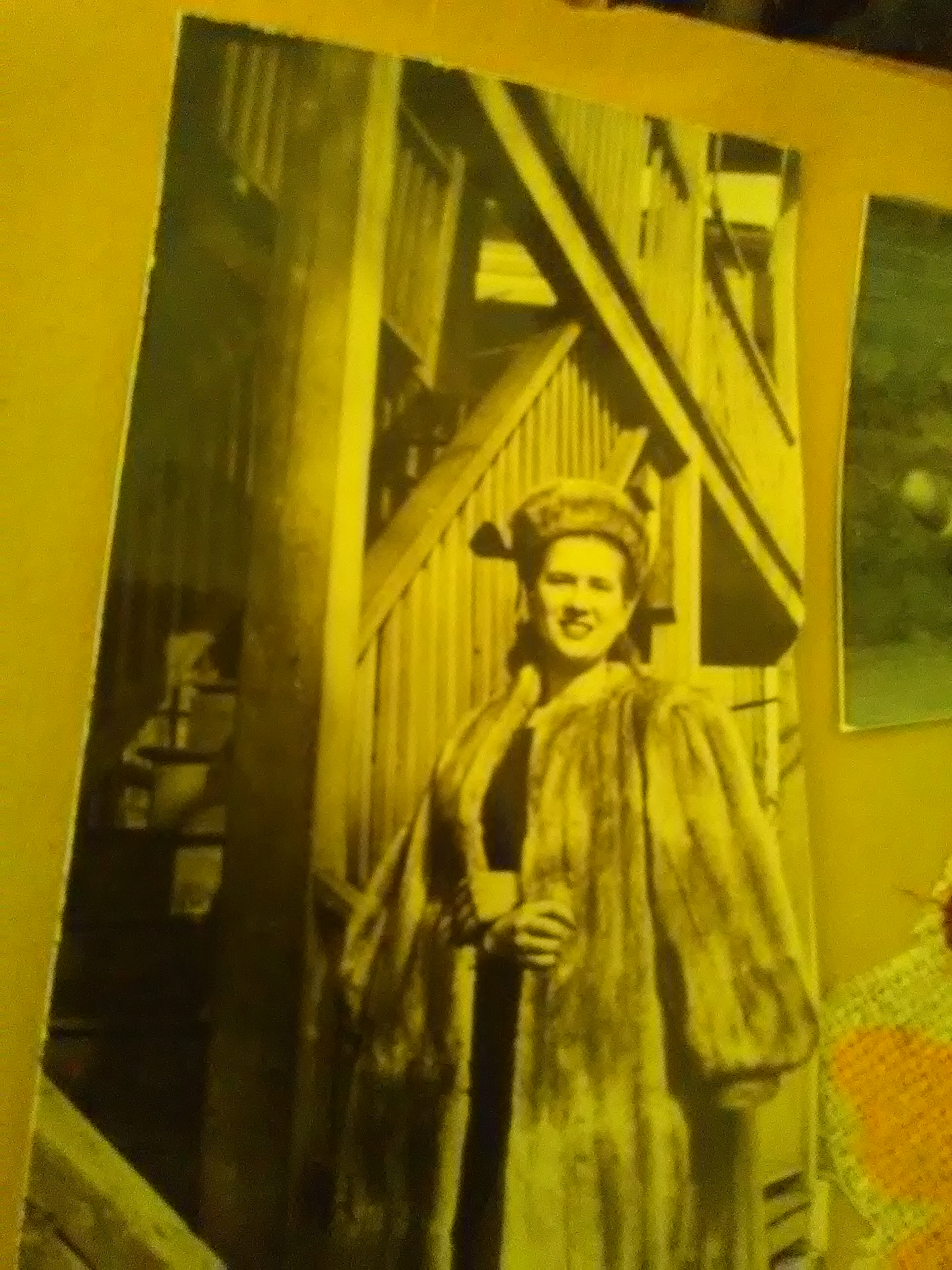 She could relate to all the crazy, I guess, having chosen Daddy as her one true love. I, on the other hand, wanted the opposite of my Italian Daddy who walked around our Lafayette Street flat talking to his sister on the phone in Italian and slamming walls. He cheated on Ma, slapped her across her pretty cheeks. No, I would have none of that. I wanted blond, cerebral … a quiet talker, someone who didn’t shoot his mouth off, hit women and talk wicked fast in Italian – the exact opposite of my old man. Whom I loathed. To this day, I have never had a relationship – or even dated – an Italian American/Italian. It would be too traumatic. Never “dramatic,” like in the movies.

Like I said: I joined the millions of American girls and women who flocked to all the Robert Redford movies, all, by the way, wonderful: The Great Gatsby, Butch Cassidy and the Sundance Kid, The Sting, Jeremiah Johnson, All the President’s Men. The ’70s was the era for magnificent ethnic actors, yet there was my WASPY Robert Redford, a great actor too but underrated because he was so stereotypically handsome. A man who, in his movies and real life, personified the Modern Age, a new America. He embraced a woman as his equal. He was aware, progressive – always did the right thing. He loved his guy friends (see Paul Newman 💜), the environment (see Jeremiah Johnson) … 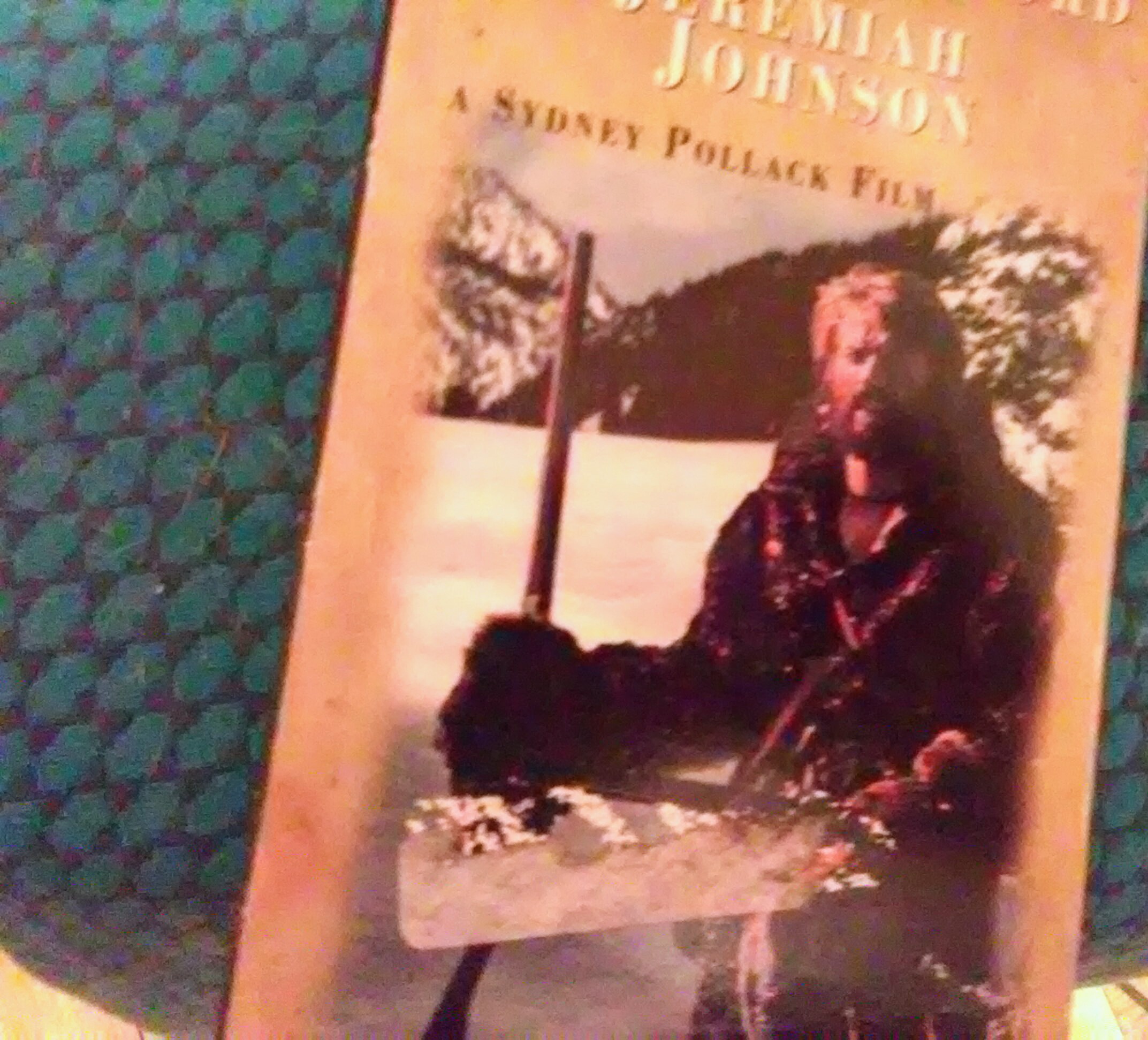 … Native Americans (JJ again), THE TRUTH (All the President’s Men). Why wouldn’t millions of girls and women in the liberated, liberating 1970s fall – and fall hard – for Robert Redford?

And we saw: sail boats, flowers, Redford in a tux AND officer uniform!, Redford jogging on a college campus. And for me: Heaven – having your one true love read your short story! … A WASP falling for a Jewish girl during the 1940s … I can still hear the signature Redford voice – clipped, almost terse, always “manly”: “Really, Katie?” Or, to Paul Newman in Butch Cassidy: “I can’t swim!”

How could you not love a man so vulnerable – even while sporting a moustache or beard? That was the golden word back then, manifested by our golden boy: Vulnerable. Men being vulnerable. Sharing. Their feelings. Maybe for the first time. Every woman in America was listening to James Taylor and Jackson Browne emote. How could we not listen to Redford, too? And he listened to us! Our opinions mattered! It didn’t hurt his cause that he was charming as hell. Even when he was the bad good guy in The Sting. 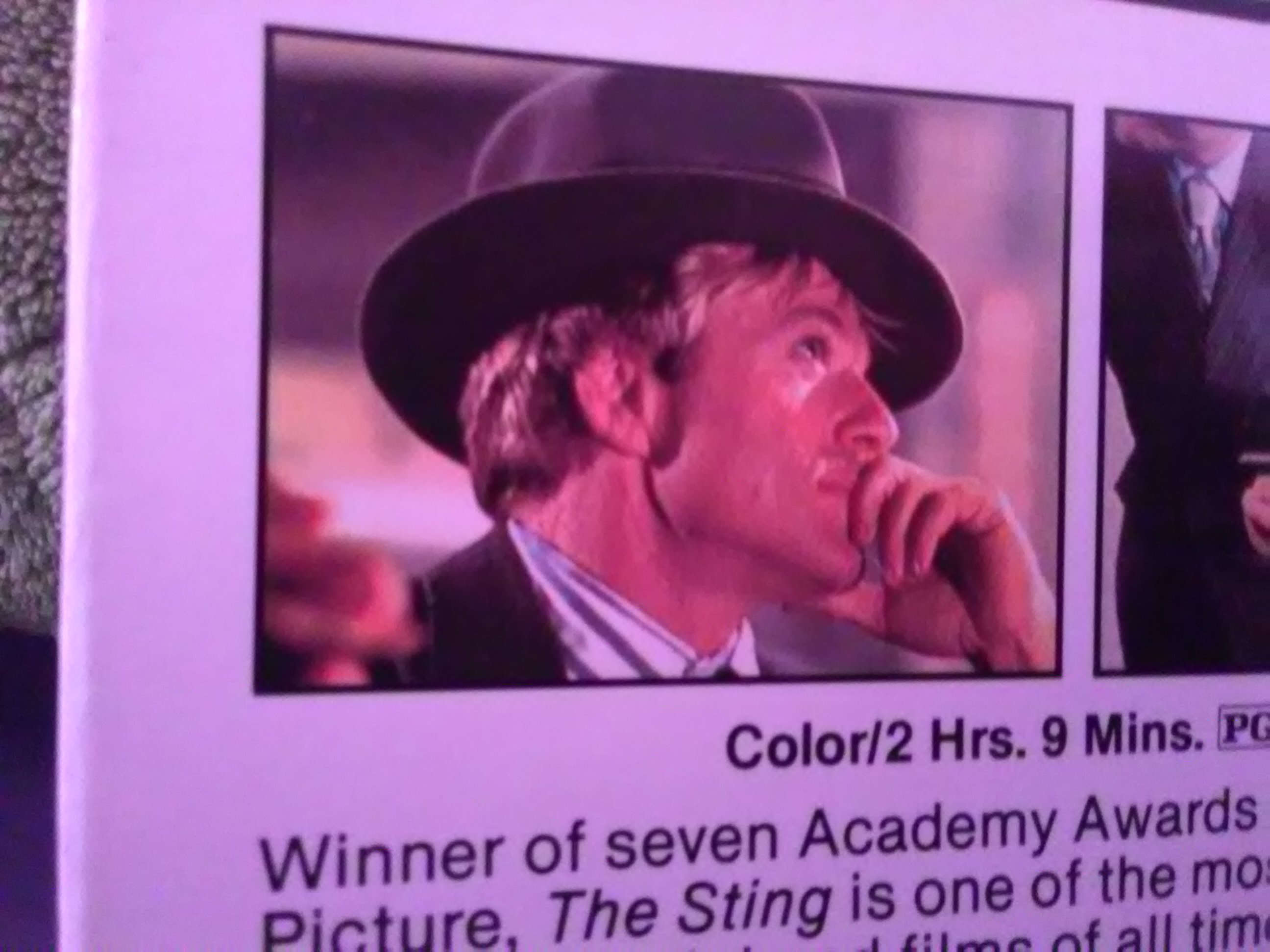 Or in Butch Cassidy and the Sundance Kid.

Redford isn’t very tall – he used to put lifts in his shoes for his films. But those eyes, especially when they squinted at you … those white wolf teeth glinting in the sunlight and, of course, the Redford fine, flaxen hair … and that funny bump on his cheek, an imperfection today’s actors would laser away. Redford kept it. Made him more beautiful.

Redford’s dust-covered cowboy boots in Butch Cassidy, his boring neck ties in ALL THE PRESIDENT’S MEN, his scruffy beard in Jeremiah Johnson… 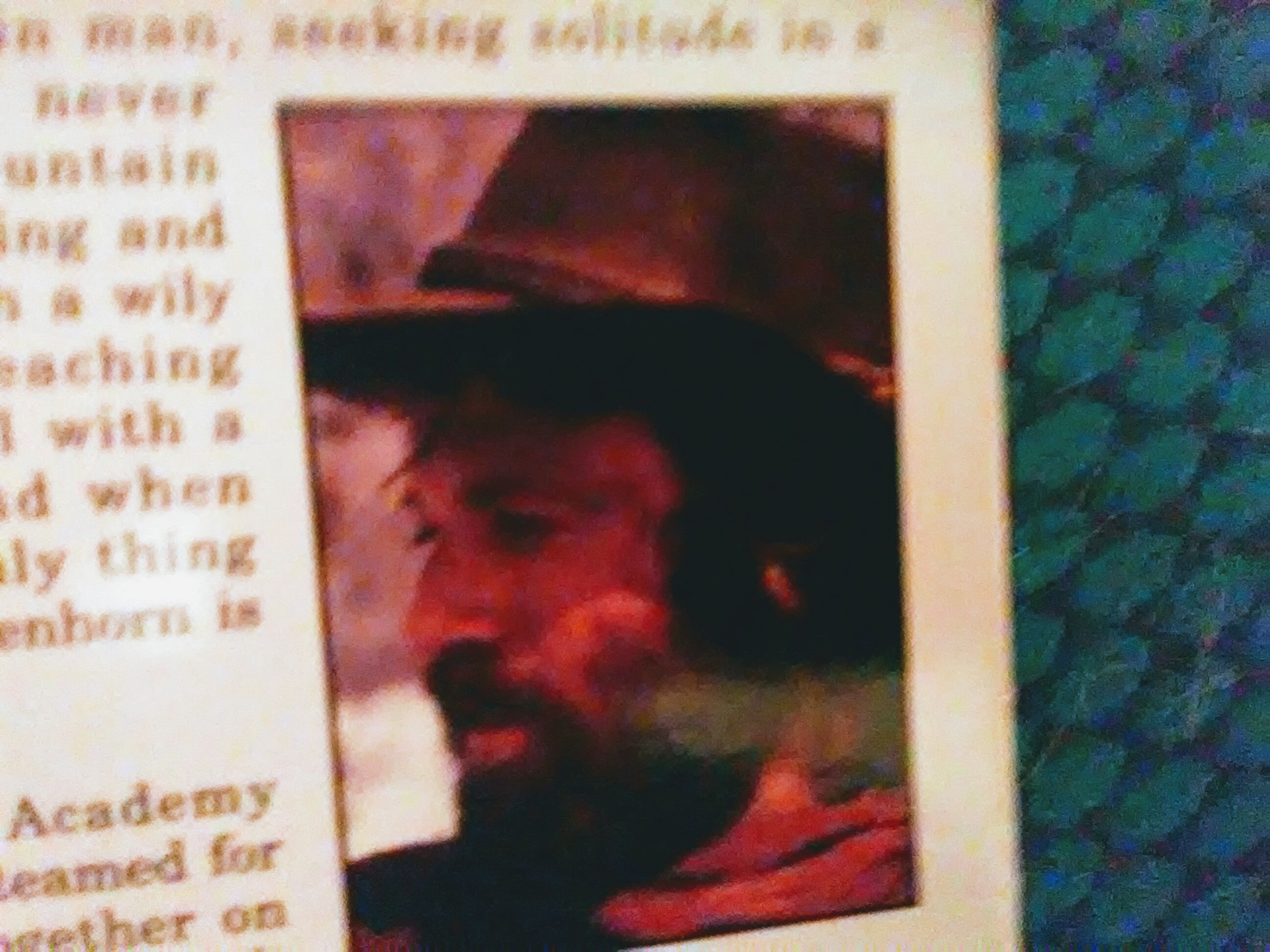 I see Redford walking towards me from movie screens all across the old Worcester, a vision of quiet elegance – or burly elegance. Often accompanied by a horse. 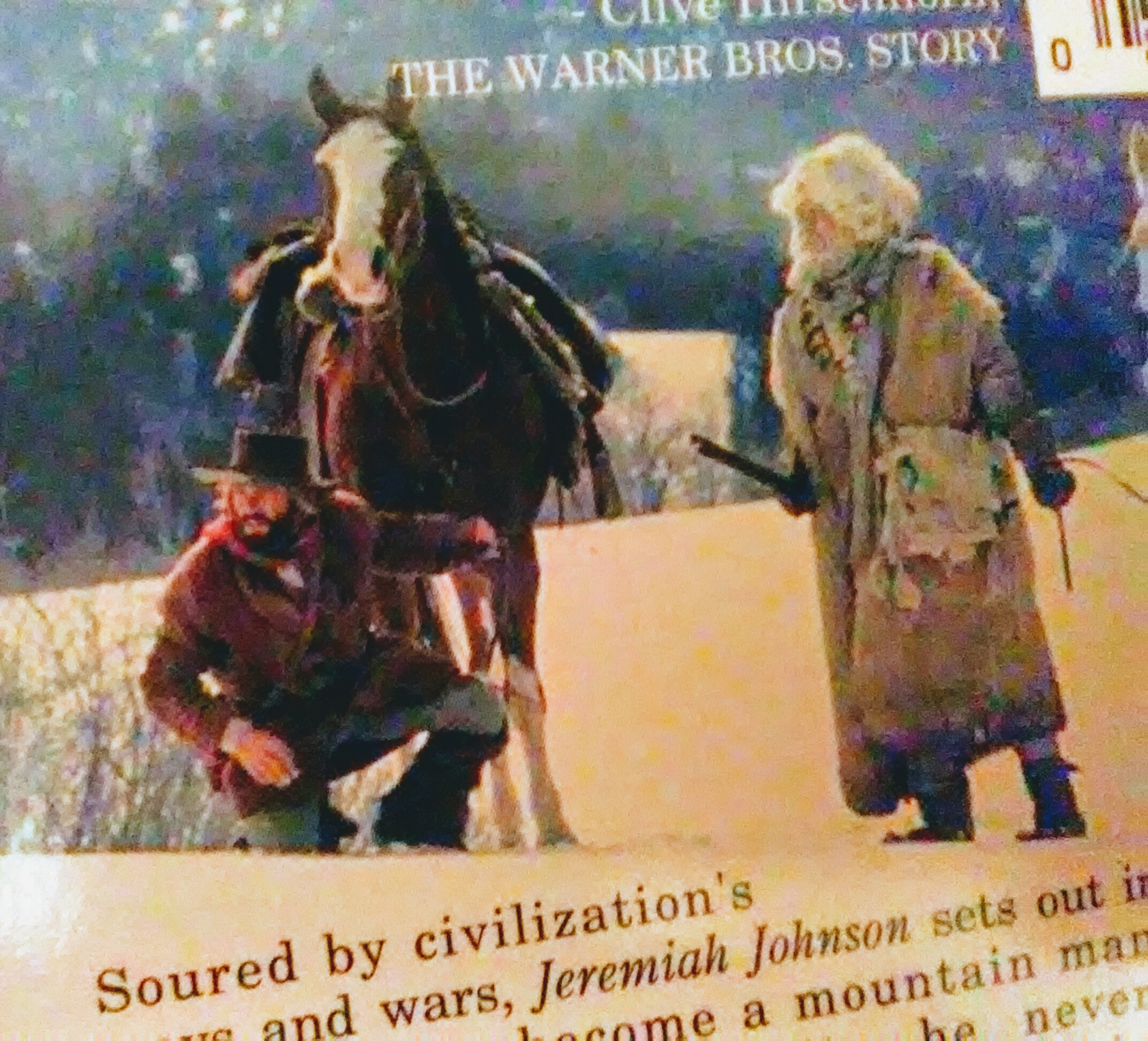 As a tween and teen, I waited excitedly for each and every Robert Redford movie. I went to see all genres: Western, romance, suspense. I watched them when, three or four years later, they were on TV. The Movie of the Week. There were no videos, VCRs, nothing, back then. Just you making a date with your favorite cousin to go drool over Robert Redford while he shone on THE BIG SCREEN, greasy yellow popcorn making our chins shine! But Redford was always fresh. Something new for me and all American girls: The sensitive male. The guy who actually talked to the girl. No pedestals, thank you very much. Just a level field. Sun drenched, certainly.

As a freshman at Clark University here in town I met boys who may have been as cute as Robert Redford but did not have his gravitas. They were not political enough (at least back then), and I was searching. So I transferred to UMass Amherst for my sophomore year and changed my life. THE ENTIRE PIONEER VALLEY WAS hip! to EVERYTHING!! Die-ins, marches, protests, rallies, poetry readings, the women’s center, organic gardening – I tried it all. I heard Betty Friedan and Gloria Steinem speak at a campus event one night – the crowd went wild! I had a very cool boyfriend who sold weed, got 800/750 on his SATs and took me to Sarah Vaughan concerts. I was home.

Sometimes I think Worcester needs to get more Robert Redford. As in progressive, liberal, clean, open. But we’re too gritty, too ethnic, too repressed, for that. Which I kinda like, perversely speaking. You’ve gotta mix in the Pacino’s with your Sundance. It’s the way of the world.