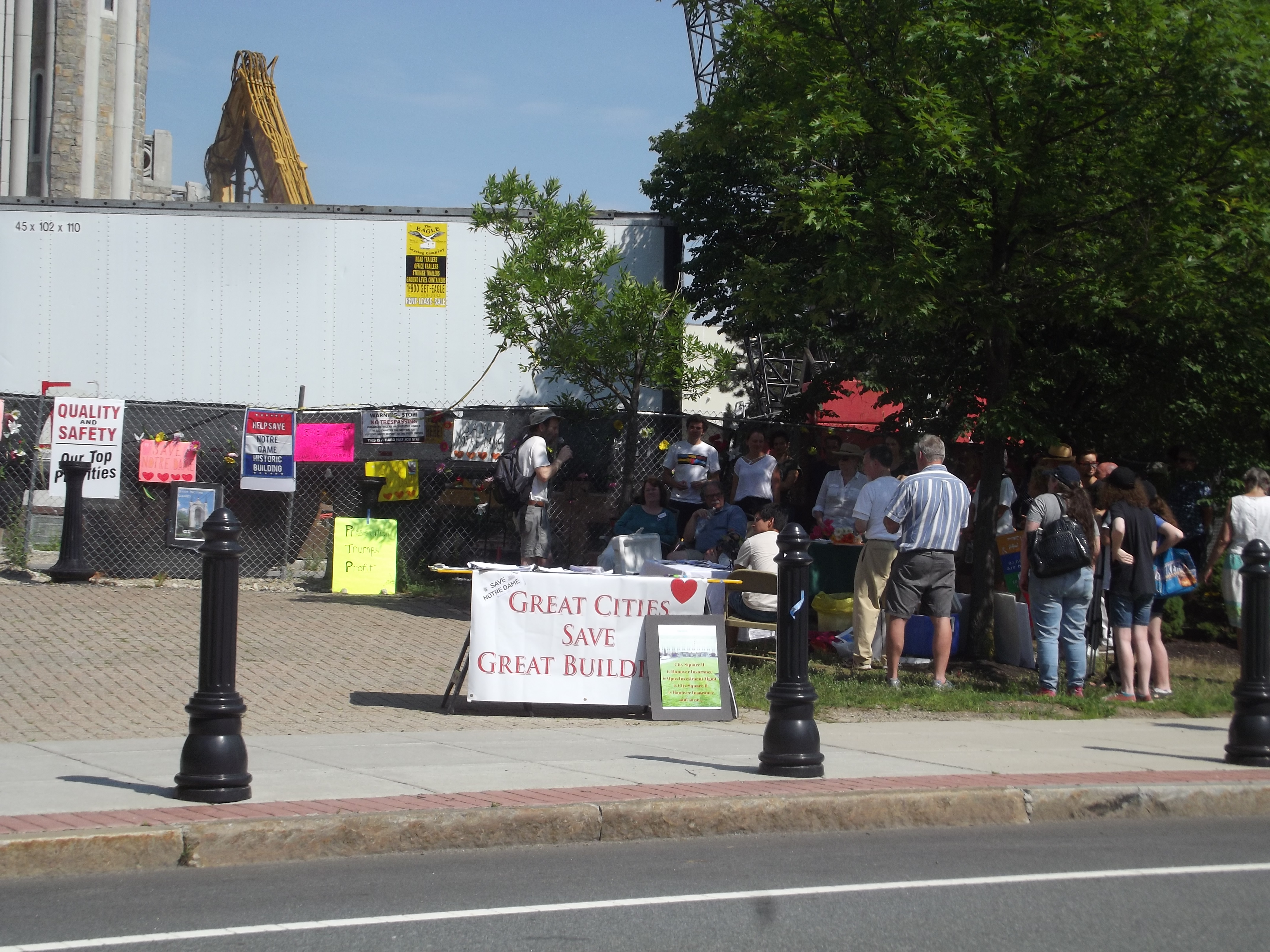 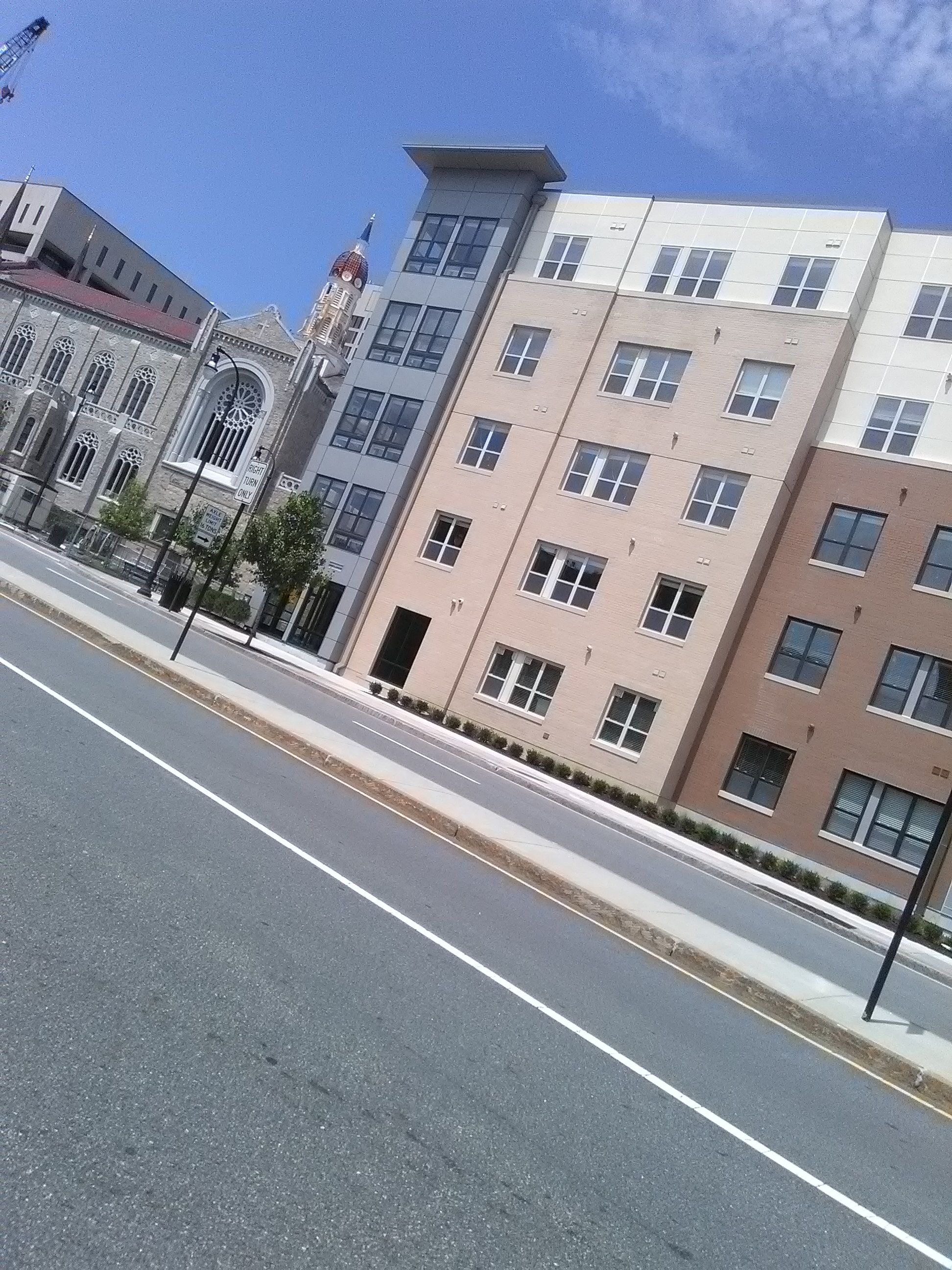 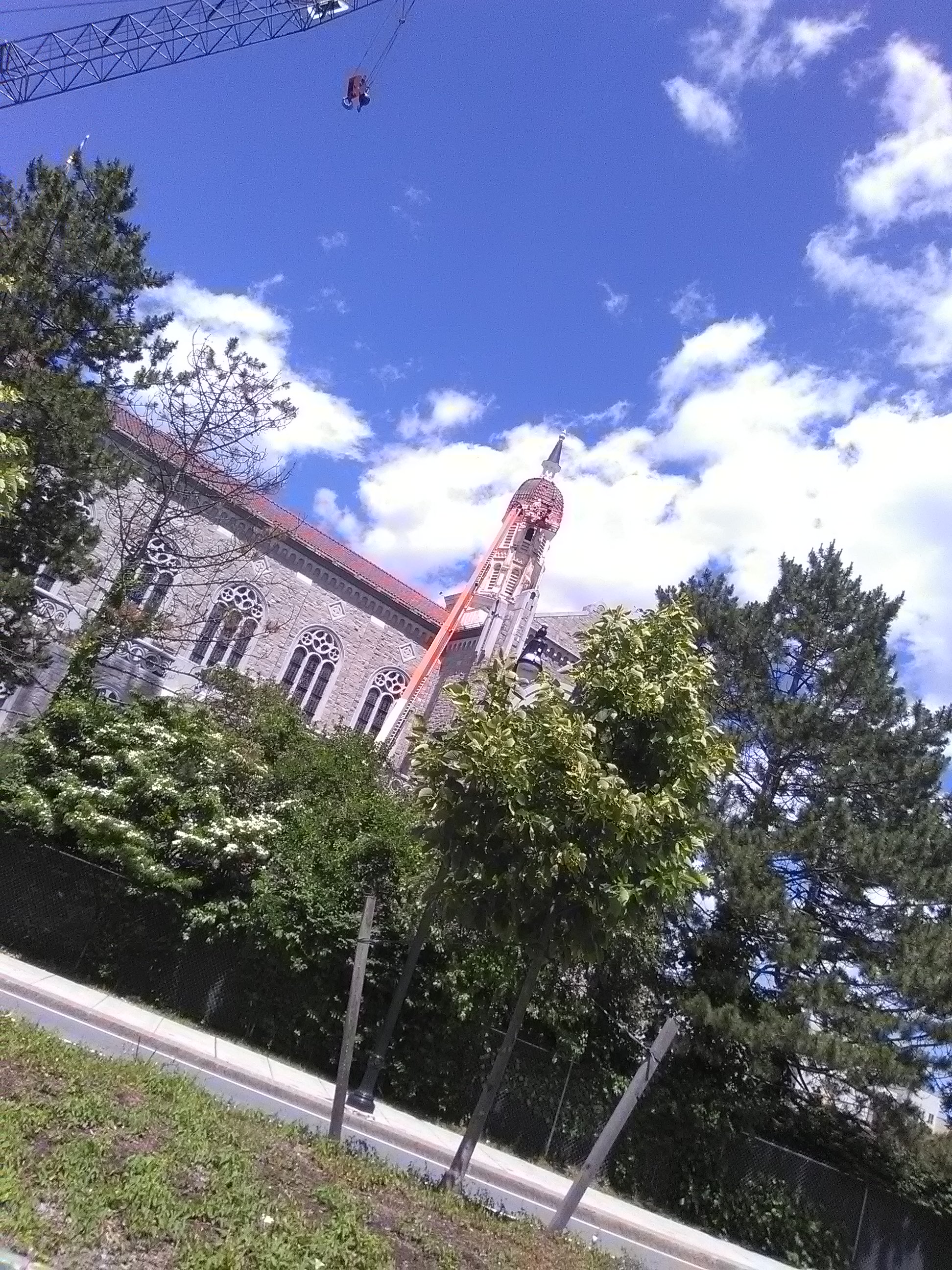 From the SAVE NOTRE DAME ALLIANCE:

Ted Conna, co-leader of the Save Notre Dame Alliance, today filed a Notice of Project Change with the Massachusetts Environmental Policy Act (MEPA) office of the state Executive Office of Energy and Environmental Affairs, to formally inform MEPA that the CitySquare project has been changed by the plan to demolish Notre Dame, as the project proponent has repeatedly failed to do.

The filing asks Beaton, a Shrewsbury native, to publish the Notice of Project Change in MEPA’s Environmental Monitor and accept public comments concerning the need for additional MEPA review of the demolition of Notre Dame, which would be at the discretion of the Secretary.

With the demolition of Notre Dame imminent, the filing also asks that MEPA’s response be expedited, so that further MEPA review will not come too late to be meaningful.

“As I’ve said before, the demolition of Notre Dame hasn’t had MEPA or Massachusetts Historic Commission review,” Conna continued, “because the proponents have done everything they can to avoid it – and the public participation that goes with it – by failing to disclose Notre Dame’s historic status on critical documents. Notre Dame is part of the state-funded CitySquare project, and state-level review is mandatory before its demolition because it is on the state inventory of historic assets.

“None of their legalistic arguments to the contrary pass the laugh test. Think about it: in 2017 they argued that demolishing Notre Dame requires no state review because it’s part of CitySquare, and therefore covered by a 2005 review done years before it was part of CitySquare! Now they argue it requires no further review because the Notre Dame parcel is separate from CitySquare – although they added it to CitySquare in 2012, and CitySquare II owns it! Separately, those arguments are unconvincing. Together, they are ludicrous.”

CitySquare II has argued that no state funds were spent to buy or to demolish Notre Dame, but the CitySquare project is a major beneficiary of state funding, and Notre Dame has been a part of CitySquare since it was added to the project area in 2012. State funds helped pay for all the new streets in CitySquare, including Trumbull Street, which borders and adds frontage to the Notre Dame parcel. This is indirect financial assistance, which triggers the review process.

Today’s filing follows numerous attempts in May of this year by another Save Notre Dame Alliance member, Jeffrey Cronin, to raise the same concerns with MEPA, MHC, and the state Economic Assistance Coordinating Council.

Cronin spent weeks trying to get staff at these agencies to respond to his inquiries, and became concerned that state-level review of Notre Dame’s demolition was being swept under the rug. He spoke to MEPA Director Deirdre Buckley at one point, but his May 31 letter to Secretary Beaton received no response.

“We’re still trying to save Notre Dame, but our effort is about more than just that,” Conna added. “It’s also about the integrity of the environmental review process, because if CitySquare can avoid review in this way, then anyone else can do the same thing: collect their state funding first, bide their time, avoid the review process by failing to disclose critical impacts, and then do the historical or environmental damage at the end while claiming the law no longer applies to them. This is a textbook case of how to evade public review, and it cannot go unchallenged.

“As the Notice filed today states,” Conna concluded, “the fact that CitySquare II has so far successfully evaded MEPA and MHC review does not extinguish their legal obligation, or the Secretary’s, to adhere to the MEPA regulations.” CitySquare II is a subsidiary of Worcester-based Hanover Insurance.