Worcester County District Attorney Joseph Early held a conference on the issue of justice in the public education system. It was not what I expected.

The main speaker was Richard Cole, an attorney consultant on the issue of Education Law. He focused his talk on his perception of a possible conflict between the recent Massachusetts statutes establishing regulations for the suspension of students, M.G.L. Chap. 222, and the Federal regulations regarding Discrimination Law for schools which are found in Title IX. 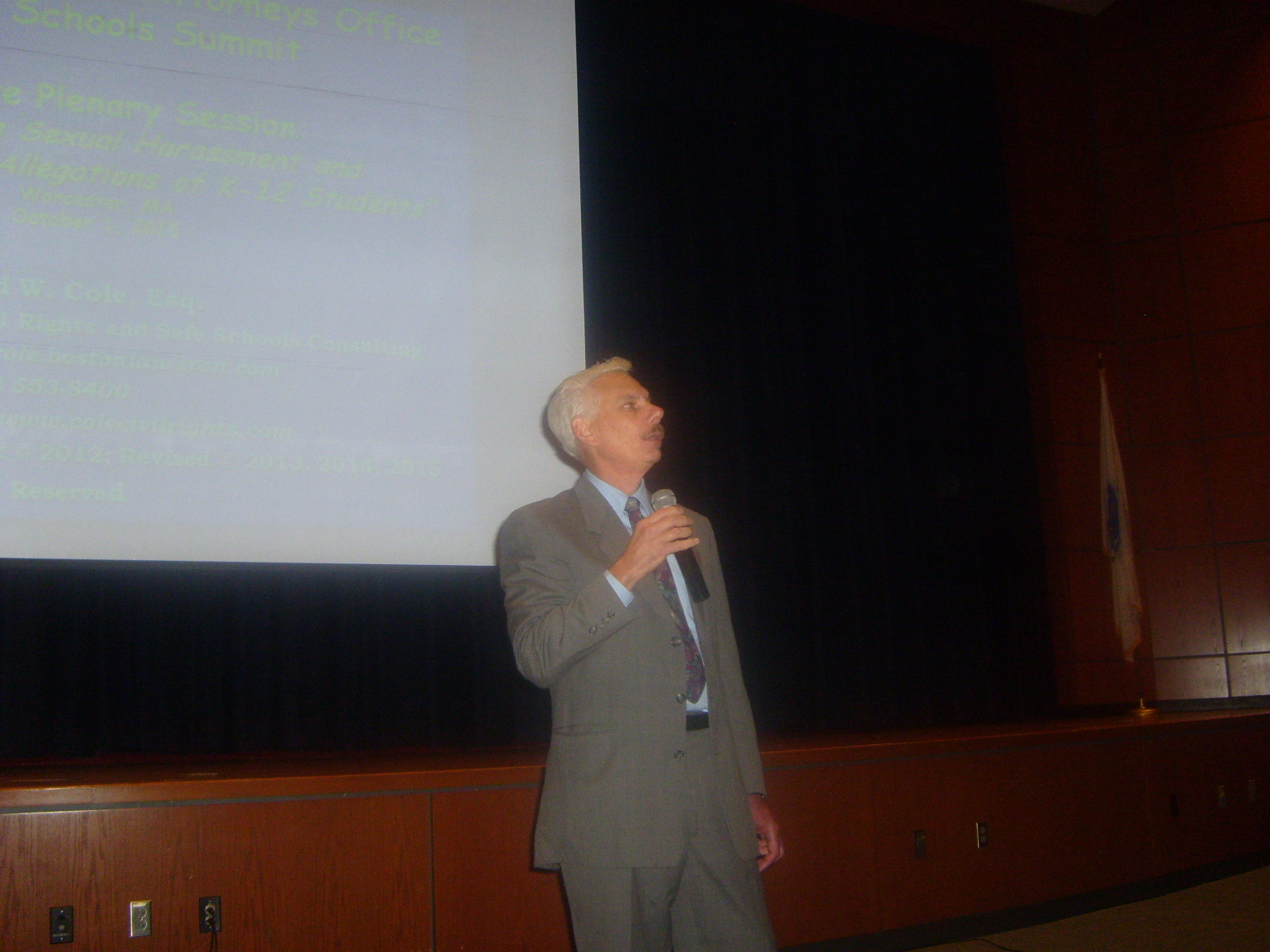 The emphasis of the State regulations regarding suspensions is establishing rights for the students alleged to have violated school policy; the regulations are enforced by the Department of Elementary and Secondary Education (DESE).

Federal discrimination laws are mainly written to protect the victims of discrimination and are enforced by the U.S. Department of Education’s (DOE) Officer of Civil Rights (OCR).

The DESE regulations provide guidelines for short-term and long-term suspension of students. 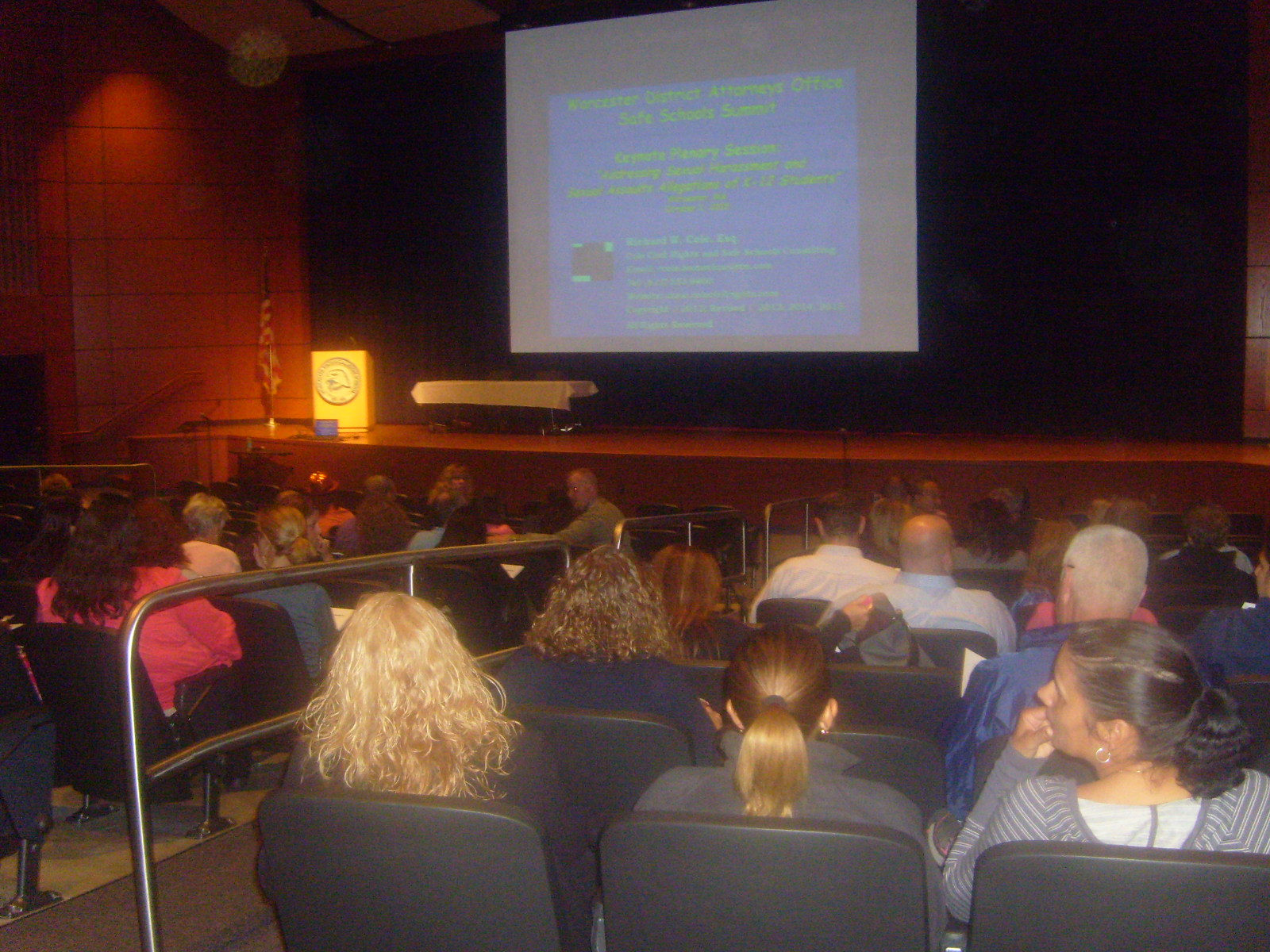 Learning about justice in the education system …

OCR regulations require not only the same rights for the alleged victim but also that the school creates an immediate plan for the safety of the victim. This safety plan is required to be made known to the victim. Not taking immediate action opens the school to liability under Discrimination Law.

So who is covered under discrimination laws?

Students in what are called protected classes are covered. A protected class is defined by legislation or regulation and includes race, sex, handicap, etc. Discrimination Law is not the same as the anti-bullying regulations. As a rule bullies are seen as non-discriminating harassers.

Mr. Cole talked mostly about sexual harassment. In these potential situations at school several things will happen: If there is a determination that a felony could possibly have been committed, then all of the DESE regulations are moot. The school can suspend immediately without a hearing. However, during the investigation, the school and the police are somewhat at odds when there is no determination of a criminal act. The hearing and investigation that is required for long-term suspension could interfere or taint the criminal case.

One thing I found discouraging is the statement by Mr. Cole that even if the victim or the alleged policy violator got a lawyer, many lawyers do not know well education laws,

Mr. Cole mentioned that most of us are not aware of basic concepts such as what is consent or respect or the consequences when these are lacking. He pointed to the young man in New Hampshire who went on trial for sexual assault of a 15-year-old underclass girl. He said these concepts should be better taught in elementary schools.

The issue of justice in the education system is a difficult one for all school systems; Worcester is not excluded. Unfortunately, I see that many people think that justice means more cops and criminal justice professionals in the schools.  Kids should be viewed in terms of education and as still maturing, instead of in terms of criminal laws.