The Worcester Telegram laid off, on August 13, 2019, longtime columnist Clive McFarland and business writer Peter Cohan. Their layoffs are part of the latest round of cutbacks to hit Worcester’s only daily newspaper, the Worcester Business Journal (WBJ) is reporting.

“I was unceremoniously shown the door today by Gatehouse, deprived even of the long-established protocol of allowing a columnist to bid farewell to his readers,” McFarlane wrote on his Facebook page. “So I’ll say it here. It has been a long, rewarding trip, during which my life was made richer by so many of the people I’ve had the pleasure to write about.”

Roughly one week ago two major newspaper chains in the United States, GateHouse Media and Gannett, linked up when Gatehouse bought Gannett and became the largest chain in America. Gatehouse owns the Worcester Telegram and Worcester Magazine.

The newspaper industry imploded in the 2008 recession, with magazines shutting down, newsrooms devastated by layoffs or buyouts. Consolidations then took place, as several large chains metastasized across the United States, gobbling up independent dailies and, more often then not, closing them as the advertising pie continues to shrink. Competition from the Internet made it nearly impossible for many newspapers to find independent sources of revenue to finance their publications.

A TALE OF TWO ALTERNATIVES 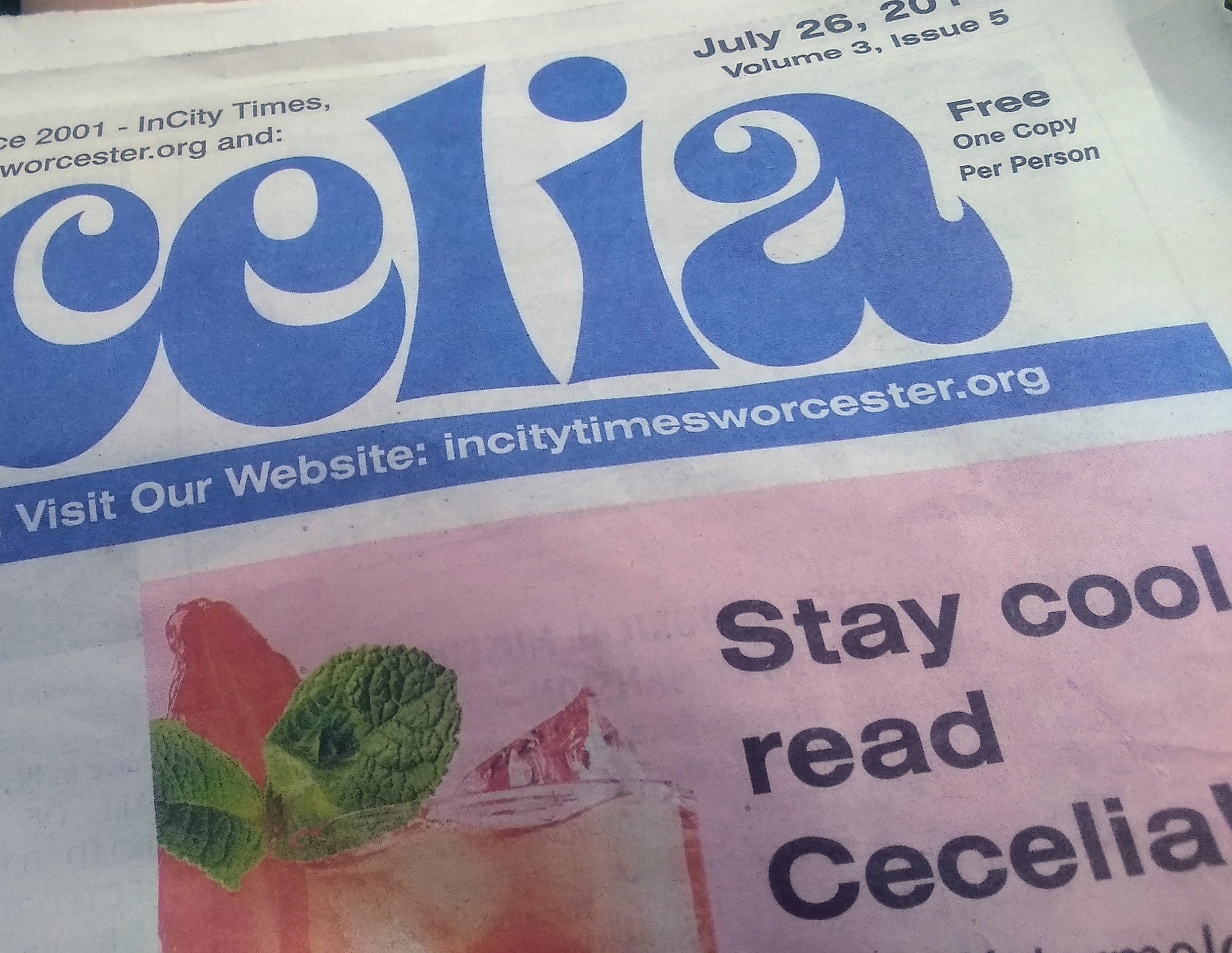 And then there was one. The only surviving, independently, locally owned alternative newspaper in Worcester is CECELIA and its Internet incarnation, the still robust InCity Times website (new stories posted daily)-incitytimesworcester.org (I will refer to them both in this story as the “InCity Times.”)

The history of alternative newspapers in Worcester Massachusetts is a long one. For this city’s generation of Worcesterites, the most recent sustained alternative (begun in 1976 by the iconic Dan Kaplan – I wrote for Dan back then) is Worcester Magazine, an alternative weekly. Today – after the WoMag and T and G merger – Worcester Magazine is less alt rag and more lifestyle, now running the columns of longtime T and G lifestyle columnists after shedding most of the WoMag staff. It’s an insert in the Worcester Telegram – replacing the family’s thin lifestyle insert.

It was an ignominious end to a proud tradition.

But back in 1976 the just puts the gate Worcester Magazine was met with loud hallelujahs by Worcester County’s liberals and arts community. The paper stressed investigative reporting of the city’s mostly Irish-Catholic political establishment. Columnist Ken Moynihan won many plaudits as Worcester Magazine’s political writer. But as the years went by, the iconic paper was sold in 1992 to Allen Fletcher, a scion of one of Worcester’s most prominent families: the Stoddards founded, and at times controlled, the Worcester Telegram. They also owned much of the stock of the the Wyman-Gordon industrial plant.

In the early 1980s, some of the papers were distributed Wednesday morning at the Worcester Center Galleria. They were usually gone by Wednesday night. People went out of their way to pick up a copy.

Fletcher is right about one thing: He made some questionable appointments of editors.

Worcester Magazine had stopped being an alternative and was just another establishment echo.

Now in Worcester, there is only one alternative left: Rosalie Tirella and the InCity Times crew. We’ve outlasted the Fletchers, Worcester Magazine and all the other half-hearted attempts to publish an alternative rag! 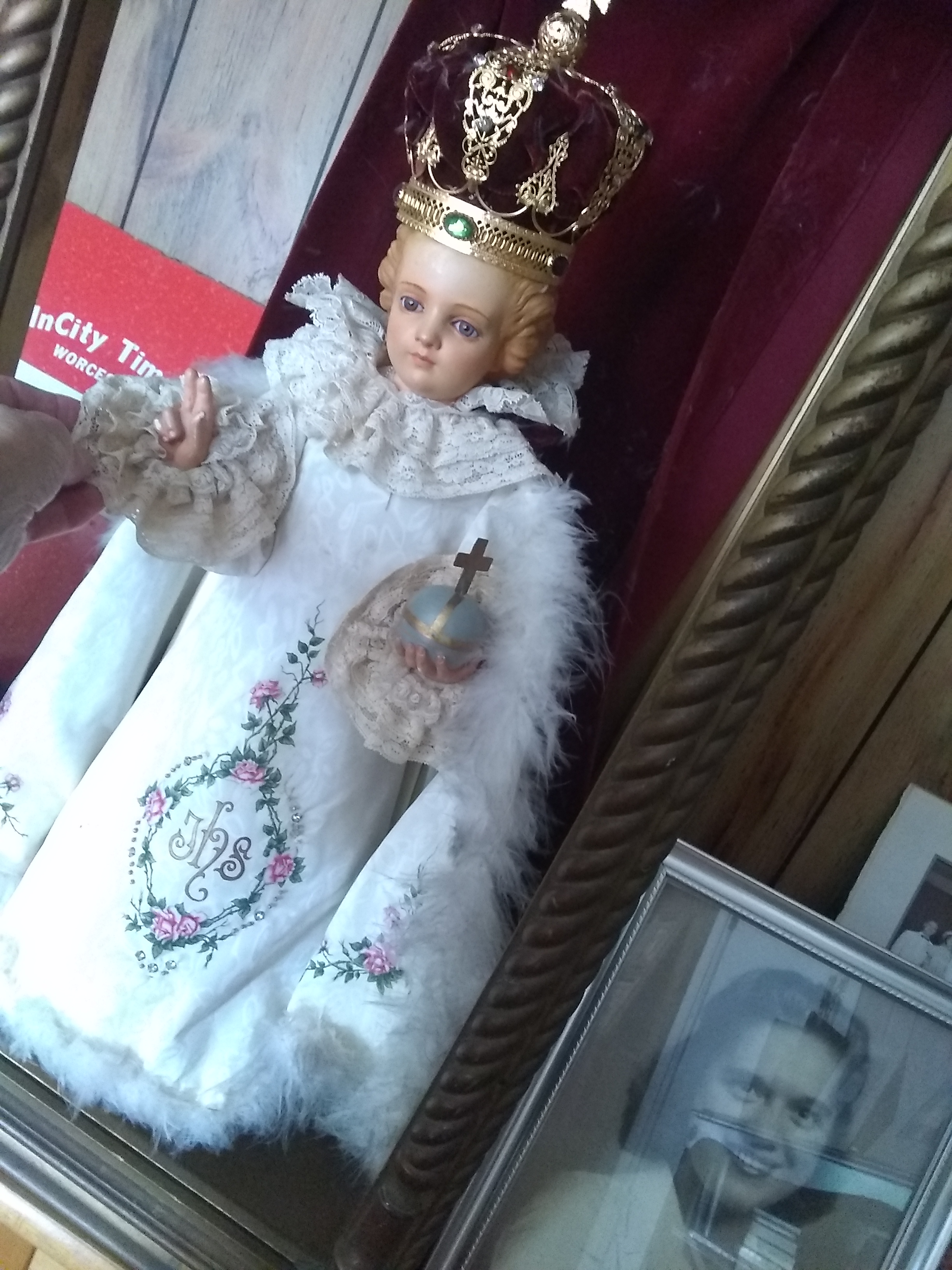 If Rose were religious, she would have done a ton of praying to her saint behind the glass as she put out InCity Times for 14+ years, a biweekly alt rag … and now her beloved CECELIA and its website. But she’s not a joiner! This statue is just a huge memento, from her late mom, Cecelia! Rose’s secret? She is tenacious as hell, smart and a wicked hard worker who’s in love with Worcester, her hometown, and all the cool stories her city has to tell. Plus she has GREAT WRITERS! text+pic: R.T.