It’s the middle of the year! The irony of “mow” vs. “snow” is crazy! While we try to stay warm in the winter, we try to keep cool in the summer.  And what better way to be cool than with refreshing salads and drinks?

One of my favorite salads is a watermelon salad; it is so fresh and delicious and can be a meal in itself with cheese added for protein.

You can be creative with spices. My favorite is fresh basil. However, any FRESH spice works: cilantro, rosemary, chervil or even mint. They all sparkle with the watermelon. 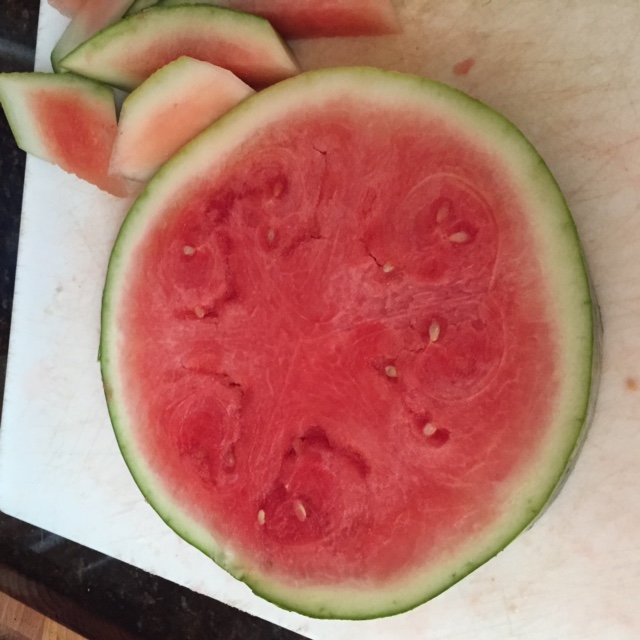 So with a rosemary watermelon I add Feta cheese crumbles and sprinkle with cider vinegar. With basil I add a touch of balsamic vinegar and crumbled blue cheese or feta. 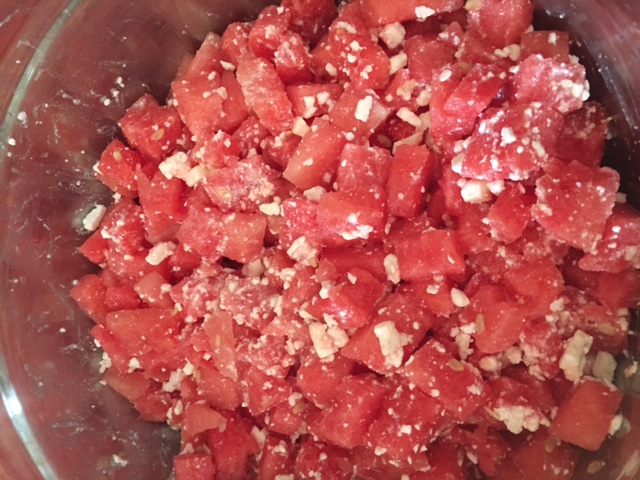 With cilantro I tend to use champagne vinegar and add queso blanco and a touch of salt.

They are all head turners and always a hit!

Ok here is the watermelon history part! Watermelon traces its roots to Africa, where it is found growing wild. Sometime in the the 19th century, watermelon basically was indigenous to tropical Africa. 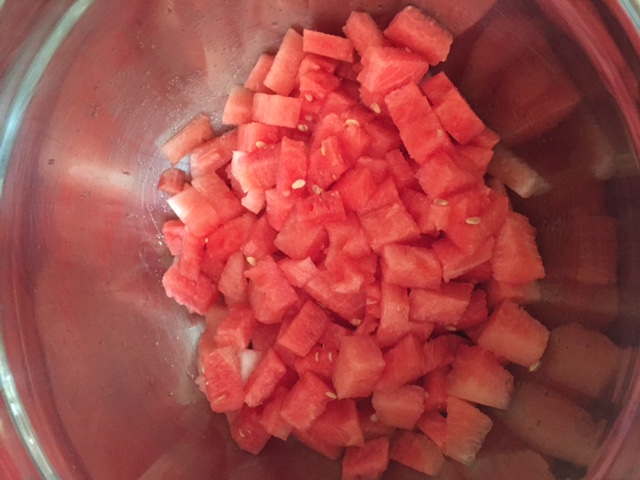 Researchers have found evidence of its cultivation in the Nile Valley tracing back to 2000 BC!  Watermelon seeds have been found at 12th dynasty sites and in the tomb Tutankhamun!

Watermelon is also mentioned in the Bible as a food eaten by the ancient Israelites while they were in bondage in Egypt.

In the meantime…during the 7th century, watermelons were being cultivated in India, and by the 10th century they reached China, which is now the world’s single largest watermelon producer. Spanish Moors introduced the fruit into Europe and there is evidence of it being cultivated in Córdoba in 961 and also in Seville in the 1100’s. It spread north after a stint in Spain to southern Europe, very slowly because summer temperatures were most likely a factor for good yields. The fruit had begun appearing in European herbals by 1600, and was widely planted in Europe in the 17th century as a minor garden plant.

European colonists and people that were then deemed slaves brought watermelon into the “Colonies.” Spanish settlers were growing it in Florida in when they arrived in 1576, and it was being grown right here in the Bay State by 1629, and by 1650 was being cultivated in Peru.  Even Brazil, Panama and many British and Dutch colonies discovered their love of watermelons! Never mind South America – around the same time, Native Americans were cultivating the crop in the Mississippi valley and Florida. Watermelons were introduced by the invading Captain Cook to Hawaii and other Pacific islands, where they were rapidly accepted. 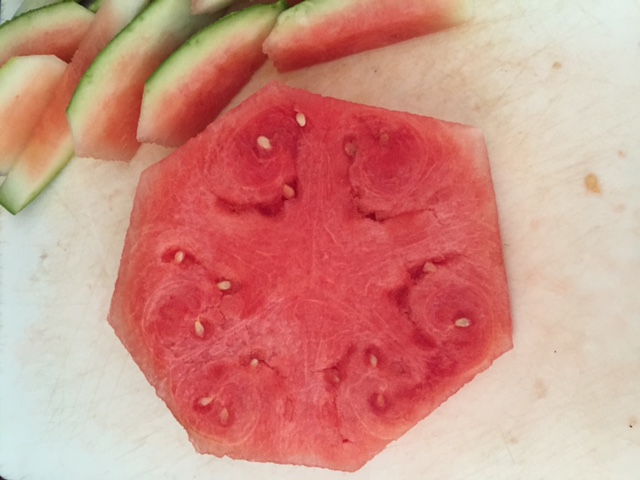