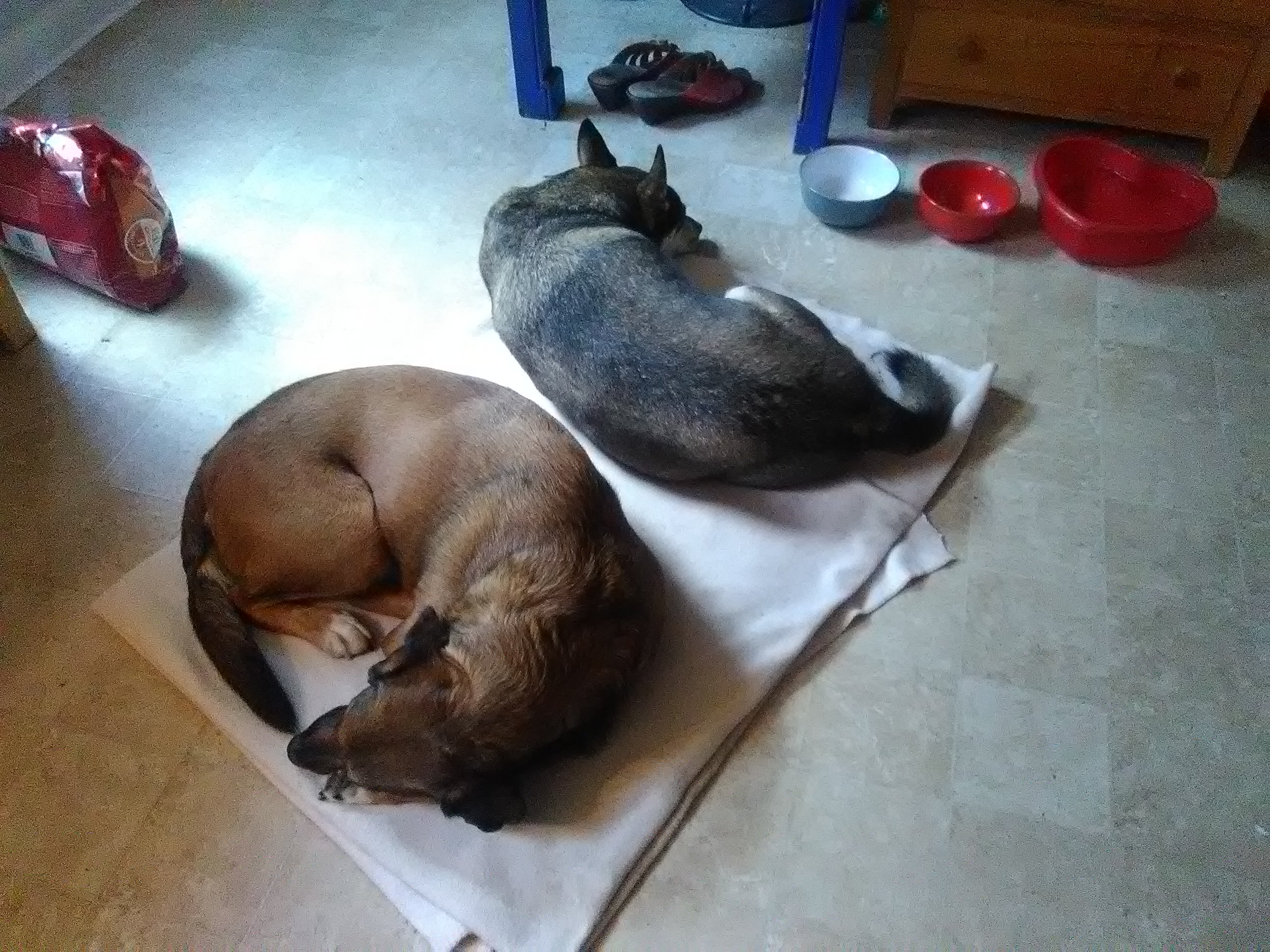 … on this cold winter day, drinking the God-awful coffee I bought yesterday (on sale, of course). This makes the day feel all the colder.

Thinking how downtown Worcester is changing … fancy food, college kids/Millennials, entertainment districts … Not a retail store in sight – something the old Worcester downtown had in spades. Lived/loved it!! 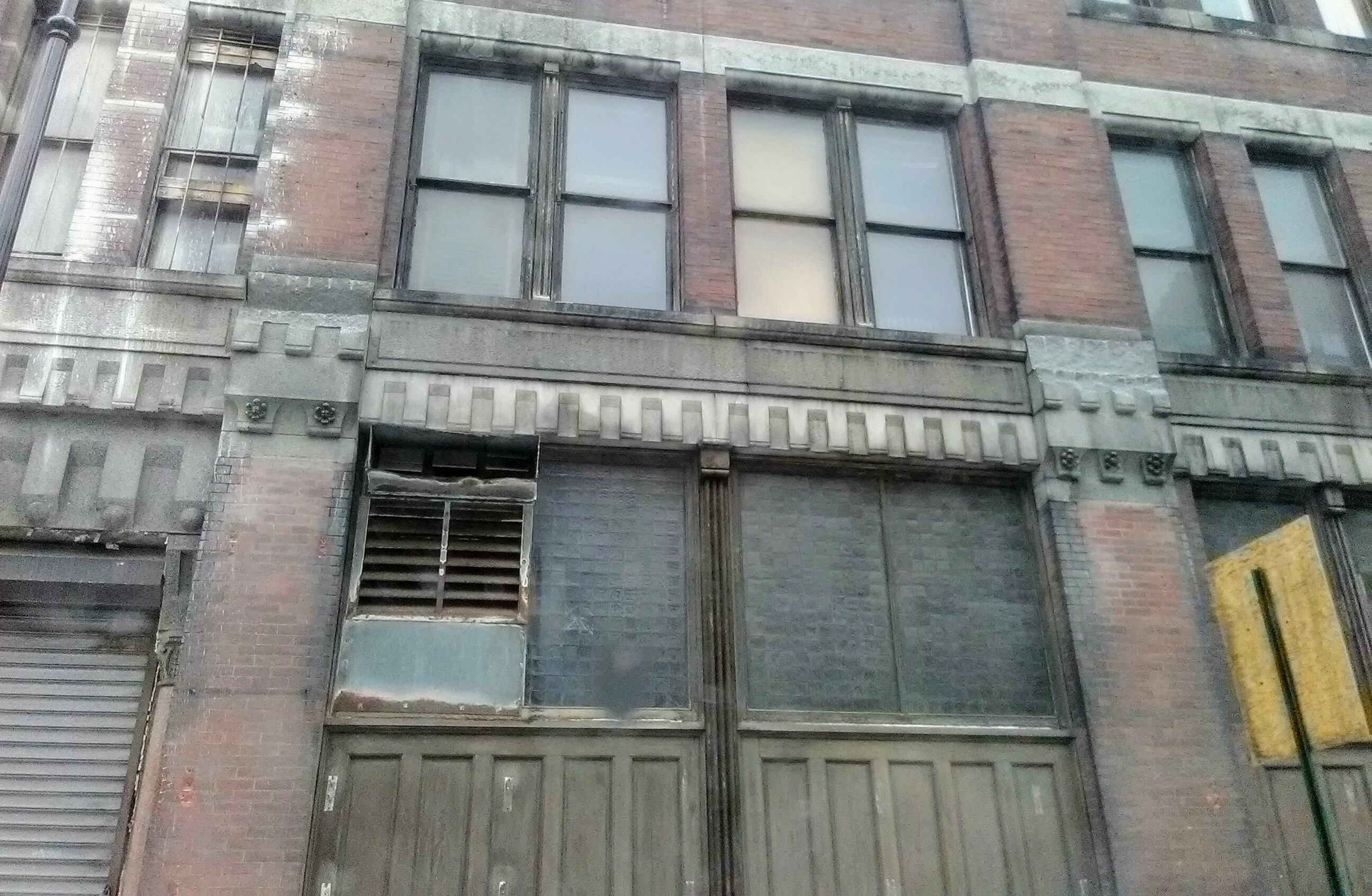 Above is the side of downtown’s Shacks building. It’s getting a do-over for the new businesses that will replace the building’s iconic, now shuttered, Shacks Men’s Store. So sad to see its retro yellow-gold gravel store-front torn down, along with that fabulous, jazzy “SHACKS” sign!

And then there was the shop – everyone just called it “Shacks” – a strictly men’s clothing and accessories store, a centerpiece of the 1950s/1960s male-centric, white Worcester downtown – a bygone era when ties, dress shirts and suit coats were worn by all our city guys who didn’t hammer, pull or push metal, wire or textile at our myriad factories. Woo teachers, lawyers, shop keepers and managers often bought their best duds at Shacks where shirts were custom-made to fit all male frames – with that Shacks panache! The Shacks male sales clerks, all nattily dressed in Shacks suits, were in absolute command! They flicked their measuring tapes down to the floor, lightly pressing them against their customers’ fat, short, skinny or stubby legs, now donning Shacks slacks. Should the trousers be shortened? Lengthened? Their waists let out for men whose physiques often resembled leading (and sexy!) actor Spencer Tracy’s body! Whatever it took to make the guys look perfect!

The men in my old Green Island/Vernon Hill Union Hill neighborhood didn’t wear suits to work – they wore grease-, motor oil- and dye-stained overalls – a testament to their doin’ time at our factories for (thanks to the unions) good wages, security, health insurance and pensions. Sure, they were sweat shops, but they enabled the men, often immigrants or the sons of immigrants, to buy Upsala and Providence street’s grand three deckers and even Victorians – and live an American Dream … and look forward to easy, “professional” jobs for their kids.

Same, on a much smaller scale, for Spencer, a Worcester County town whose people have yet to recover from the closing of all their mills/factories doors: 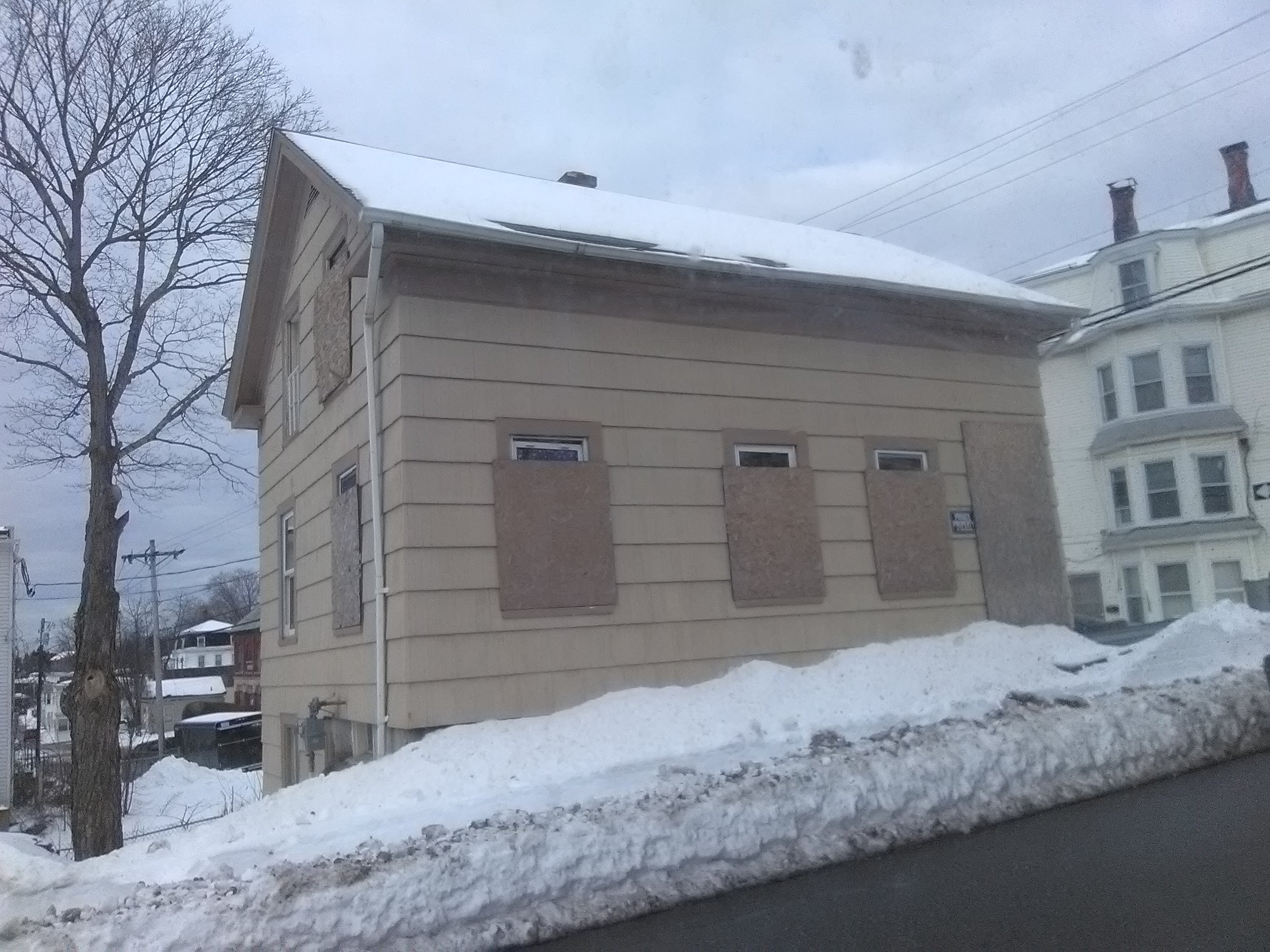 In blue-collar Spencer some of their old mills/factories still stand, with big X’s over their doors, windows: CONDEMNED. Big toxic cesspools owned by once prominent Spencer guys: the Saads, for instance. Many of the smaller neighborhood stores and schools that once served the long-gone workers still stand, condemned. Nothing but waste and despair now – tattoo shops, chop shops, liquor stores galore! 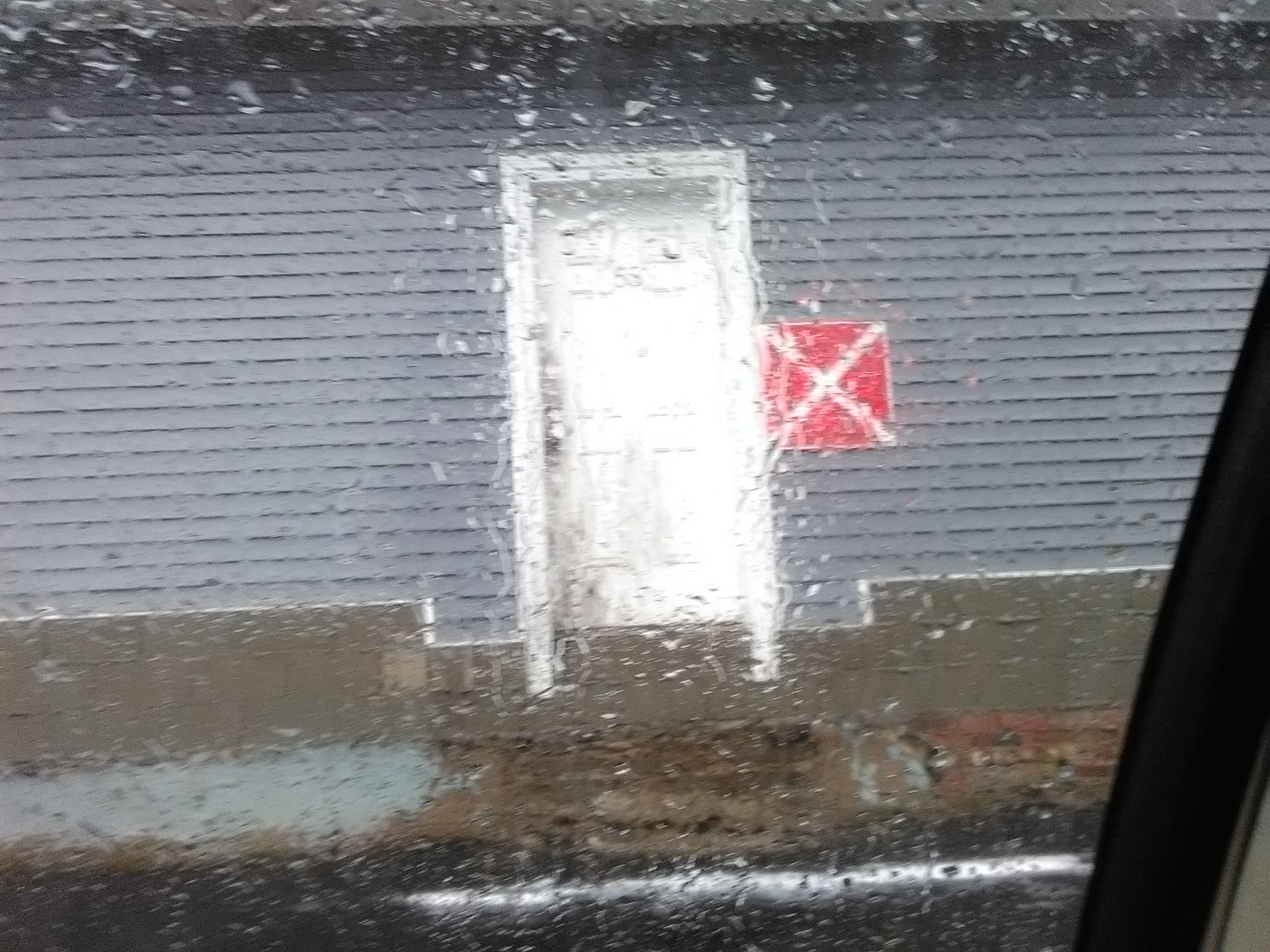 The people of Spencer’s Chestnut/Maple street area are so downtrodden it hurts! All government mental- and physical-disability-check-receiving folks … sad, scary … sick … 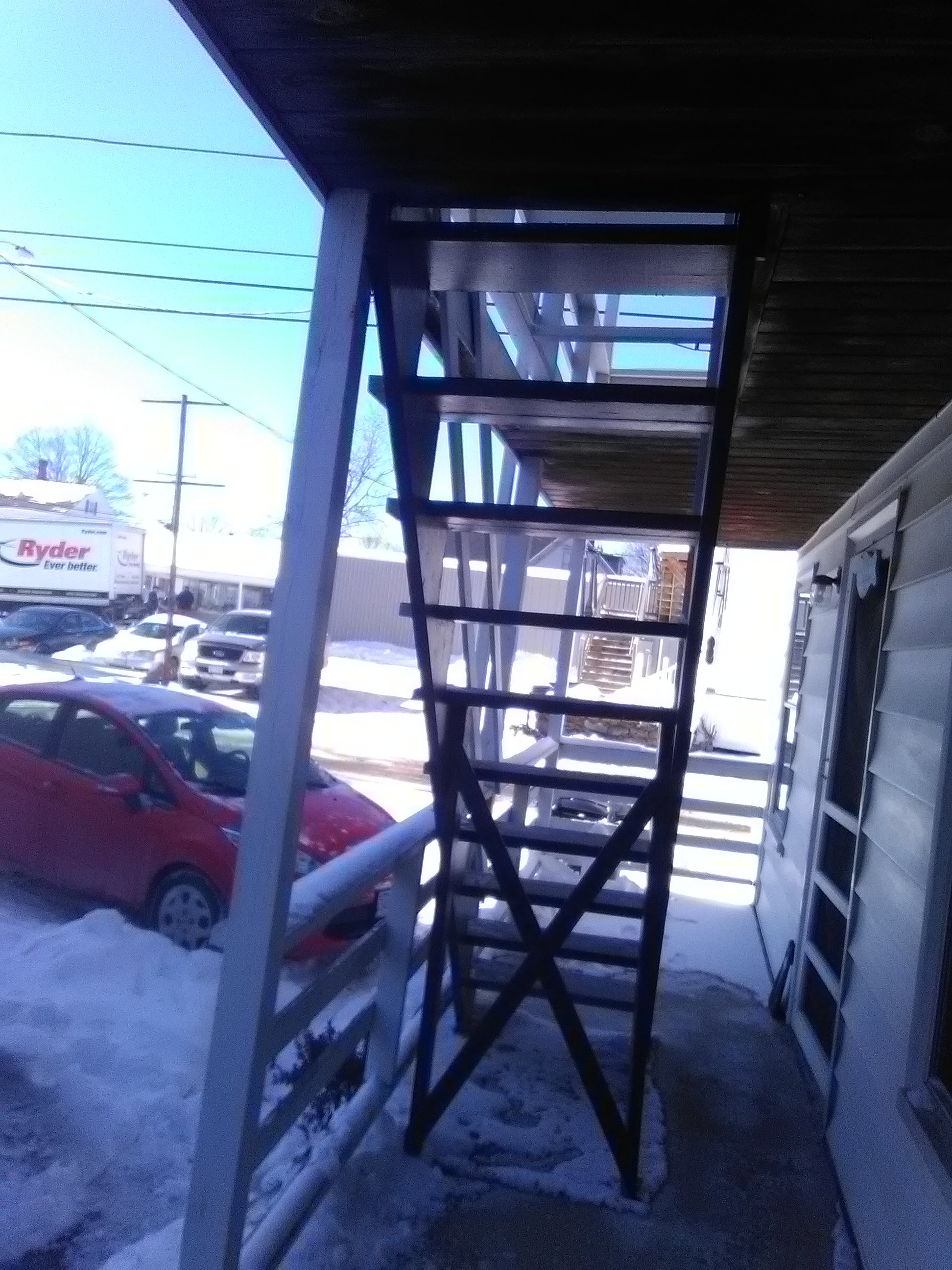 Outside you see crippled men walking haltingly, stoicly, with their shopping wagons filled with food, or grown men wearing floppy Bozo shoes – their soles coming off! They are slipping and sliding in the January slush.

This same pattern, but “citified,” as in faster, sharper, leaner, runs in Worcester’s older factory neighborhoods, which haven’t kept up with the other side of Park Ave or the burgeoning Canal District and Downtown neighborhoods: their once wonderful three deckers are now cut-up and owned by Section 8-desiring, money-grubbing absentee landlords and their Section 8 tenants. The scene: guns found in building entry ways, or right outside buildings; open heroin use – shooting up outdoors, in the early morning … and a growing homeless population. A population Worcester CM Ed Augustus and city leaders still can’t quite wrap their brains around. On the fringes of the gentrifying Canal District: 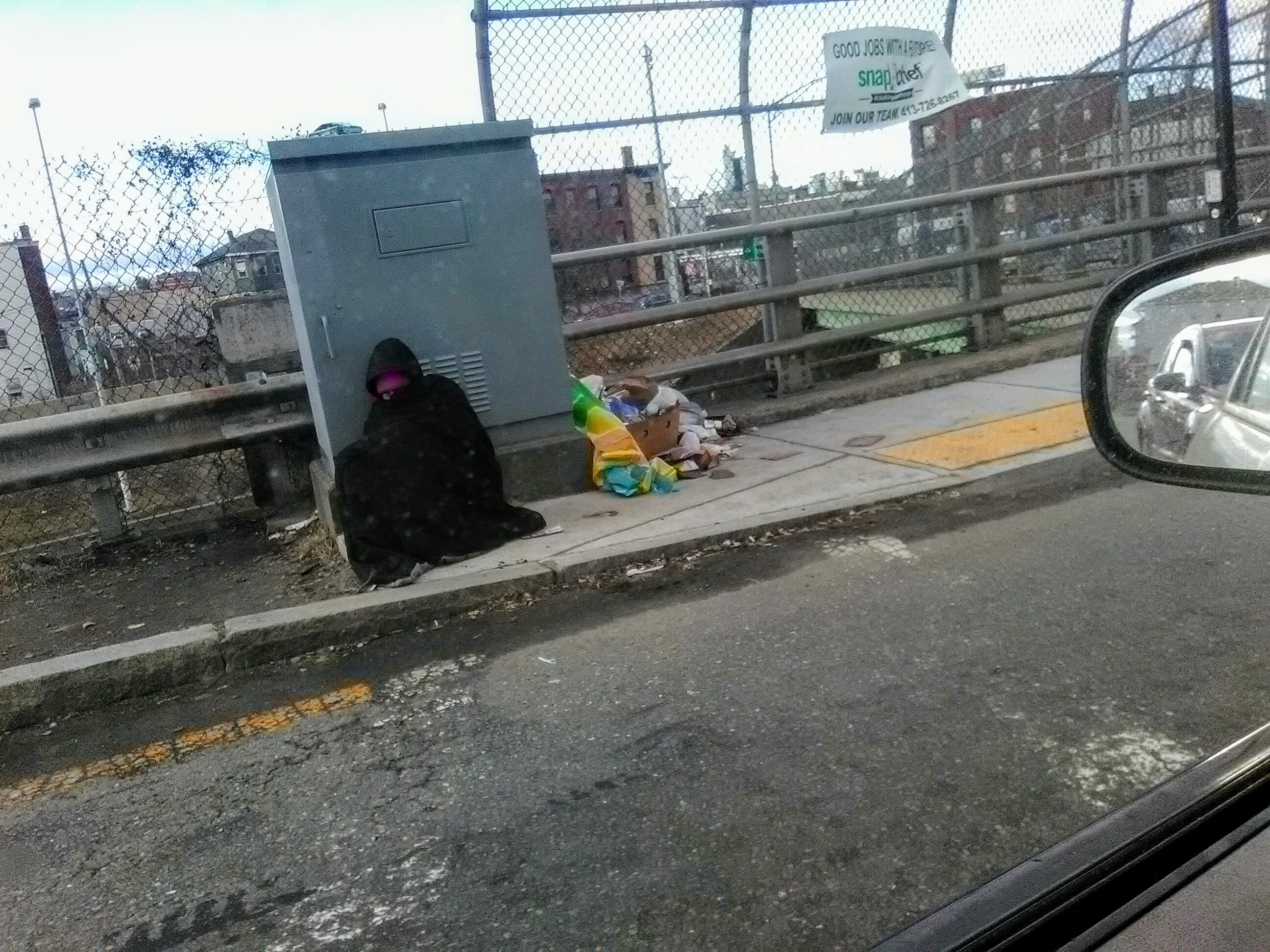 Why are people in these city/rural neighborhoods brought down so low, when all this government assistance is supposed to bring them up?

Besides EDUCATION, how can we make it better for ALL poor people RIGHT NOW? Guys dressed in rags, men dying! – not “living”! – in poverty?

This makes me think of Edna, a Lafayette Street lady who seemed to transcend it all. A profile in courage. She worked with my mother at the Millbury Street dry cleaners, when I was a little girl growing up in Green Island. 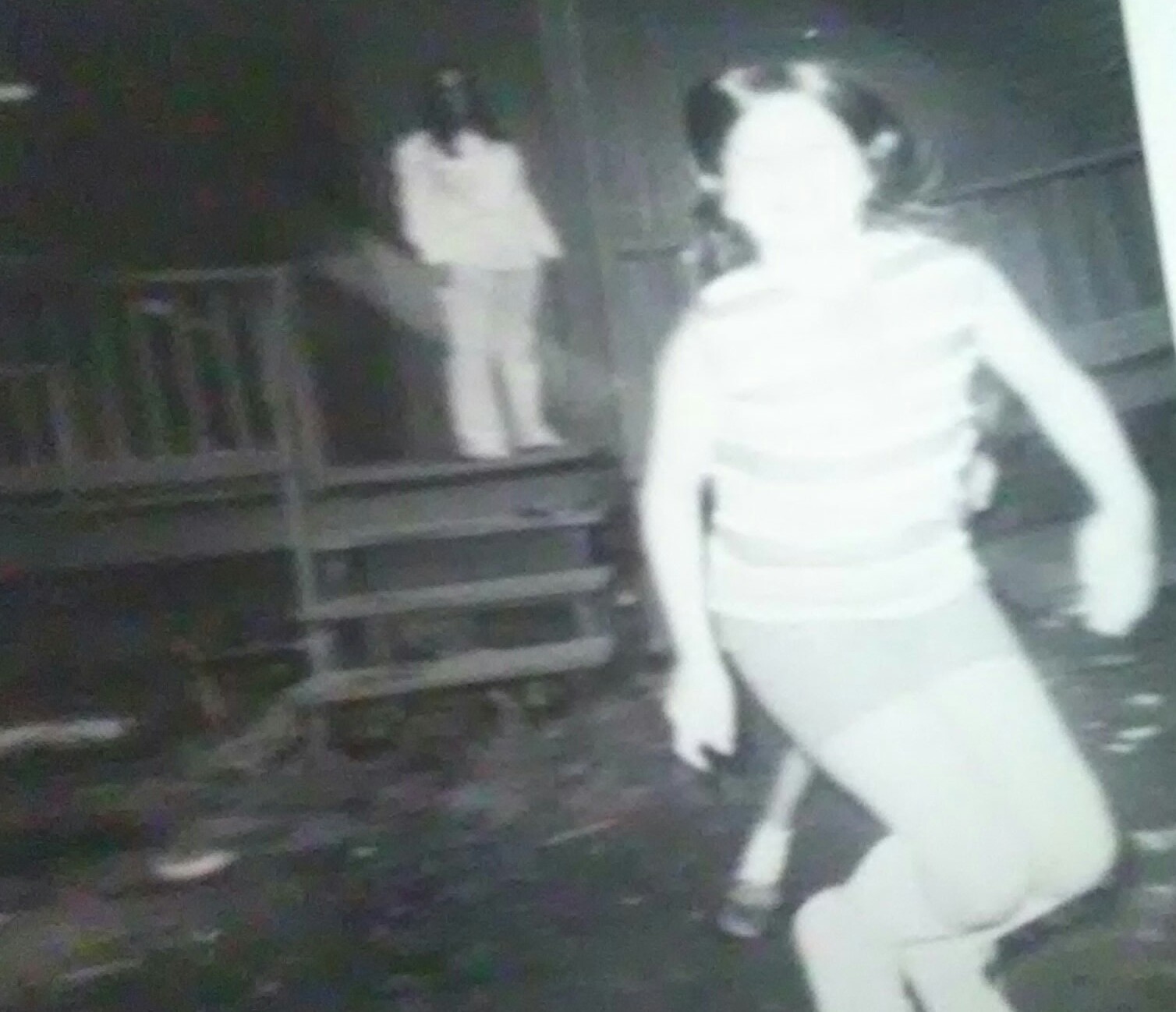 Rose, in 5th grade at Lamartinr Street School, jumping rope in the backyard of the Lafayette Street three decker where she lived with her Ma, Bapy, Jaju, kid sisters and peripatetic “Daddy.”

Edna was a composite of pretty much all of the conditions described above: crippled, she walked with a severe limp; she had difficulty speaking: you listened to her slow, vowel-swallowing voice carefully to understand her sentences; poor: she lived in half of a boarded-up store front on Lafayette Street, a five-minute walk away from our house.

And yet Edna was one of the loveliest people I have ever known! I can still picture her: strawberry-blond-dyed hair permed tight, with so many little round curls and ringlets framing her angular face; bright blue eyes; the small, see-through galoshes she wore over her shoes when she walked to work, often in the gutter because Lafayette Street was smoother than our cracked and crooked sidewalks. She used a cane.

Edna always wore big, sparkly costume jewelry clip-on earrings. She wore make up, too, sometimes applied a tad too heavily. And she always wore, over her work clothes, in fall and spring, a mid-calf brushing, perfectly clean, light grey raincoat. A-line to make it easier for her to walk.

Edna was always smiling! She loved my mother, who loved her, and she loved Ma’s “three little girls,” who ran to her in the dry cleaners to scream: HI, EDNA! WE’RE HERE!!! when we came to visit Ma after school to check in and for a few dollars to buy an after school snack at the kid-filled Pete’s Dairy Bar right down the street. A kids’ paradise filled with chocolate shakes, hamburgers, Cokes and french fries – and a wall of pinball machines! Half of St. Mary’s school hung out at Pete’s after classes, pop music wafting through the place!

HI, GIRLS! Edna said back at us, grinning from ear to ear, stepping away from her ironing board, her thick-corded industrial iron and big metal “pressers” – huge upright machines that you put shirts on to steam smooth. They exuded steam, radiated warmth. Edna worked in that, winter and summer. Edna would stop working for a few minutes when we kids visited her as if to drink in all that girly giddiness. Then she went straight back to work.

Edna was one of the dry cleaner’s “shirt pressers” way in back of the shop. She was one of the best “pressers” in Worcester – the dress shirts she ironed for customers, later covered in long, plastic bags by my mom, tied with a red twist, looked PERFECT after she had ironed and labored over them. Edna was fast, hobbling from machine to machine, and focused. She seldom sat down for breaks, even though her bony legs looked like they could snap at any moment. There was a metal folding chair set up for her a few feet away from her work station by the bosses, but she seldom used it. In summer time, even with the huge industrial metal fans in the dry cleaner’s windows working overtime and the big floor fans on the main floor humming, Edna worked hard, tomato-faced, a film of sweat dislodging her make-up. No matter. Edna was oblivious, on a mission. She hovered over her iron, her shirts …she worked her machines expertly. The shop’s Armenian owners were all about money, cheapskates, but they brought a familial flair to their small biz. Middle Eastern snacks were always handed out, jokes were shared, workers’ kids welcome. The owners always gave Edna a plate of hummous with Syrian bread cut into quarters during her stints. Water or juice, too. They knew a good thing when they had one. When it snowed or rained, the boss – or a worker – drove Edna home. She had her own radio by her side at work. At company Christmas parties at the old El Morrocco on Wall Street she sat with the owners who brought her her food and drink. She clapped her hands to the music as my mom and colleagues danced away on the dance floor. Edna ate heartily and sipped her wine. She was driven home like a queen. Her jaw contorted as she struggled to say a joke, get her words out, but you held her fine-boned hand and listened.

At some point during my childhood I got it into my head that Edna was an angel – golden, curly-haired, twinklin’ rhinestone earrings and that A-line, almost white coat of hers, just like the angel ornaments wore on our Christmas tree. I felt Christmasy when I saw Edna! Happy! Blessed! Walking up Lafayette Street, I’d slow down as I passed her ramshackle digs, hoping to catch a glimpse of her outside on her little wooden porch. But I never did.

I hoped to make her part of the old peoples club that I had put together for myself in my neighborhood: Old lady “Roxie” who wore highly polished black men’s lace shoes and white ankle socks. She’d had a stroke, so the left side of her mouth sagged. Still, Roxie smoked like a chimney and had the raspy voice of a gangster. Bitching about our neighborhood, with her cigarette dangling sideways out of her crooked mouth Roxie could have been a barkeep in an old Jimmy Cagney movie! I loved her! … Or this cute old couple on Endicott Street who sat on their front porch with their tiny beige and white chihuahua nesting in the old woman’s ample lap – the pup who always wore a pink rhinestone collar – and bitten a bunch of people. Or the other old couple whose building faced ours. The lady knit and sewed all sorts of pretty things. At the beginning of every season she sewed me and my sisters little cloth folk dolls with bonnets, aprons and soft faces. A doll for each season!

I adored all my old people …their faces, clothes, rants about our ‘hood, their perspectives – and walked over to their porches after school or on a Saturday morning to chat with each of them for about 10 minutes. Then I’d walk home happy!

Edna was never part of my seniors club. I did see her, just a few times, lugging her shopping wagon on Lafayette Street, going home, after grocery shopping. Her cart was half-filled with the groceries she had bought at Millbury Street’s Supreme Market. Her ungainly gait make me fear for her safety. But Edna never fell; I never even saw her stumble.

Edna probably – and should have – collected a disability check, yet she worked part-time (“under the table”) at the dry cleaners, at a hot, often physically demanding job. Why? Well … she liked her bosses, loved her co-workers, got to dress up for work – was the cutest dressed lady in the sprawling shop. She got out of her tiny apartment and … CONTRIBUTED.

She had friendships, fellowship. She saw life out of the tiniest lens but so did Emily Dickenson. Edna saw the feisty little brown sparrows in her little tree outside her place, the sun setting over I 290, where the back of the dry cleaners ended, her co-worker’s little kids, all silly and full of fun. She snacked on stuffed grape leaves and babaganouch! She took a job most people would scorn and turned it into an artform.

And yet now, when I drive by Edna’s old house (still standing!), half expecting to catch a glimpse of her in her light raincoat … why do I wipe away the tears under my big sunglasses?