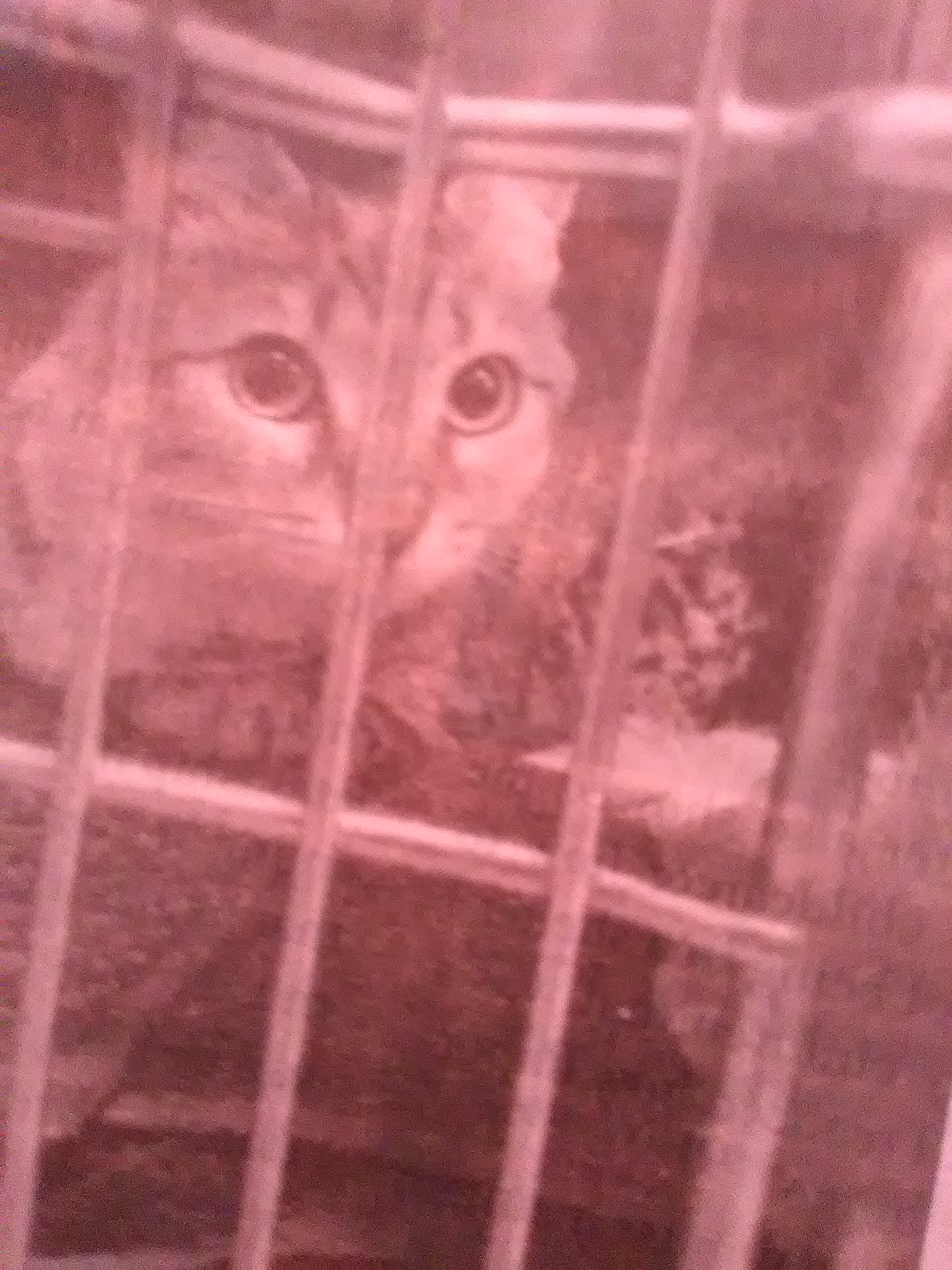 This found kitty was quite the find!

Text and photos by Dorrie Maynard

A friend of a friend called me a month ago about a friendly, stray and pregnant cat that she had been feeding in her neighborhood. She was concerned that the cat would
have her kittens outside and they would be lost.

Knowing that I am involved with rescues, they decided to give me a call. After reaching
out to Karen Powers, the co founder of Spay Worcester,who in turned
reached out to Melanie at WARL, they came up with a space for this cat to be safe and to have her
kittens in. 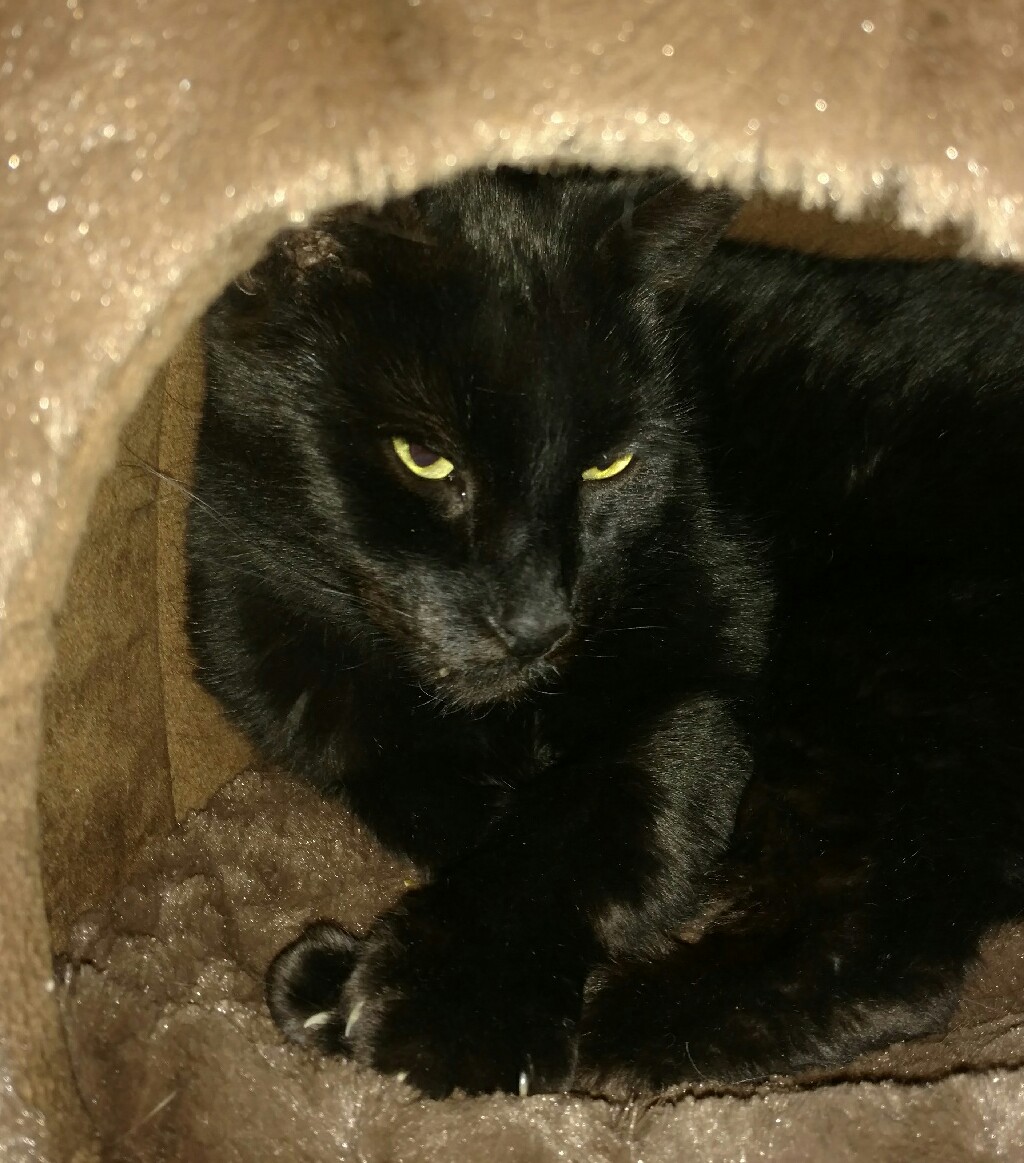 One of Dorrie’s babes – a rescue!

I got up very early the next morning to go and get the cat into a carrier and take her to WARL. The woman who I picked the cat up from
was so upset! She was crying when I took the cat; She wanted to be sure that the cat would be alright. I assured her that WARL would keep the cat and her kittens until they were all ready to be neutered or spayed, and then they would all be adopted out. 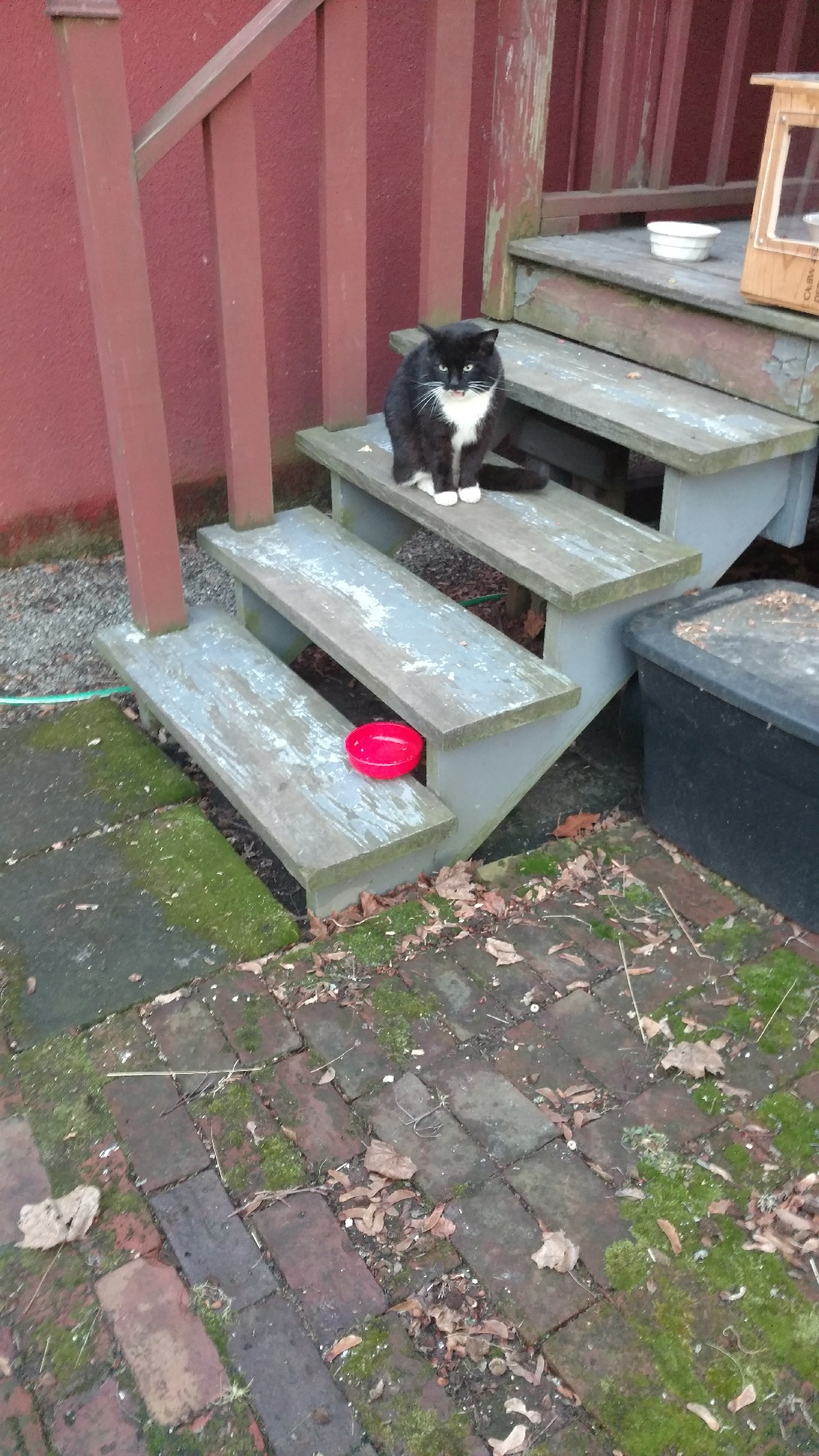 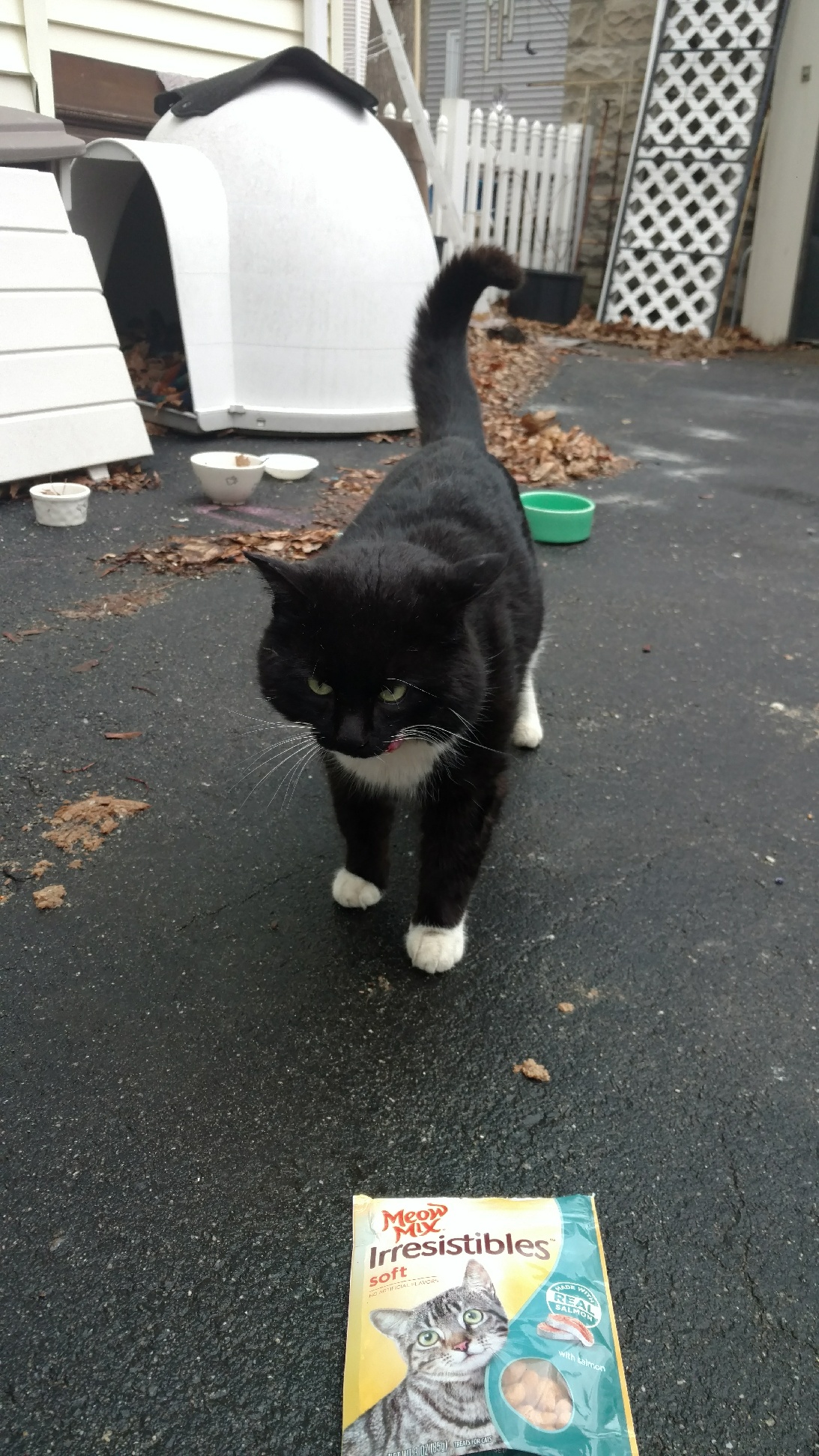 He’s a tramp but Dorrie loves him!!

The poor cat screamed the entire car trip to WARL. In my car, driving, all I kept telling her was: “Don’t worry, Momma! You and
your kittens will be safe now! No more roaming the streets, looking for handouts.”

Later that afternoon, I received a call from WARL: Not only was the cat not pregnant (just fat), she also had a micro chip and belonged to someone who lived on the next street over from where I picked her up! 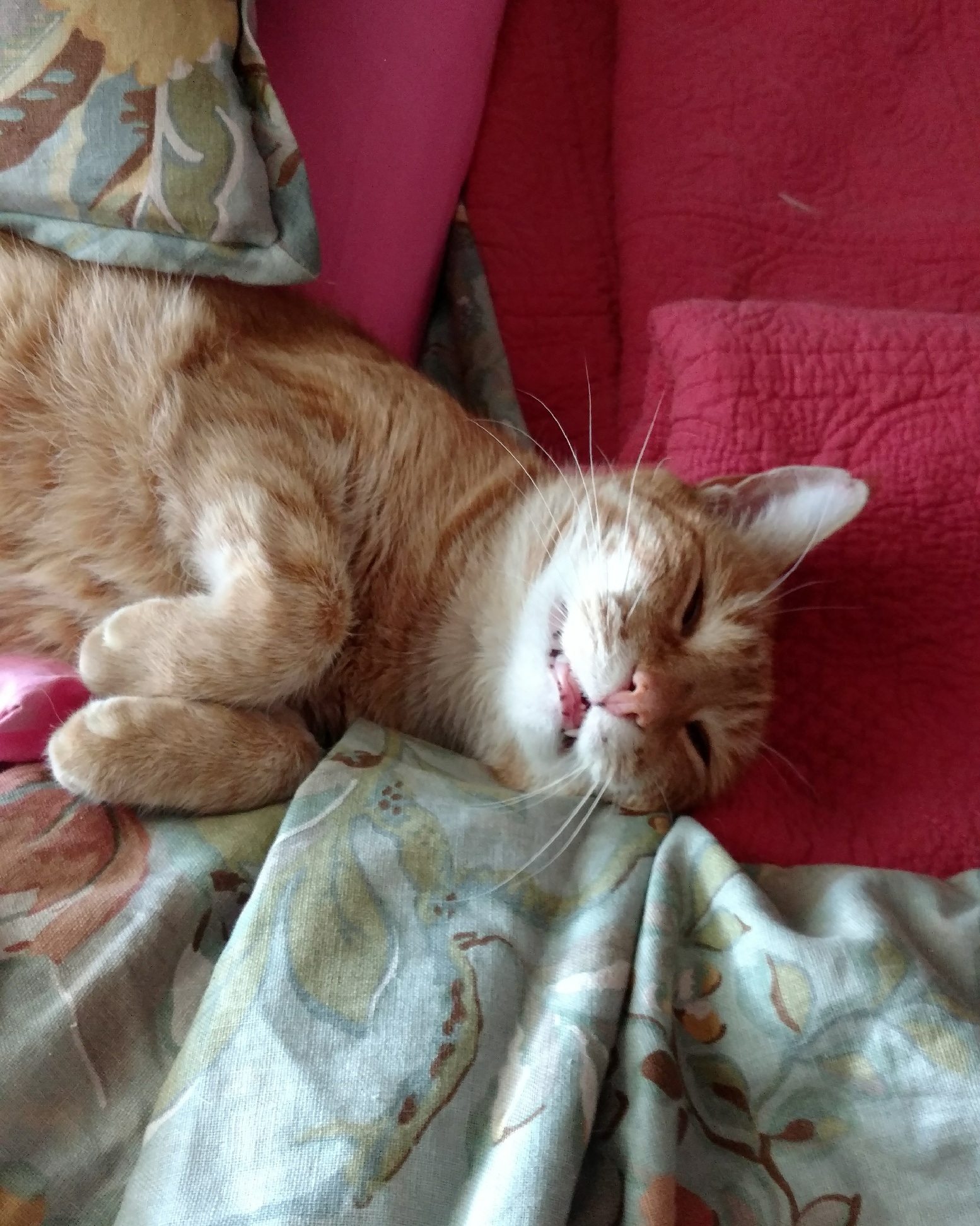 I learned something new: Melanie informed me that outdoor cats will travel up to ONE MILE to find food, and this woman had been feeding this roving cat regularly … . So the cat knew where she could get an extra meal!

I called the woman who had initially called me to tell her that the cat did in fact have a home and that she might want to consider not feeding it anymore – just give her a few treats when she sees her.

The cat was really fat! I honestly thought she was pregnant!

The cat was eventually returned to her rightful owner, and I assume she is still romping around the neighborhood looking for hand outs whenever she comes across a tender-hearted “feeder.”

I always say: “Cats are like men – they remember where they were fed and always come back for more!”

On another happy note, Pinkie Pie, the beautiful pit bull that I wrote about, has finally been adopted!! I happened to be at WARL doing
some pet food packaging for Central Mass Kibble Kitchen when the new owner brought her back to have her nails clipped. I met Pinkie Pie’s owner, and he seemed so in love with her! And she looked great! He said he takes Pinkie to work with him every day. Her allergies are still an issue, but he is staying on top of them and giving her all the love that she so deserves! 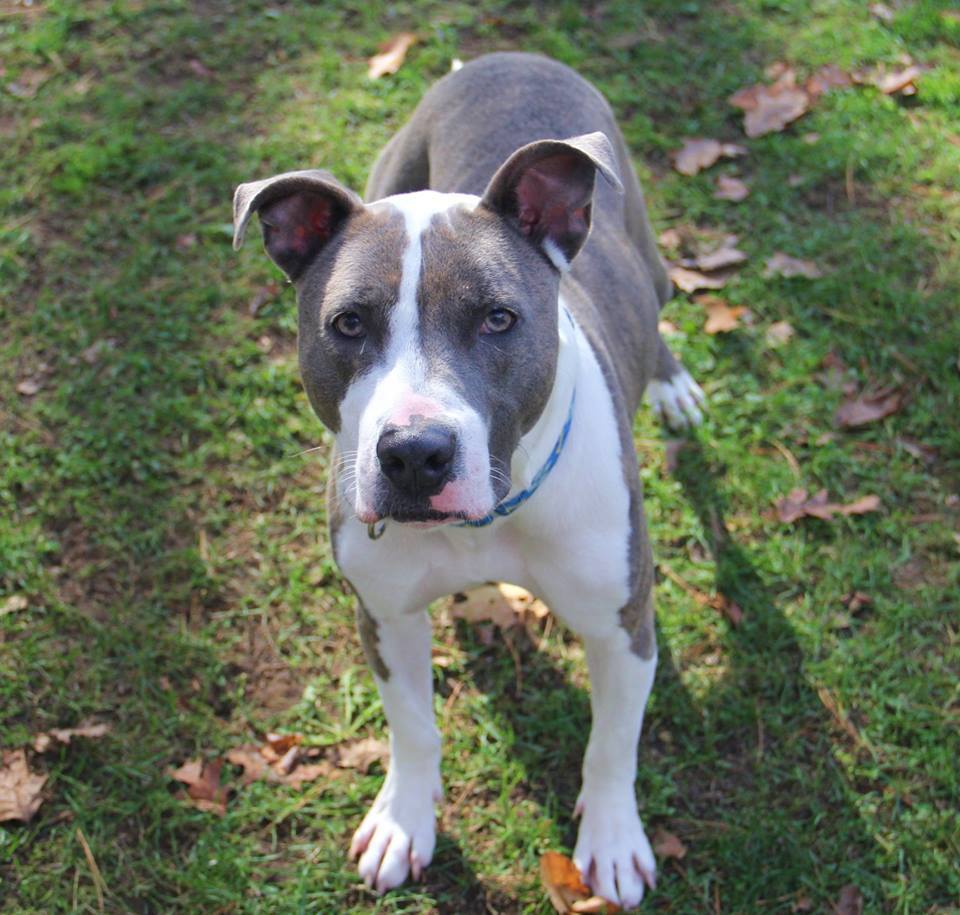 WARL has many dogs looking for loving forever homes!

Happy Trails, Pinkie Pie!! I am cheering for you every step of
the way!

If anyone has any questions or would like to contact me with a story idea, please feel free to
email me at djmbytheelm@aol.com.