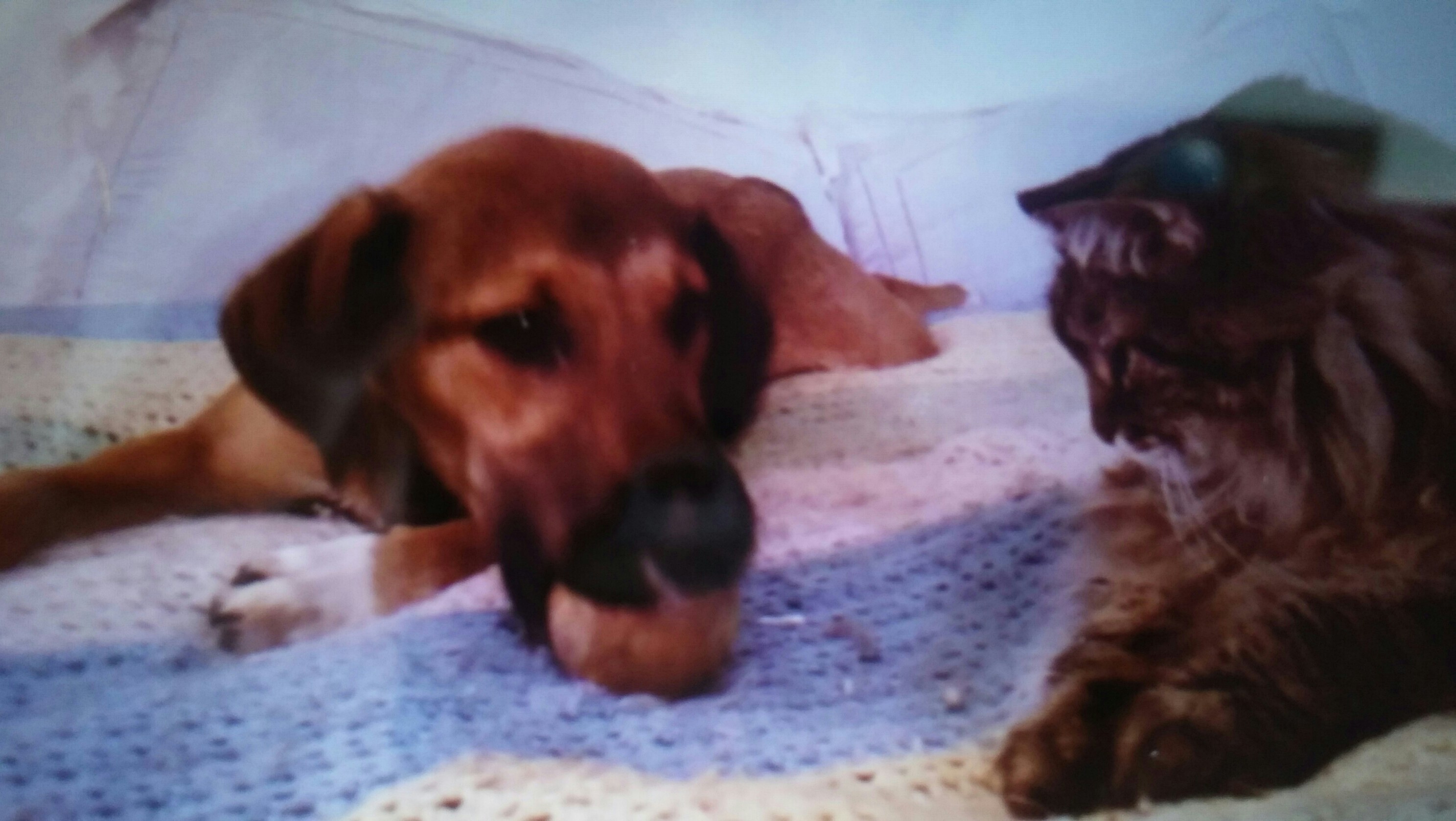 Rosalie’s mom loved cats! When she died Rose “inherited” April (pictured above), a homeless kitty Mrs. Tirella had made her precious own – for a decade+! pic:R.T.

A heartbreaking fate awaits homeless cats, as I learned firsthand

I met Big Show nearly five years ago, when I moved into my new house. At the time, he was one of three feral cats who were fed and given outdoor shelter by a kind neighbor. He was a beautiful boy, with long, fluffy orange hair and big golden eyes.

One day, one of the cats, whose name I never knew, appeared injured, so I took her to the vet. She couldn’t walk and had a number of injuries to her hindquarters, and the vet recommended euthanasia to end her suffering. That left Big Show and Smokey, a black cat who was Big Show’s best friend.

Each summer, we’d see Big Show and Smokey looking for shade to keep cool. We put up a big umbrella on our porch for them to lie under. In the winter, I put straw in the houses and shelters that my neighbor had set up for them so they had something to burrow down into to fend off the cold. Still, these shelters couldn’t keep them as warm as a home would have. Every time a winter storm came through, I worried that they would freeze to death. During sweltering summers and bitterly cold winters, life must have been miserable for them.

My family and I started feeding them regularly, putting out food when we got home from work. Initially, they took only food that was placed at the end of our yard. But after more than four years of this routine, Big Show became a bit more comfortable around us and began timidly making his way onto our back porch for food. Once Smokey saw that his friend was safe, he joined him.

Eventually, Big Show began watching for the kitchen light to come on, signaling that I was home. Then he’d venture onto our back porch and call out until I fed him. As always, Smokey would join him once he was sure there was no danger.

One night, during one of our feedings, Big Show finally let me pet him. From neck to tail, there was not a spot on this poor cat that wasn’t covered with matted knots. They were so tight against his skin that I knew it must be uncomfortable, even painful, for him to move. I tried to pet mostly his face and head and to avoid touching the knots and hurting him. He loved it. I think this was the first time in his life that he’d been touched. After that night, he began visiting not only for food but also for affection. I decided to give him just a couple more days to learn to trust me, then I would take him to the vet and have the knots removed.

But I never got the chance.

Not long after that, Big Show was lying on our porch late one night. He didn’t get up to greet me, which I thought was odd, but I ignored the voice in my head telling me that something was wrong. Smokey, as always, was nearby, watching. I petted Big Show for a while and then went inside. That was the last time I saw him.

The next day, I thought about his behavior the night before, and I just knew something was wrong. I called my neighbors, but no one had seen him. My fiancé and I went out looking for him but to no avail. When we saw Smokey lying all alone in a neighbor’s yard, my heart sank.

I believe Big Show came to my house the night that he was dying. Then he went somewhere and died alone.

I can’t forgive myself for not taking him to the vet that night. I failed him. And whoever dumped him on the street and left him to fend for himself—they failed him, too. I hope I made his life a little better while I knew him. And I’ll try to do the same for Smokey, who is alone now, and for any other cats who show up homeless in my neighborhood because their “owners” refuse to spay or neuter their animals or don’t recognize or care how dangerous and miserable it is for cats who are forced to live outdoors.

Buy one today and help Worcester’s homeless pups and kitties!

Long-sleeved, too, for chilly summer eves: 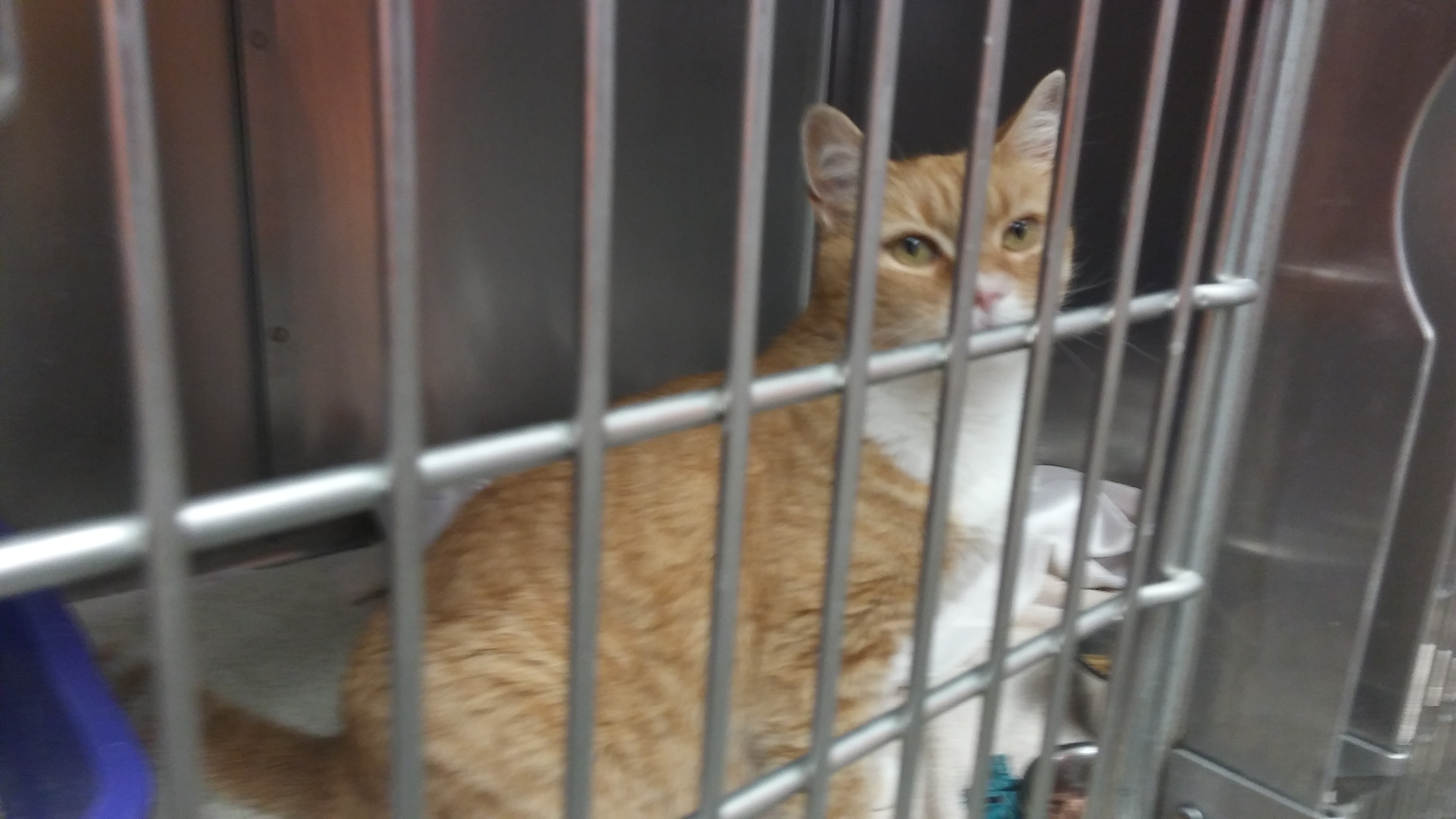 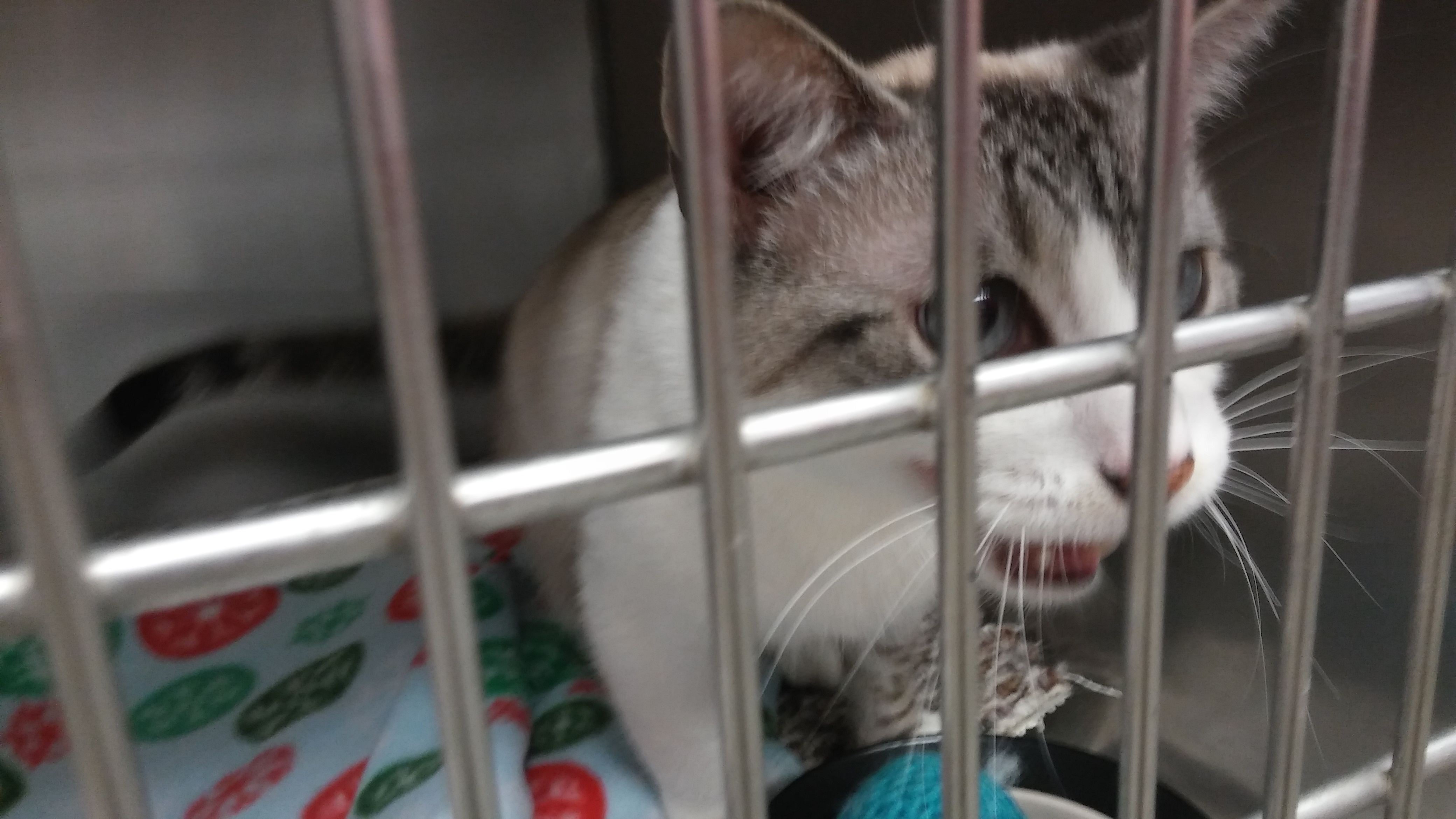 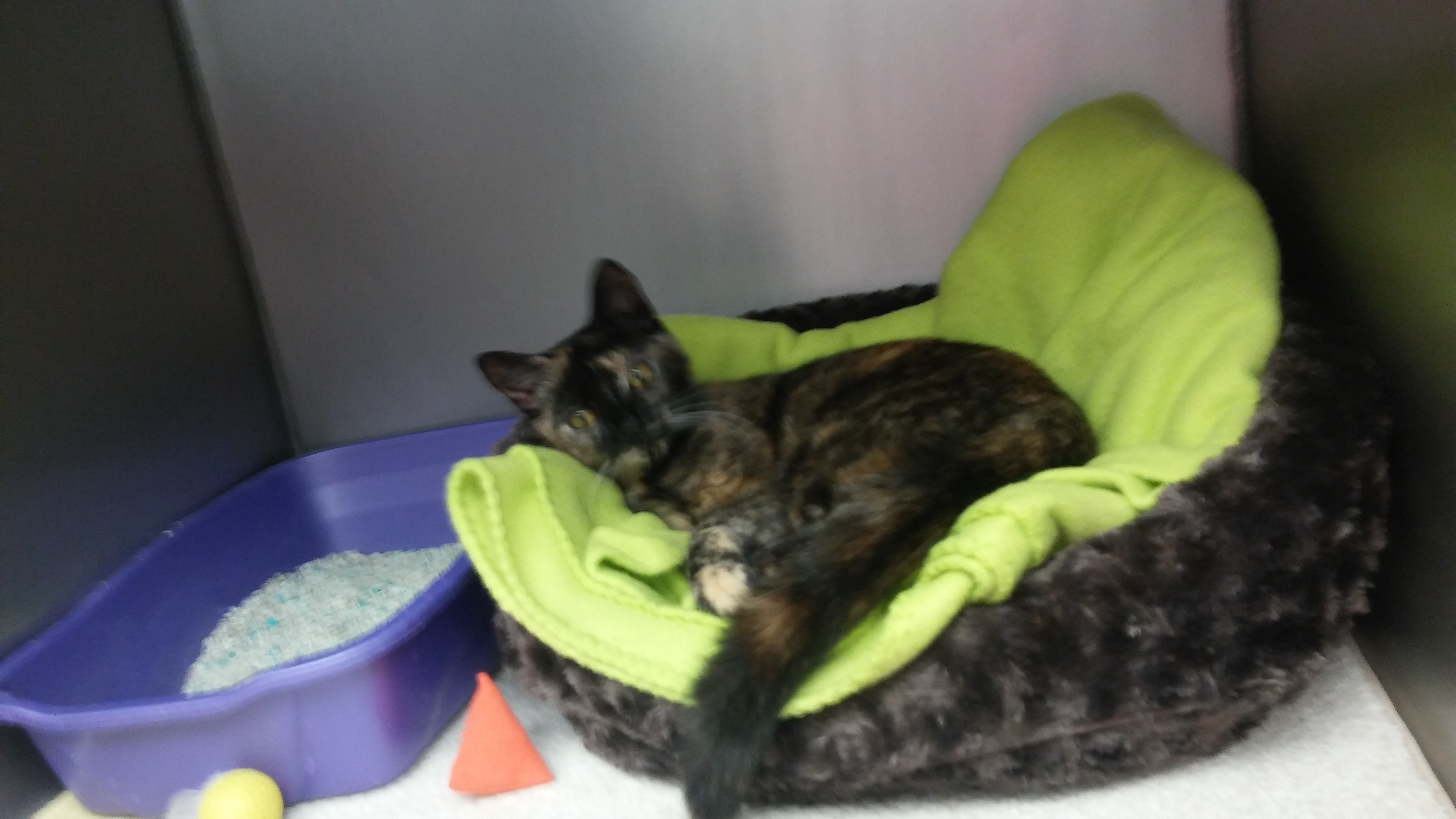 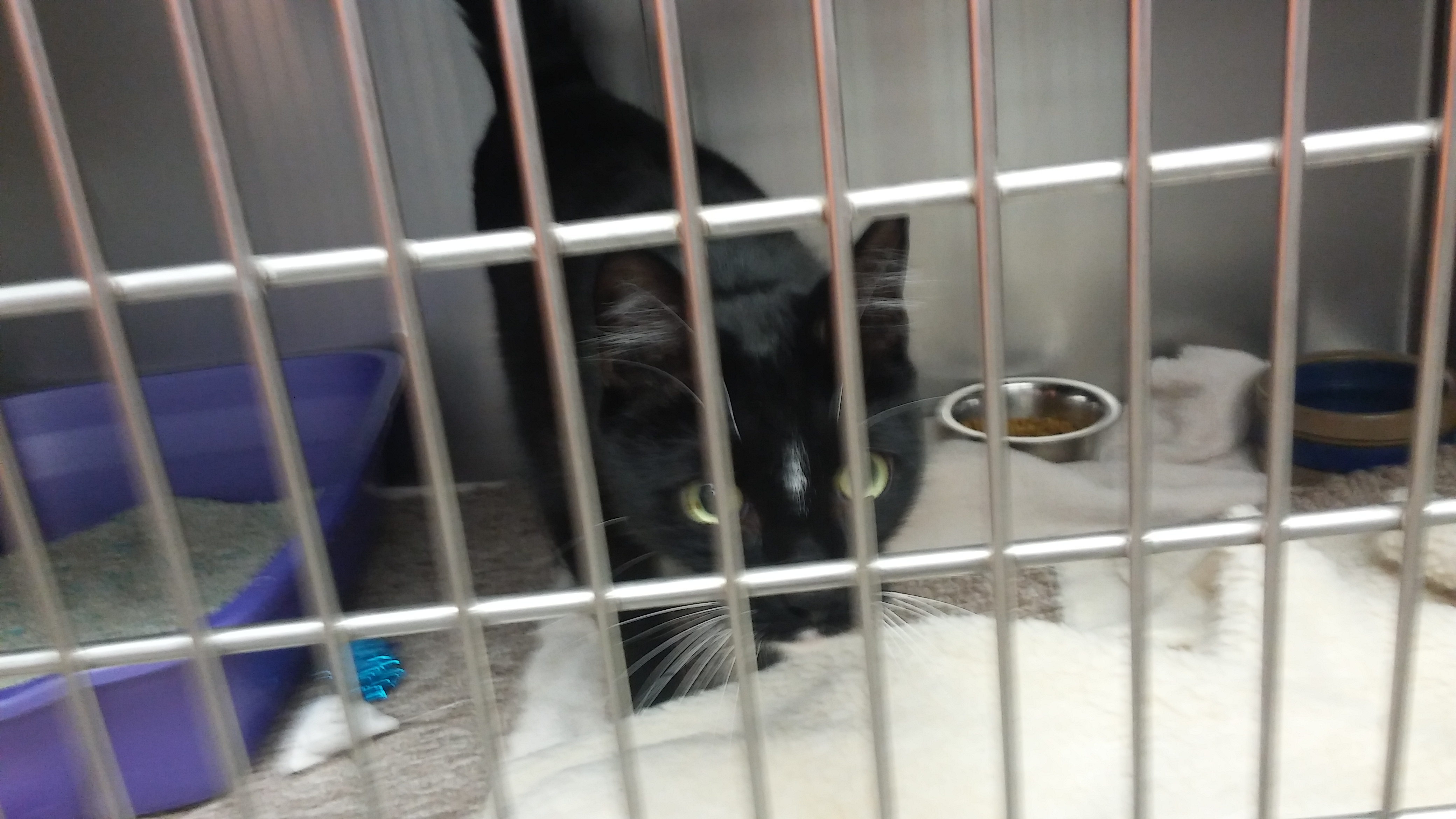 Please! Open your heart – to all animals, great and itty bitty!