ANN ARBOR, Mich. – Expiration date labeling on food products is a source of confusion for consumers according to a new survey from NSF International, a global public health and safety organization.

The survey found that people are confused about how to interpret dates on food packaging such as expiration, “best used by” and “sell by” dates, causing many to keep some food dangerously long or prematurely throw away good food. 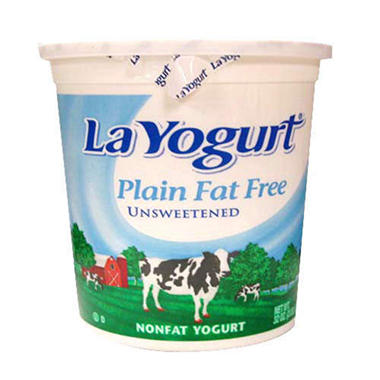 In fact, the survey indicated that one in four (27 percent) Americans don’t throw away food by the expiration date, putting themselves, family or friends at risk of foodborne pathogens such as Salmonella, Listeria and E. coli.  Additionally, half of Americans surveyed said they throw out food based on the “best used by” and “sell by” dates (51 percent and 36 percent, respectively), wasting both their food and money.

Perhaps because of this confusion, a majority of the respondents (64 percent) said they rely on the decidedly unscientific and incorrect approach of using their senses to decide when to throw out food.   Nearly half (47 percent) use visual cues such as mold or a change in texture or color as an indicator of food’s freshness.  An additional 17 percent said they will throw away fresh foods based on smell. This behavior can be dangerous because the germs which cause foodborne illness cannot be seen or smelled.

“With so many different types of dates on food packaging, it’s understandable that consumers may be confused about what they all mean,” said Cheryl Luptowski, home safety expert at NSF International. “Some dates are references for food safety, while other dates are meant to inform the consumer of the food’s quality or help retailers be aware of how long to display food.  Part of NSF International‘s mission is to educate consumers about food safety, and our survey results clearly show that more education is needed on the subject.”

Americans who are confused by the different label dates can refer to the quick guide below and visit NSF International’s website for more food safety advice such as the Understanding Expiration Dates Tip Sheet and NSF Food Storage Charts.

Other findings from NSF International’s food expiration dates survey include:

“Food expiration dates are meant to offer guidance to consumers,” added Luptowski. “Confusion about these dates can result in many people either keeping food long past the dates on the product or throwing away food prematurely. Knowing what the dates mean can help keep you healthy, avoid food wastes and save money.”

Food Safety and Inspection Service (FSIS) veterinarian Dean Wyatt recently blew the whistle on his agency, telling a House Oversight and Government Reform subcommittee that FSIS managers repeatedly ignored his warnings about unsafe and inhumane practices at slaughterhouses in Oklahoma and Vermont. While working at these facilities, Wyatt witnessed calves being dragged along the ground because they were too weak to stand, cattle being left to writhe in pain after they were haphazardly shot in the head with captive-bolt guns, pigs being trampled and crushed as they were unloaded off trucks and other atrocities.

Why should this matter to you? The same uncaring system that allows workers to beat animals without provocation and to cut pigs’ throats while the animals are kicking and squealing (actions that were witnessed by Wyatt) also allows carcasses contaminated with feces and vomit, tumors and abscesses, to be sent down the line. END_OF_DOCUMENT_TOKEN_TO_BE_REPLACED