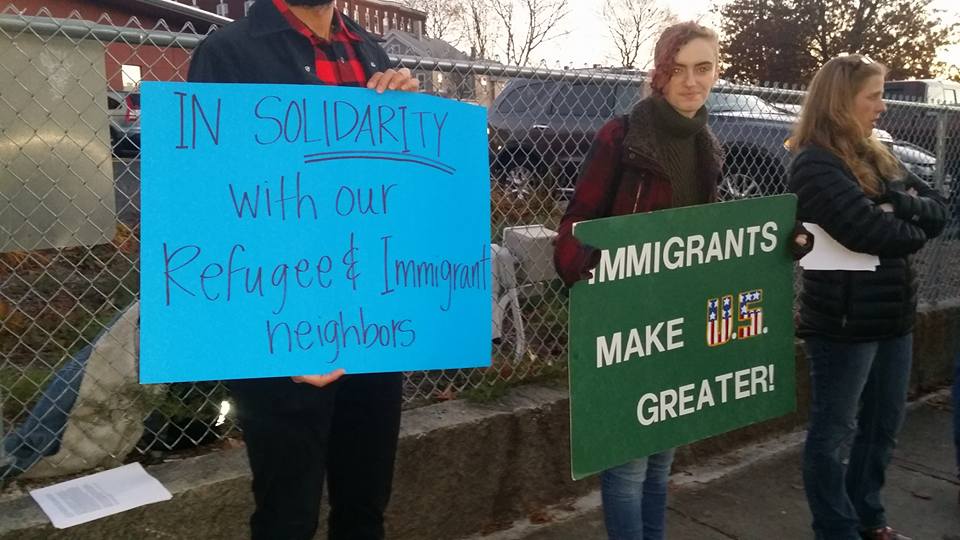 At the last Main South Alliance for Public Safety crime watch meeting the issue of landlords renting multi-bedroom apartments out to more then three unrelated tenants brings up the issue of running unlicensed rooming houses, as the State Law says that renting to more than three unrelated people to at least a second degree of kindred is against the law in an apartment, unless a rooming house license is obtained.

What is happening now is that landlords who own large rental properties with multiple bedrooms rent the rooms individually which leads to violation of the code when there are more than three unrelated individuals residing in the same apartment. This happens most frequently in neighborhoods surrounding one of our many colleges and universities. College students “room” together in an apartment they share and pay for. It’s usually three or four or more students per apartment. The landlords make a killing on the students.

These illegal rooming houses create problems with parking in the affected neighborhoods, as there are far more cars being parked in the neighborhood when several people occupy a unit that was designed for only one family.

Many other three decker owners resort to this practice when they have vacant apartments to rent, as they can get more money renting out single rooms to four people than they can get renting out the apartment to a single family.

Not many of these owners know about the law that states that renting out to more than three unrelated people is illegal.

Some of these owners are aware of the law, but choose to ignore it, and those are the ones that the City of Worcester has problems with. I believe there is a pending court action in regard to one of these cases as I write this, at least that is what I got from the meeting that I attended. City of Worcester Code Enforcement has the duty to ensure that landlords comply with the housing laws and take action when notified of these violations.

It is illegal to house more than three unrelated individuals in one apartment under current State of Massachusetts law.

The Main South CDC continues to work on strengthening its neighborhood in many rich and exciting ways.  The MSCDC continues to manage a large portfolio of affordable and livable apartments and to support home ownership.  The MSCDC is part of a growing community collaborative to improve educational outcomes of its children.   In short:  the Main South CDC is alive and kicking.

Bad News: The public altercation between the Main South’s CDC executive director Steve Teasdale and board member Billy Breault  was regretful.  If I could turn the clock back and make it not happen I surely would.

Steve has led the organization from the beginning. While progress in Main South has been all about teamwork,  you would be heardpressed to find anyone who would deny that Steve – his dedication, intelligence, talent and controlled ego – is the leader of the pack that made it all happen.

As an active Board member of the MSCDC I can assure everyone that neighborhood outreach continues to keep residents, businesses, and partners informed and engaged.  Likewise I affirm that the MSCDC is finding ways to address the troublesome intersection, is engaged in getting to the final needs of the federal audit, is committed to strong partnership in Main South Promise Neighborhood, and is working on the sale of 93 Grand Street to stabilize the MSCDC’s financial position on this property.  All with Board knowledge and support.  No secrets, no misconduct.

Those of us connected to the Main South CDC and to Billy Breault are saddened.   Both are good.  Both make great contributions to our City.  Together isn’t working anymore.  But life will go on.  The Main South CDC will survive.  Billy will find new ways to boost Main South.

Since 2005 I have provided attendees of Main South’s National Night Out the opportunity to look at the photographs and descriptions of convictions of Level 3 sex offenders who live or work in Worcester. This year’s event was no exception.

I have updated my book of Worcester’s Level 3 (high risk) Sex Offenders as published on the Massachusetts State Sex Offender Registry. The information was provided by the Registry on July 31, 2009. The Registry states on its web page ‘… the risk of reoffense is high and the degree of dangerousness posed to the public is such that a substantial public safety interest is by active dissemination ….’

Attendees at the National Night Out had the opportunity to look through the book. My intention is that as a result of making this information readily available that families will sit together and talk about the threat of sexual crimes. Sexual crime is a fact of life and the Level 3 book shows that in living color. END_OF_DOCUMENT_TOKEN_TO_BE_REPLACED

The story of the PIP Shelter is long and complex. While there have been many individuals who will testify to its success as a safety net of last resort, there are many more who will testify to its internal chaos, especially before SMOC took over control in 2005. Founded over thirty years ago to provide protection to public inebriates after the decriminalization of public drunkenness, there are few who would deny that the PIP has grown to be an enabler and magnet for anti-social behavior.

Over the past twenty years my position on the PIP moved from a call for better management, to supporting an effort to relocate it to an industrial area, to a cry for closing it. I came to realize that a 150 person warehouse for individuals experiencing homelessness for a wide variety of reasons couldn’t be fixed – regardless of who ran it or where it was located. Over time the city council, the city administration, and the community have come to join in common voice to close this shelter at 701 Main Street.

During those years of pushing for the shuttering of the PIP, the question of “where will ‘they’ go?” was part of every discussion. My answer to that question was always to explain that it is not the responsibility of the struggling neighborhood around 701 to bring solution to homelessness, but rather it is the responsibility of the whole community. I served on every task force as we searched for the best answers. All of these efforts failed to close the PIP but they each served to get us closer by educating more people to the complexity of the challenge and increasing the resolve to do better. END_OF_DOCUMENT_TOKEN_TO_BE_REPLACED