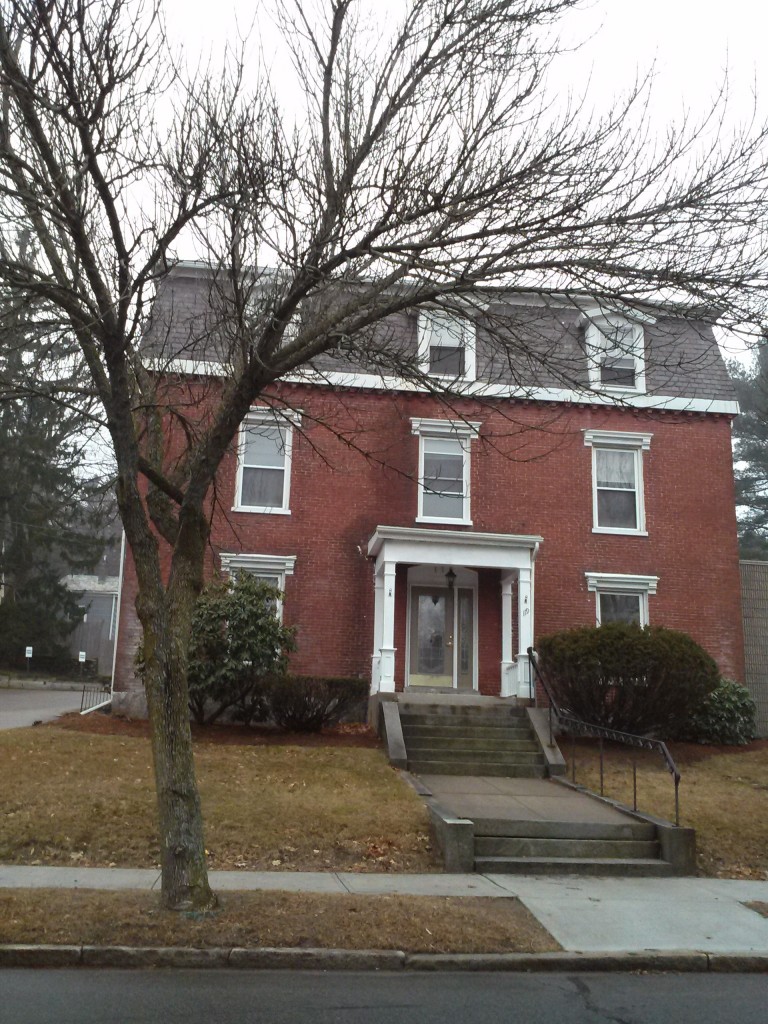 … all the hatred, all the prejudice that the young Forest Street/Community Health Link boys are being subjected to, courtesy of Worcester … . They must know – or at least the folks who work with them must know – that Worcester is behaving badly. They see how small-hearted the people of Worcester are this holiday season.

Do the kids who live in the Forest Street neighborhood – do they know how heartless their parents sound? … Or are they taking a lesson from Mom and Dad: Outsiders stay out. Kids in need? Tough luck! …  The acorn never falls far from the tree.

Kara, a homeless woman who died in the arms of a friend at the Mustard Seed last month … The adolescent boys in recovery, in pain, often times runaways who have been raped, beaten, etc by the adults in their lives and now wait for a place to live. BUT WHERE IS HOME?

For all the kids and adults who are searching for HOME this holday season … – R. Tirella

He never held a public office, he was never appointed ambassador to the United Nations, and he was not the bishop of his church. The world knew him as a Southern Baptist preacher who was thrust into the national limelight because he saw things that were wrong and he tried to make them right.
The Reverend Martin Luther King Jr. was an educated man who like his father preached the word of God as an ordained minister. He could have been assigned to a middle class neighborhood where he could have conducted weddings, baptisms, funerals and local fund raisers for its church and its congregations.

He could have lived a simple life, not challenging the local status quo or political leaders. He could have just preached tranquilize to his congregants and gradualism to those wanting to live in a community where people felt they had the right to live free. Dr. King, as he was known after he received his Doctorate of Philosophy degree from Boston University, was very happy enjoying family life with his wife Coretta and their children. END_OF_DOCUMENT_TOKEN_TO_BE_REPLACED

Local author Ruth Cohen will be signing copies of her book Saturday, February 5, from 10:00 a.m. to 1:00 p.m. at the Stop and Shop Market on Route 9 in Shrewsbury. The title of her book is My Juvies. This local author is a woman who has had extensive experience with the juvenile justice system. The idea for this novel came from her years as director of a group home for juvenile offenders coupled with her love for solving mysteries.

We all know that good writing comes from your experience and Author Cohen is no exception. She was director of Anker House in Worcester and decided to write about the children at the boys’ group home. We wanted to show them as kids who needed to learn how to feel good about themselves. As she explained it, “Anker House was a program for boys who came to us from secure treatment with the hope that they would be rehabilitated so that they could return to society. They had come from various backgrounds and had gotten themselves involved in legal issues … in our program we taught them how to feel good about themselves and how to get on with their lives so that they could return to the community as productive citizens.”

The life of Elizabeth Green, director of the group home in My Juvies, closely parallels that of Ruth Cohen. The characters in her book are purely fictional. However, some of the situations are embellished compilations of actual events, with the exception of the mystery. This fiction novel depicts how boys from a juvenile justice program get themselves involved in robbery and murder. The boys come from various backgrounds. They have been sent to the group home to try to get their lives back on track and enter society as law abiding citizens. But, as boys sometimes do, they manage to wander off into an area that had been forbidden due to the derelicts who inhabit that area. That’s the beginning of the legal dilemma in which they find themselves and the rest of the group home.

As Author Cohen said in a telephone conversation, “My Juvies is a murder mystery involving boys from a juvenile justice program. The novel is pure fiction. However, the idea came from my experience as director of a group home for juvenile offenders. The boys in our program came from varied backgrounds. They had not learned how to get their needs met without becoming involved in destructive behavior. Thus, they became engaged in various forms of criminal activity, which eventually caught up with them and after serving time in secure treatment, they ended up in a rehab program such as Anker House.”

The characters in My Juvies start out misguided and cynical, but by learning how to work together and how to resolve issues in an amicable way, they gain respect for themselves and the justice system. Author Cohen acknowledged, “My initial goal in writing My Juvies was to show these boys as just kids. They had not been given the opportunity to learn how to set appropriate goals and how to recognize and how to maximize their potential.”

Author Cohen was born and grew up in Worcester and was educated in the Worcester Public Schools. She is the mother of three married children and the grandmother of six. Ruth is a licensed elementary school teacher and is a graduate of Worcester State College with a B.S. degree in elementary education and a M.E.D in Counselor Education. In addition, she has worked as a rehab specialist in facilities for people with mental illness diagnoses. Currently she is employed as a substitute teacher in the Shrewsbury and Northboro school system. When she is not “subbing,” she attends a current events group, the senior writer’s group and the senior bowing league and loves the Red Sox.

When asked about future stories, Author Cohen affirmed, “I am nearly finished with my second novel, which is not related to “My Juvies.” However, I am about halfway done with a sequel to My Juvies. So if you are looking for a good mystery and want to support a local author join me on February 5th for the book signing event of My Juvies.