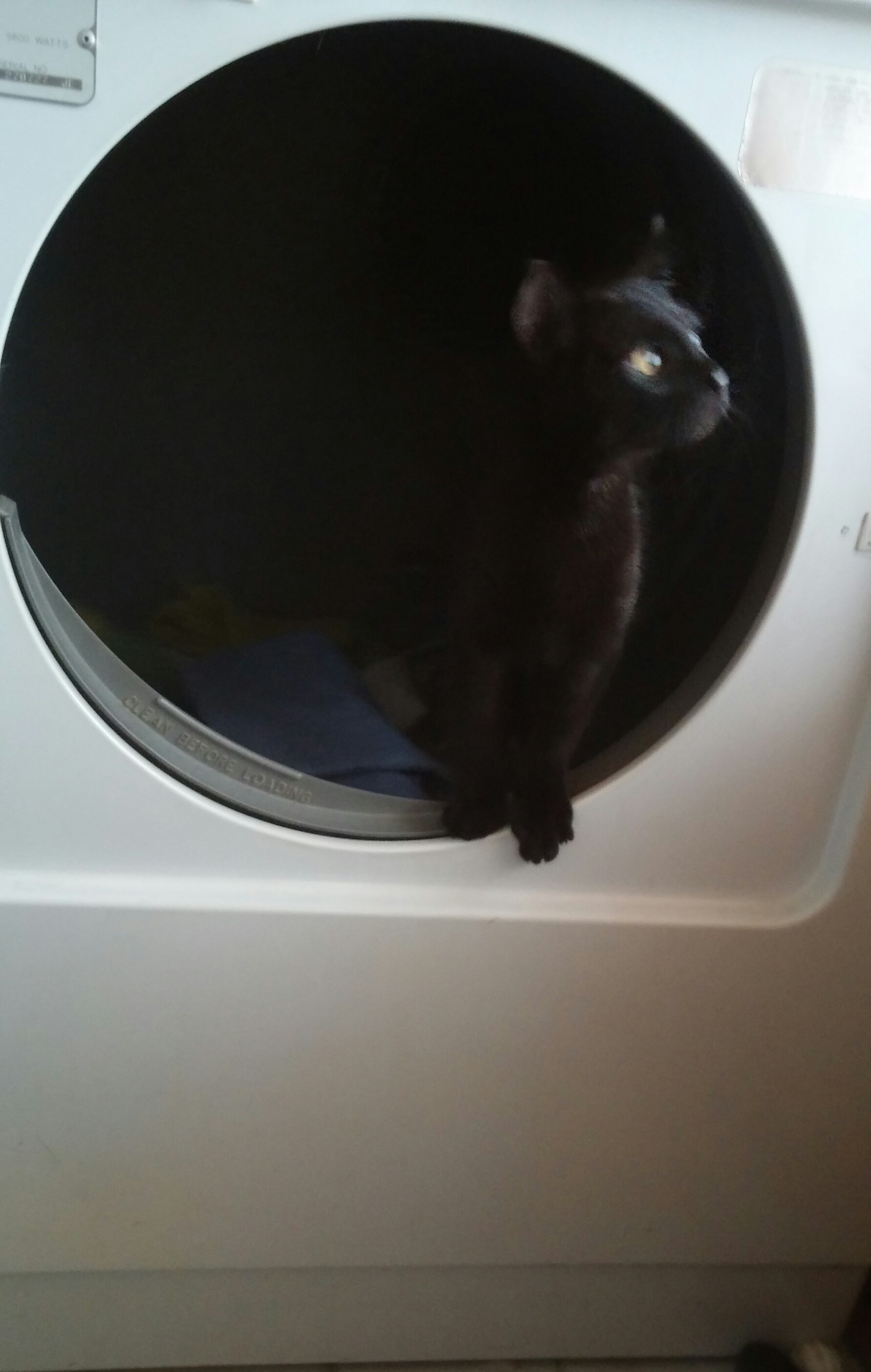 The Worcester Animal Rescue League on Holden Street is where Rose got her Husky-Mountain Feist cross “Jett,” the late great Nova Scotia Duck Tolling Retriever “Bailey” and beautiful brindle greyhound-lab cross “Grace.” All homeless dogs that needed to be rescued!

If you can’t adopt a homeless cat or dog – do the next best thing: VOLUNTEER on behalf of animals. There are infinite ways to help! A good place to start is  WARL (open to the public 7 days a week, noon to 4 p.m.)! To learn more and see their dogs and cats up for adoption, CLICK HERE!       – R.T.

Lots happened in 2016 besides the election

Most Americans are still feeling a bit frayed by the divisiveness of the presidential election. It’s easy to feel jaded and worn out, and many commentators are happy to see the end of 2016.

But while it was easy to get caught up in the more lurid headlines, a ton of uplifting things happened in the past year, particularly for animals used in the entertainment industry.

Let’s begin with elephants. Ringling Bros. and Barnum & Bailey Circus, which has been forcing elephants to travel and perform for more than a century, pulled the animals off the road in May. They will no longer be chained up and hauled around in fetid boxcars. When a circus as big as Ringling makes a decision like that, you know the days of performing elephants are numbered.

The National Aquarium in Baltimore also made a precedent-setting decision: It will send the eight dolphins currently in its possession to a coastal sanctuary. Animal advocates around the world have called on aquariums and theme parks to stop exhibiting marine mammals—and this is the first step. Protected sea pools afford dolphins and orcas room to move around and some degree of autonomy and self-determination. They’re able to see, sense and communicate with their wild cousins and other ocean animals — and they finally get to feel the tides and waves and have the opportunity to engage in the kinds of behavior that they’ve long been denied.

SeaWorld is starting to see the writing on the wall. In May, the corporation announced that it would stop breeding future generations of orcas, who would have to spend their lives in cramped tanks. But kind people everywhere are calling on the corporation to release all its animals into coastal sanctuaries. As the public’s condemnation of captive marine mammal displays continues to grow, there’s little doubt that protected sea pens are the wave of the future.

Travel giant TripAdvisor recognized the trend towards compassionate tourism and stopped selling tickets to most excursions using animals for entertainment, including cruel “swim with dolphins” programs, elephant rides and tiger photo ops. Since many facilities dupe visitors into believing that they’re helping animals, many vacationers unwittingly support cruelty by patronizing them. But by informing travelers about the dark underside of these excursions and refusing to offer them, TripAdvisor’s new policy will have a very real impact on animal exploitation in tourist traps.

Nearly a half-dozen roadside zoos — where animals suffered in filthy, ramshackle cages — closed their doors in 2016. Families are turning their backs on exhibits in which bears are confined to concrete pits and tigers pace in fetid pens.

But progress for animals hasn’t been limited to the U.S. In Argentina, a judge found that Cecilia, a chimpanzee languishing in a Mendoza zoo, isn’t a “thing” but rather a sentient being who is “subject to nonhuman rights” — and ordered that she be sent to a sanctuary. Countries as disparate as Norway and Iran banned exotic-animal acts.

Argentina passed a ban on greyhound racing, sparing countless dogs a short, grim life in the “sport.” India’s Supreme Court upheld a ban on a cruel pastime called jallikattu—in which bullocks are raced and often struck with whips and nail-studded sticks to make them run faster. And the annual Toro de la Vega “festival” — in which a young bull is chased through the streets of Tordesillas, Spain, and stabbed with darts and spears — was banned.

While 2016 was a good year for animals, there’s always more to be done. We all have the power to spare animals pain and suffering in the year ahead—and beyond—simply by making kind choices about what we do for entertainment. 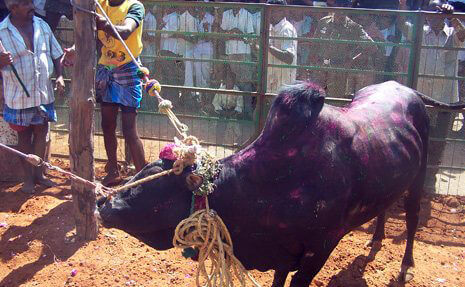 A LANDMARK VICTORY FOR ANIMALS! The Supreme Court in India, has passed a landmark judgment banning bullock cart races and all performances of bulls throughout the country thanks to the work of Animal Equality India and other animal charities.

Read more by clicking on our ICTimes circus Face Book page to the right!

Remember! Keep checking in! Get educated! PLEASE get involved! Do it for the animals!!!!  – R. T.

Every July, bored middle-class Americans, Canadians, Aussies and Europeans with time and money head to Pamplona, Spain, to amuse themselves by running with the bulls.

But by the time these tourists go home with hangovers and anecdotes, the bulls who are victims of this exercise in machismo will be dead.

Even though this event is about as relevant today as an eight-track tape player, reporters still fill up column space by glamorizing the run.

What’s rarely mentioned is that the bulls are whipped and terrorized to force them to run down streets crowded with masses of inebriated people hitting them with sticks. Bulls slip and fall on the slick cobblestone streets, often breaking horns or sustaining other injuries. Few tourists know the ultimate fate of the animals: death, one by one, in the bullring.

It’s hard to believe that bulls are still being stabbed to death for entertainment in 2011.

The running of the bulls is just a prelude to bulls being led into bullfighting arenas.

The exhausted, confused bulls fight for their lives as men on horses run them in circles while repeatedly piercing them with knives called banderillas, until the animals are dizzy, weakened from blood loss and suffering agonizing pain.

The horses, who are blindfolded, can also suffer serious injuries if they can’t avoid a charging bull.

The matador (Spanish for “killer”) comes in only when the exhausted bull is already near death.

Bulls are often still conscious as their ears and tails are cut off as “trophies” and as they are dragged from the ring on chains.

Tourists are what keep the fights alive and the bulls dying. Money spent to run with the bulls contributes to the bullfights, as do tickets purchased by curious tourists or those who simply go along with what’s included in their travel itinerary. By the time an appalled spectator rushes out of the arena in horror, the damage has been done and more bulls will endure a painful death.

But condemnation of this bloody pastime is growing worldwide, and those few still clinging to this barbaric tradition are finding themselves in nearly empty arenas.

Spain’s Catalan Parliament overwhelmingly voted to ban bullfighting after officials were presented with the signatures of 180,000 people demanding an end to the carnage. Catalonia’s capital, Barcelona, is widely considered the birthplace of bullfighting.

Dozens of other Spanish cities and towns have also declared their opposition to bullfighting, and according to a 2009 Gallup survey, 76 percent of Spaniards have no interest in attending or supporting bullfights.

Portugal’s municipality of Viana do Castelo purchased the city’s only bullring and transformed it into a science and education center. A poll conducted by Mexico’s Green Party found that 84 percent of respondents believe that the cruelty of bullfighting is unnecessary.

Even Álvaro Múnera—a South American matador who was once known as “El Pilarico,” or the star bullfighter—now works to ban bullfighting.

Múnera, who suffered severe injuries after being gored by a bull and is confined to a wheelchair, says that he is haunted by the animals he killed—in particular, one “practice” cow whom he watched die (only to learn that she was carrying a calf) and a bull who fought to live after a sword pierced his body and came out the other side.

Would those who participate in the running of the bulls still do so if they knew that the bulls are running toward their death? If there is any civility, decency and kindness left in a world that still kills animals for sport, let’s hope not.

Jennifer O’Connor is a staff writer with the PETA Foundation.