Please join us in celebrating the release of Worcester Common Ground’s community-building video “Common Ground” during our first official Fundraiser!

This event with FREE ADMISSION will also include impact stories from our residents, a silent auction, raffle, and a mix of delicious hors d’oeuvres catered by Struck.

Help us to keep building our vibrant community!

We ask that attendees bring one roll of yellow city trash bags if they are able. Further instructions will be provided at the event! 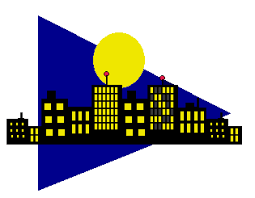 To celebrate the nine units of affordable housing (including two fully accessible units), WCG is holding a ribbon cutting ceremony October 30 at 2:45 p.m. in the newly rehabilitated building.

Executive Director Yvette Lavigne is proud of the project on a number of fronts:  “WCG is lucky to work with the network of federal, state and local partners whose support made the project possible.”

The event will feature a number of special guests, including Mayor Joseph Petty, City Councilors Sarai Rivera and Joseph O’Brien, and Mary Barjolo, a long time tenant of 7 Bellevue, who will be seeing the completed renovations on her unit for the first time! There will also be free food and music!

Twenty years ago, there was a house on my Worcester street that was a major eyesore, a real problem property. You know the story: absentee landlord lets the property slide into serious disrepair, tenants long gone, and so the house becomes a prime spot for crime in the neighborhood. I could see it from my apartment. I would watch pieces of siding pull off during wind storms and fly up the street. Windows were broken, and gradually, the house became a nest for squatters, prostitutes and drug dealers. There were other such houses in the Union Hill neighborhood, and these places are likely to be found in every city, but this place was “in my face,” visible from my parlor window. Every time I walked by, I could smell the garbage from the front hallway, as the door was almost always open. Who wants to live and raise their family next to that?

Then one day, I heard that Oak Hill Community Development Corporation (CDC) had bought the place and they were going to rehab it for first-time home buyers. I watched workers carry out tons of garbage and broken furniture. Windows and siding were replaced. The property next door, an abandoned lot, was made into parking spaces and a backyard with trees and grass. I went over for the open house and met the family who would purchase this place, but I also wanted to know more about the CDC that performed this miracle.

In 1999, I attended a few community meetings hosted by this agency. They were developing other properties, and wanted resident input on the proposed plans for the old, fire- gutted synagogue on Providence Street, as well as another badly neglected three decker house. I was intrigued and impressed, so I became a member of the Oak Hill real estate committee. In time, I joined their Board of Directors. I saw this as a great opportunity to become involved in turning my neighborhood around.

Now, in 2012, Oak Hill CDC has been a presence in this community for about 40 years. They have developed 184 units of affordable housing primarily in the Union Hill section, by rehabilitating burned out, run- down, and foreclosed properties. Most of these are historic three- deckers that probably would have been targets of arson and eventually torn down. They have also built some duplexes for first- time homebuyers. I have been in many of these homes, and again, I am impressed by the work. Owners are required to live inside these homes for a number of years before selling to another first- time home buyer. The hope is that these new residents will care about the neighborhood and become involved in making the community their own.

The CDC is involved in Community Engagement as well as real estate improvement. Last summer, I attended a Resident Leadership training hosted by Oak Hill CDC staff and board members. We met weekly to learn how to develop skills to work at the grassroots level. Although I have been involved in community work prior to this training, I learned quite a bit that has been useful to me as an activist. There are also monthly community meetings that include a crime watch. The Board Chair has been active in youth engagement, and there is a community garden that allows neighbors to grow their own healthy vegetables. This is just a sample of the contributions Oak Hill CDC has made to the neighborhood.

Is everything perfect? No, of course not. There is still much work to be done. There are still “eyesore” buildings that will require work. Fewer than half of the available unitsin the Oak Hill service area are owner occupied, and some absentee landlords have to be taken to court before they actually improve their properties. Community Development Corporations usually provide homeowners with assistance in making their buildings safe and suitable for tenants. There are other problems to deal with, such as crime and litter, but Oak Hill (and other CDCs and community based agencies) work with residents to take a proactive approach to making their area safer and cleaner. People have to get involved!

Oak Hill Community Development Corporation has definitely been an asset to the Union Hill neighborhood. They partner with other agencies, businesses and institutions to assist in bringing about positive changes. It is slow but sure work, but if enough residents care to change things for the better, the CDC will provide the resources to make this happen. I am grateful to Oak Hill for their work, and will continue to be a part of their team.