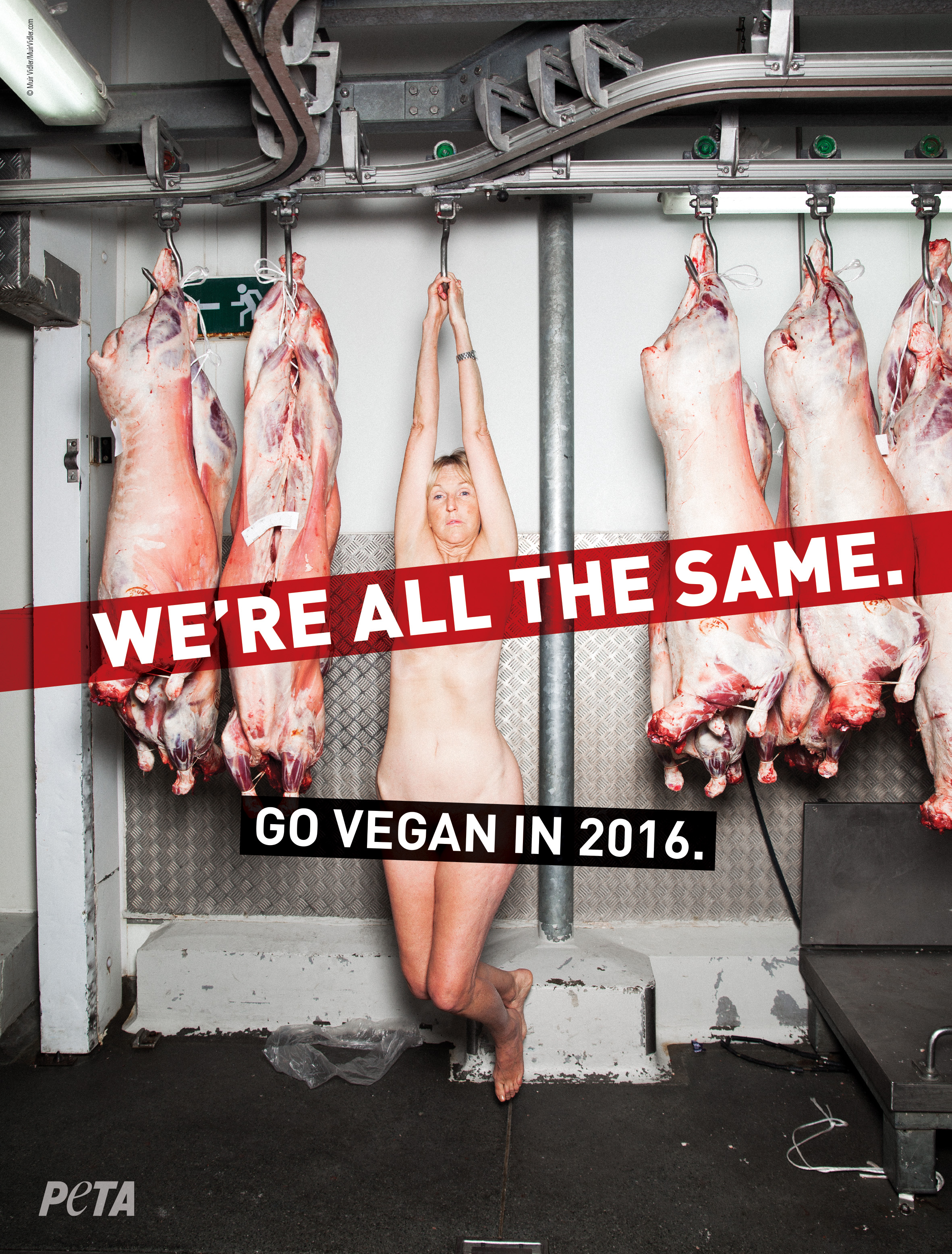 Is it odd that a feminist like me, from back in the bra-burning ’60s, champions racy protests featuring women wearing little more than body-paint markings that mimic a butcher’s diagram? Some might raise an eyebrow, but this March, National Women’s History Month, let me explain why I believe that supporting women’s rights and stripping for a cause go together like Gloria Steinem and miniskirts.

With feminism, as with all social movements, each generation has its own battles to fight, and while respect is certainly owed those who helped society evolve to this point, today is a new day with new issues to grapple with. I relate best now to the third-wave feminists who are sick of second-wave feminists—ever so ironically taking the place of repressive fathers and husbands—demanding that women cover ourselves up and “behave.” How dare we expose our bodies to prying eyes! But dare we do, with more feminists daring to do something more important: to challenge the idea that breasts are to be kept covered like a dirty magazine.

At PETA, which is awash with “uppity women” like me, we’d rather go naked than wear not only fur but leather or wool—any skin. We see animal liberation as a logical part of a philosophy that rejects violence to, and the exploitation of, those who are not exactly like oneself in some way or another. We reject prejudice on the basis of any arbitrary factor such as skin color, gender, sexual orientation, religion or species. For surely there is something fundamentally wrong with moaning about freedom for yourself while denying it to others.

We are all of us composed of flesh and blood. We have faces and feelings and a beating heart, as did the pigs and chickens and other animals who were killed and decapitated for nothing more than a fleeting taste. What is done to them would be the same if it were done to us. And that’s the point of provocative PETA campaigns such as our “All Animals Have the Same Parts” protests featuring those aforementioned butcher’s diagrams. The scantily clad women who stand out in the cold know that people will stop and stare and that many of them will have never thought about animal rights before. That’s the power of their protest.

Instead of attacking the (naked) messenger, who doesn’t need anyone’s permission to strip, I ask people to  put that energy and outrage where it belongs—into taking action against those who would abuse and exploit the most vulnerable among us. Women’s rights and animal rights go hand in hand. If you reject violence against women, you can’t in good conscience eat bacon and drink milk. Why? Because mother pigs—sows, who are smart as the dickens and who love their precious babies as dearly as any human mother loves hers—are confined to metal crates so small that they can’t even turn around and they develop painful ulcers from the constant pressure of lying, nearly immobile, on the unyielding cement floor. Because terrified, crying calves are torn away from their devoted mothers right after birth so that humans can steal the milk that was meant for them. Because factory farm and slaughterhouse workers, who have grueling, dangerous, soul-crushing jobs, often take their frustrations out on female animals by sexually assaulting them—sometimes in their terrifying last moments. The video is on our website and is hard to watch.

I have seen slaughter, have seen pigs beaten and loaded into the trucks on their way to it, and have been disturbed by the unmistakable sorrow and fear on their faces as they rattled down a highway for the first and last time ever. It’s the same look that you or I would have. We all feel pain and fear and long for the freedom to live our lives. We’re all the same.

With one significant difference.

Unlike the pigs and turkeys and fish and cows, I have choices. I can choose to walk away from meat and eggs and dairy products and continue enjoying my life, opting instead for healthy, humane vegan foods. If you haven’t done that yet, please, come join me. Women unite for animal rights!