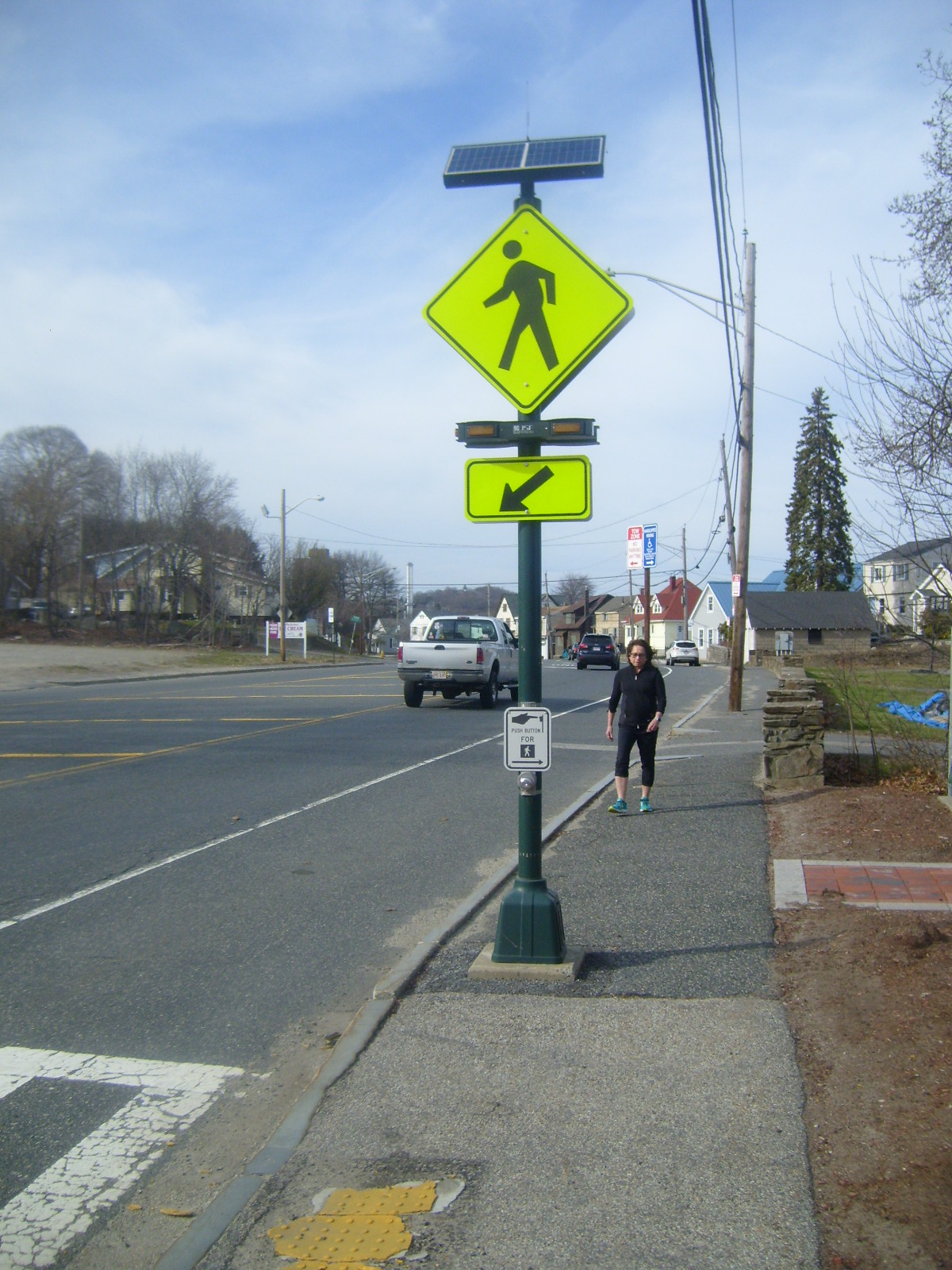 One of the issues debated by the mayoral candidates at Mechanics Hall recently was public safety. It came up several times in regards to crime, gangs and panhandling. What never came up for discussion was pedestrian safety. There has been what seems to be an increase in the number of pedestrians hit by cars and killed in Worcester. Just recently a pedestrian was killed on Lincoln Street by a driver charged with DUI.

However, it is not only DUI drivers we pedestrians have to worry about. I am legally blind, and I am dependent on cross walks and signaled pedestrian crossings to get around the city. Not only those with disabilities are dependent on cross walks and pedestrian crossing signals; many able people need them to just walk from place to place.  Just look at the intersection of Foster and Front streets.

Recently, I was assaulted and battered by the occupant of a car that nearly ran me down at the intersection of Lake Ave. and Sunderland Road. I called the driver a “fucking asshole” and I continued to cross the street. A man from the car got out, followed me across the street and hit me with a soda bottle.  There was a witness who called the police. We gave the police the license plate, but so far nothing has happened. I don’t think it is being taken seriously.

According to Massachusetts statutes, drivers are required to YIELD to pedestrians, especially in cross walks and when there is a pedestrian signal activated.

It has been my experience that many drivers making turns on red lights do not even look for pedestrians. This is the case about half of the time at Lake Ave. and Sunderland Road. Even my sighted wife is hesitant to cross that intersection.

Some drivers do not look for pedestrians. Other drivers see pedestrians but refuse to yield. It is clear that city officials do not think this to be a serious issue, despite the numerous pedestrian injuries and deaths in Worcester. It seems that the police will bend over backwards not to charge a driver with pedestrian accidents, instead looking to see whether the pedestrian was at fault.

I found it almost laughable, if it were not so sad, at the mayoral debate that Mayor Petty and Councilor Gaffney defended Worcester’s anti-panhandling ordinance based on the so called safety issue. It’s especially remarkable that Councilor Gaffney had sympathy for the “mother and child” whose car strikes and kills a panhandler as mother and child’s lives would be made miserable. Councilor Gaffney did not have the same sympathy for the panhandler. I am happy that candidate Coleman did not get caught in that trap and spoke of helping homeless people.

There should be new legislation that makes it clearer that turning right on red through an activated pedestrian cross walk signal is prohibited. Violations of this new statute would precipitate automatic tickets and at fault status. The penalties should be high enough to get the driving public to pay attention and yield to pedestrians.

To some extent there is a low-income and racial element to pedestrian deaths on Massachusetts and Worcester streets. Low-income people and a large proportion of so called minority people do not have cars and are compelled to take busses and walk. Like with many issues in Worcester, we are not taken seriously. This has to change.