Summer is here, and every single day, countless moms and dads make decisions that can actually cause their children to get hurt — or worse. I’m not talking about letting them ride skateboards without kneepads or play ball in the street. I’m talking about the risks involved every time a family visits a petting farm, takes an elephant ride or stops at a roadside zoo.

A trip to a petting zoo can result in a trip to the emergency room. Whether they are set up in a mall parking lot or on the midway of a county fair, petting zoos are hotbeds of E. coli bacteria, and numerous children have been infected after visiting such displays. Symptoms can include bloody diarrhea, abdominal cramps, vomiting and fever. It can even be fatal.

In 2015, a toddler died after falling ill with hemolytic uremic syndrome just days after visiting a petting zoo at a Maine fair. This little boy wasn’t the first child to die from an illness acquired at these events, and countless others have suffered from serious health problems, including kidney failure.

Children and adults alike have contracted E. coli after petting animals or simply touching the areas around an exhibition. The bacteria have been found on railings and bleachers and even in sawdust. Yet parents still encourage their little ones to pet the animals.

Roadside zoos aren’t any better. They are little more than backyard menageries or dilapidated facilities where animals are typically kept in barren cages constructed from chain-link or wire fencing. Many enclosures look as if they haven’t been upgraded in decades.

Some of these zoos even dupe visitors into believing that they rescue animals by calling themselves “sanctuaries.” But no legitimate sanctuary offers elephant rides or photo ops with tiger or bear cubs, as many roadside and traveling zoos do.

Two visitors to an Indiana roadside zoo, including a young girl, were bitten by tiger cubs in at least two separate incidents during public interactions. A 4-year-old Florida girl sustained severe cuts to her head, and her ear was partially severed by a cougar at a children’s birthday party. And 14 students were bitten by a 3-month-old bear cub in a petting zoo at Washington University in St. Louis.

Profit-hungry exhibitors might be able to deceive parents into believing that interactions with little cubs are safe, but it’s genuinely baffling that parents would think it’s OK to allow their children to ride on top of the world’s largest land animal — the elephant.

When a captive elephant goes rogue — and they often do — chaos ensues. At least 15 children were injured when an elephant being used for rides at a Shrine circus in Indiana was startled, then stumbled and knocked over the scaffolding stairway leading to the ride. While carrying children on her back at a state fair, an elephant with the R.W. Commerford & Sons petting zoo panicked, throwing a 3-year-old girl to the ground.

At a Shrine circus in Missouri, three elephants escaped from their handlers near the children’s rides and were on the loose for about 45 minutes.

With so many other fun summer activities to choose from, why put your family (and animals) at risk? National Parks are treasures within reach. Interactive virtual reality displays at natural history museums appeal to a generation that grew up with technology. IMAX theater documentaries can open up a whole new world to the viewer. We can’t protect our children from all of life’s dangers, but when it comes to deciding on family outings, the kinder choices are also the safer ones. 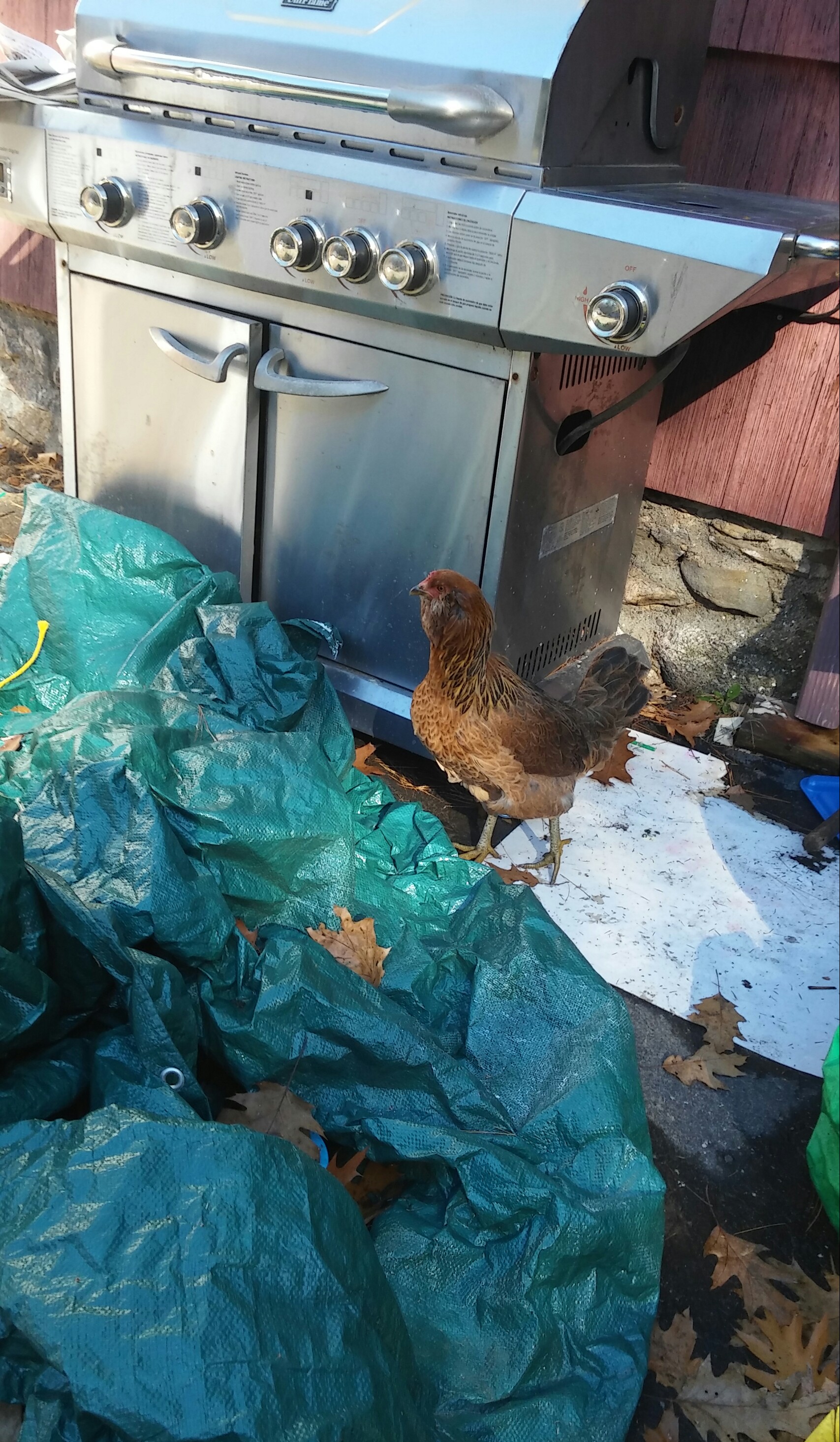 This chicken shall not be grilled! – thanks to the wonderful people in my life! 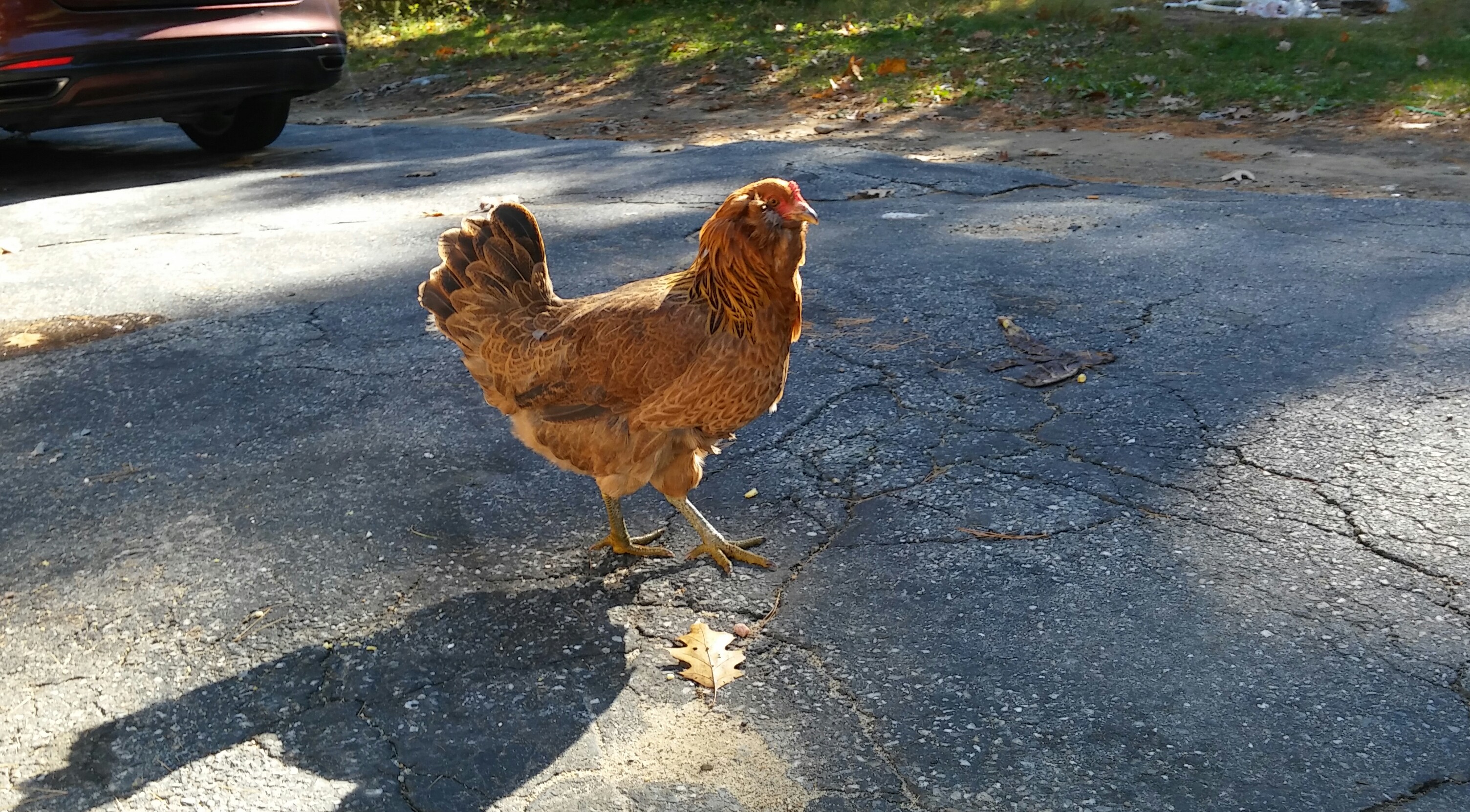 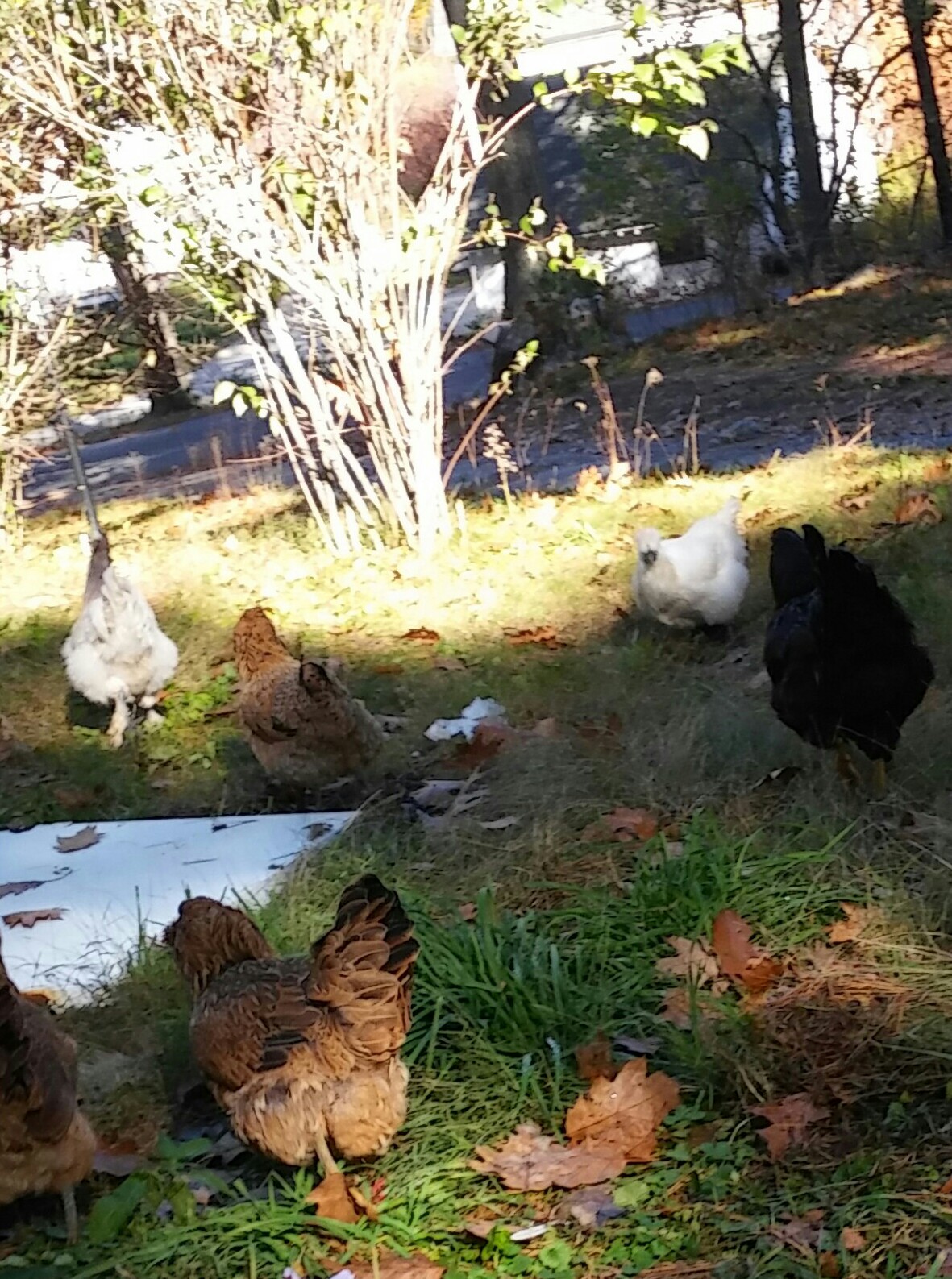 Cats transported by me… And Queen Cece on her throne, back at my shack! 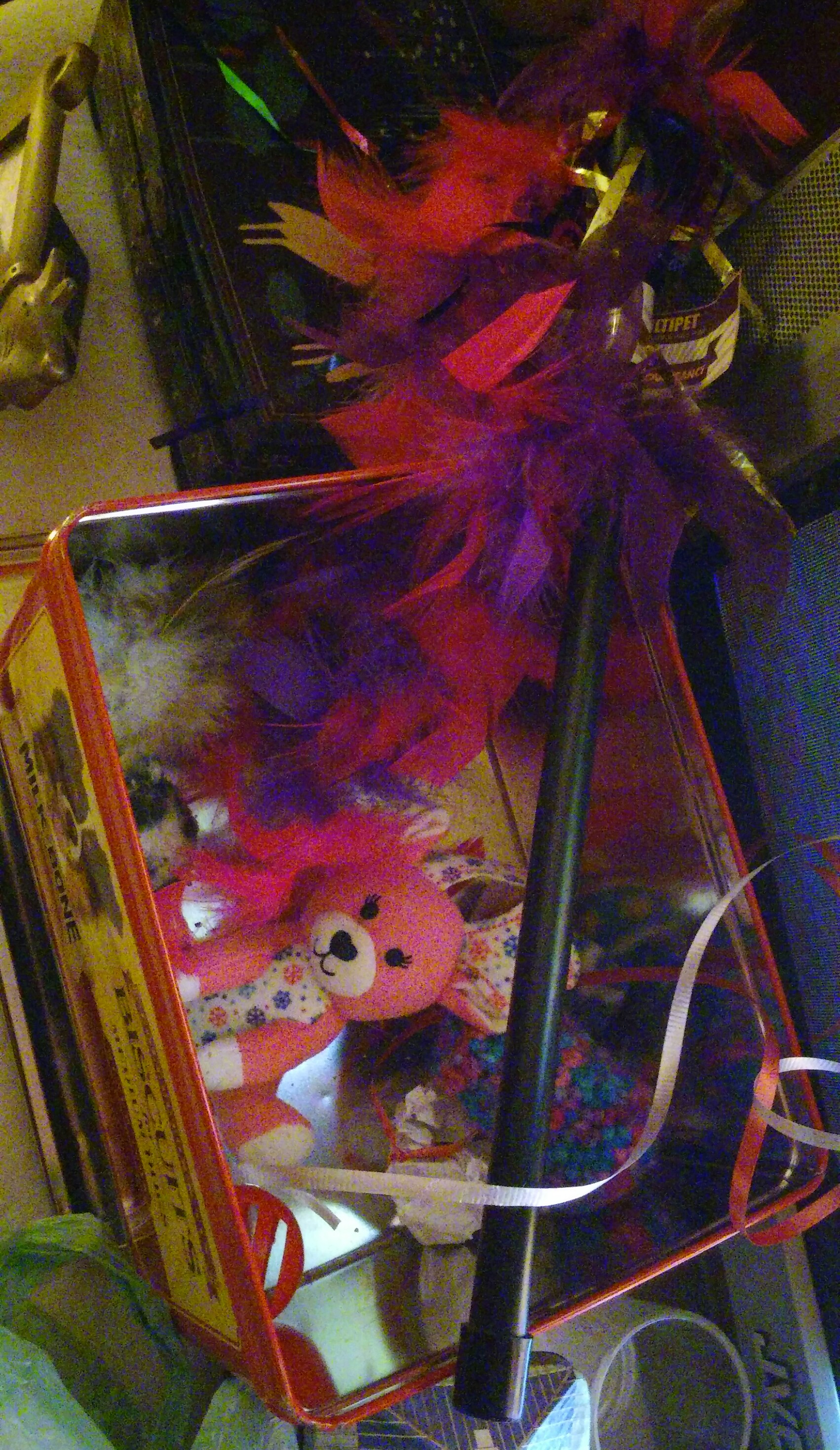 … plus an adorable little kitten bed and blankeys! Thank YOU, sweet Auntie!
– text+pics:R.Tirella

There’s no bleating in baseball

Congratulations! As a baseball fan myself, I’m psyched to see this World Series match-up, but as someone who runs an animal sanctuary that is home to three goats, I dread seeing how the Curse of the Billy Goat is going to play out.

We baseball fans are a superstitious bunch, so I know that some Cubs fans believe that their team is in the World Series because the Curse of the Billy Goat has finally been lifted. Allow me to explain: The last time the Cubs won a World Series was in 1908. Fast forward to 1945 when they were just two wins away from clinching the title. Then, in walks a man with a goat (I kid you not). A fan named Billy Sianis took his goat, Murphy, to Wrigley field to watch game four. Even though Murphy had a ticket, he wasn’t allowed in. Legend has it that Sianis put a hex on the Cubs by declaring, “The Cubs ain’t gonna win no more!” True to his prophecy, they haven’t won a World Series since.

Fast forward to today. Cue the goat abuse. Hoping to keep the Cubs curse alive, some Indians fans have been dragging goats around on leashes at Cleveland’s stadium. Just west of Indian territory, herds of Cubs fans are trying to kill the curse and extend “goodwill” to goats by groping them at local zoos. In past years, the Cubs have even tried to appease the baseball gods by trotting a goat onto the playing field to “reverse the curse.” Others are feasting on goats. According to estimates, there has been a 25 percent increase in goat meat this fall in Chicago.

None of the above would fly with my ladies. Goats do not like to be walked on leashes. I learned this the hard way when Baby Jane escaped from the pasture and into my garden. Her verdict? Leashes are bad; carrots are good.

My goats would curl their lips at having to be confined to a zoo or placed in centerfield. Every day, my girls run to greet me, wagging their tails like dogs. They know their names, and Birdie knows how to unzip my jacket pocket to help herself to treats. They like lots of room to run, play, graze, nap and climb. They have a “ruminant rec center” made from connected planks, logs and fallen trees. Many a playful head-butting battle is fought there.

A zoo could offer none of this. And petting zoos? Two words: E. coli and salmonella. Petting zoos are unhygienic hotbeds of dangerous pathogens that will definitely ruin game day if they don’t kill you first. Plus, who likes to be groped?

Prudence was so afraid of people when I first got her that it took me three months of cajoling before she would let me touch her. I am still the only one she allows to touch her, but now she stands stock still in front of me with her head bowed so that I can scratch between her horns.

All of my goats were being raised for meat before they were rescued from neglectful and abusive situations. No goat wants to be slaughtered so that Chicago eateries can offer trendy goat tacos. I also have to question whether eating more goat meat is such a smart idea when you’re trying to reverse a curse that was supposedly brought on by humiliating a goat. Really, Chicago?

The Wrigley Field officials were right to deny Murphy entrance into the stadium in 1945. Goats don’t belong at ballparks, in petting zoos or on a plate. They belong in real sanctuaries. No matter what team you root for, please be a fan of goats by donating your money or time to a local accredited sanctuary. And take it from me, a self-professed bleatnik, goats are always a blessing—never a curse.