As I look around my neighborhood, and as I think about friends in my age range, it seems that something important has changed: the old family homestead no longer is: immigrant families once came, bought a triple decker or duplex, raised a family there, maybe brought the grandparents over, and several generations lived in the same house. The tradition in many nations (most notably, among the Irish) was that at least one of the children would remain in the family home after the parents were gone. My friend Martha, recently deceased, went back to Wareham and bought her family home; Peggy around the corner bought HER parents’ home and lived there until her death. My neighbor Bill followed the old Irish tradition also, and is still in the family home.

But now I look around my neighborhood, and more and more I see the big old gracious houses where my neighbors raised six and seven children, standing empty, waiting to be sold to strangers. And it is saddening, because something is getting lost in the fabric of neighborliness that was the glue that held together the neighborhood, provided familiarity and the safety that comes from knowing the people around you, and the comforting feeling that help and caring is always near.

Perhaps it is because we all live longer and our young ones can not have the house for so many years, or perhaps it is that so often the newer generation want to be independent, want to have the newest fixtures, want to be nearer to their work, or want to follow their spouses. Whatever the reason, what I miss most is the commitment to the neighborhood, the neighborhood school, the support for neighborhood stores, and the “nosy neighbor” who was a tradition in many neighborhoods, and could be counted upon to know who came, who went, what everyone was doing, and who would report her (it was usually a “her”) findings . a number of us grew up staying on the “straight and narrow path” because we knew we were observed and reported upon. Annoying as we might have found that, it did prevent the need for extensive foot patrols!

And of course the younger generations travel much lighter than we did (I am in my eighties, and attached to thousands of books and memorabilia) and are more likely to throw things out. I can remember how many times my mother saved something, always sure that someday it would be of use – and surprisingly often, she was right.

And so, as I watch the huge dumpsters being filled with the accretions of nearly a century, I am saddened that it all has to be taken to be crushed and burned , unwanted, unused, and no longer loved….and the many things that are memory triggers for children and grandchildren are gone, though I hope that they had a chance to save a few things that will serve to remind them.

Many large, roomy, well-built houses throughout our city sit empty, waiting for someone with imagination and an appreciation of the finer aspects of living – the high ceilings, the finely-milled woodwork, the tall old trees, the obvious care that was taken by the builders who put up these homes with a view to the future. But I worry that in this age of digital clocks, where we see only the moment, of plastic, of constant change for the sake of change, that we may not have enough imagination to see the grace and beauty in these places, and let them deteriorate. And Preservation Worcester can not do it all! 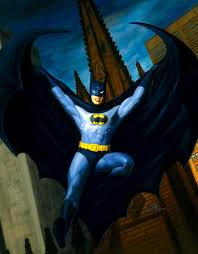 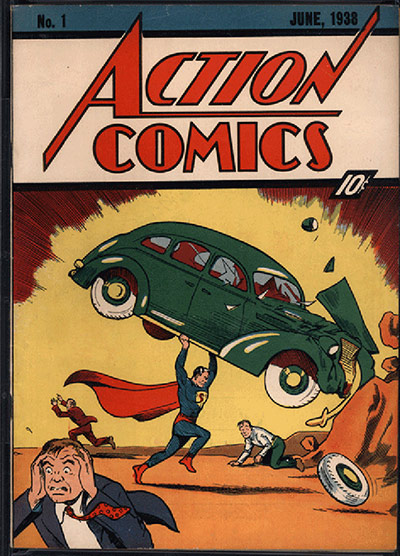 The first sighting of the Man of Steel in June 1938 on the cover of Action Comics. The issue originally cost 10 cents but now sells for seven figures at auction

*  Articulate a vision for a city. Pull all our disparate urban elements together and tell/show the people what is happening.  Tell them where we want to go.

* Lead a city when things get horrific, ie  shootings, fires, riots.  (a la NY Governor Andrew Cuomo and his proposed gun control legislation;  not like Mayor Petty after the mini-riots at North High) It helps if the strong mayor is also poetic, can write a great speech (a la Lincoln or even Obama).

* Inspire a city with his/her compassion when it comes to the homeless, the panhandlers, the dispossessed. Get out in front of these problems and LEAD! LEAD with the angels pushing up up up against the soles of your shoes.

* Shoot for the stars! Dream big dreams! … and then with charisma, take folks along for the ride. Again, to write beautiful words and deliver them to the masses with grace and passion is lovely.

* Be colorful. Wouldn’t it be great to have a mayor who wore cool clothes?! Or donned great hats a la Hedda Hopper? So that when you saw him or her, you’d smile at his/her STYLE?

* Have intelligence AND street smarts. Killer combo. To be smart and connected a la Mayor Petty is OK. To be smart and street-smart is fantastic! That means you can connect with the city engineers/assistants/geek squad but you can also get into the ghetto and wallow in the vibes there! Think Cianci and  Boston’s Mayor Tom Menino and former Worcester Mayor Joe O’Brien (who has lived/played in Main South for years).

* Deal with movements that are sweeping/changing the country – even if they are a tad rad. This is what former Worcester Mayor Joe O’Brien did with the Occupy Worcester brigade. He knew where this crew was coming from and he talked with them and wanted them to have their say on our City Hall Common. City Manager Mike O’Brien sicced the police after them, made the group feel like outsiders, put the kibbosh on everything, in a very heavy handed way. NO VISION whatsoever.

Save Worcester and you save yourself.