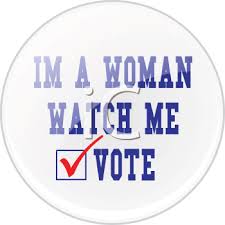 Our prez and our guy!

Please support/go out and work for Ed Markey, candidate for US Senator, during these final days before the big vote! He’s #1 on environmental issues! He’s against the Keystone pipeline! He’s for a woman’s right to control her biological destiny! He’s for the oceans and its – OUR – animals! He’s for making the minimum wage a living wage! And so much more!

Check out his website to learn more. Please click on: http://www.edmarkey.com/ Forward it to friends who need to learn more! 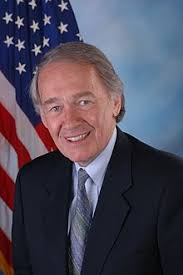 The guy is so fantastic on ALL environmental issues! Reason enough to vote for him on special election day – Tuesday, JUNE 25.

But he’s great on women’s issues, too. And working families. And the minimum wage. And gun control.

He’ll be great for Massachusetts and the country!

To learn more about Markey, please check out his website,  http://www.edmarkey.com/.   Thanks!  – R. Tirella

I remember the BP spill – how thousands upon thousands of animal and fish suffered horrific deaths, how thousands of fishermen’s businesses and jobs were lost …. . I also remember Ed Markey, a congressman from Massachusetts, ripping into BP, willing to go toe to toe with these lying billionaires. He demanded the ‘oilcam’ be set up so people could monitor the millions of gallons of oil gushing into the ocean. That undersea camera, on 24/7, powerfully conveyed the deadly havoc humankind can wreak on the environment, all in the name of the all-mighty buck.

I was totally impressed with Markey and the way he dealt with BP. He wanted them to be fully responsible for the aquatic hell they unleashed. Tomorrow I will remember Markey’s stand for the environment when I go into the voting booth. I will vote for Ed Markey, who is also all too aware of the perils of global warming and the brash stupidity of the Keystone pipeline. America’s future, the world’s future, is inexorably tied to the health of our oceans, air, land and beautiful fauna and flora. Ed Markey gets this.

To learn more about Markey, and where he stands on other issues such as jobs, please visit his informational website www.edmarkey.com

He will make a great US senator. It is important to have another foward-leaning environmentalist in the senate.

State’s most politically active labor organization will back Markey, calling him a strong ally of working families

“Ed Markey will be a strong advocate for working families in Massachusetts,” said Cliff Cohn, Chair of the SEIU Massachusetts State Council. “On immigration reform, health care, the federal budget and other issues important to the 85,000 SEIU members statewide, Ed Markey will stand up for the people of Massachusetts in the Senate.”

Last Saturday, March 9, Markey and Congressmen Stephen Lynch spoke to members of the SEIU’s Locals in Massachusetts at a forum in Dorchester. Scorecards on the candidates completed by members at the forum were the primary factor in determining the SEIU State Council endorsement. Members rated both candidates highly but Markey received the highest ratings. The State Council also considered questionnaires completed by the candidates in making their endorsement.

“Throughout his career, Congressman Markey has shown consistent support for universal healthcare,” said Veronica Turner, Executive Vice President of 1199SEIU, which represents healthcare workers in Massachusetts. “Through the Senate, we know he will continue his work to guarantee access to quality affordable coverage for all Americans.”

SEIU is a member-driven union with an endorsement process driven by its members, who work as hospital employees, homecare workers, janitors, security guards, social workers, and other professions.

“Ed Markey will be a strong advocate in the Senate for commonsense immigration reform that values the contributions of aspiring citizens,” said Rocio Saenz, president of SEIU Local 615, which represents property service workers in Massachusetts. “SEIU members mobilized their communities to vote in the 2012 election and made a huge impact, and we are ready to get out the vote in those communities again for Ed Markey.”

“I am honored to receive the endorsement of the SEIU State Council and its 85,000 members,” said Congressman Markey. “SEIU is at the heart of the labor movement, fighting tirelessly to improve the lives of workers in Massachusetts and throughout the country. I have spent three decades standing up for working families and advocating for good jobs, fair wages, and quality and affordable health care. I want to bring this fight for working men and women to the Senate, and I look forward to working with SEIU to build a future that makes the American Dream achievable for all.”

The SEIU State Council is a representative body of leaders who have been democratically elected by the membership to represent their Local and workers in their respective industries.