Ringling Bros. and Barnum & Bailey Circus is bringing its elephant act to Worcester for the last time, but many people are asking what will happen once the elephants “retire” to Ringling’s Florida training facility.

A new PETA report reveals that elephants kept at the facility, which the circus calls the “Center for Elephant Conservation,” are separated from their mothers shortly after birth, chained for more than 16 hours each day on concrete, and beaten with bullhooks—weapons that resemble a fireplace poker with a sharp metal hook on one end. The report also calls the facility “a hotbed of tuberculosis.” 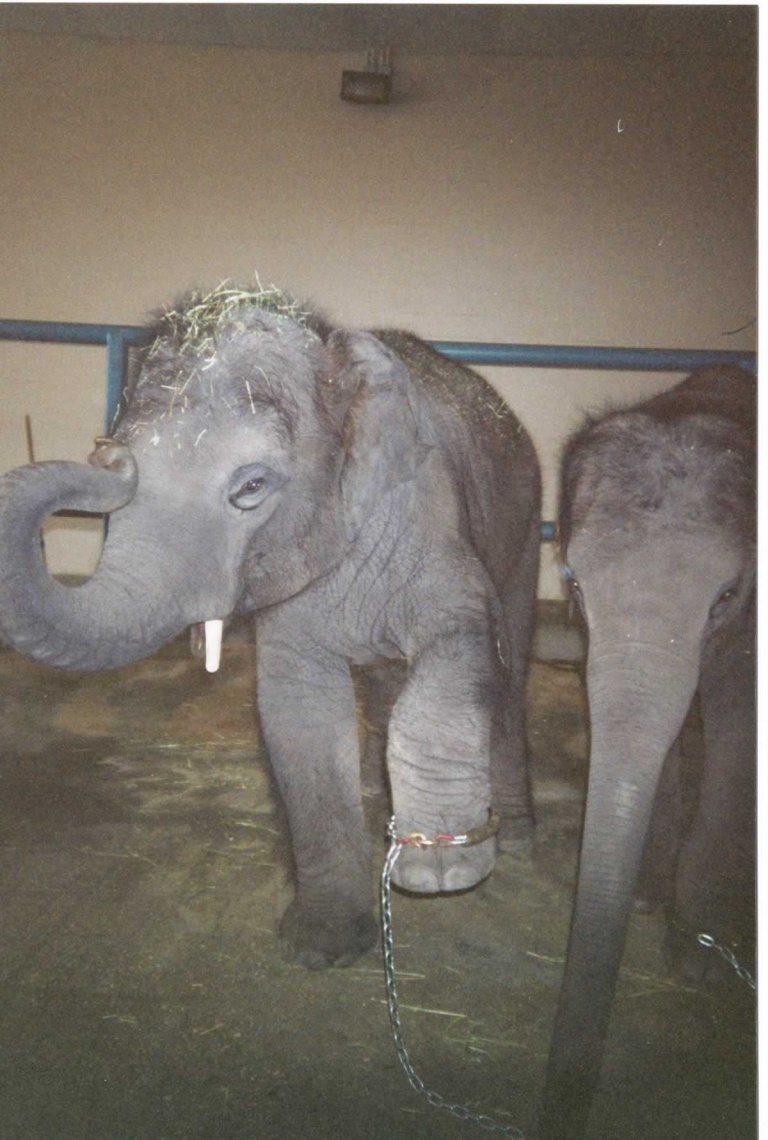 PETA — whose motto reads, in part, that “animals are not ours to use for entertainment or abuse in any other way” — is calling on Ringling to retire all animals held by the circus without delay and send the elephants to an accredited sanctuary where they’d have acres to roam, freedom from physical abuse, and the opportunity to socialize with other elephants.

“PETA’s report reveals that Ringling Bros. plans to continue using and abusing elephants by keeping them chained, jabbing them with bullhooks, and depriving them of everything that’s natural and important to them—such as freedom of movement and maintaining contact with their babies,” says PETA Foundation Captive Animal Law Enforcement Counsel Rachel Mathews. “If this circus cared one whisker for animals’ welfare, it would send these elephants to an accredited sanctuary where they’d be cared for, not exploited as moneymakers.”

Elephants are highly social, sensitive, playful, intelligent animals.  There are about 600 elephants living in captivity in the United States in zoos, circuses and sanctuaries.  The majority are used to provide entertainment in circuses and zoos.  There are several elephant sanctuaries in the country that rescue elephants and allow traumatized elephants to recover from the debilitating experience of captivity.  There is no ethical way of keeping an elephant in captivity.

Circuses can be grueling for elephants.  Their sensitive skin is hit with bull hooks to “train” and control them.  They endure long trips in small, confined spaces which can cause long-term problems with their feet and legs.  Wild elephants normally walk close to 20 miles a day.  Being cramped in small zoo enclosures or daily trips in small containers for the circus is torture for them.

Coming to a sanctuary is a blessing for the elephants and the caregivers.  After living in very difficult conditions that are not natural for them, a sanctuary provides them freedom to roam; something they had not experienced before.  Elephants communicate very well.  The caregivers, while working hard throughout the day for the elephants, report that they often have heart-touching communication with them.  The elephants communicate through noises such as squeaks and rumbles, as well as their actions.

At a sanctuary, because elephants are freed from the abuse they suffered at the hands of humans, they are not there for anyone’s entertainment.  Post Traumatic Stress Disorder (PTSD) is common in elephants that were held in captivity.

One sanctuary that I have volunteered at is The Elephant Sanctuary.  This is a wonderful place with a worthwhile mission helping this endangered species.  For more information, go to www.elephants.com.