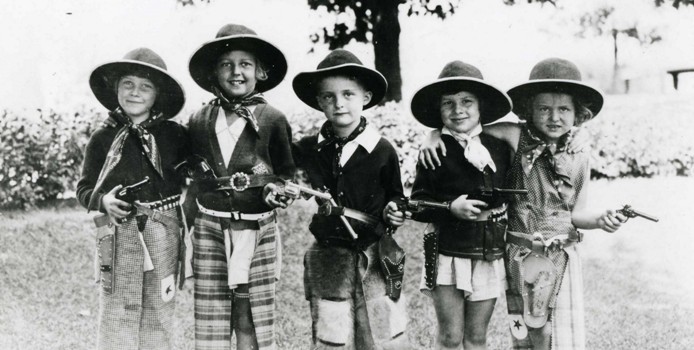 How about a game of Twister or give the hula-hoop a try? This is the last week to get your “game on” and learn about the fun history of toys and games at WHM.
Experience a new way to learn about history in the fun and interactive exhibition Game On.  Exploring the history of toys and games in America, Game On is designed like a board game encouraging children and adults to explore the gallery and artifacts – like LEGOs, the first paper dolls manufactured in America, Toy Soldiers, Puzzles, Barbies, and more – while answering trivia, playing games and having fun.

Game On surveys the development of “play” and the toy industry, looking at New England based giants like Parker Brothers, Milton Bradley and Hasbro, smaller companies like Worcester Toy Company and Ralphco Inc, the marketing of toys and the development of franchises. Audiences, young and old, will be able to connect with future generations by the associations that toys and games have with childhood.

This exhibition was supported in in part by a grant from the Worcester Arts Council, a local agency, which is supported by the Massachusetts Cultural Council, a state agency.

The Worcester Public Library is hosting a month-long September exhibit of the cartoons of my late father Malcolm Gordon. Born in 1929, Malcolm grew-up on Houghton Street on the East Side of the city, attending Union Hill Elementary School and graduating in 1949 from Commerce High. Drafted during the Korean War, he was stationed in Munich, Germany as an Army cartographer and cartoonist. He attended Vesper George Art Institute in Boston on the G.I. Bill then spent a few years in New York experiencing first-hand the professional freelance cartoon art scene, before returning to permanently settle back-home in Worcester.

From the 1950’s through the early 1980’s, Malcolm published several thousand magazine gag cartoons in dozens of national and regional publications, ranging from big markets such as Golf Digest, House & Garden and Woman’s World to more specialized magazines such as The California Highway Patrolman and The Dakota Farmer. He specialized in dental humor, publishing hundreds of his cartoons in a monthly cartoon column in the dental magazine CAL. Malcolm was keenly interested in changing technology in the U.S. and featured the topic in many of his cartoons, creating humorous features about computers and other inventions. His monthly cartoon feature “The Light Side” was published in Laser Focus magazine, one of the first laser technology magazines in the U.S.

My childhood memories growing-up here in Worcester are full of my Dad’s cartoon career. As a family, we experienced his career right alongside with him. It was fun as a kid to see every stage of his cartooning process, starting with his writing of a gag idea, then sketching and inking cartoons, mailing them to publishers, then getting a cartoon accepted (and sometimes rejected, as every artist and writer experiences!) and finally receiving the magazine in the mail with the published cartoon in it. I took the daily mail delivery to our household for granted, but it had to be one of the more creatively unique mail calls in Worcester, loaded as it was with the constant back-and-forth correspondence of Dad’s always active career.

Time flies and life’s entered yet another stage; Dad passed away in May of 2011 and his career is the stuff of recollection, memories and exhibits such as the Library show. In hindsight, my thoughts these days on Malcolm as father and professional cartoonist are dominated by four impressions of his career and life experience. The first is the wide range of his production; after Dad’s passing, my brother David and I found ourselves reminiscing through thousands of cartoons, almost every one of them having been published. My second impression is how different Dad’s world was from today. His was a pre-internet world, in which the pace of his cartooning was set by once-a-day mail delivery, typewritten or handwritten letters and the very rare long-distance professional phone call. It may seem slow and frustrating to today’s constantly on-line artist or reader, but to me it seems more satisfying and much more suited to the pace of the artistic and creative process.

The third recollection of my Dad’s career is how far his cartooning experiences took him beyond his day-to-day life here in Worcester. Proud and caring of his profession, in the 1960’s Dad teamed with many other nation-wide cartoonists to found the National Cartoonists Guild and was also active in Toon-In, a fledging industry magazine for freelance cartoonists. Via traditional “snailmail” U.S. Mail delivery, these activities not only brought him into personal friendships with other well-known national magazine and comic strip cartoonists, but also led to his cartoons being exhibited in international world-wide exhibits in New York, Montreal, Berlin, Brussels and Milan. In 1969, we took a family trip to the International Pavilion of Humor Exhibit in Montreal. Malcolm once told me that one of the most satisfying moments of his career was standing anonymously in front of his cartoon at the exhibit, just watching complete strangers wander by and laugh in enjoyment at his displayed cartoon.

Fourth and finally, I can’t help but be so impressed by how well Malcolm lived the last few decades of his life in the face of mounting health issues. Ironically, blindness that began in the early 1980’s prevented Dad from continuing his beloved artistic interests into the final 29 years of his life. Yet his positive outlook toward life and his love for cartooning and art in general never wavered. He remained active with family and friends, sharing his cartooning experiences with people, maintaining a keen interest in goings-on within his profession and following the cartooning careers of new rising professionals and aging old-time colleagues. He took particular pride in the graphic arts accomplishments of my brother David.

I think its most appropriate that the Worcester Public Library is the host setting for Malcolm Gordon’s career retrospective cartoon exhibit, given his life as part of this community. It was the Worcester public school system that encouraged and fostered his childhood love of art and cartooning, with his Commerce High School art teacher becoming a valued source of encouragement and mentoring to him and his fellow Commerce High art student Jean Gibree. Dad appreciated the importance of offering art education in the Worcester school system and gave back later in his career, teaching an art course for a few years in the mid-1970’s to students of all ages in the Nightlife program at Belmont Street Elementary School.

And it was at the old Rice Square Public Library Branch in which Malcolm and his older brother Noah, one East Side brother developing as an artist and one East Side brother developing as an accomplished novelist, where the pair found a neighborhood oasis from which their lifelong creative passions grew and flourished. Theirs is a true Worcester story as well as a personal life-long adventure.

The Cartoons Of Malcolm Gordon exhibit is on display through September 30 at the Worcester Public Library located downtown on Salem Street. The show displays a sampling of published cartoons, original artwork and correspondence from various eras of Worcester native/resident Malcolm Gordon’s nationally-known magazine gag cartoon career, ranging from the 1950’s to the 1980’s. Exhibit space is located in the glass display cases in both the front and central areas on the first floor of the Library.