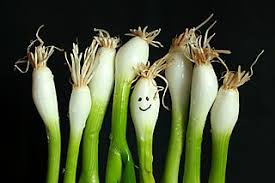 Researchers at the Duke Cancer Institute just released the findings of their new study that confirms, once again, a link between high cholesterol and breast cancer. In human breast cancer tissue cells, the researchers observed that a byproduct of cholesterol fuels both the growth and spread of breast tumors. Scientists say the research suggests that women may be able to reduce their risk of breast cancer by taking cholesterol-lowering drugs or eating a healthy, low-cholesterol diet.

Personally, I would rather increase my intake of colorful meals than colorful medicines. Fruits and vegetables have zero cholesterol, which is just one reason why you’ll find scores of them on any list of “cancer-fighting foods.” Whole grains and beans are cholesterol-free, too. In fact, no plant foods contain cholesterol.

But meat, eggs and dairy products all pack a cholesterol punch. A single egg has 212 milligrams, 3.5 ounces of shrimp has 194 and 3.5 ounces of chicken liver delivers a whopping 631 milligrams. And cholesterol isn’t the only thing that’s troubling about animal products, as far as the risk of breast cancer is concerned. Those foods are also full of saturated fat, excess protein, hormones and other harmful substances that can raise a person’s risk for breast cancer. According to Dr. Jane Plant, a British scientist, cancer survivor and author of The No-Dairy Breast Cancer Prevention Program, “Undoubtedly, the best anti-cancer diet would be to go completely vegan.”

I lost the person I was closest to—my grandmother—to breast cancer when she was just 64 years old, and other women in my family have had the disease as well. So reducing my breast cancer risk is of major importance to me. Cutting animal products out of my diet seems like one way that I can easily slash my risk, without any of the side effects of cholesterol-lowering drugs.

I stopped eating meat 12 years ago, and although I also cut dairy products out of my diet three years ago, I wish I’d done so sooner. I’ve discovered that there are lots of fringe benefits to eating a healthy vegan diet. I don’t have to struggle so much to maintain my desired weight, my skin looks clearer and I have more energy. I’ve also learned that when you stop making your meals reliant on meat, you start incorporating a much wider variety of foods and you open yourself up to a whole new world of flavors. And I enjoy the peace of mind that comes from knowing that no animals suffered and died just so that I could enjoy a fleeting taste of their flesh.

Going vegan is one of the best decisions that I have ever made, and I hope others will join me in taking this important step for their own health.

This week is Men’s Health Week — a good time for men of all ages to kick-start healthy habits. In my 20s, I survived two bouts of testicular cancer. Since that time, I’ve helped create a one-on-one cancer support organization, Imerman Angels, that connects someone fighting cancer with a person who’s been in the same shoes and survived. It gives me so much joy to give back. However, for years my own body didn’t feel its best. Last year, I went vegan, and I’ve never felt better.

I’m not here to lecture. I ate meat and dairy products for years, so who am I to judge? We cancer survivors should never judge regardless; we’re happy just to be here still. But I hope that by hearing about my experience, you’ll feel a little more empowered to take your health into your own hands.

One of the turning points that helped me decide to go vegan was listening to leukemia researcher Dr. Rosane Oliveira—herself a vegan—from the University of Illinois at Urbana-Champaign speak about how dietary changes can help people lead healthier lives. I learned that research has linked the standard American diet—full of cholesterol and saturated fats—with serious illnesses, including cancer, while vegetarians have been shown to have a much lower cancer risk.

Animal proteins and saturated fats found in meat promote the growth of cancer cells and increase our risk for certain types of cancer. Cornell professor T. Colin Campbell’s China Study concluded that proteins from animal foods are the most cancer-causing substances ingested by humans. The study also found that casein, the primary protein in cow’s milk, “turns on” the growth of cancer cells. A link has even been discovered between dairy products and testicular cancer, which makes me even more confident in my decision to dump dairy.

Vegan foods, in contrast, help fight cancer. A study of men diagnosed with prostate cancer found that a diet rich in plant foods can slow or even halt the progression of the disease. Dark, leafy veggies like spinach and kale and fruits like blueberries are loaded with cancer-fighting antioxidants, and beans, whole grains, and other fiber-rich foods help rid your body of excess hormones that can contribute to cancer growth.

Vegan eating has other benefits, too. Following my treatment, I felt so tired and beaten down—my immune system was rattled. Now, even though I regularly meet and shake the hands of many people, I haven’t been sick once (and for people with cancer, an immune system boost can make all the difference). I feel great, I’m strong in the gym and my energy levels are high.

I also love animals, and it feels good knowing that the food I’m eating doesn’t contribute to their suffering. Another turning point for me was watching the video that Sir Paul McCartney narrated for PETA, “Glass Walls,” which includes undercover video footage showing how animals are slaughtered, suffering and in pain. There seems to be a great synergy between cancer survivors, who value their lives and health so highly because they are lucky to be alive, and people who choose to eat compassionate and healthy vegan foods.

You don’t have to take my word for it about the advantages of eating vegan, though. Try it for yourself. Healthy vegan foods provide all the nutrients that we need, so there’s nothing to lose and plenty to gain.

With California’s foie gras ban poised to take effect in less than two months, some of the Golden State’s chefs are scrambling to mount a last-minute campaign to overturn the ban. Birds raised for foie gras are force-fed up to 4 pounds of grain and fat every day via a pneumatic tube that is rammed down their throats—a process that former California Sen. John Burton colorfully describes as “doing the equivalent of waterboarding.”

California should uphold its ban on foie gras—and the rest of the U.S. should follow the state’s progressive lead.

Burton, who spearheaded California’s ban and built in a seven-year grace period specifically to allow California’s lone foie gras producer, Sonoma-Artisan Foie Gras, to come up with an alternative to force-feeding birds, has no patience for the chefs’ last-ditch appeal.

“They’ve had all this time to figure it out and come up with a more humane way,” he said. “I’d like to sit … them down and have duck and goose fat—better yet, dry oatmeal—shoved down their throats over and over and over again.”

Force-feeding causes the birds’ livers to swell to as much as 10 to 12 times their normal size, resulting in a painful disease known as hepatic steatosis (which makes foie gras a diseased organ and therefore illegal to sell in the U.S., according to a lawsuit filed this month by several animal protection groups). The birds often suffer from internal hemorrhaging, fungal and bacterial infections, and hepatic encephalopathy, a brain disease caused when their livers fail. They can become so debilitated that they can move only by pushing themselves along the ground with their wings.

A journalist who visited Sonoma-Artisan Foie Gras in 2003 reported that force-fed ducks “moved little and panted” with the effort, and an employee admitted that “[s]ome [ducks] die from heart failure as a result of the feeding, or from choking when they regurgitate.”

A recent undercover investigation at the farm revealed filthy, bedraggled birds (failure to preen is a sign of illness or distress), birds panting and struggling to breathe, birds who were too ill to stand, and even the bodies of dead birds among the living. An average of 20 percent of ducks on foie gras farms die before slaughter, 10 to 20 times the average death rate on a regular duck farm.

Force-feeding birds has been denounced by every expert in the field of poultry welfare. Dr. Christine Nichol, a tenured poultry husbandry professor at the University of Bristol, believes that foie gras production “causes unacceptable suffering to these animals. … It causes pain during and as a consequence of the force-feeding, feelings of malaise as the body struggles to cope with extreme nutrient imbalance and distress ….”

Foie gras production is so cruel that it has been banned in more than a dozen countries, including Israel, the U.K., Germany, Norway, Poland, Sweden, and Switzerland, and it will be outlawed throughout the European Union by 2020.

Really, the only people defending foie gras are those who produce it and cook with it, and with thousands of other delectable ingredients available, it’s hard to imagine why chefs are fighting tooth and, er, bill to hang onto this deadly “delicacy.” Their objections should be filleted, puréed, flambéed and stuffed. Surely, any creative chef worth his or her artisanal sea salt can make do without a tortured duck’s liver.