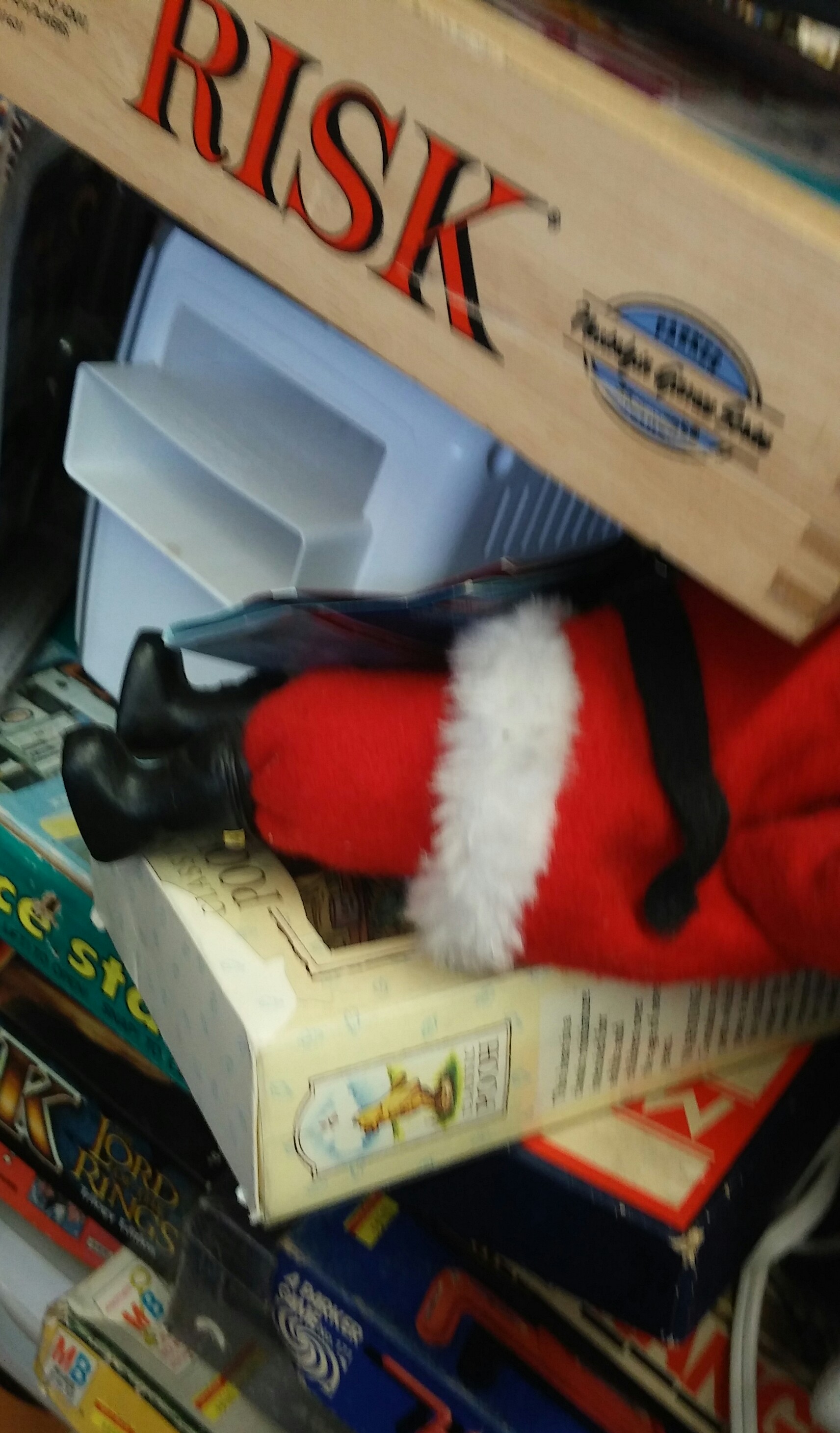 On the Worcester Common, behind City Hall, 455 Main St. 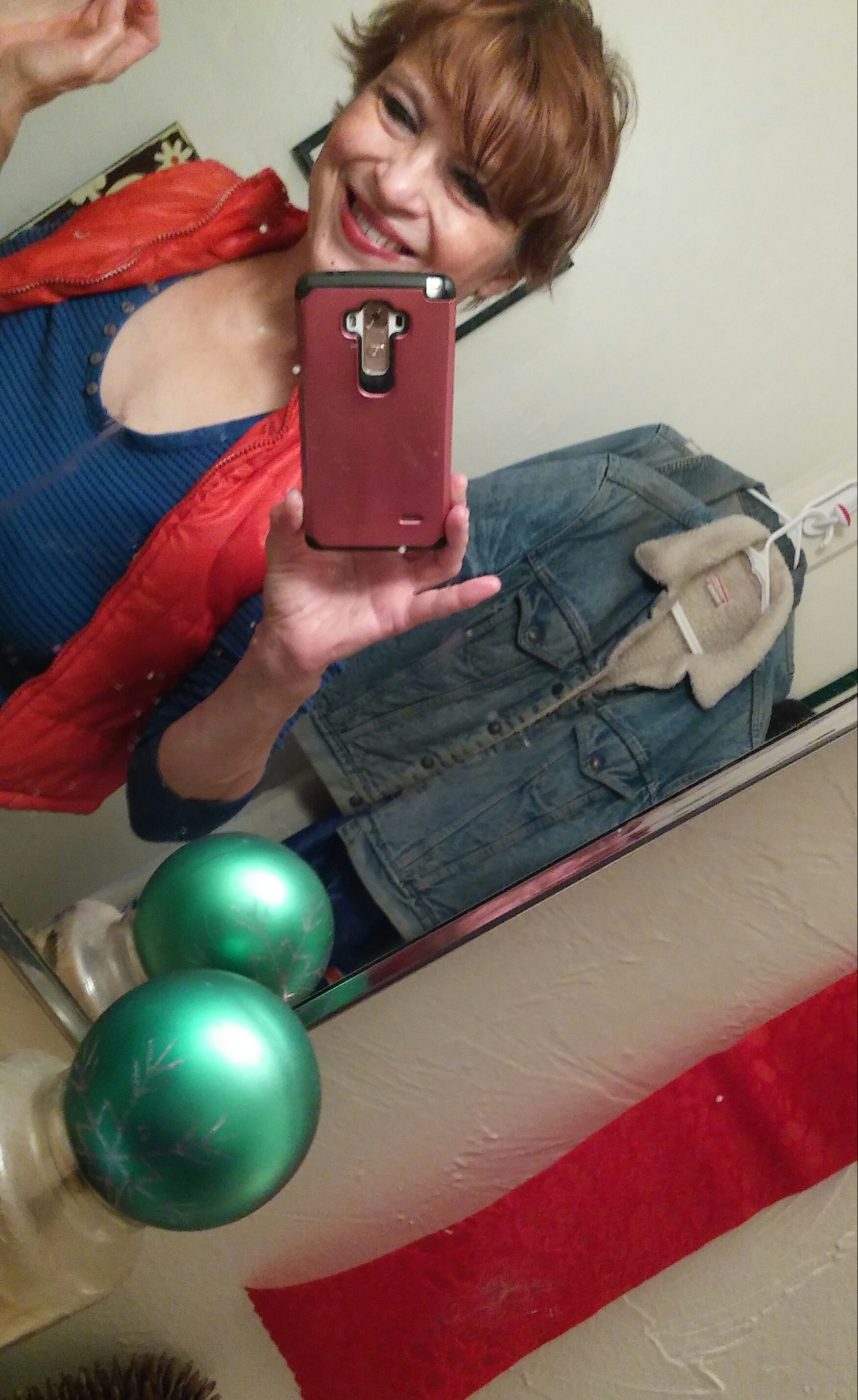 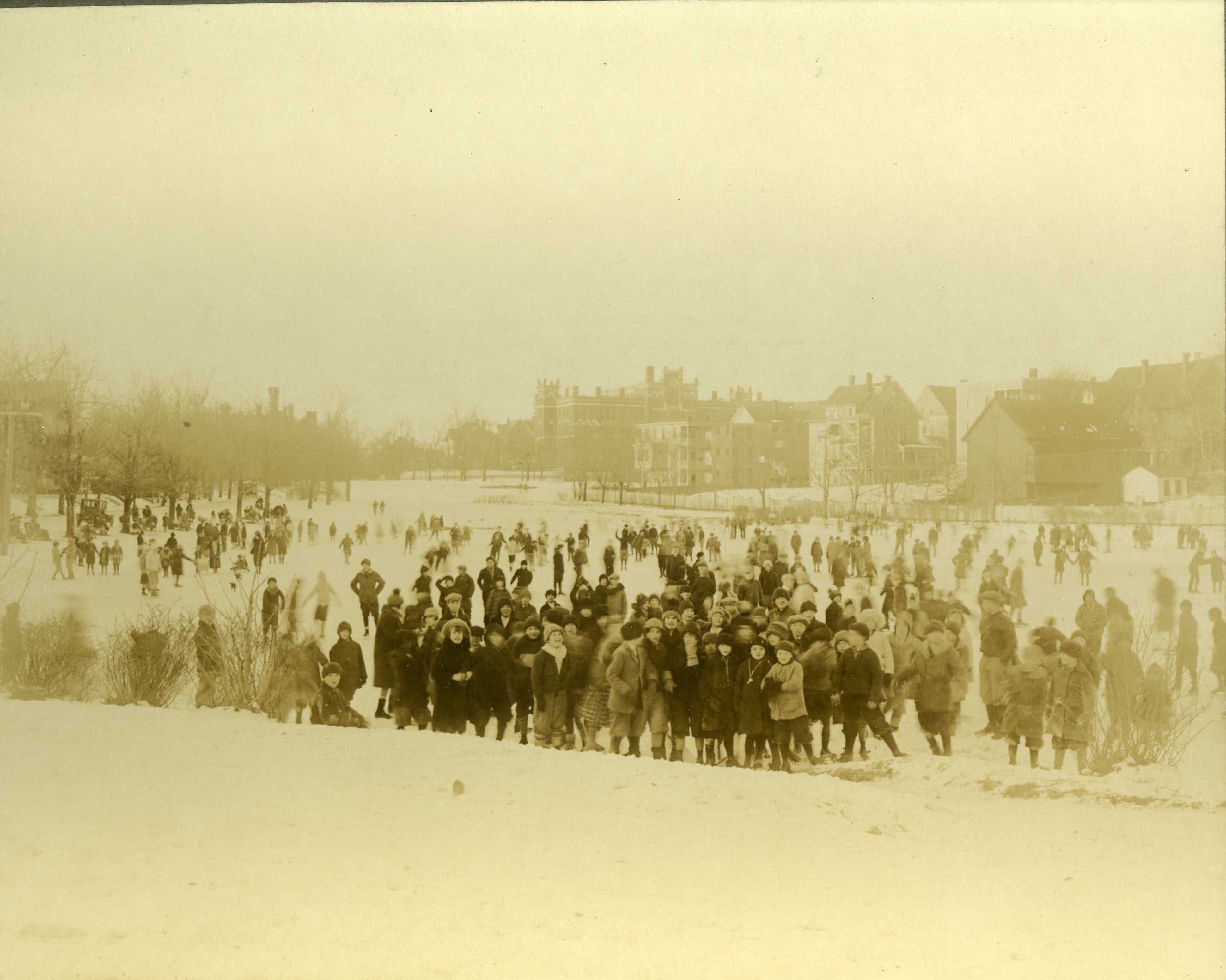 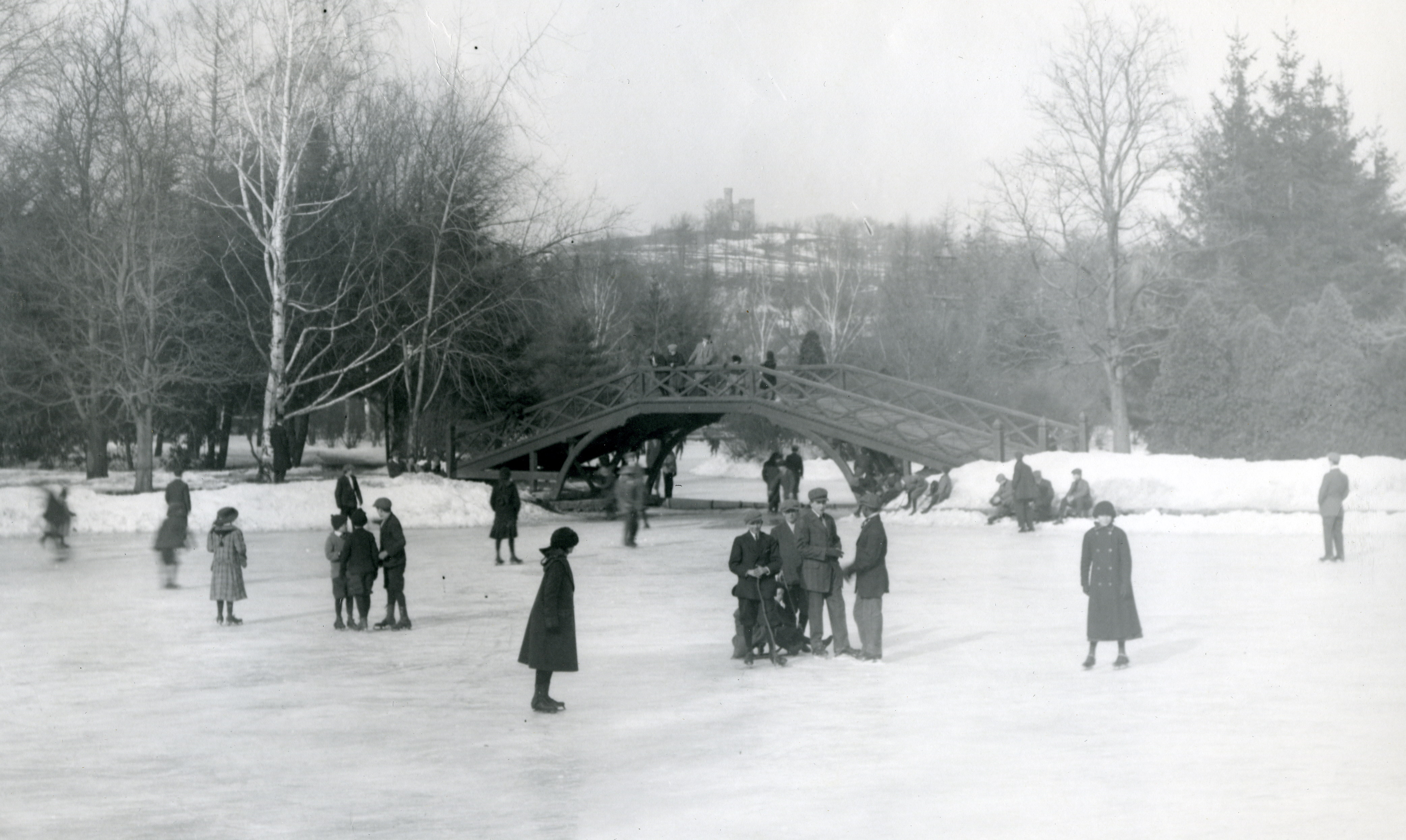 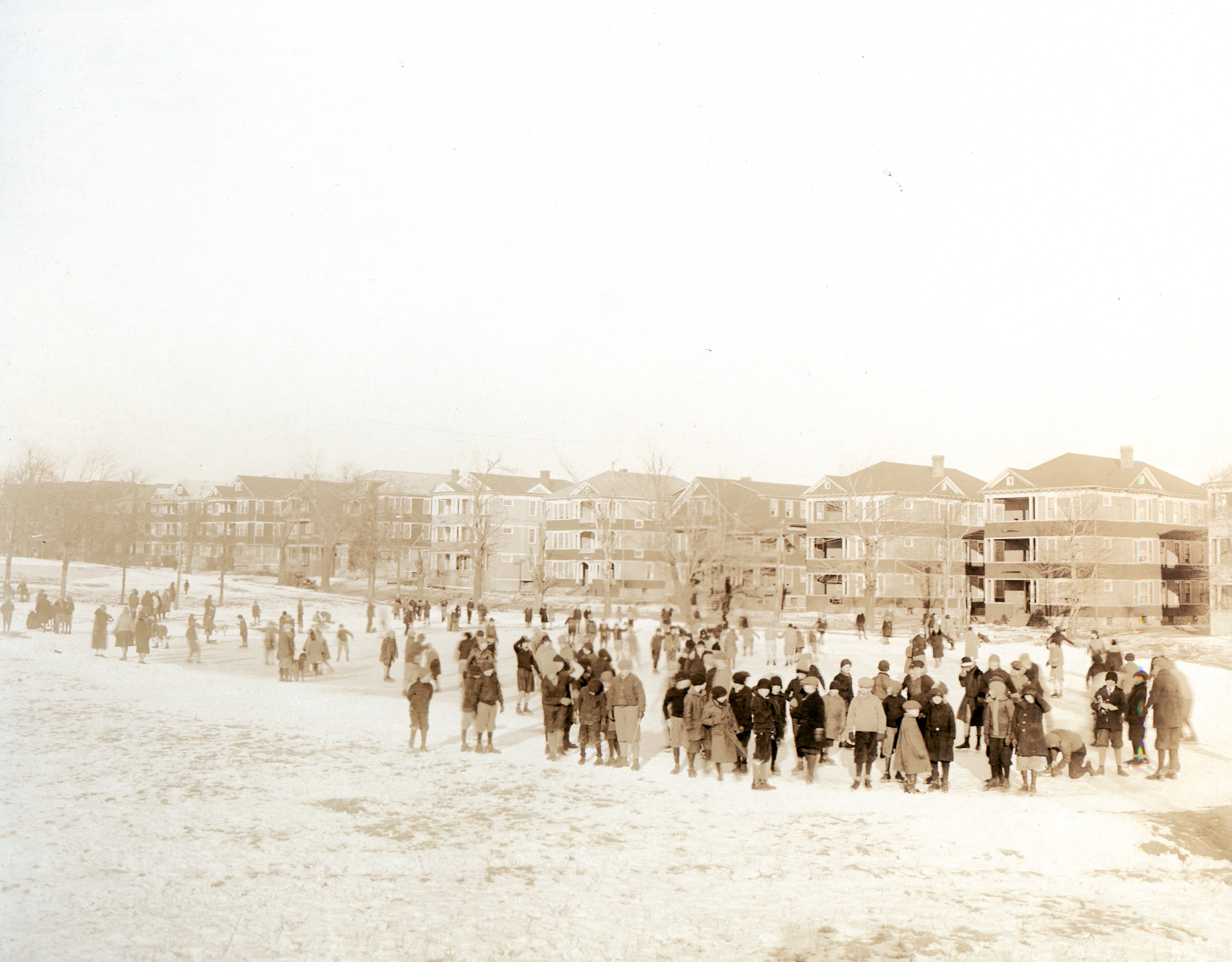 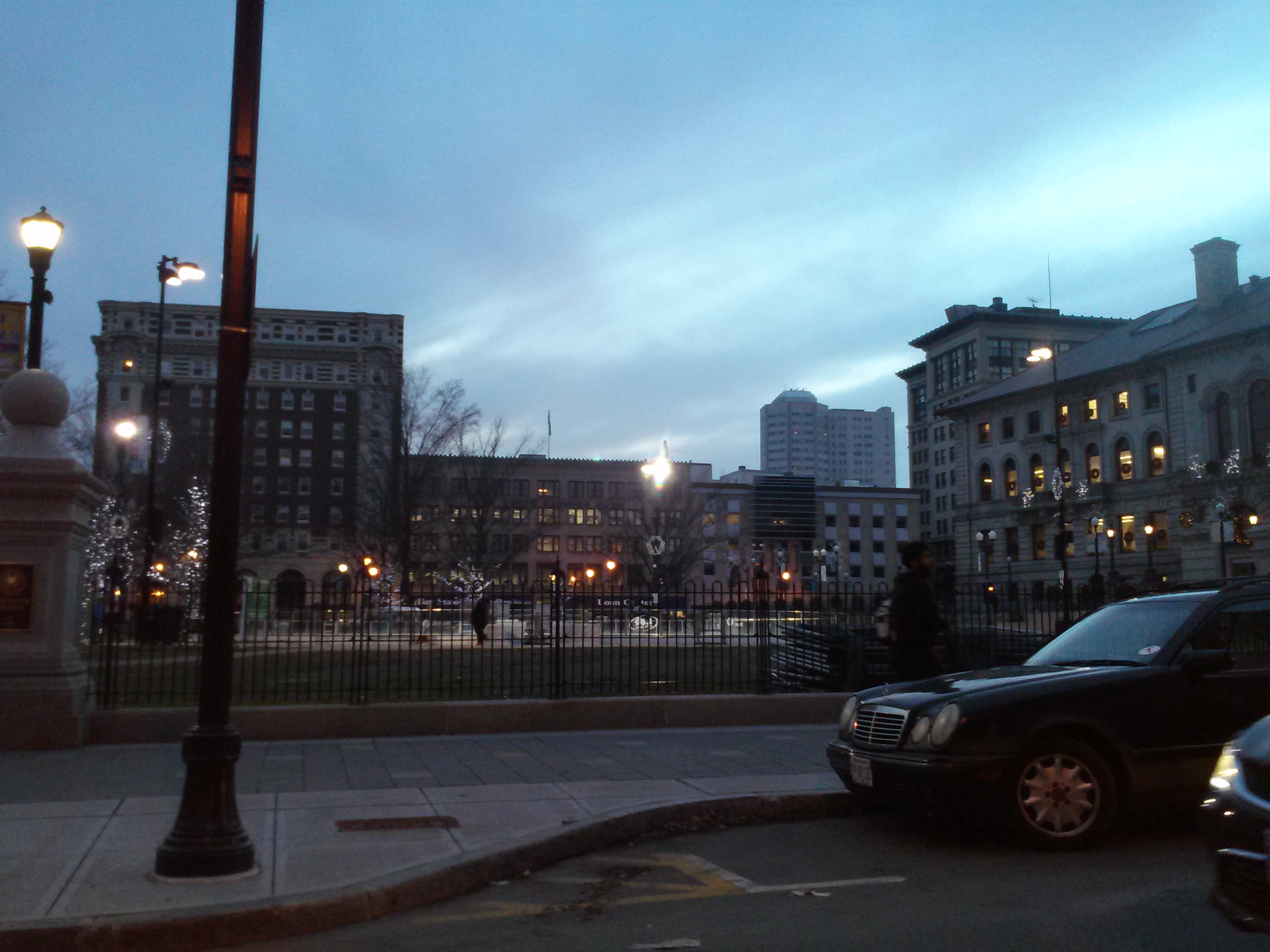 Every year we rail against the Worcester Common Ice Oval – that is its skate rental fee ($100 cash if you don’t have a credit card; $3 per pair of skates PLUS $25 refundable rental fee per pair of skates) and admission price of 2 bucks a person, older than 6. It’s as if former Worcester City Manager Mike O’Brien – the Ice Oval was his brainchild after he solicited ZERO COMMUNITY INPUT – was saying to the mostly poor Latino families who live in the downtown area, a stone’s throw from the Ice Oval (in Piedmont and Main South): GO AWAY, YOU ARE NOT WANTED HERE. THIS PLACE IS FOR WHITE KIDS FROM OXFORD OR WHITE, COLLEGE STUDENTS FROM HOLY CROSS. There will be some free, special ice skating afternoons and nights for you, but that’s CHARITY, the City of Worcester making CHARITY CASES out of you! Only during these special times can you call the Worcester Common your own. And skate your little hearts out…

After all, the Ice Oval is built on our city common – public space belonging to us, THE PUBLIC. We don’t have to pay money to enter the nearby Worcester City Hall or to eat lunch on one of the benches behind Worcester City Hall. And let’s remember the history of this special space! The Worcester Common is COMMON GROUND where, for more than a couple of centuries, Worcesterites gathered to speak of what was deepest in their hearts: We want to be free!, We want the vote!, Bless our soldiers!, Hallow this ground!

The Worcester Common is a square of land in the hub (or what used to be the hub) of our town, then city, Worcester. It’s historic – dirt and stone upon which a few centuries ago Worcesterites heard abolitionists speak out against slavery, where Worcester rabble rousers marched and protested during the Vietnam War and where pamphlets and petitions are still shoved before the sometimes unsuspecting eyes of the uninitiated, the unaffiliated, the un-moved!

And so, sadly, it’s the tenor of the times – Today Worcester city fathers and mothers demand cold hard cash to do a pirouette on a hunk of ice behind our City Hall, speed skate on a gated, frozen space yards away from the monuments to men and women who were on FIRE years and years ago (and just this past summer!) when they preached against the evils of slavery … and homophobia …

That so many great and historic ideas and ideals were birthed on the Worcester Common make no difference to our civic bean counters today; in 2016 you have to buy access to a piece of Worcester. It’s all about the dough rae me, and if you don’t have the dough rae me, forget about lacing up those skates! STAY OFF! STAY AWAY! A piece of your city is unavailable to you.

No wonder why former City Manager O’Brien shoved off and now lives in a Metro West town with about 15 Latinos and 10 poor people: Worcester community activists, neighborhood boosters, the folks at the grassroots said SHOVE OFF, Mike! GO AWAY! YOU DON’T GIVE VOICE TO THE TRUE WORCESTER SPIRIT. Not in words, mind you, but in stopping his agenda in its tracks. So it was Bye, bye, Mikey! See ya in the funny papers!

Time to shine a new light on the Ice Oval!

Remember this past Christmas-time when the Ice Oval was open to ALL and the City of Worcester made it free for the evening, complete with free music by WPS school kids, free hot cocoa and an abundance of good cheer (free, of course!)?

Why, there were hundreds of folks skating on our Ice Oval! A few thousand congregating in front of and in back of City Hall! It was a sight to behold! All those Worcester Public School chorus kids, children of the world, children of all colors and creeds, with round, smooth black, brown, latte and freckled faces … bundled up and singing to the heavens! On the Worcester Common Ice Oval the rainbow of colors shone so brightly! Black kids, Latino kids, white kids, many of them poor, holding their dads’ or moms’ hands as they skated in big circles on the WORCESTER Ice Oval to music! And the music pumping through the sound system gave them the notes on which to hang their dreams! For that one night! For that one magical night when downtown Worcester was actually bustling! VIBRANT. A TRUE REFLECTION of its populace!

And how much did it all cost?

Not a whole lot.

Yet, here go our city leaders, trying to lure everybody but the real Worcester to the Worcester Common Ice Oval. For fees, for $$ hot chocolate.

If skating on the Worcester Common Ice Oval didn’t cost money, they say, the experience wouldn’t have value.

Let the poor families who live around the area make their own winter magic, city leaders seem to be saying. It’s all about keeping the coveted (white, middle class, millennial?) people in and the undesirables (poor, brown, black?) out. In a polite way, of course!