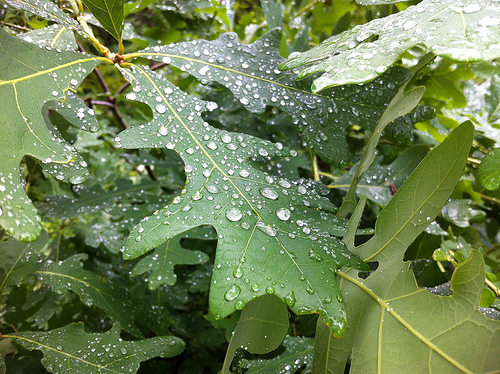 The Worcester Tree Initiative has a new project that will get free trees to people in Quinsigamond Village and Main South.  In partnership with the Blackstone Headwater’s Coalition, the Environmental Protection Agency  and the City of Worcester, we will be planting trees in the Main South and Quinsigamond Village neighborhoods to help reduce flooding problems in those areas and to restore our waterways and the Blackstone River to  healthier conditions. Both Quinsigamond Village and Main South will receive 50 public or private trees.  These trees will be given away to residents to be planted at their homes, planted in front of businesses with space or planted in other public places in the community that might benefit from having new trees.

If you are interested in a tree please contact the Worcester Tree Initiative by emailing us at staff@treeworcester.org or leaving a message on our office phone @508-752-1980.

Worcester Tree Initiative has taken on several new projects this spring that have benefitted the residents of Worcester.  The first was our seven week long Worcester Boys and Girls Club educational program where we taught youth principles of stewardship, leadership, and advocacy in the urban forest thanks to a grant provided by the Alliance for Community Trees. The second was the Arbor Day Celebration at Green Hill Park where we partnered with the American Chestnut Foundation, the City of Worcester, the Green Hill Park Coalition, and the Worcester Garden Club to plant 15 blight resistant American Chestnut trees.  We have also planted another community orchard at Ascentria’s New Lands Farm where many Worcester refugee families farm their own food.  These projects along with the newest project in Quinsigamond Village and Main South, help keep a healthy urban forest in and around Worcester.

Trees are important in both a forest and a city.  They give off oxygen and reduce carbon dioxide in our air.  Studies show that urban areas with more trees have lower crime rates and better health.   More trees in a city mean increased property values, increased health benefits, decreased air pollution and decreased energy usage.   People linger by stores and restaurants that are surrounded by trees so business increases in establishments on tree lined streets.   Residents go outside more when more trees are part of the landscape.  Trees are a low maintenance alternative, once they have been established. They also reduce storm water runoff, or rain water that does not soak into the ground.

Storm water runoff is a big problem in cities because we have so many impermeable surfaces like rooftops, roads, parking lots, and sidewalks. Water can’t soak through these surfaces so it runs off somewhere else sometimes causing floods.  Streets close as they become waterlogged and impossible to drive through.   Basements can fill with water when there’s a crack in the foundation. Because of the massive amounts of impervious surfaces the urban environment can be overloaded by water of large storms and we get left with a big mess.

Besides creating flooding conditions, stormwater runoff carries with it pollutants and road debris as it travels to city drains.   Pollutants like excess fertilizers and pesticides, pet waste, bacteria, grease and oil, and heavy metals from brakes and rusts infiltrate our water treatment system or in some cases, drain directly into our natural waterways.   Over time such pollution accumulates and becomes a major problem for anything that lives in, drinks, or swims in that water.

All of the water in Worcester eventually finds its way to the Blackstone River, the head of which sits in Quinsigamond Village. Pollution of Worcester’s waterways has been a major contributor to pollution of the Blackstone River since before the Industrial Revolution. That pollution, along with contributions from every other smaller watershed along the way, has led to the devastation of Narragansett Bay.

More and more, urban planners and urban engineers throughout the United States are looking to set the urban equation straight by utilizing green infrastructure wherever they can. Parking lots no longer need to be impenetrable solid roads where pools of water and ice create hazards for pedestrians and drivers.  Instead they can include drainage options and vegetation components to eliminate surface pooling. City landscapes can include plants and trees, which enhance the beauty of the city while creating places for storm water to go thereby reducing  flooding in our streets and pollution in our waterways.

Trees are a big part of storm water interception. They absorb gallons of water through their roots systems.  Tree canopies capture and store rainfall then release water into the atmosphere, preventing it from becoming waste water.  Tree roots and leaf litter also create soil conditions that promote the infiltration of rainwater into the soil. The closer we can get to imitating nature in the city, by reducing impermeable surfaces and letting water soak into the ground, the cleaner and healthier our waterways will be. In fact, some of the cleanest water in the world comes from the Quabbin Reservoir, which is the water supply for Boston. The water that the trees and soil naturally filter goes into the Quabbin and when it gets to Boston it needs little filtering before it goes to people’s sinks!

A great way to get trees into the city landscape is to plant them in people’s yards.  Even small yards can be good places for small trees. Trees thrive when planted in areas where they have room for their roots to grow and where they are treated with care.

The Worcester Tree Initiative in partnership with the Blackstone Headwaters Coalition, the Environmental Protection Agency and the City of Worcester, is looking for 100 tree planting sites in  Main South and the Quinsigamond Village throughout the spring and fall.  We are looking for 50 spots where people want city trees planted in their front yard or in the grass strip along the sidewalk and 50 spots where people would like to plant a tree somewhere else in their yard.  So far – close to 50 locations have been identified and we are eager to finish our project by mid June.  Please contact the Worcester Tree Initiative by email: staff@treeworcester.org or by phone: 508-752-1800.  We are happy to get trees into your neighborhood!

This project has been made possible through the partnership of the City of Worcester, Worcester Tree Initiative and the Blackstone Headwaters Coalition and has been funded through a Healthy Communities grant from the Environmental Protection Agency.  The purpose of the project is to plant trees to make the Blackstone River healthier and to reduce flooding after storms in Worcester.

During the meeting we will be discussing the important roles that trees have to play in our environment, particularly when it comes to issues of water pollution and flooding.

We also want to know if you want to plant a tree in your yard along your street. We are giving the trees away for free!

The meeting is open to the public but the trees are only available to residents of Quinsigamond Village and Main South.

Whether you want a free tree or just want to learn we hope you will join us. Refreshments will be served.

Local cancer survivors and their caregivers will take the celebratory first lap at the annual American Cancer Society Relay For Life of Worcester event on June 19 at Burncoat High School.

The Survivors Lap will start at 6:30 p.m., and anyone who has ever been diagnosed with cancer may participate.

As the survivors walk, other event participants will cheer them on in a demonstration of support and celebration.

The five-year survival rate for all cancers has risen to 68 percent, and there are an estimated 14 million Americans alive today who have been diagnosed with the disease.

The Relay For Life program is a community event where teams and individuals set up campsites at a school, park, or fairground and take turns walking or running around a track or path.

Each team has at least one participant on the track at all times. Four million people participated in more than 6,000 events worldwide last year. The money raised supports groundbreaking cancer research, education and prevention programs, and critical services for people facing cancer.

If you are a cancer survivor or caregiver and would like to take part in the Relay For Life of Worcester event, visit www.relayforlife.org/worcesterma

Congressman Jim McGovern introduced yesterday H.R. 2204, the Safe Communities Act, a bill that would give states and local communities the ability to regulate liquefied petroleum gas (LPG) rail transload facilities that are operated by a rail carrier.

“Communities ought to have a say in whether or not a hazardous LPG facility is sited in their backyard,” said Rep. McGovern.  “I am deeply troubled that no other federal, state, or local agency, besides the Surface Transportation Board (STB), has jurisdiction over a project that could potentially threaten the health and safety of hundreds of people, including hundreds of children.”

The filing of the bill comes in response to plans by the Grafton-Upton Railroad to build a 320,000 LPG storage and transloading facility in the Town of Grafton and the subsequent STB decision to pre-empt state and local zoning and environmental protection laws. If allowed to stand, the STB decision would pave the way for the construction of an LPG facility in a residential zone within Grafton’s water supply protection district.

“This issue is not new to Congress,” said Rep. McGovern. “The Safe Communities Act of 2015 is similar to a provision included in a bipartisan 2008 passenger rail bill that addressed health and safety concerns at railroad-owned and operated solid waste transfer facilities.”

The introduction of this bill follows Rep. McGovern’s filing of an amicus curiae brief in support of Grafton that he committed to at a January community meeting held in the town and moderated by State Senator Michael Moore.

On April 8, 2015, the United States District Court for the First Circuit (First Circuit) accepted the amicus curiae (or “friend of the court”) brief submitted by Rep. McGovern in March 2015 refuting the STB’s interpretation of federal law and congressional intent.  The accepted brief is in support of Grafton and its Board of Selectmen’s appeal of the STB’s January decision in favor of the Grafton and Upton Railroad.

Grafton appealed the STB decision to the First Circuit in October.  Grafton hopes to halt construction of the largest propane facility in the Commonwealth because of its close proximity to homes, a K-2 elementary school, a branch of the public library and a little league field.