The event, focused on saluting our military heroes, will include a 90-minute endurance go-kart race where companies and individuals can sponsor and race a team against veterans from the Veteran Homestead programs as well as veterans from the Boston area.

For those not racing, tickets are available to join the evening of fun, food, drinks and prizes where Governor Charlie Baker will present the trophies to the winning racers. All attendees will have the opportunity to meet both Moynihan and Baker.

Go-Kart sponsorships are $5,000 for a 4-person team and offer companies the opportunity to support a good cause as well as promote their brand at the event.

Tickets are $150 per person for non-racers. All sponsorships and tickets are tax-deductible and all proceeds go directly to help the veterans in the six Veteran Homestead programs.

Veteran Homestead, Inc., an independent, non-profit organization that provides housing and care to U.S. Armed Services veterans who are elderly, disabled or diagnosed with a terminal illness is based in Fitchburg, Massachusetts and has six programs and facilities in New England and Puerto Rico. All are unique programs and/or the first of their kind. The organization has served nearly 3,600 veterans and conducted over 52,000 hours of counseling sessions covering psychological affects, family issues, alcohol and substance abuse, Post-Traumatic Stress Disorder and Traumatic Brain Injury.

With hundreds of thousands of veterans returning from service with special needs, Veteran Homestead strives to minimize and even reverse damage incurred during military service by delivering effective one-on-one medical, psychological, and spiritual care. The team focuses on preparing veterans for a life in which their disabilities will be less of a burden while helping them achieve successful transition from soldier to civilian life.

“Moynihan’s willingness to risk his life as a U.S. Army Ranger Lieutenant while deployed “in sector” in Iraq is to be applauded and on top of that he continues to serve us as a Boston police gang unit officer. His dedication to service will be honored at our event as well as his support of fellow military veterans. His attendance will no doubt help our fundraising, a task we must accomplish to keep our facilities going since we do not rely solely on state and federal funding,” said Veteran Homestead Founder/CEO Leslie Lightfoot.

RJ Valentine, owner of F1Boston in Braintree, Mass., is hosting the event and underwriting the costs on behalf of Veteran Homestead. “After visiting the Veteran Homestead facility in Gardner and meeting it’s Founder and CEO Leslie Lightfoot at the end of last year, I had to get involved. I am incredibly impressed at the amazing work they are doing for our local veterans. There should be more facilities like this that actually have a proven track record where 90% of funds raised go directly to their vets,” said RJ Valentine.

Veteran Homestead’s premier facility, the Northeast Veteran Training and Rehabilitation Center (NVTRC) in Gardner, Mass., focuses on Iraq and Afghanistan veterans who are suffering from TBI and PTSD, two of the most common maladies suffered by veterans of these wars. It is the only facility of its kind in the United States that serves these afflicted veterans and their families by offering housing, physical therapy, counseling and college courses. The facility can also accommodate amputees and burn patients.

There is a therapy dog-training program, as well. This facility is LEED (Leadership in Energy & Environmental Design) Gold. Veteran Homestead hopes to replicate this type of facility across the U.S.

Created by Vietnam veteran Leslie Lightfoot, Veteran Homestead, a 501c3 organization has created environments that help veterans immerse themselves more fully into a better quality of life. We involve entire families when appropriate and foster the veteran’s self-worth as he or she transitions from soldier to civilian. Veteran Homestead raises funds through its own efforts and receives some state and federal support. The organization directs 90% of funding to the veterans in its direct care and 10% to grant writing and fund raising. Veteran Homestead facilities include:

· The Northeast Veteran Training and Rehabilitation Center – Gardner: The first and only facility in the United States to serve afflicted veterans returning from Iraq and Afghanistan and their families by combining housing, physical therapy, counseling and college courses PTSD, TBI, amputees and burn victims. It is a LEED Gold facility.

· The Veteran Homestead Hospice – Fitchburg: The only privately run, veteran-specific hospice in the country.

· The Veteran Victory Farm – Fitzwilliam, N.H.: A working organic farm and permanent housing for veterans with substance abuse issues, mild TBI and in need of supportive services –
the first one in the country.

· La Hacienda de Veteranos – Caguas, P.R.: The only facility of its kind in Puerto Rico, it serves homeless veterans, focusing on restoring a sense of self-worth.

· The Hero Homestead – Leominster: Transitional housing for veterans dealing with substance abuse and mental health issues, as well as other challenges related to homelessness.

· The Armistice Homestead – Leominster: Assisted living in place for the elderly or medically frail.

John Moynihan served our country as a U.S. Army Ranger Lieutenant 10th Mountain Division “in sector” in Iraq. He is currently a Boston Police gang unit officer who was honored at the White House in 2014 for his role in saving the life of a fellow officer who was injured during a shootout with the Boston Marathon bombers.

· The U.S. Department of Veterans Affairs (VA) states that the nation’s homeless veterans are predominantly male, with roughly 9% being female. The majority are single; live in urban areas; and suffer from mental illness, alcohol and/or substance abuse, or co-occurring disorders. About 11% of the 442,723 adult homeless population are veterans.

· About 1.4 million other veterans, meanwhile, are considered at risk of homelessness due to poverty, lack of support networks, and dismal living conditions in overcrowded or substandard housing.

· By their own admission the VA is only seeing 1/3 of returned veterans.
· Approximately 22 veterans a day take their own life, according to Veteran Affairs department estimates.

· Families of service men and women are subject to severe emotional and financial strain associated with the disruption caused by multiple tours of duty. The divorce rate among returning wounded veterans is 84%, and it is not uncommon for a veteran to return to an empty bank account, a home foreclosure and a family in crisis.

· The Veterans Administration is treating more than 210,000 service men and women from Iraq and Afghanistan for PTSD; more than 67,000 are classified as disabled.

· The Department of Defense estimates that 360,000 service men and women have some type of blast-related brain injury, however, many returning veterans don’t even realize they have a traumatic brain injury.

Friends of Boston’s Homeless, in celebration of decades of success in providing solutions to homelessness in Boston, announces the Best Housewarming Party to End Homelessness. Hosted by John Rosenthal, founder of Friends of Boston’s Homeless, alongside lead sponsor Charles River Apparel, emcees Jonathan Soroff of The Improper Bostonian and TJ Taormina of 103.3 amp radio, the event will feature gourmet tastings by the Boston area’s top chefs with live music by the Berklee Bob Marley Ensemble.

Named one of BizBash magazine’s top 100 events in Boston for four years running, the gala will feature a “lounge atmosphere” with tasting from some of Boston area’s best restaurants including Ashmont Grill, Cinquecento, City Table, Eastern Standard, Flour Bakery + Café, The Fireplace, Sweet Basil, and Sweet Tooth Bakery and passed hors’ doeuvres by House of Blues Boston. It will also feature a 50/50 raffle and live auction.

Focusing this year on Friends’ Housing First Start-Up Fund, ” this fund provides long-term homeless individuals with permanent supportive housing, so they are no longer living on the streets or in shelters.

In just four years, this initiative has helped place over 560 chronically homeless individuals in dignified, permanent housing: over 90% of who have maintained their housing and have not returned to the streets or shelters.

For further information and to purchase tickets, visit www.fobh.org, or call:

ABOUT FRIENDS OF BOSTON’S HOMELESS:

We believe homelessness in Boston can be solved.  Friends of Boston’s Homeless supports solutions-oriented programs with proven track records that help people transition from the streets and shelters to lead stable independent lives. We focus on removing the final barriers of transition that often city and state programs don’t have the means to cover. The final transition steps out of homelessness are often the most crucial, and we help make them happen. 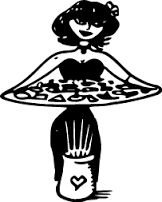 Come by and to support Jack in his run for re-election while enjoying fine food and great conversation!

If you can join us, please RSVP to barbara@barbarahaller.com

Please join me tonight at Coral Seafood on Shrewsbury Street from 5:30pm to 7:30pm for a fundraiser to help get the Belmont Street School back up and running.

The Hanover Foundation has thrown down the gauntlet and challenged us to raise $50,000 and they will match it penny for penny. This is an offer we can’t pass up!

This will be a great event. There will be food, a band and a silent auction. Some great gifts have been donated for the auction. END_OF_DOCUMENT_TOKEN_TO_BE_REPLACED