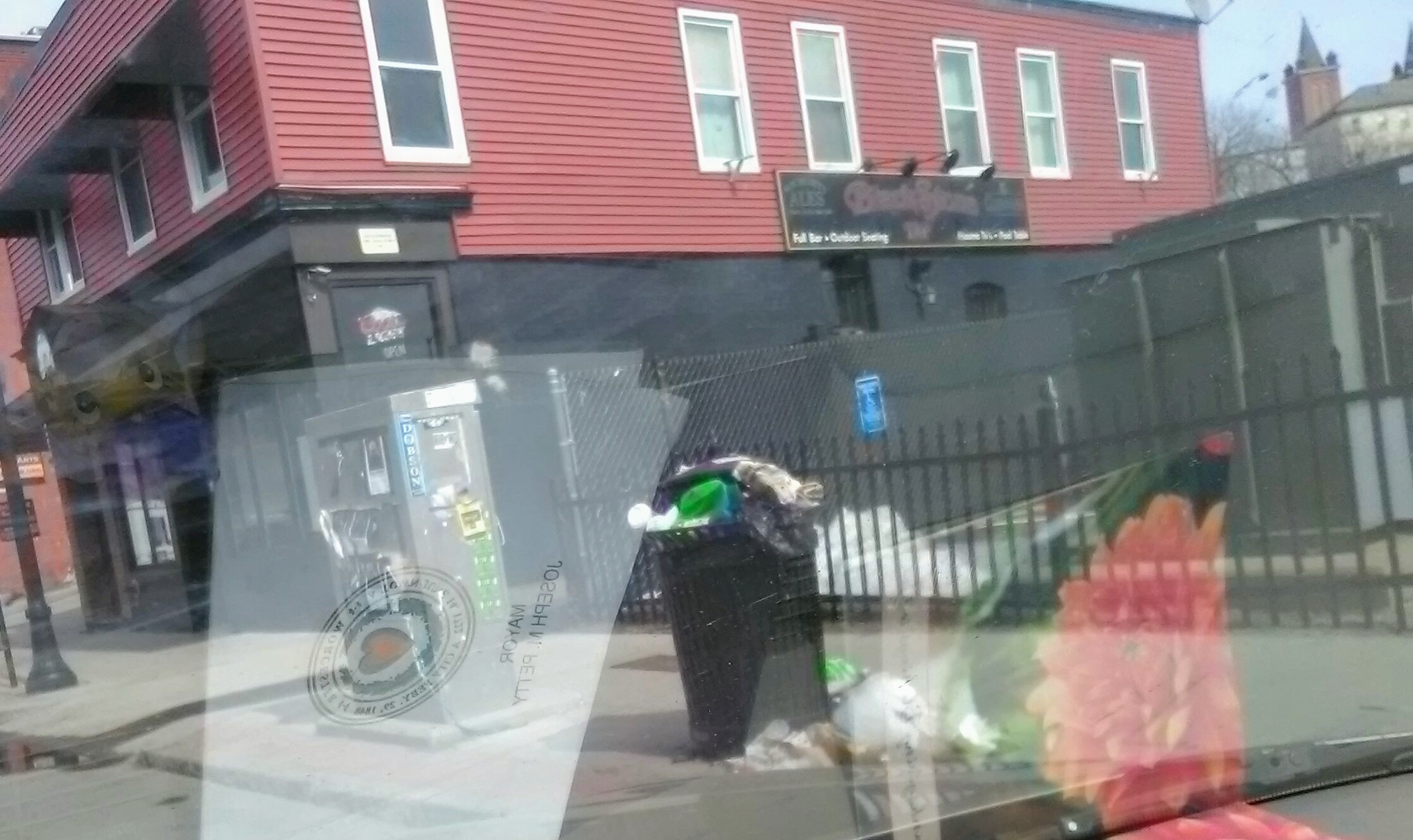 …and Millbury Street, too: 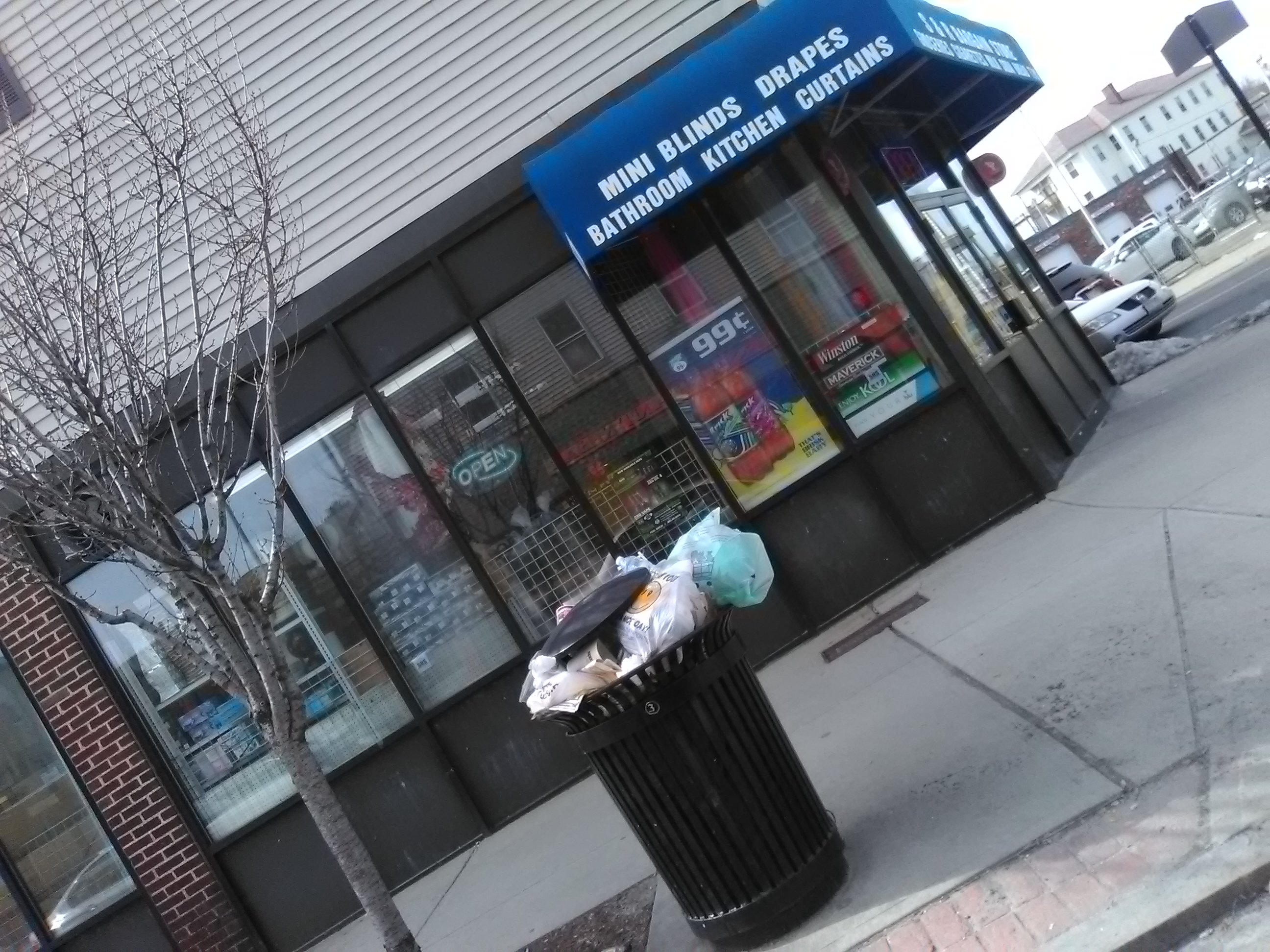 Welcome to the Canal District. 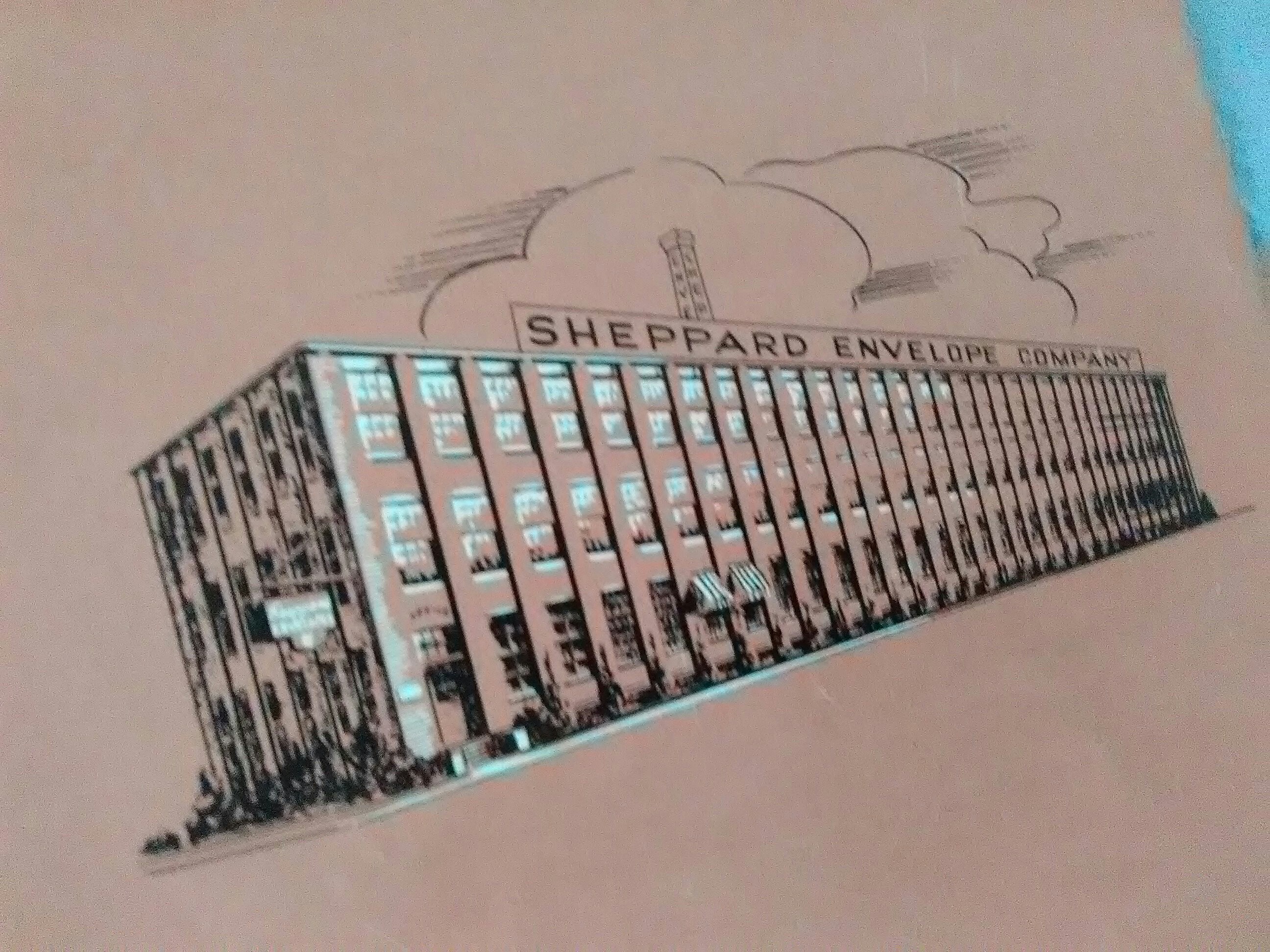 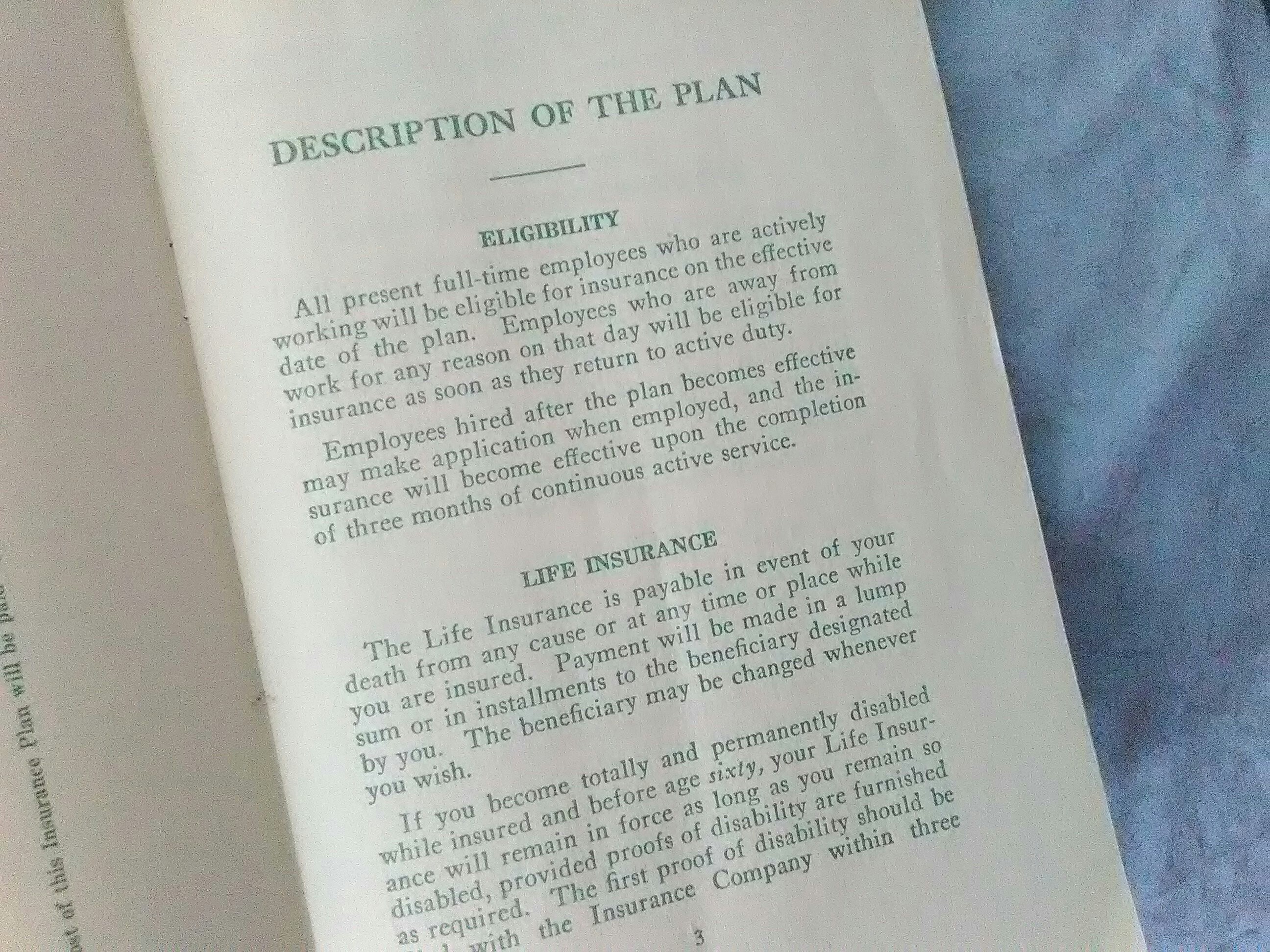 Worcester – home to huge swaths of poor people (one in four of our children is labeled food-insecure,
govt-speak for hungry, malnourished!), forever on the outs.

Neighborhoods without the buzzing kids and their worker bee parents embarking on the American Dream.

We see the lack of civil respect that comes with living OUTSIDE society: for people (scrawny/obese, violent, under educated), places (garbage-infested dumps), things (guns). 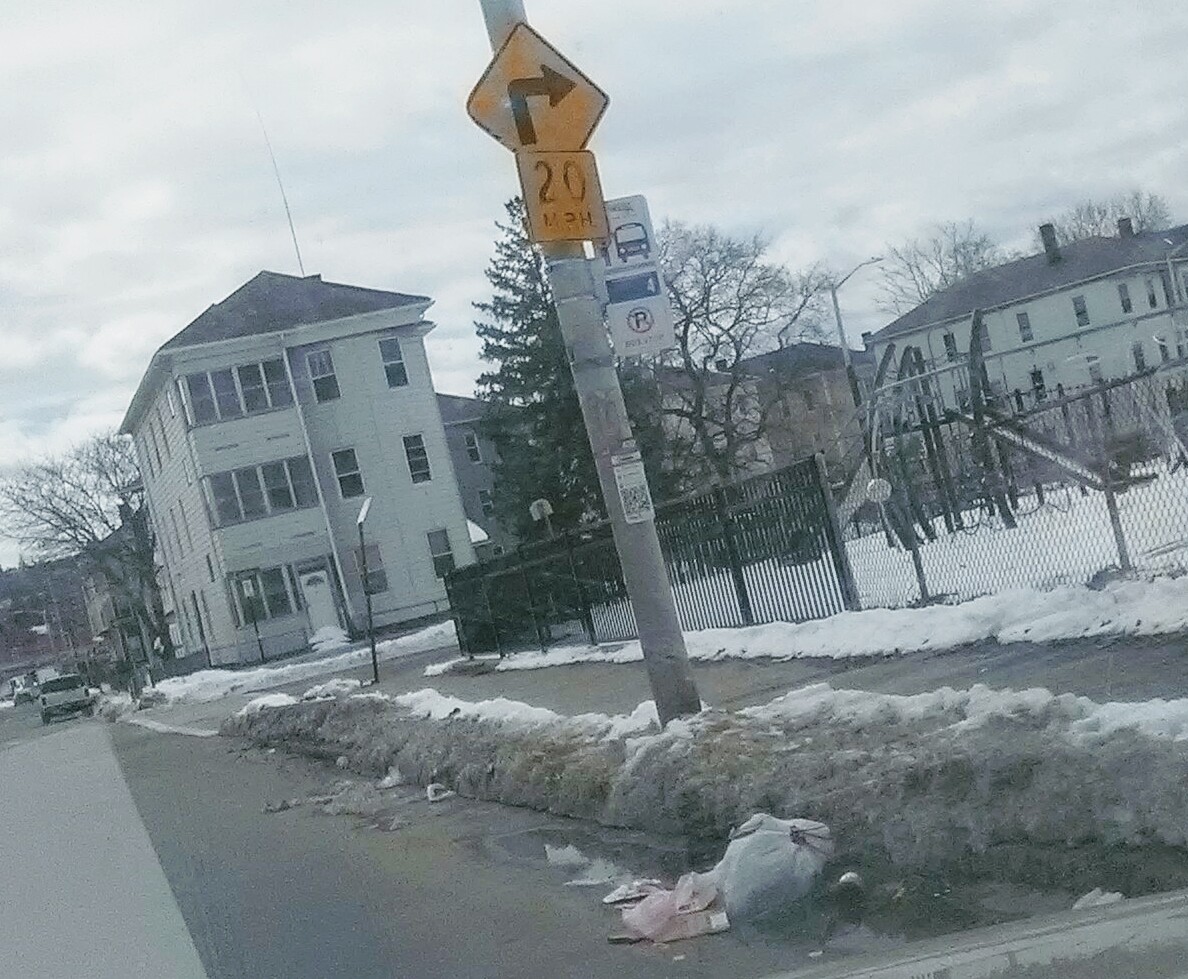 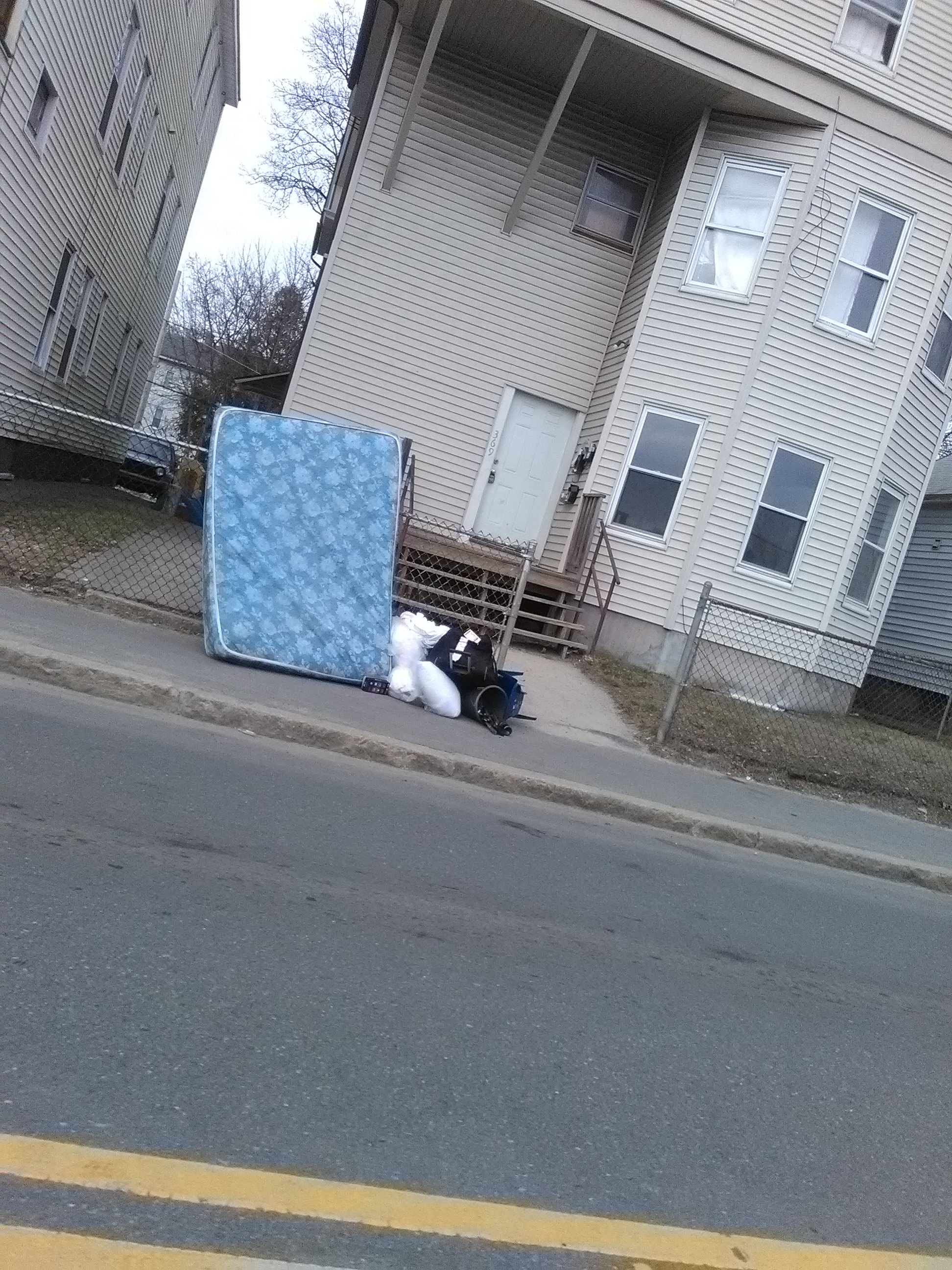 … but still a symptom of our deep urban dysfunction.

The death of my people. The death of a way of life I knew and loved as a kid growing up in Green Island. 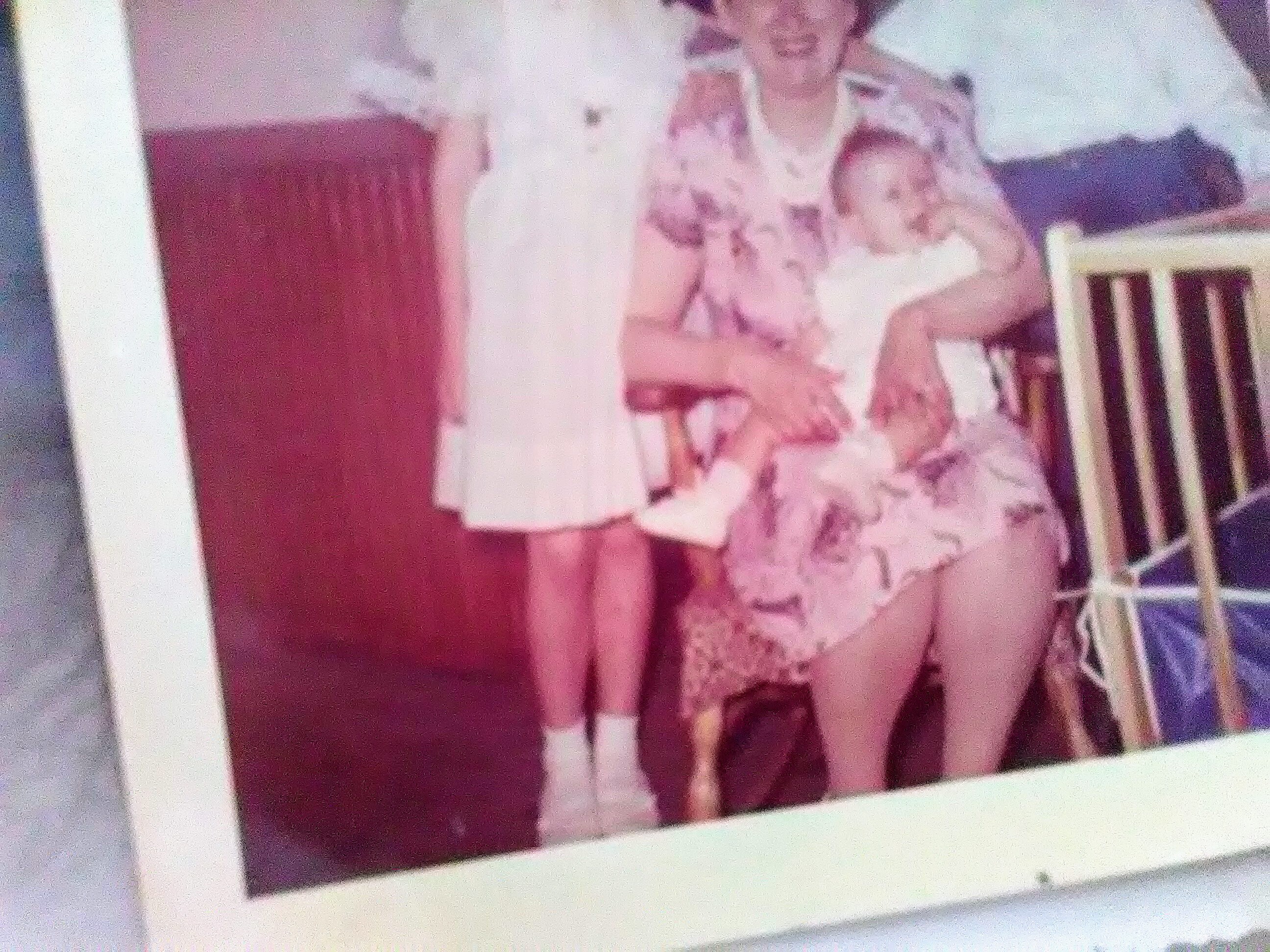 Baby Rose being held by her fave aunt in her family’s Green Island tenement. 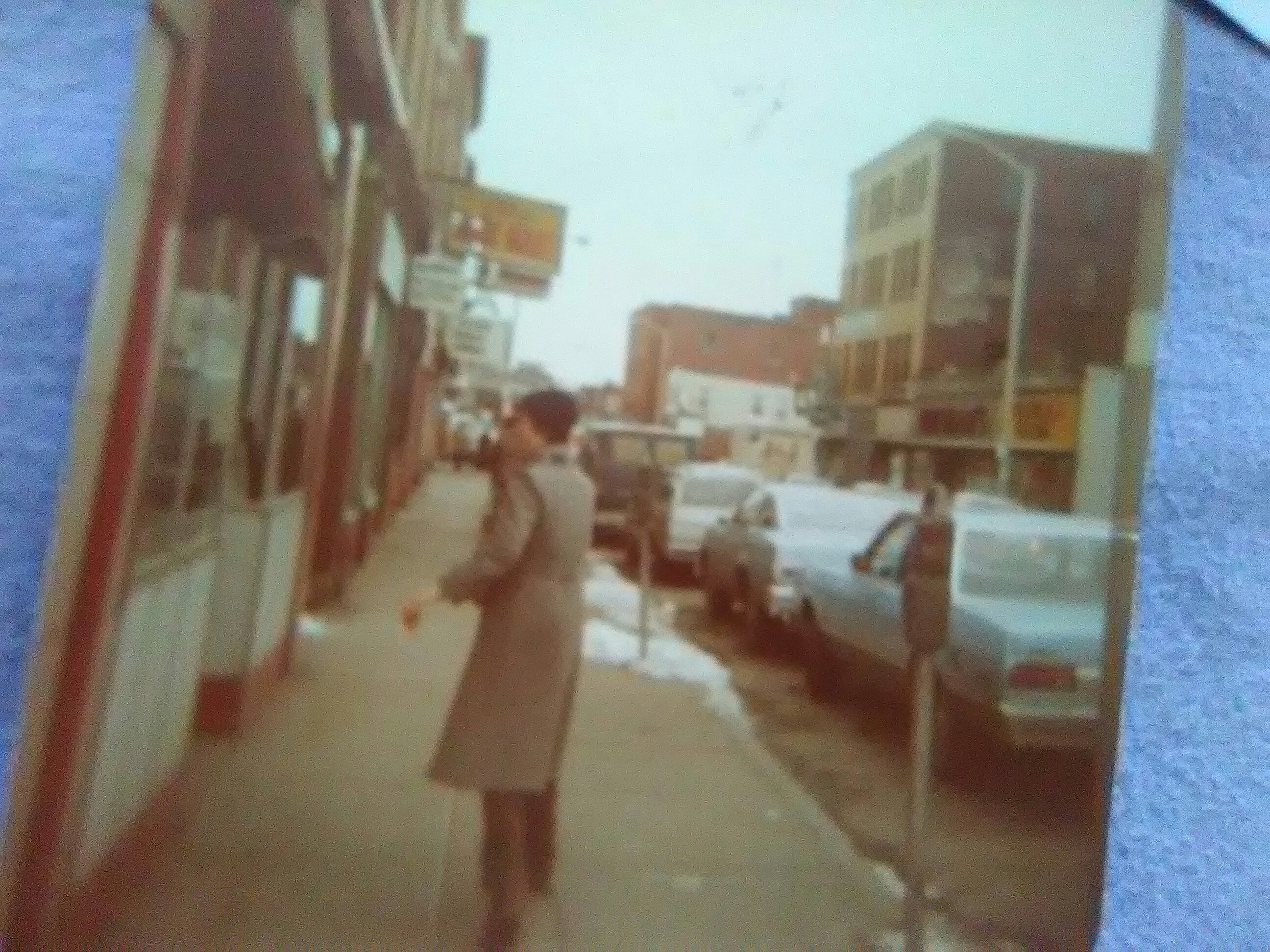 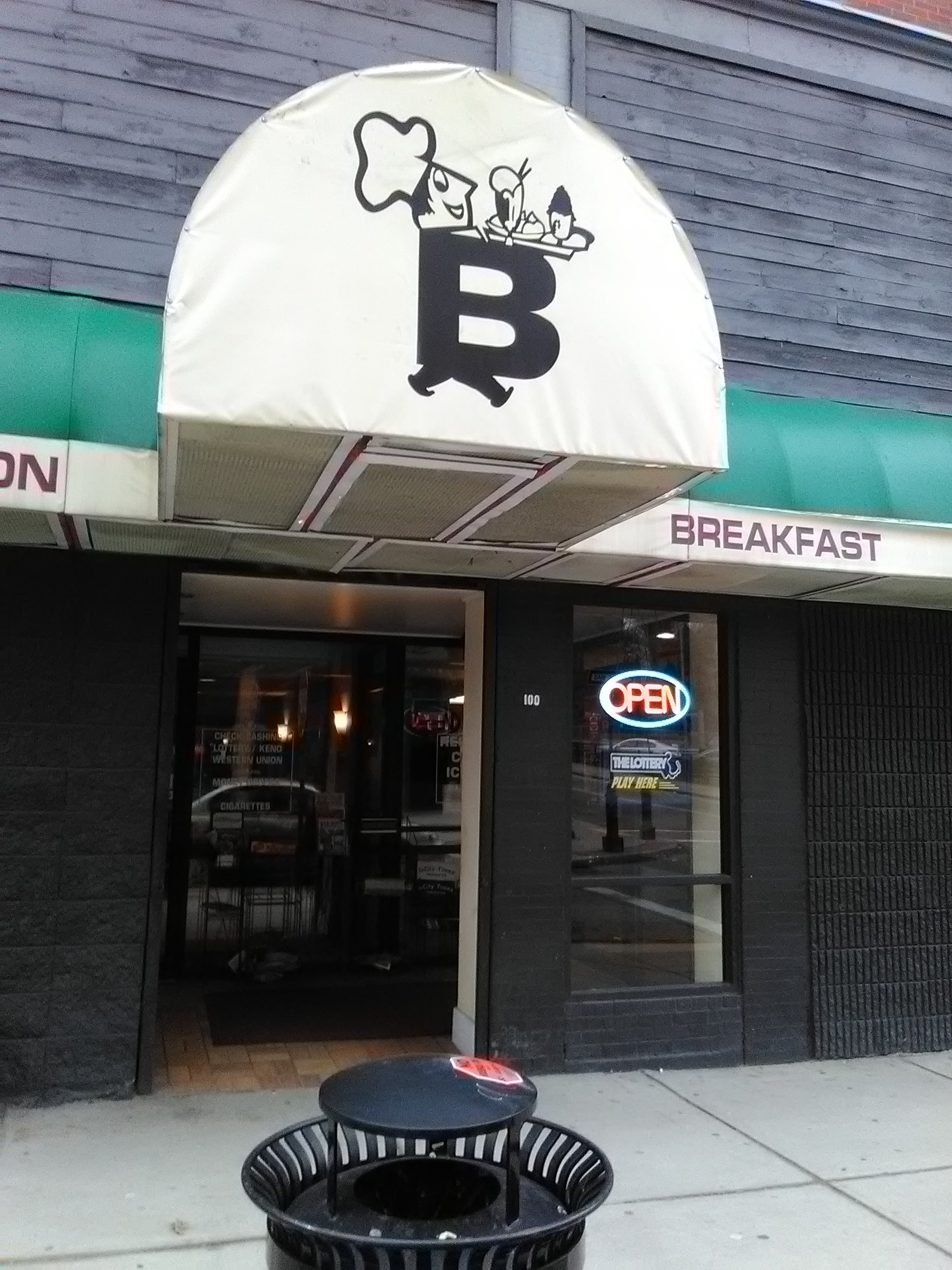 A way of being American. A good civic and life path that was open to all Worcesterites. Worcester, like all Gateway Cities, celebrated at every turn: in her scores and scores of factories, our very solid public schools, our oppressive yet beautiful and spiritual Catholic churches… 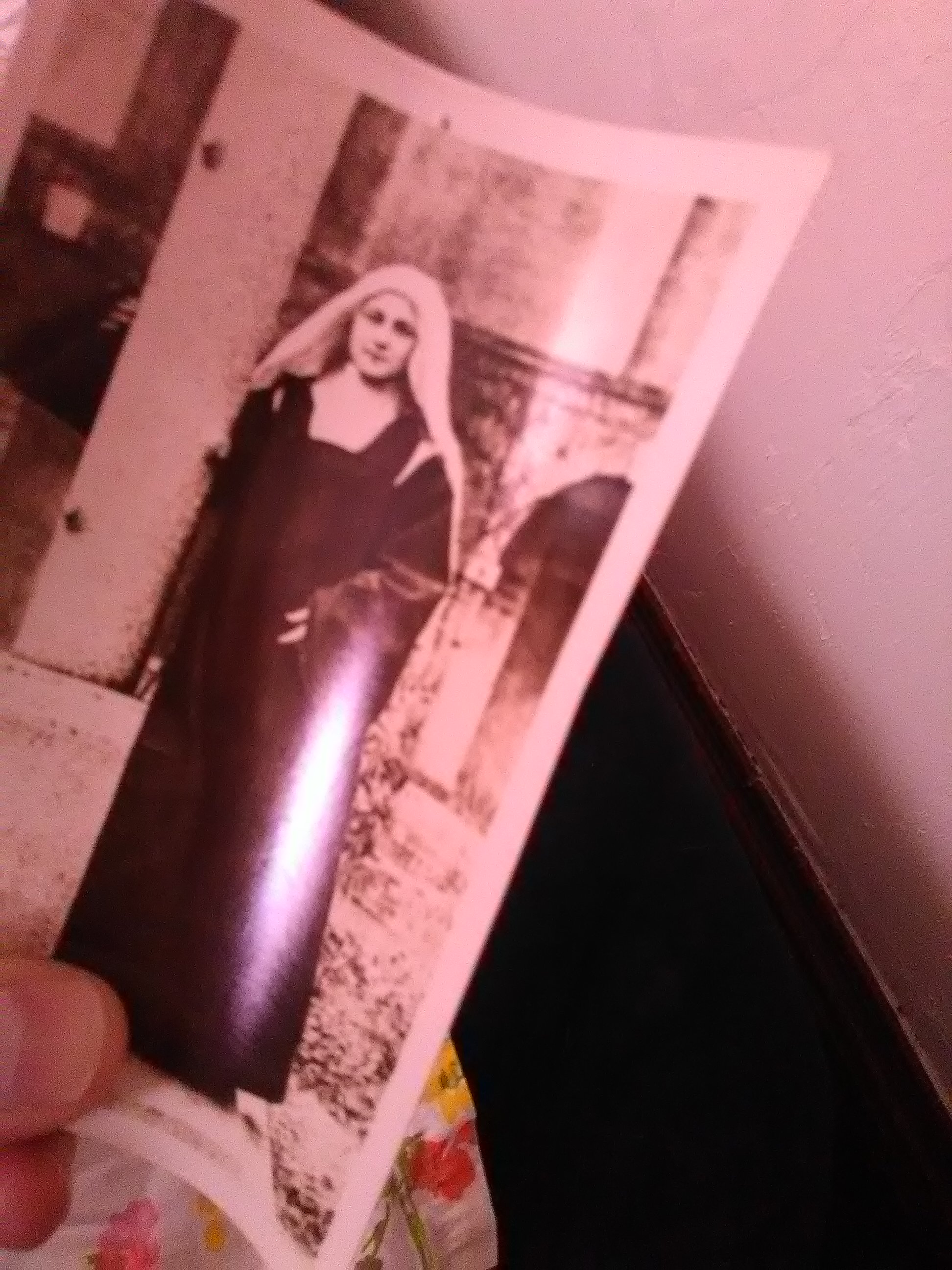 I never saw garbage overflowing in our city streets as a little kid growing up in Green Island! 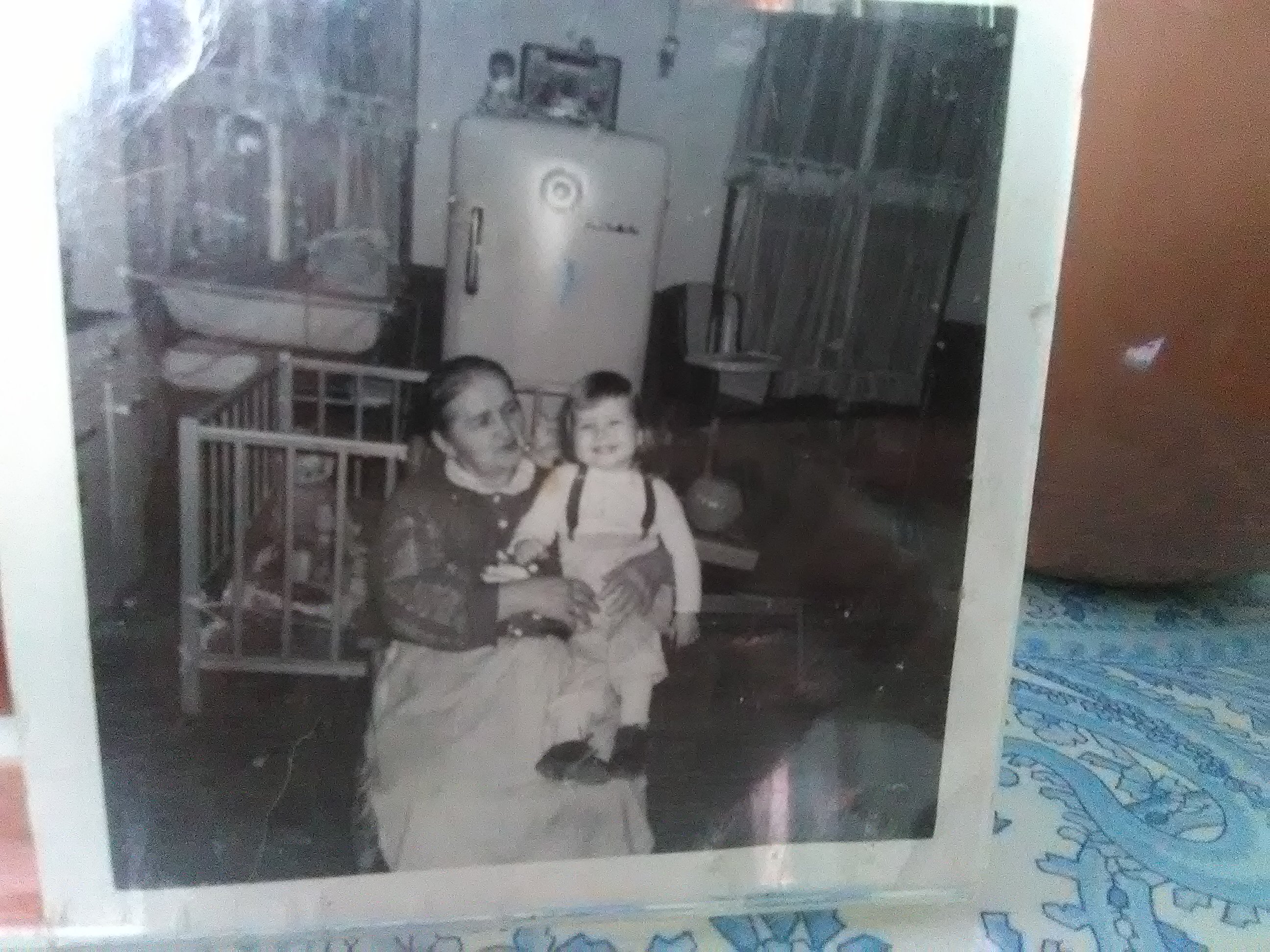 Rose, a babe, and her Polish immigrant grandmother, “Bapy,” in their Lafayette Street flat.

And we were all poor!

Of course, our newly developing Downtown is now home to hundreds of high priced “luxury apartments” designed to keep out the poor locals. Woo City Manager Ed Augustus is pinning our Center City dreams on outsiders – not the locals from the once blue collar neighborhoods that made our downtown, in its heyday, sparkle and hum! Today new folks, well off people, will treat our downtown as their personal playground – their dining and entertainment hub. Our Downtown!! Once home to the most mundane offices and businesses that served Worcester’s sturdy hoi polloi! Poof! Gone! Along with the beautiful Notre Dame church – another symbol of the changes.

So, obviously, I feel a bit cut off. So do my neighbors. The new Worcester doesn’t speak to us, for us. I’ll never be able to afford dinner at Dead Horse. I’ll never hang in the cool apartments. Along with thousands and thousands of other poorer Woo folks.

Our holy factories are gone. 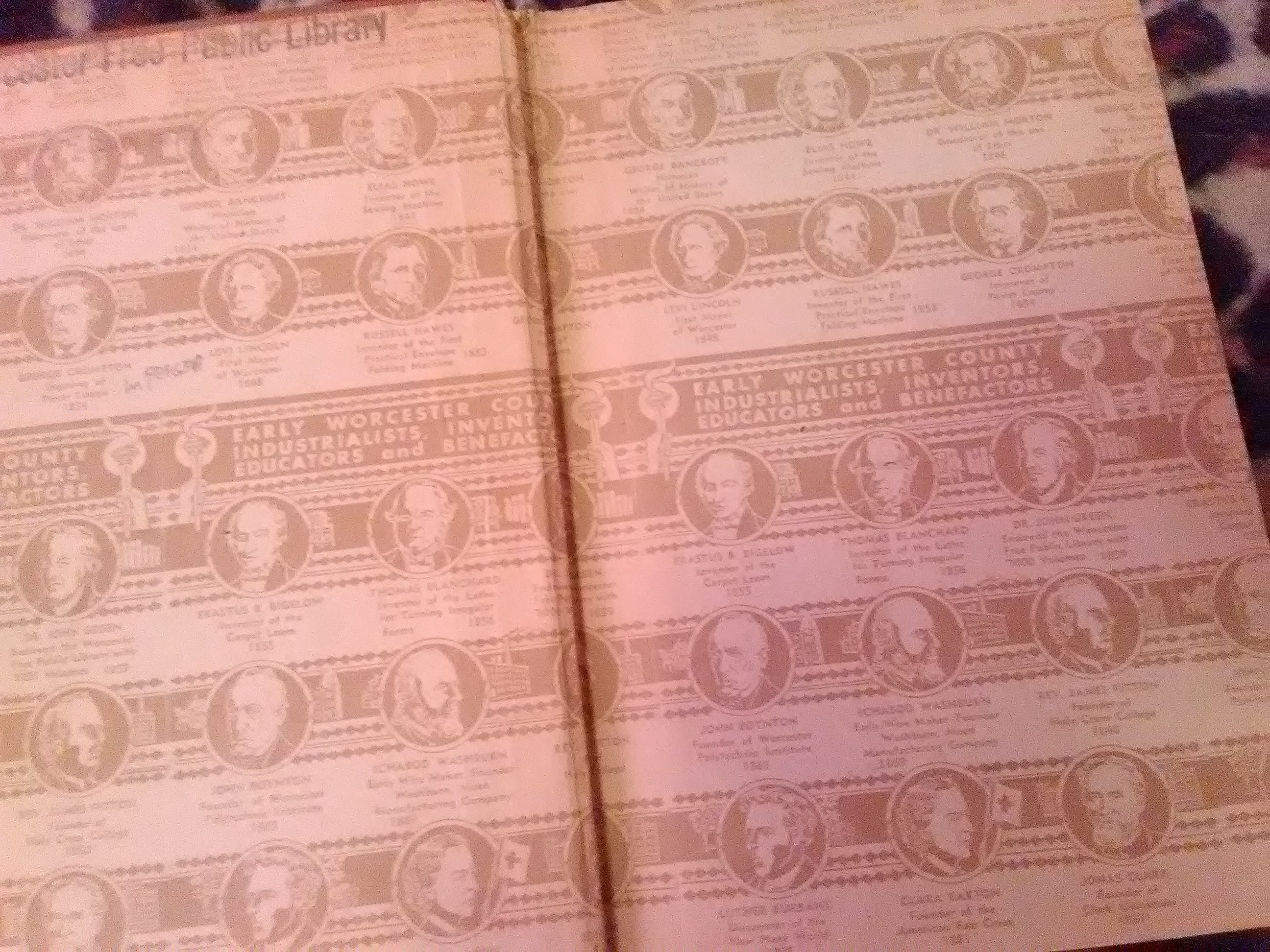 One of Rose’s old Lamartine Street School books – its inside touting Worcester’s industrialists!

Our economy is half-decimated – if you’re without schooling, an immigrant, or just wanna work with your hands… you’re screwed!

So what happens to half our population? The half that is under-paid, under-educated, poorly housed and clothed?

What happens to a dream deferred?

Kudos to State Senator Danny Donahue for proposing legislation that will raise the state minimum wage to $15 an hour!

A big hooray for District 2 City Councilor Candy Mero Carlson for pushing the City of Worcester to pay each and every one of its workers at least $15 an hour!

FREE COMMUNITY COLLEGE FOR ALL OUR POOR AND LOWER MIDDLE CLASS KIDS! So they can grab hold of that gold ring, too!!

A REAL FOOD HUB for Worcester shoppers who aren’t middle class! Our people – children! – are hungry!

The city’s got to save HALF THE CITY!

My half. The half slipping away each and every day …