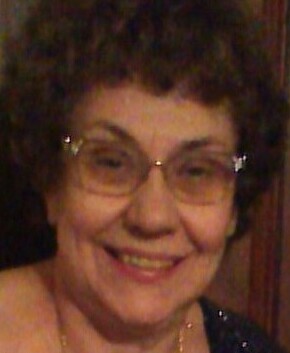 the relocation and expansion of the existing parking lot 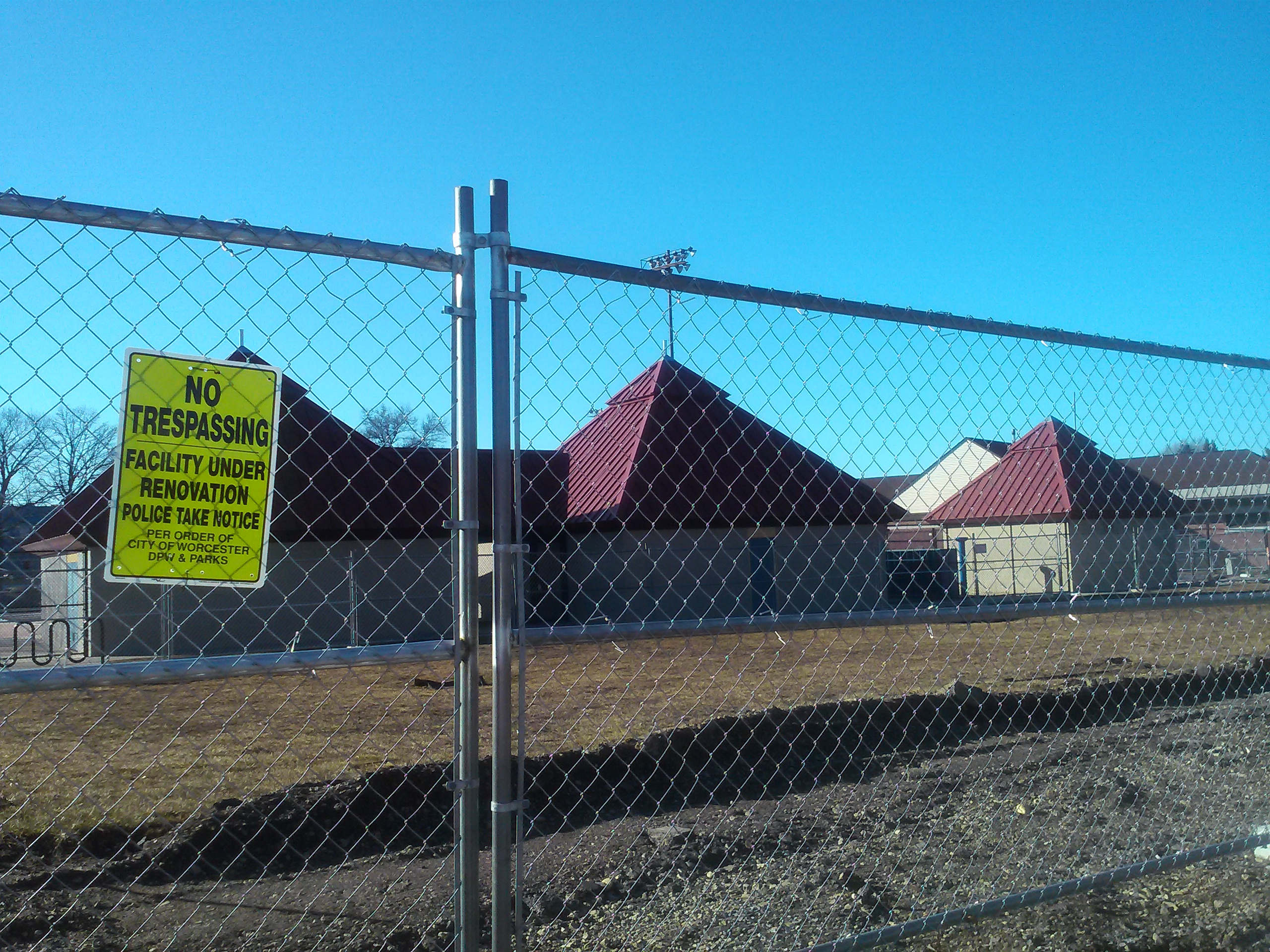 the relocation of the two existing tennis courts 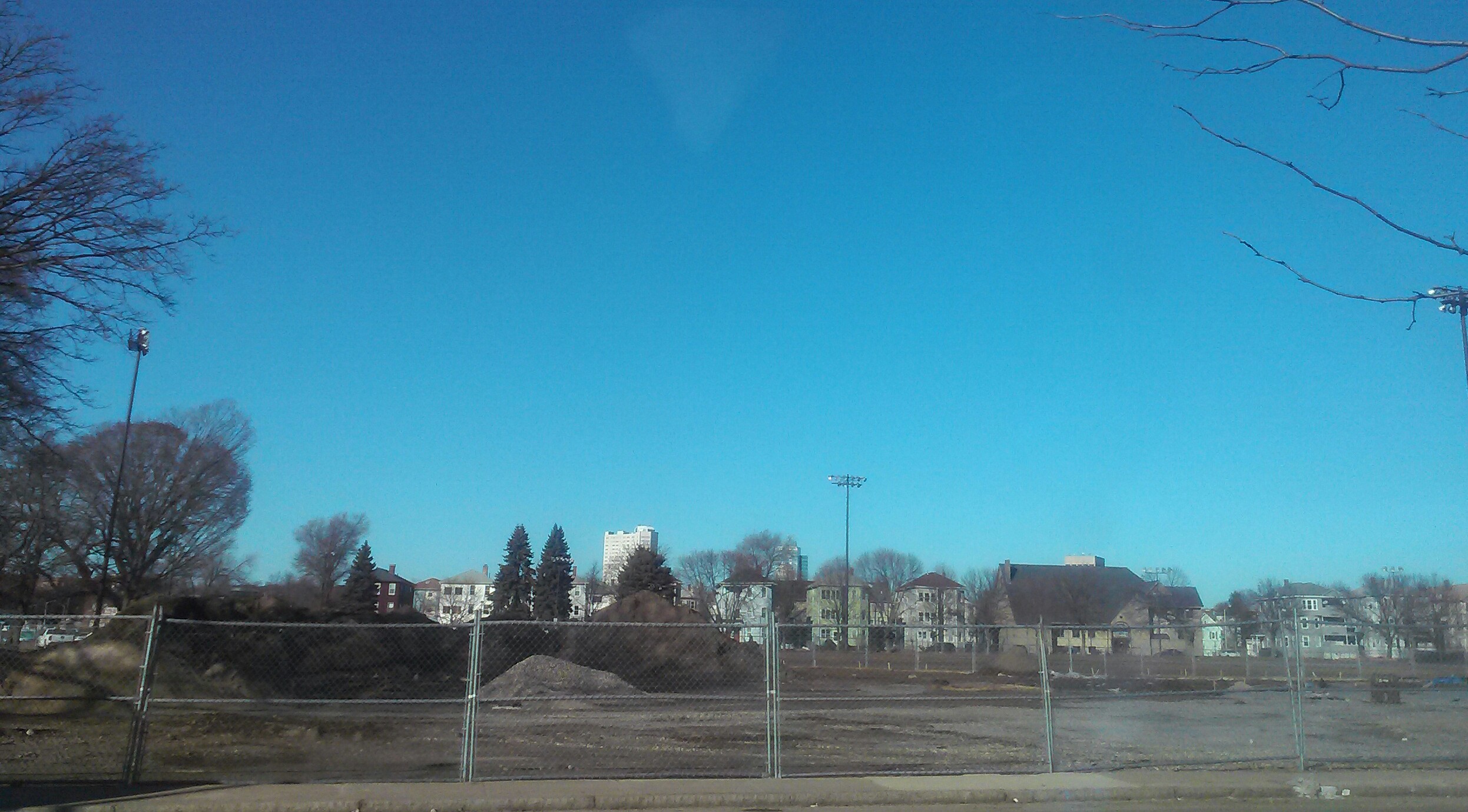 and the addition of two new handball courts. 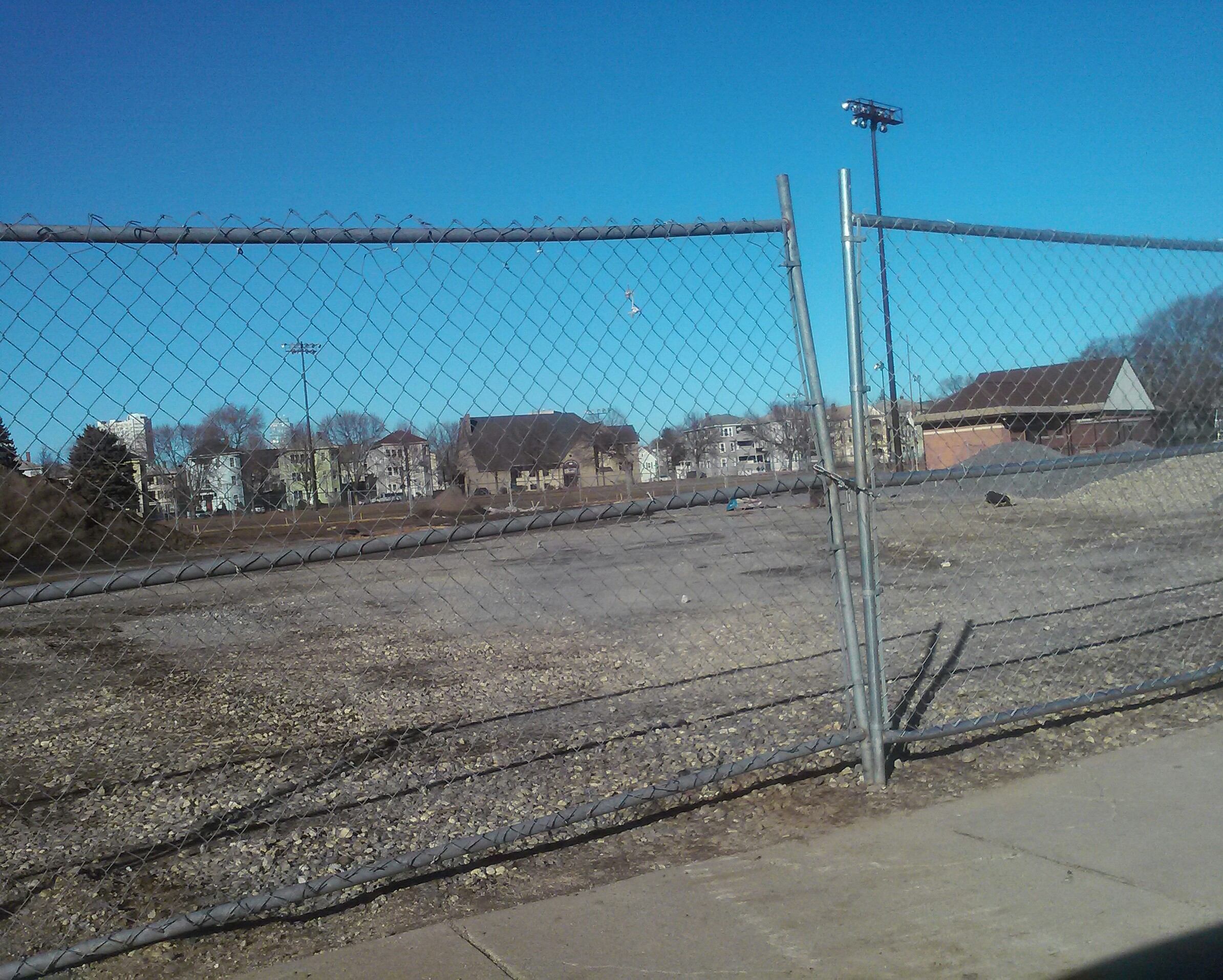 This project will cost $1,020,000 and is made possible with City Tax Levy Capital, Community Development Block Grant money and State “PARC” – Parkland Acquisitions and Renovation for Communities Grant funding.

State Representative Dan Donahue (D) 16th Worcester District said recently that he was “happy to work with the City to obtain a PARC Grant to help with the renovations on the Canton Street side of Crompton Park.”

The existing parking lot will be relocated to the west side of the Pool Complex.

The present parking lot will be renovated to a lawn area and decrease the potential of  vehicular and pedestrian conflict as people access the playground.  Rochelle Appiah, Site Manager of the Green Island Neighborhood Center, is looking “forward to the new parking lot here at Crompton  Park.  It will be much safer for the children.”

IThe sports court will be constructed with the concrete bases installed for future sports lighting; new lighting fixtures are included for the relocated parking lot. Assistant Commissioner Antonelli  also  points out that “the area between Community building [Green Island Neighborhood Center] and the pool complex will be renovated as a pedestrian friendly paved plaza but will provide accommodations for the Ronald McDonald Care Mobile.  The parking lot and the plaza will be constructed of porous pavement and pavers.  The work is scheduled to be competed by June 1 so as not to interfere with the pool schedule, the Tenacity program and the operations of the Green Island Neighborhood Center. 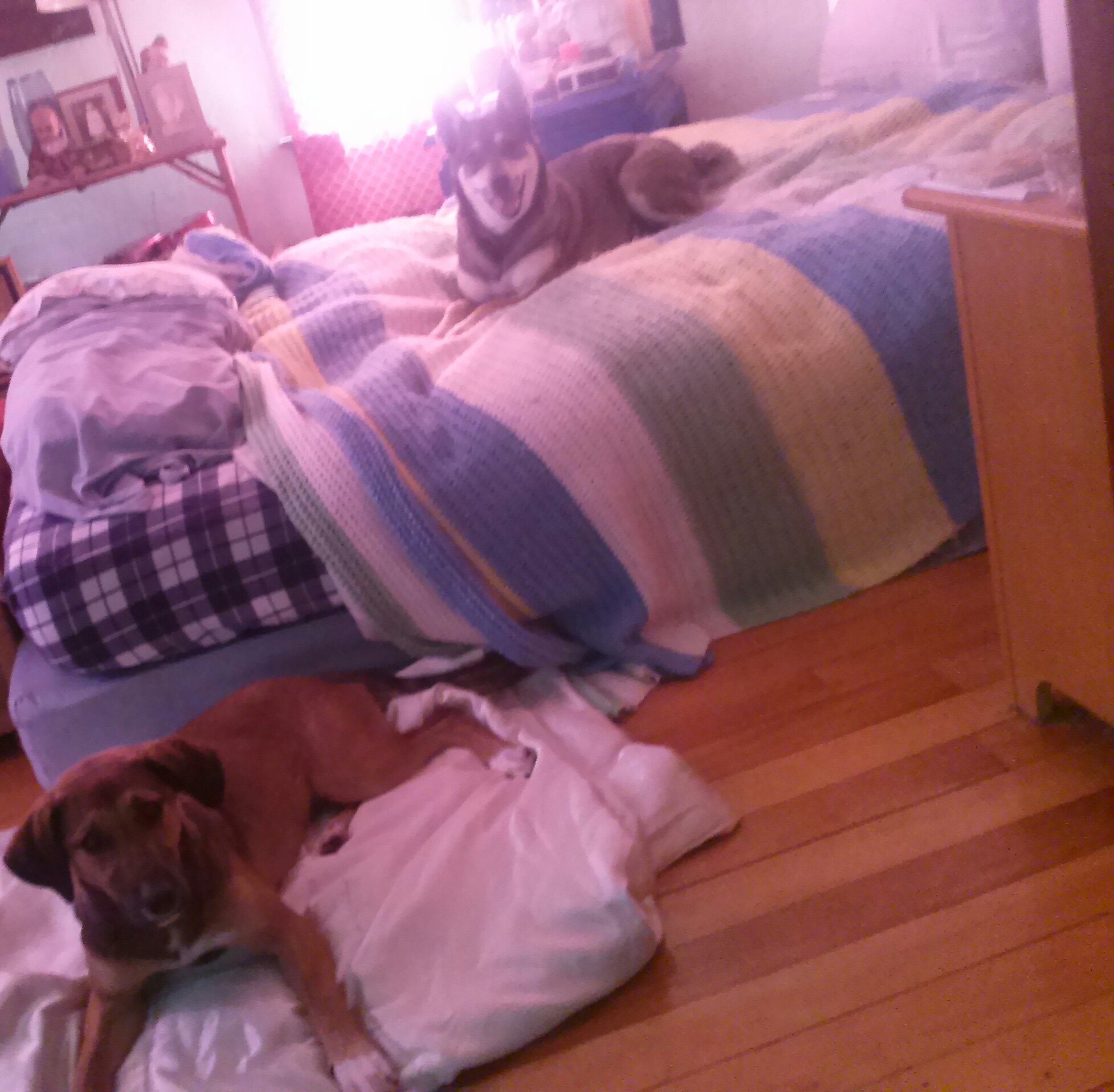 Pick up a copy of InCity Times and you’ll see Editor/Publisher Rosalie Tirella’s column Green Island Grrrl.  Rosalie is referring to the neighborhood where she grew up – where she had happy days with her hardworking Mom, her younger twin sisters and her feisty “Bapy.”

Have you ever wondered why this area roughly between Millbury Street and Quinsigamond Avenue and Kelley Square and Brosnihan Square is known as the “Island”?  Perhaps you thought it was because the area gets flooded every so often when there is a heavy rain.  Or maybe you thought it had something to do with the former Kelley Square Yacht Club or the Ship Room on the first floor of the Hotel Vernon?  A yacht club needs boats and boats need water so where is the water?

It was there many years ago when Worcester was young – even before Worcester became a city in 1848.  Just north of the present day Kelley Square was a pond.  Water was fed into this pond by the Mill Brook that crossed Worcester from north to south.  When the brook’s waters, fed by other dams and streams, reached this pond, which was known as the Mill Pond, the brook had already begun to swell.  After it finally left the pond, it separated and formed two branches.  One branch followed along the path of what became Harding Street.  The other branch crossed the land we now know as the Gulf Station and Dunkin’ Donuts.  Older Island residents remember it as the site of St. Anthony’s Church housed in the former Fox Mill.  The branch headed towards the present Wyman – Gordon land, curved around the former Gas Works, now the site of the future WRTA Maintenance Garage and headed toward the present day Brosnihan Square.  The two branches of Mill Brook joined here and the land in between became a real “island.”  So as you can see, this section of Worcester, Massachusetts had acquired its name long before it became a neighborhood.

The town of Worcester was getting tired of being in Boston’s shadow.  It was time to build a Providence to Worcester canal that would be very profitable to merchants and would double the value of property along the way.  Irish –born contractor Tobias Boland knew what impact the building of a canal would have on Worcester so he jumped at the chance to buy some swamp land.  Boland’s newly acquired property was located in the area between the present day Franklin Street and Kelley Square.  On July 4, 1826, Boland welcomed the first group of his fellow Irishmen hired to work on the canal in Worcester.  Four days later ground was broken on Thomas Street.  Not only would these men build a canal that would connect Worcester with Providence, they would lay the foundation for something more lasting.  They would start a neighborhood.

The Blackstone Canal was finished in1828.  It drained the area previously purchased by Toby Boland and he was able to build six or eight tenement houses there.  A few years later, Tobias Boland became the superintendent of the project to build Christ Church on Temple Street.  By 1845, the parish had grown to over 2,000 people.  A larger church was needed and it was completed and dedicated in June of 1846.  This church was named St. John’s.  It is the Mother Church of the Worcester Diocese and continues to serve the faithful as well as those in need at its Temple Street location and at its St. John’s Parish/ Ascension Campus on 44 Vernon Street.

The swamp land south of Kelley Square, formerly called Vernon Square, was drained by the canal and by the 1850’s many streets were laid out.  The “Island” was established as a neighborhood and continued to grow with the influx of immigrants from many European countries.

Now you may ask “The Island is a neighborhood but when did it become “Green Island”?

It was 1964 and the Office of Economic Opportunity was created when the government declared “War on Poverty.”  Lyndon B. Johnson succeeded John Fitzgerald Kennedy as President.  Focus was put on “maximum feasible participation of the poor.”  Right Rev. Timothy J. Harrington who would later become third Bishop of Worcester, unveiled his plan for “ten strategically-placed neighborhood centers.”  The proposal was fine tuned to include 10 centers and a quasi- public agency now known as the Worcester Community Action Council.  Catholic Charities had the option of becoming the “delegate agency’ of one of the centers.  Fr. Edmond Tinsley and Father Leo Battista, then both Assistants at Catholic Charities, wrote a grant and went to Washington.  In the early summer of 1965 a federal grant of $122,433 was received.

Since Catholic Charities was located at 26 Vernon Street, an “Island “district site was chosen.  The Center’s first home was the second floor of St. Anthony’s Church at Kelley Square.  The “Island” would be the “heart” of the service area and Kelley Square looked toward Green Street another part of the proposed service area and “Green” was added to “Island.”  Bishop Harrington credited Msgr. Edmond Tinsley with combining the two areas and coming up with the name.  On July 3, 1965, the operation began with a Child Development Summer program.  More and more people became interested, and on September 16, 1965 “Green Island Neighborhood Opportunity Center” was born.  The Center has been located in beautiful Crompton Park since September 27, 1984.

Whether you refer to it as the “Island or “Green Island” the area has the true distinction of being “The Island that became a Neighborhood.”