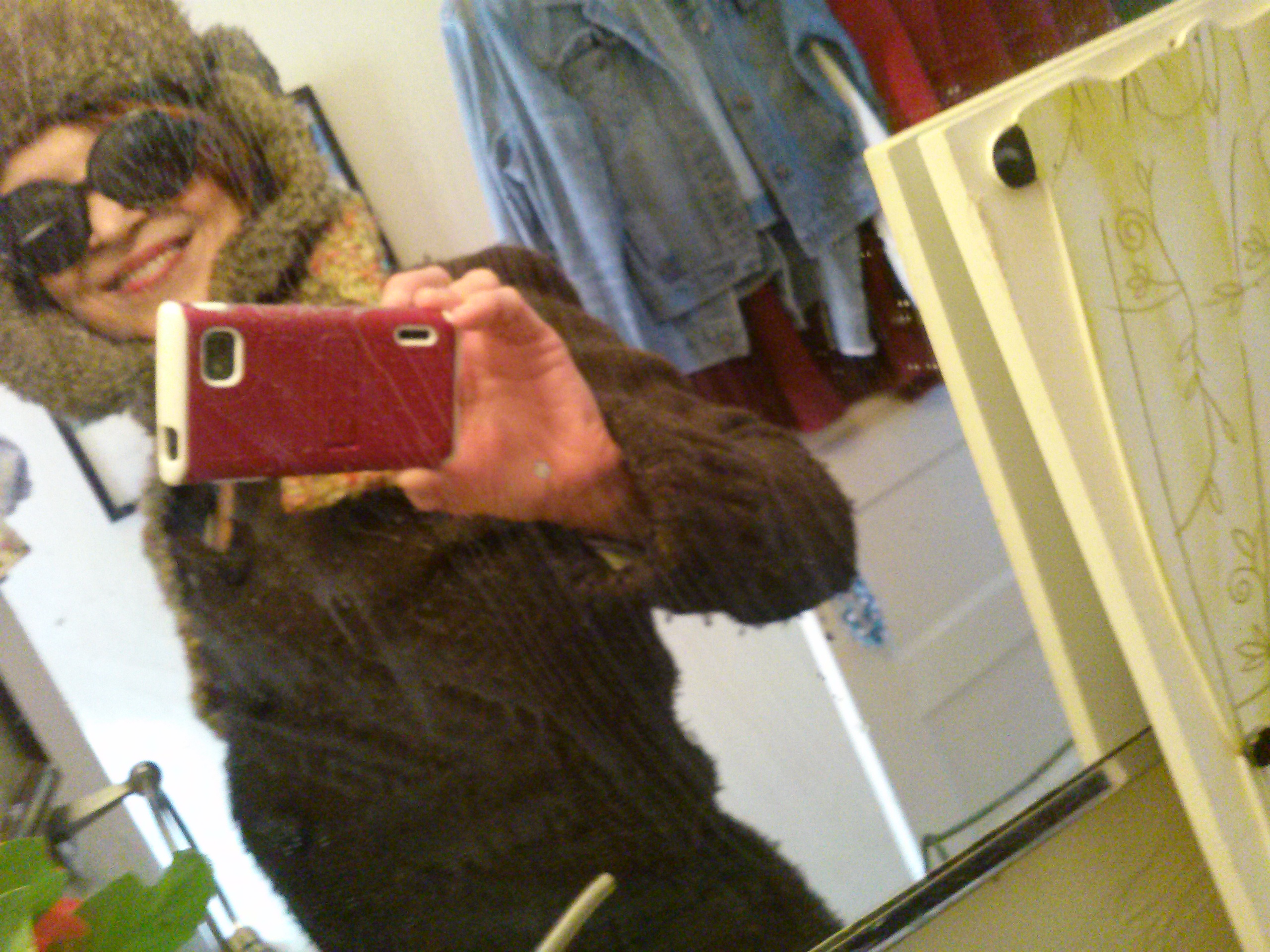 Jan’s Kitchen at 580 West Boylston St! So I put my goofy hat on and headed out the door with the mighty Jett. Bob, Amanda, Patty and crew fill Jan’s with happy times and serve generous breakfasts!  But I was late – they’re open 6 a.m. to 2 p.m. – so I snapped this pic instead! 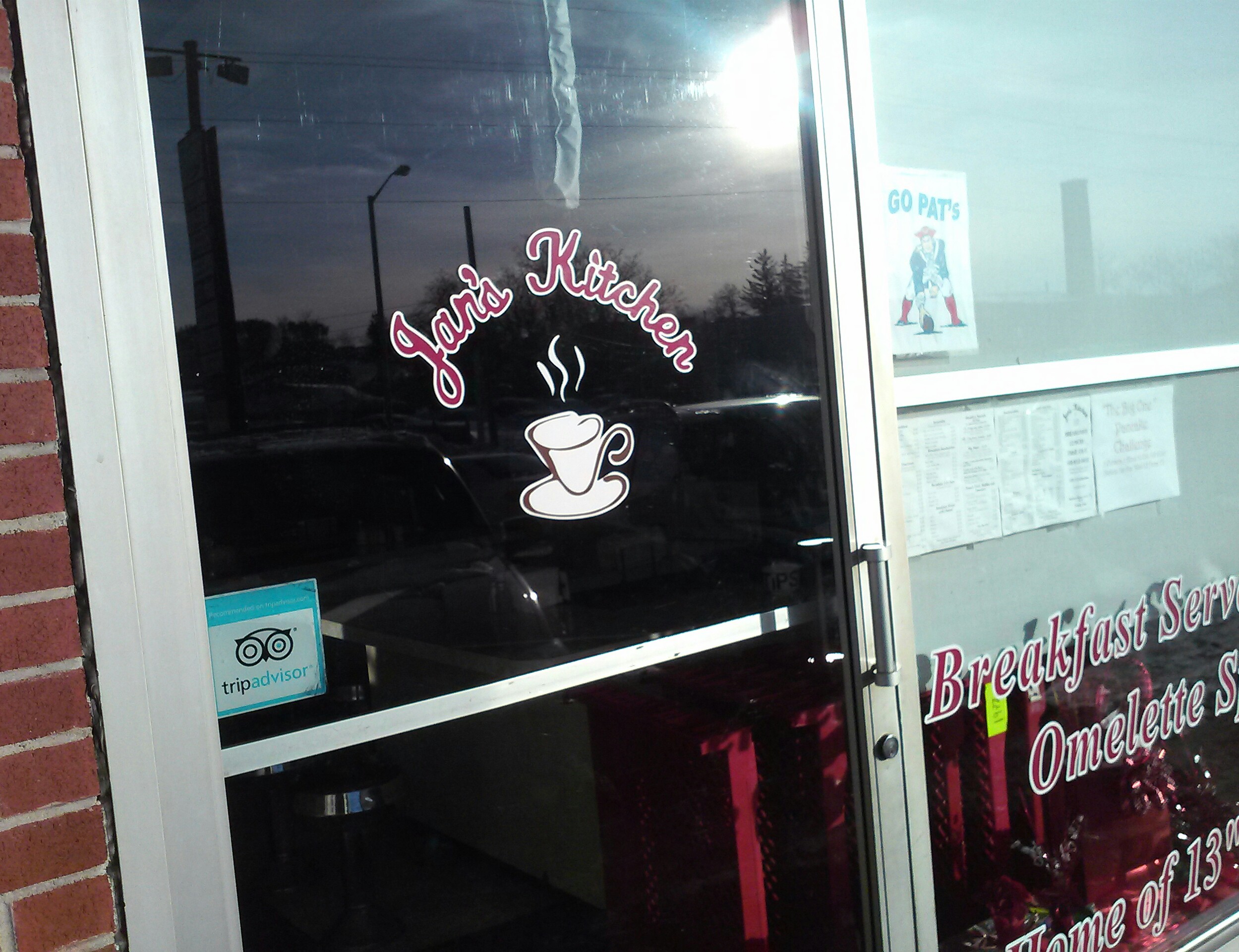 Try Jan’s Biggest-Pancake-in-Worcester! Possibly the world! This griddle-cake has girth, boys and girls! It measures 13 inches across! Try Jan’s lunch specials, too! Everything at Jan’s is home-made right on the spot for you!

TAKE $1 OFF your OMELETTE.

Enjoy a BOTTOMLESS cup of great coffee, too!

So there I was in the Greendale Branch Library on West Boylston Street, checking out some DVDs when I witnessed this little incident to the right of me:

An African American girl – probably about 11 or 12 – was checking out some books. She stood straight and tall and proud. She was taking out – at least she was planning on taking out – a bunch of books. Great, I thought! I love it when our students read! She had a couple of “Diaries of a Wimpy Kid” and so much more – just like I used to check out when I was a kid. As she pushed the books to the WPL librarian – a doughy faced woman in her early 20s – I heard this from her, a City of Worcester employee:

You can’t take these books out unless you pay down your fine.

The librarian asked the girl: Do you have ten cents? You can take out the books if you have 10 cents.

The girl seemed uncomfortable – just stood there -and then shook her head “no.”

The girl was silent and shook her head.

I wanted to jump over the check-out desk and strangle the woman.

I decided to butt in (of course). So after my stuff was checked out, I went after the girl and said: I think I can help you. But she said no – she had gotten her brother’s library card and was going to use it to check out her books. Which she did. And then she quickly left the building.

Worcester at its smallest.

Worcester at its cheapest.

Public servants at their most obtuse and insensitive.

What must that young girl have felt being grilled like that? Is this the way City Manager Mike O’Brien wants our run? (probably not)

Maryann, the former Greendale head librarian, was a gem. Friendly and fun, always ready to chat, she made Greendale a destination spot. If this had happened to Maryann, she would have gone to her purse, taken out the dime and stuck it in the cash register drawer. Problem solved – young reader helped.

Not these clowns – the dourest bunch of librarians I have ever met. They have the personalities of Worcester’s biggest pot holes! All of them! Quiet, unfriendly, even a little creepy. The male librarian – a sack of nails, if ever there was one – checked me out and didn’t even hand me a check-out slip. I’m heading to my car when I notice I don’t have a slip. I go back to him and he says: I put it on your DVDs. Yes, fathead, why go out of your way and hand something – with my full name on it! – to me? Why use the personal touch? I mean there was no one in line – no one at the check out desk but me and the girl. So why make an effort to be a courteous homo sapien? Why not just be a sack of nails on the taxpayers’ dime?

I asked for another slip, the male librarian printed another one out and out I went, thinking: Shame on all of you.