· Remembering the victims of the Sandy Hook Elementary School Shooting

· Collecting real and replica guns, which are also used to commit crimes

For the fifteenth annual Goods For Guns Day, 16 cities and towns in Central Massachusetts have agreed to participate in this year’s program, December 10th from 9 – 3 PM.

Worcester Mayor Joseph M. Petty is once again calling on his fellow mayors to join him to make the anniversary of the Sandy Hook Elementary School shooting the date of a yearly, statewide gun buyback day.

“Today I am again asking my fellow mayors to work within their own cities, and with their District Attorney’s and healthcare providers, to join us and honor the victims of the Sandy Hook Elementary School shooting by making our cities safer and healthier.” Mayor Petty said, “We remember the victims of the Newtown shooting by dedicating this program every year in their memory.”

“Thirty-three thousand lives were lost to gun violence last year, but the vast majority of those deaths, around twenty-two thousand, are suicides” said Mayor Petty. “This is not just about getting guns off the streets; it’s about making sure that if you have a gun in your home, that it’s secured. It’s about safer streets and healthier homes and making sure the violence we saw in Newtown never happens here.”

Dr. Michael Hirsh is the medical director for Worcester’s Division of Public Health, as well as a pediatric trauma surgeon at the UMass Memorial Children’s Medical Center and longtime gun safety advocate.

“This program is an opportunity, for families with guns in their households, to either dispose of them or to get a trigger lock to secure them,” said Dr. Hirsh. “This will ultimately lower the number of suicides, lethal domestic violence events, accidental shootings, and burglarized firearms that end up in criminal hands.”

“Our goal is, and always has been, getting unwanted and unsecured guns out of the house,” Mr. Early said. “This has benefits on so many levels. Reducing accidents and tragedies in Worcester County benefits us all.”

“As the Level One Trauma center for central Massachusetts, our caregivers are all too familiar with what can happen when there is an unsecured firearm in the home,” said Eric Dickson, MD, president and CEO, UMass Memorial Health Care and an emergency department physician. “This buyback program has undoubtedly saved lives in our region and is a powerful instrument for educating the community on the importance of responsible gun ownership.”

“Unsecured weapons are a risk both to public health and public safety. Most gun crimes are committed using illegally-obtained firearms, which makes it an urgent priority to get any unsecured guns out of our homes before they fall into the wrong hands,” said City Manager Edward M. Augustus, Jr.” Worcester is proud to lead the way in this effort to make our communities safer.”

This year’s buy back added the cities of Fitchburg, Leominster and Dudley. Fitchburg Mayor Stephen L. DiNatale said, “The City of Fitchburg is proud to be participating in a regional effort to help community members place unwanted firearms in the hands of our local law enforcement. Similar to education, Goods for Guns is an excellent way to reduce the likelihood of theft, misuse, or accidents with improperly stored firearms.”

$75 semiautomatic weapon of any kind

Residents are instructed to contact their local police departments for local buyback hours.

Residents of ANY city or town may drop off their weapons anonymously at ANY PARTICIPATING police station, in exchange for gift cards. Gun owners are further welcomed to pick up a trigger lock free of charge from the police stations listed above. This year’s buyback will also be accepting realistic toy guns and replicas.

Since the inception of the Goods for Guns program in 2002, almost 3,000 guns have been returned to law enforcement officials in Central Massachusetts. Last year’s program took 340 weapons off the street and out of the home in just one day.

Worcester Community Connections Coalition’s Family Needs Committee
and the Spanish Parent Education Workshop
of YOU Inc.
Invite you to attend a discussion on … 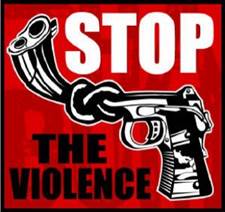 Provided by
Sargent Miguel Lopez of
The Worcester Police Department

A Forum for Worcester Parents

Dinner and Supervision for Children will be provided.

In addition to the four liaisons currently servicing the schools, three additional Worcester Police Department officers will enhance support and coverage to all eleven [City of Worcester] secondary schools for the upcoming school year.

“We have always been proactive about the safety of our students and that is why, working with Dr. Boone and Manager Augustus, we will be increasing the number of school resource officers,” said Mayor Petty.  “These highly trained officers will foster relationships with students and faculty, continuing to ensure an environment where teachers can teach and students can learn.”

Two additional full-time police officers will be assigned to the remaining two grades 7- through 12 schools and the city’s four middle schools.

“The safety and well being of WPS students has always been my number one priority every day, and this year is no exception.  These resource officers will be extremely well trained to provide collaboration and support to our school administrative teams so our students can focus on learning,” said Superintendent Melinda Boone.  “We welcome continued partnership with the Worcester Police Department to use a school-based safety model that is used by many districts throughout the country.”

The Worcester Public Schools will continue to reimburse the City of Worcester for the shared cost of four school resource officers.

The WPD will shift resources to place the additional police officers in the schools, ensuring no additional dollars are taken out of the classroom.

“The safety of our schools is paramount, and the city is happy to step up to do our part to ensure it,” said City Manager Augustus. “By providing additional officers, we will not only benefit from a day-to-day security presence in our schools, but will help the police build relationships with kids that will be beneficial in a number of ways.”

“The Worcester police department enthusiastically endorses the decision to expand our community policing partnership with the Worcester Public Schools.  The school liaison officers are committed to building relationships based upon trust and respect with the school administrators, teachers, students, and parents.  We look forward to helping to provide a safe and secure environment for members of the public school community,” said Chief Gemme.