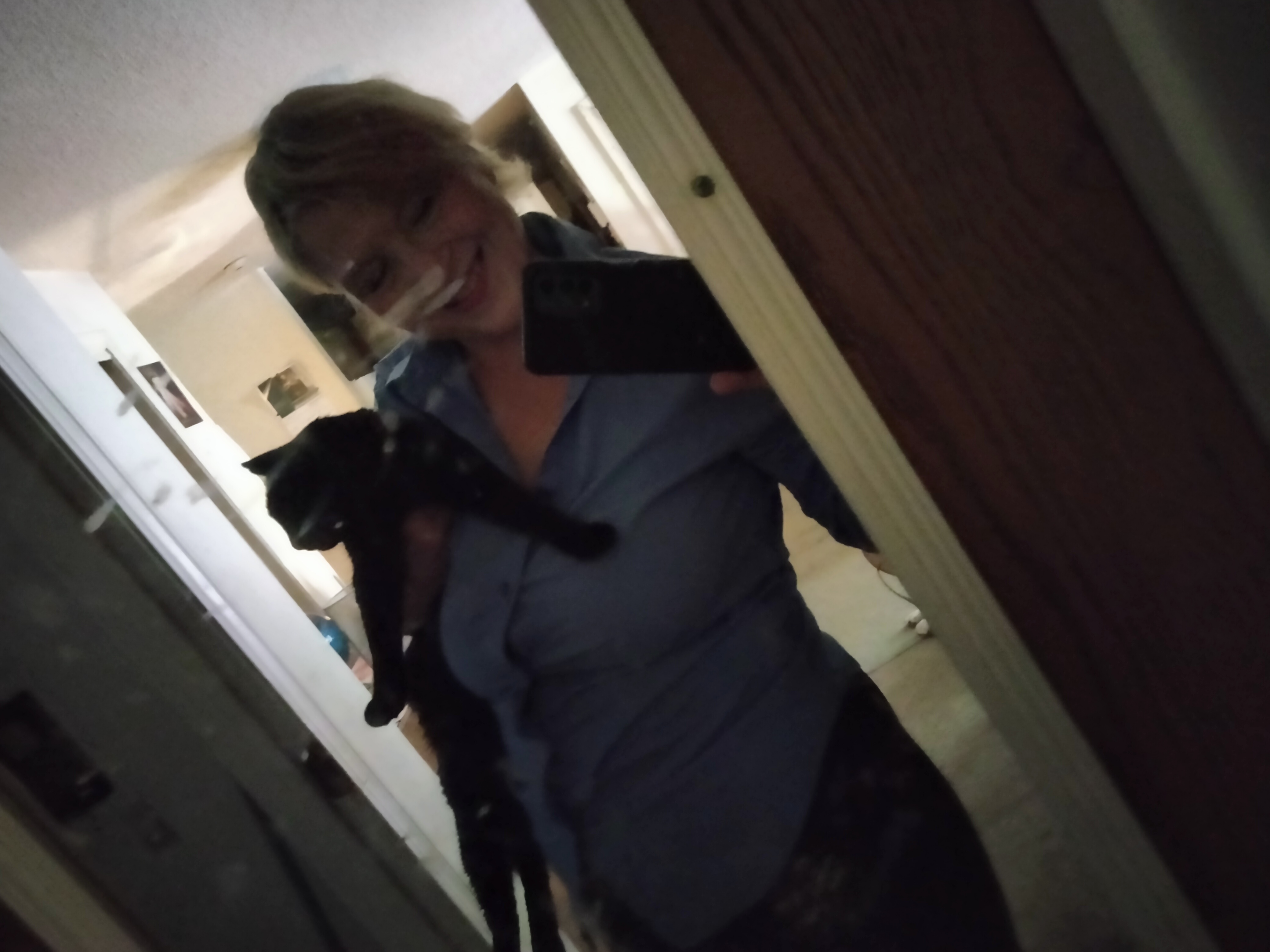 RIP Ronnie Spector! You died last week, but you’re eternally ours as the gritty street girl singing “Be My Baby” in the opening credits of the 1973 movie MEAN STREETS. You – you alone! – introduced the world to Italian-American director/visionary Martin Scorsese! You sang the theme inside the head of lead actor Harvery Keitel, playing Charlie the bill collector for a mafioso cousin: “Be my Baby”! … Who’s your Baby, Charlie? Jesus? The Catholic church? Girlfriend Teresa? Screwy and screwed up younger pal Johnny (Robert Deniro)? We mean: Who belongs to you and vice versa, Charlie?

Ronnie Spector’s voice and opening scene lay it all out. So many of the images are the foundation for all of Scorsese’s future work – themes of a lifetime. And they’re totally relatable to me and many Italian-American Baby Boomers, direct or once removed, descendants of Italian immigrants: photos taken with your parish priest outside your church after a baptism, the baby wrapped in a white baptismal gown that looks like a mini-wedding dress it is so ornate and taffeta-rich … the crucifix nailed to the bedroom wall, a few feet away from the head of the bed … outside your parents’ slum tenement walls: thugs, money, violence, sex, drugs, no way out except through education. Some neighborhood boys become priests … some boys become denizens of the mean streets outside their apartment windows.

Keitel, as Charlie, isn’t strong enough to be with the church, but he’s filled with a sh*tload of Catholic guilt over his sexuality and small-time thuggery. He and the never more young, gorgeous and charismatic Robert De Niro (Johnny) are confused, young Turks, enraged foreigners in a strange land once outside their claustrophobic yet definite home, Little Italy. But they love each other. They’re brothers. Charlie tries to look after loose cannon Johnny who owes everybody money, is wild with his gun and runs his mouth, pis*ing off powerful people with bigger guns AND money.

Charlie (Keitel) wakes up in the middle of the night. He’s in a cold sweat, eyes wide open. A nightmare. Ronnie Spector is singing…but the voice in his nightmare is Scorsese’s (playing God?). Scorsese says: You can’t be a good Catholic just by going to church. It’s in your family, friendships, community. “The rest is B.S.” God declares.

The truth had startled Charlie wide awake. He walks over to his bureau mirror and stares at his handsome, unhappy face … as if to ask: WHO AM I?

These days I stare into the motel mirror and ask the same question of myself: Who am I? A few weeks ago, at another flea bag motel – the Red Roof Inn in Sutton – I had woken up from a nightmare. The experience of these places …the despair…the little girl holding her mom’s hand as she runs up the stairs, garbage bag in mom’s other hand…. She’s so pretty and wearing a pink dress. You remember one girl who wore a purple tutu and adored your dogs, giving Lilac kisses on her head. You saying: Lilac likes your Lilac tutu! What a pretty ballerina! With this little girl …. the garbage bag holds everything she and her mom have. Was it fists they fled? Eviction? Fire-trap apartment?

The older black woman was brought in from the van. It was afternoon but she was still in her ratty terry cloth bathrobe. It’s bum side was dark, stained grey. It needed to be washed. Would she be able to afford the washer and dryer here?

The help…many who clean the rooms at these motels, are on the fringe, too, living in a room and paying for it by cleaning other people’s rooms. The worst jobs in seedy motel world. One guy, older, Puerto Rican, had a thing for me: helped with dog food after my car died and was at the mechanic’s. He was kind enough to knock on my door and give me and my dogs some of his paltry vending machine “groceries” based on what he guessed I’d like: cheesy microwave potatoes, a cup of fruit cocktail, a small bag of honey roasted peanuts, a bottle of water … Plus two bowls of dog food ( he has a dog). I thanked him with a full heart. Moved by his kindness. And shut and locked my door. The next day he gave me his phone number writ large on a white piece of paper. I left it by the phone on my bedside table the day I left the motel.

Or, finally, the dead man. It was late Christmas Eve and I was watching an old movie and feeling positive about the New Year, believe it or not. Well, around 11 p there’s a knocking on my room door. I’ve learned to be polite, lock my door and not get involved with anybody in any way in places like these. Your heart breaks for so many, but you must stay safe.

I looked out my door’s peep hole and a little brown man was talking gibberish, absolutely incoherent before my door. His arms were outstretched, he was really babbling away. Now my dogs were barking. I looked at the little brown man, so scrawny, in dirty clothes and said: GO AWAY!!

He went away. The dogs settled down and I went back to watching my movie.

Three days later the State Medical Examiner car and unmarked police cars are parked just by the back entrance to the building – my entrance. My heart sinks. It’s been a long day of working at CECELIA. My dogs and I are tired and miss our little room! But the several official cars aren’t moving; this looks ominous. I think Peter Stefan, a funeral home, a cadaver, murder, suicide, the unclaimed dead. I make a few calls to authorities… everyone is cagey. Finally, before I walk into what may be the aftermath of a crime scene, I drive around to the front office to ask the managers, a young Indian couple who couldn’t care less and are as rough as their customers: WHAT HAPPENED?

The husband is the milder one; he’s assembling a big hockey game like you’d see in a pinball arcade that his little kid just got for Christmas.

The skinny Indian guy chuckled over the hockey pieces he was screwing in and said: So what else is new? Happens here all the time. He was dead for three days. They found him in the bathroom.

The motel manager didn’t look up from the toy he was putting together for his son: he just kept right on fastening hooks and organizing little plastic hockey players all in a row …

“My God!” I said. “Was it a suicide? An accidental drug overdose?!! What happened?!”

He was very nonchalant when he said, almost sighing in exasperation: We’ve seen it all before. What do you expect from places like this?

I thought: the last or next to last stop for many…

It was chilling: talking death while assembling a hockey game! Your child’s Christmas present all shiny and new, the guy in room 48 dead and decomposing. Life: Your child sitting on the sofa five feet away watching Dad put his humongous expensive game together. A sad life ending on Christmas Eve.

I don’t know why, but I said to the little boy: When I was your age my auntie bought me a big hockey table just like yours. I loved it!

But then the nightmare happened and I woke up to realize that the little incoherent guy knocking on my door three days ago on Christmas Eve may have been the … dead guy. Maybe he was knocking on my door, drugged up, asking me for help. Asking me to call an ambulance for him. You see the ambulances come and go here. Firetrucks and firemen being people’s primary care physicians. If you’ve overdosed on drugs you’re not going to give the Gettysburg Address – YOU’RE GOING TO SLUR YOUR WORDS OR JUMBLE THEM OR SPEED THEM UP.

I could have saved a life! But I helped extinguish one!!

Dogs want a harness to replace any shock, prong or choke collars on their necks.

Cats want to see declawing banned and to receive a scratching post — an appropriate place to scratch so that they can keep their claws in good shape, as nature intended. 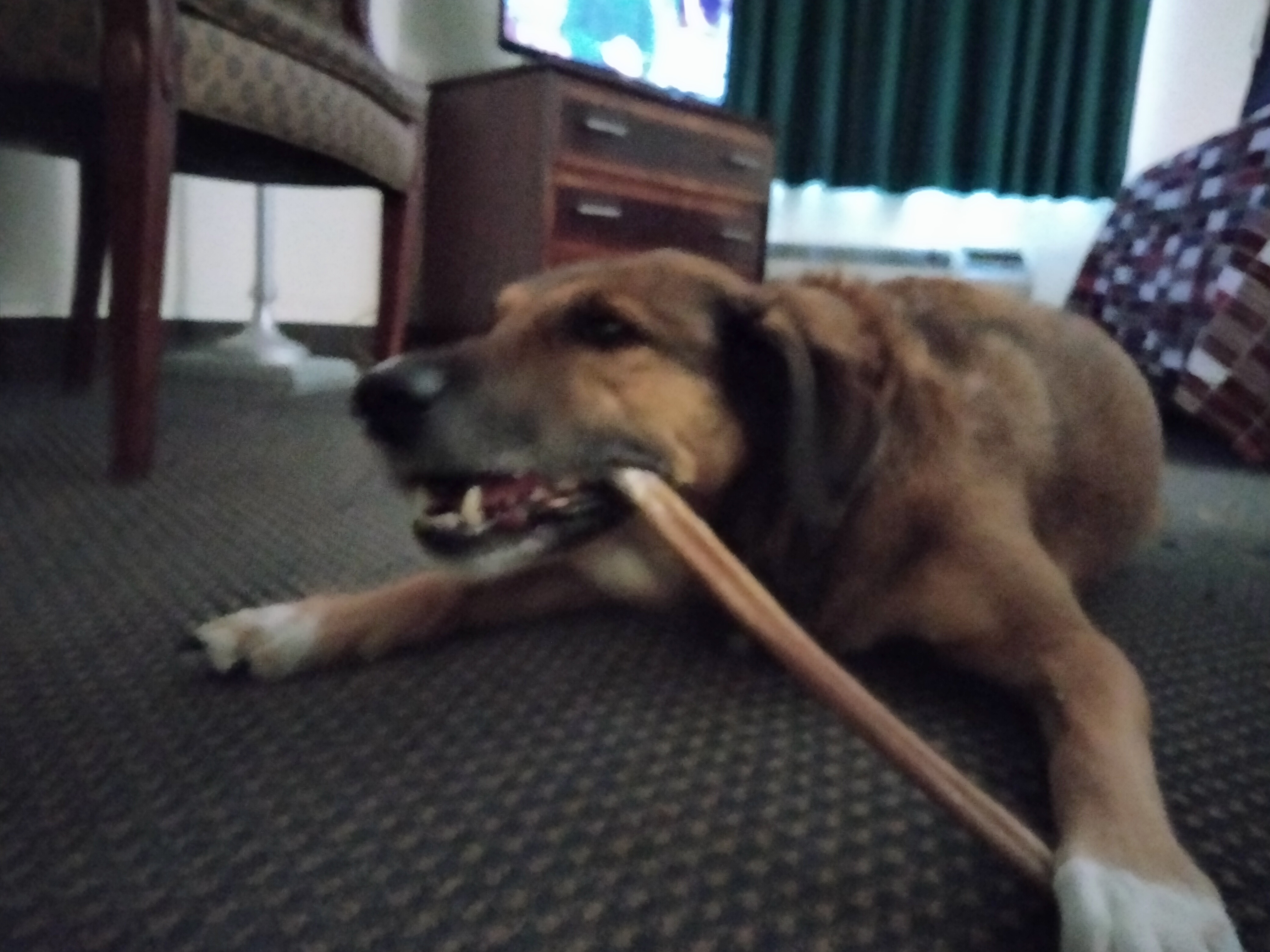 Lilac, like all dogs, loves to chew … photos: Rose T.

Dogs want to be allowed to sniff the bushes during their walks, as well as setting the pace and choosing the route once in a while.

Cats dream of a room with view or having a “catio” to lounge in.

Both want states to pass spay/neuter laws to help end animal homelessness and shelters to “fix” all adopted animals before they go home so that they won’t add to the companion animal overpopulation crisis. 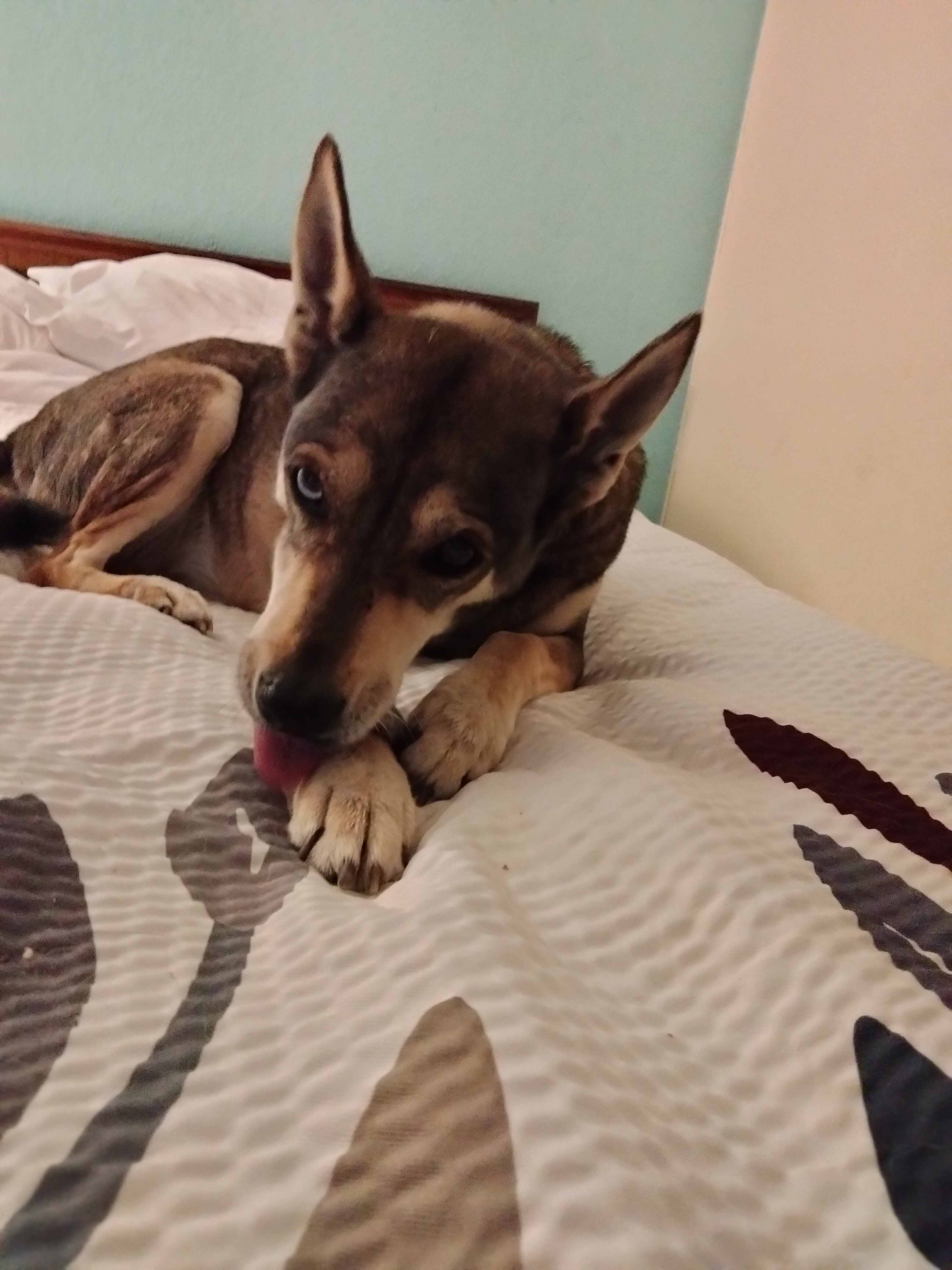 They also want people to be brave enough not to subject their animal companions to prolonged suffering in their final days because it’s so hard to say goodbye.

Most of all, animals want your love and attention. 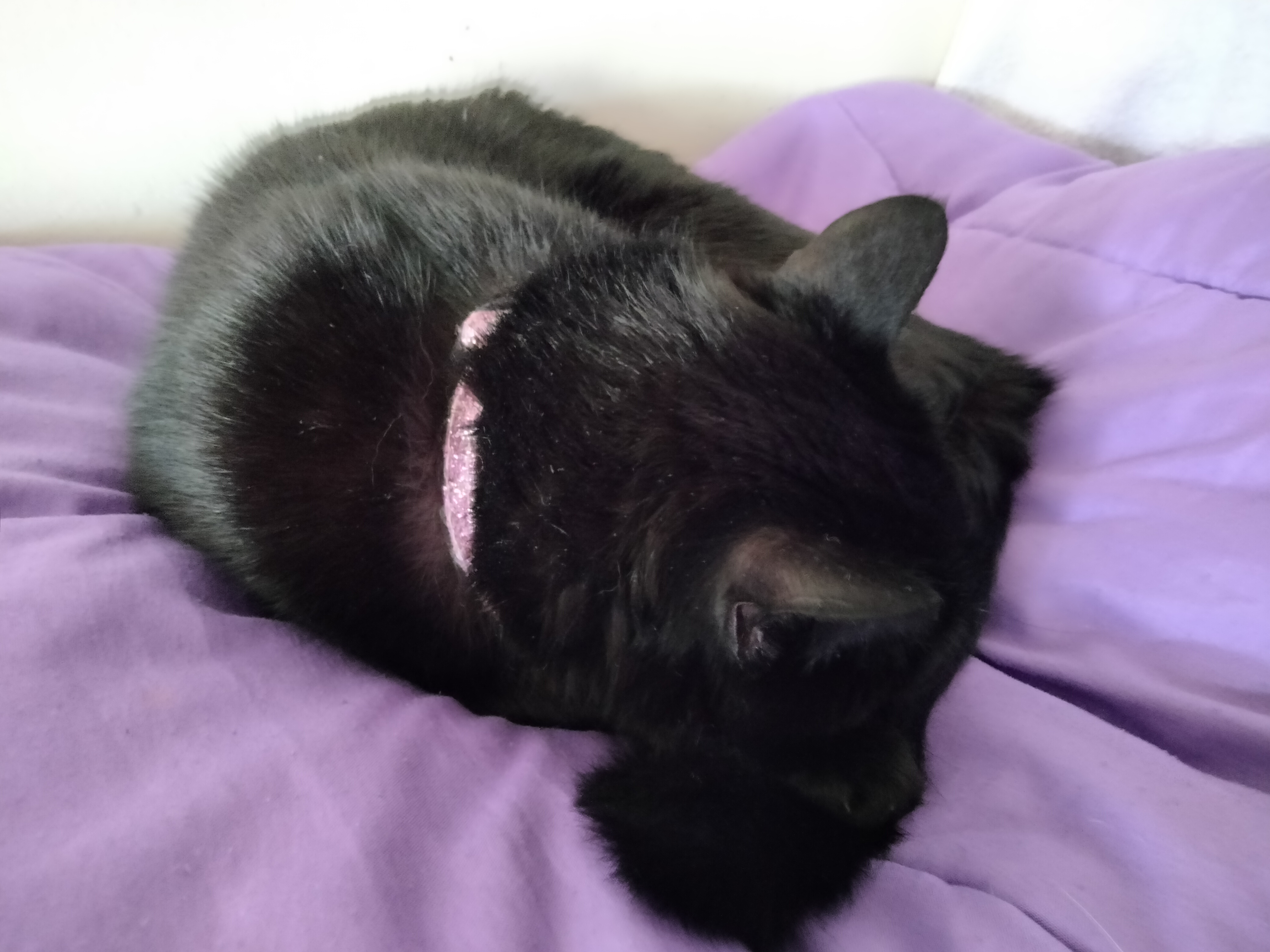 On their behalf, PETA wants the words “owner” and “pet” replaced with “guardian” and “companion” and all animals to be treated as cherished and respected members of the family. 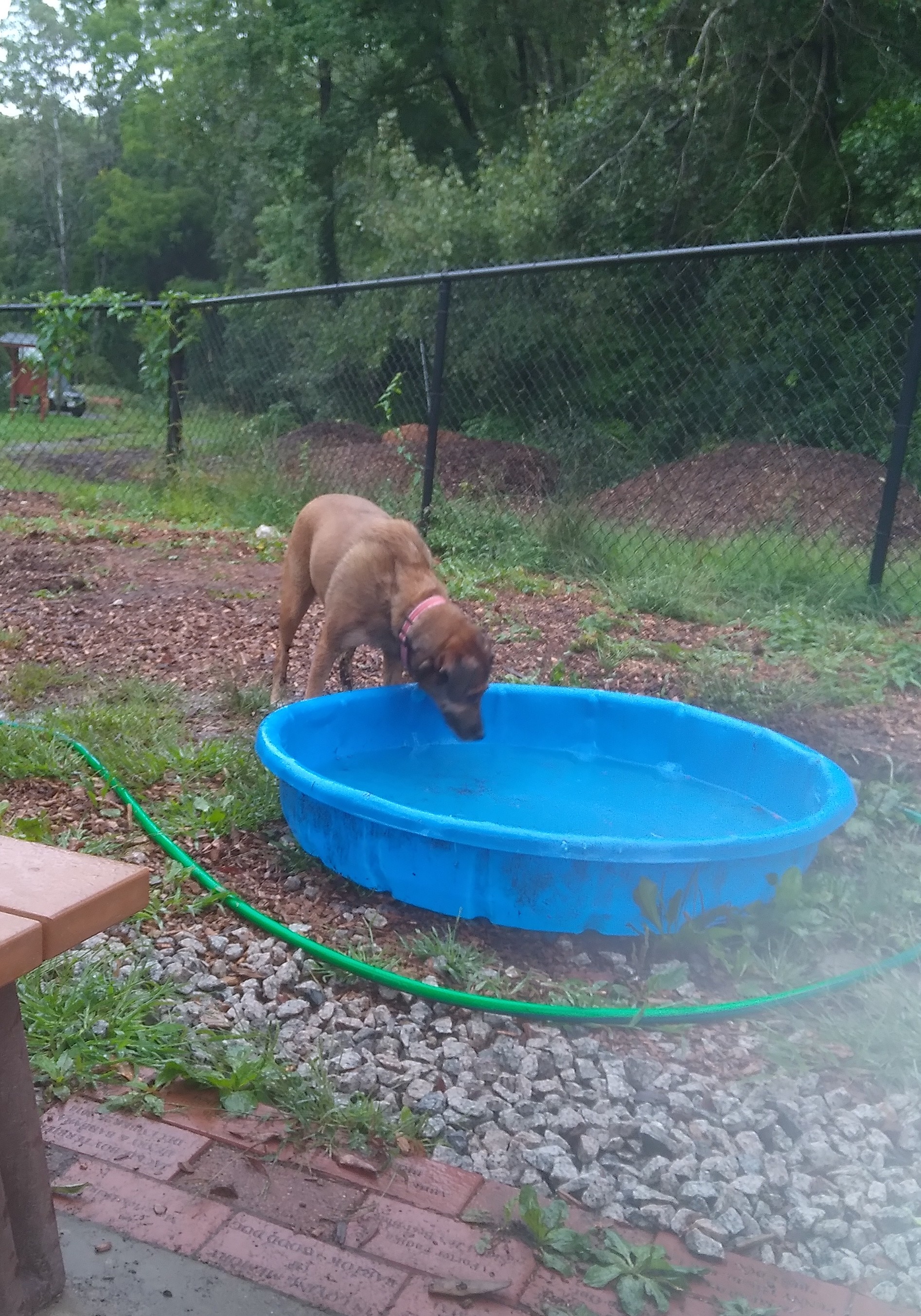 Fun at the dog park.