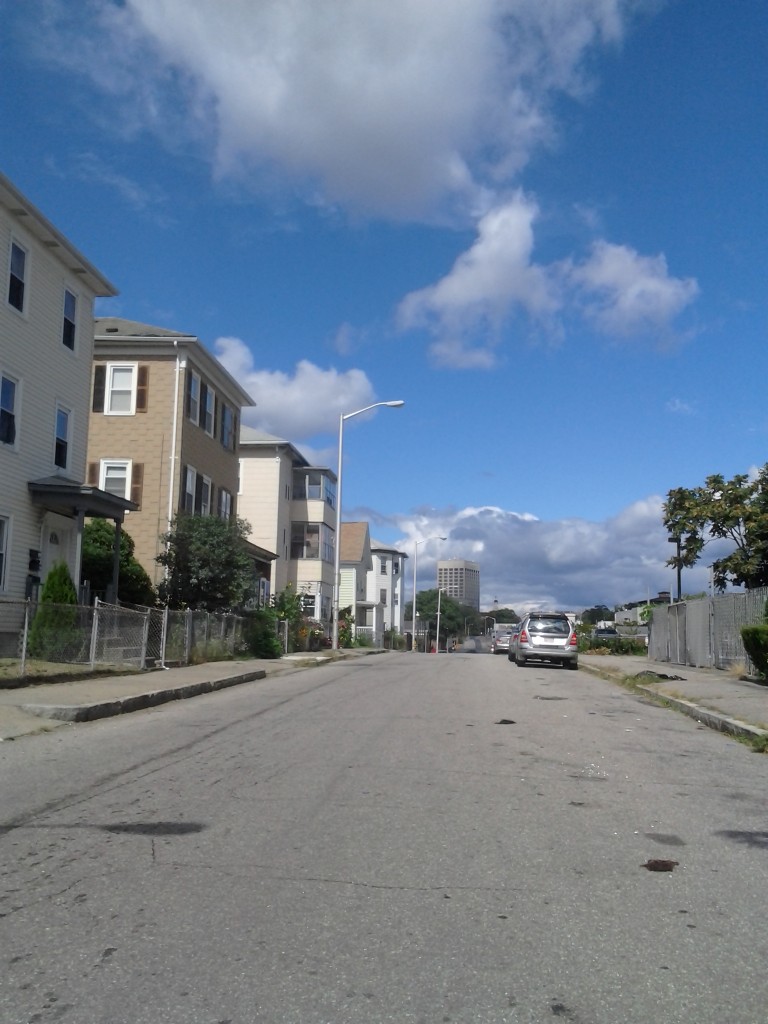 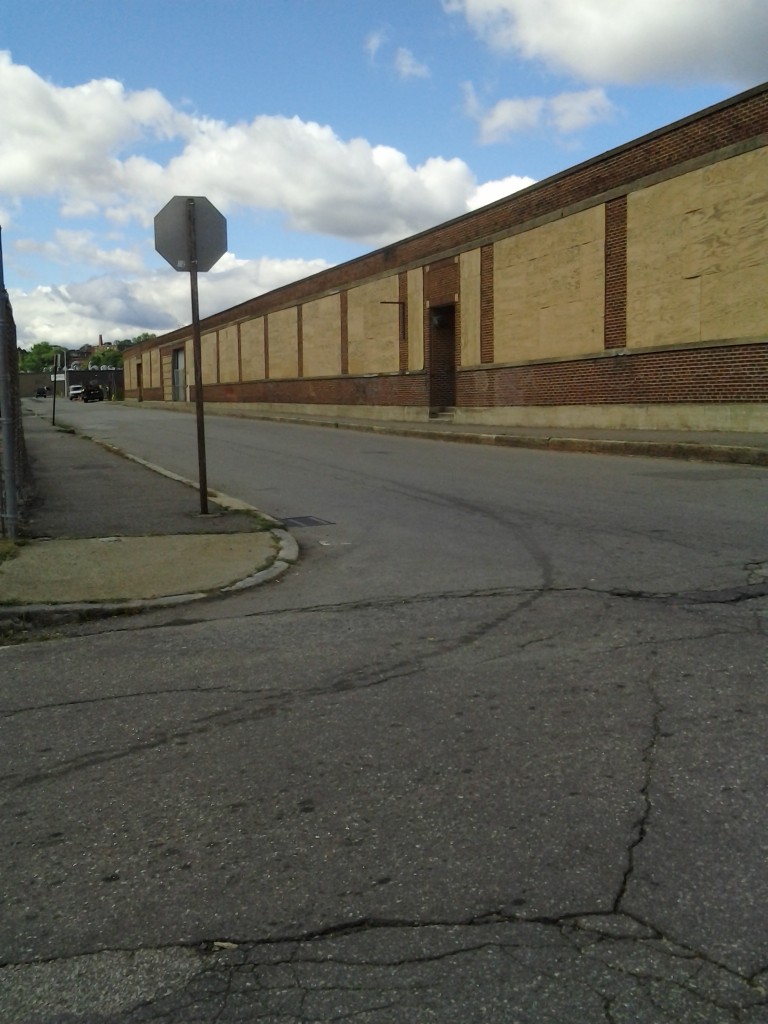 HOW ABOUT SOME LOCAL ARTISTS GIVING US SOME GREAT MURALS ON LAMARTINE STREET? THE WG BUILDING (BEHIND PHIL AND ALL ALONG LAMARTINE) IS CRYING OUT FOR COLOR!!!  – R. Tirella 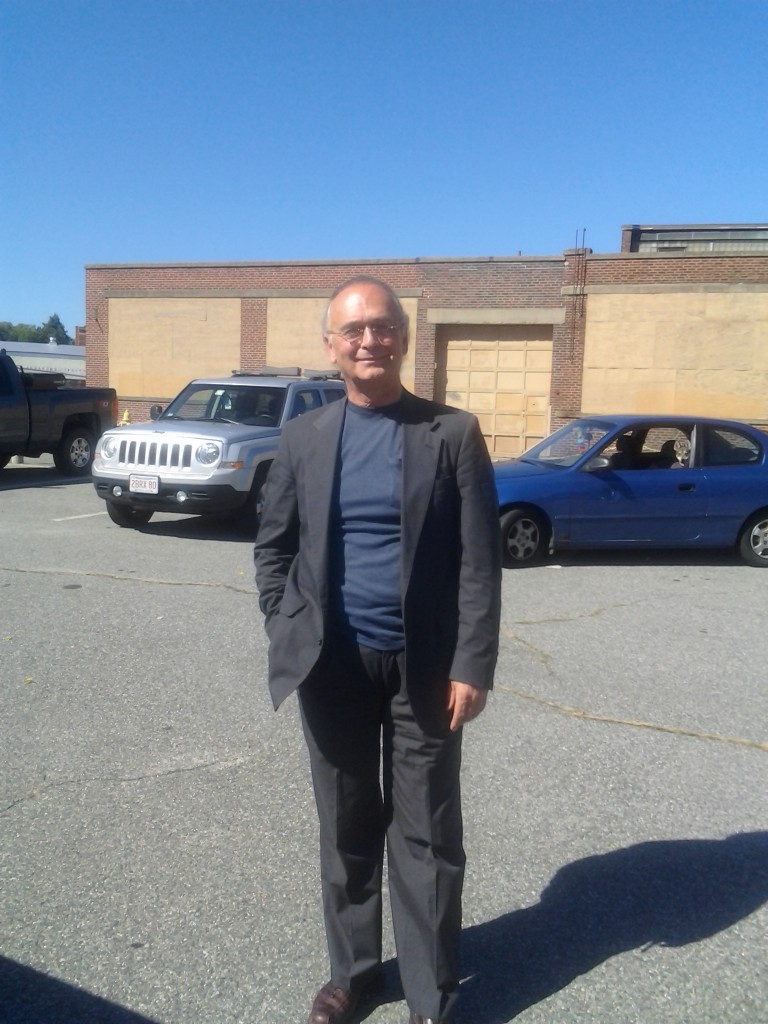 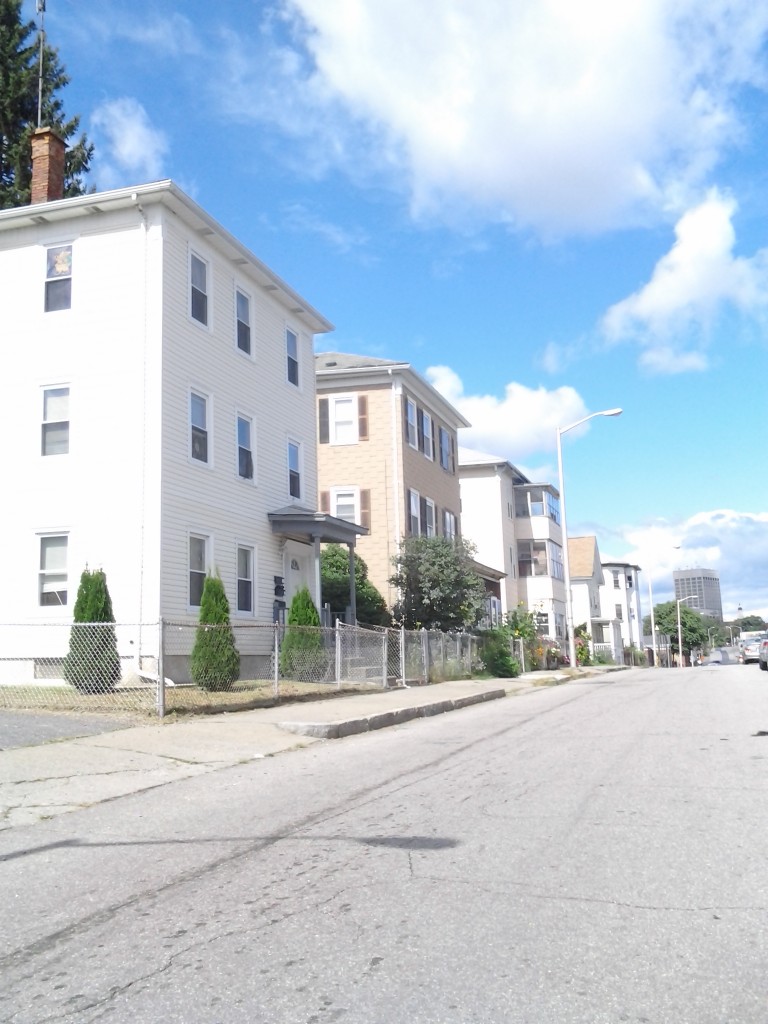 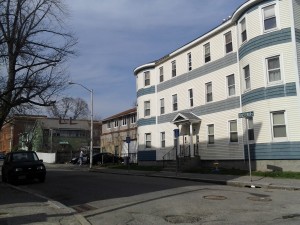 … sits this big apartment building. A dirty drug house until the (now defunct) Green Island CDC bought it and saved it (years ago). They got it looking like this. One of the nicer looking buildings in my old neighborhood!

Why can’t we get a Green Island Community Development Corporation up and running again? I know the Oak Hill CDC has absorbed “The Island” to some extent, but more houses were saved and more families were helped when we Green Islanders had our own CDC and our own board of directors. It was located on the corner of Lafayette and Millbury streets and you could walk in any time and talk with the always smiling and helpful staffer Lorraine Laurie (and you also got a bunch of neighborhood gossip/dirt, courtesy of “Sweet Lorraine”!).  Andy, who rented space from the CDC to run his farmer’s market program, was often there (he passed away last year). More federal money seemed to flow into the hood then. Today, the regular folks of Green Island, the people who live on Lafayette, Lodi, Lunel, Grosvernor, Scott and Ellsworth street aren’t seeing the federal monies that Allen Fletcher and pals at the Canal District Task Force are getting for trees, benches, brick crosswalks, flowers, facade improvements. They are just two streets away, but they may as well be two galaxies away! Bobby Largesse says his biz group has no money to beautify the streets just mentioned. We hear Bobby and pals are sitting on $40 K – and have more grant money pouring in!!! None of this dough is trickling down to the kids and families of Lafayette Street and beyond …  for beautification, festivals, even COLLEGE SCHOLARSHIPS.  Even Harding Street, a busy biz street parallel to Millbury Street, looks no different than it did a decade ago! I mean, Harding should definitely be considered part of the Canal District!

Or is it the Cabal District, Monsieur Allen Fletcher??!

(this is not a photo of Allen, but this is how Allen looks scuttling around the district in the fall and winter, beret-clad but  … not at all French!We love Paris! Allen defiles are Paris dreams!! AURGH!!!! GRRRRR!!! GAK!!!!)

Better yet we want our own CDC! Several years ago Mac, the owner of Island Auto on Harding Street, another Harding Street small biz person and I were hoping to reboot the old Green Island CDC. Get the paper work, incorporate, etc. But I got cold feet because the guys  were hinting that I would be the organization’s secretary, and stenography ain’t my bag, brother. Plus, I think, I borrowed $800 or so from Mack and never paid him back (never lend money to friends) and he kept my ICT news boxes, took back a cool cell phone he gave me for my biz  … and it was really quite the blood bath, folks! So the CDC idea died.

Maybe new people would be willing to give it another shot – for the kids of Green Island!