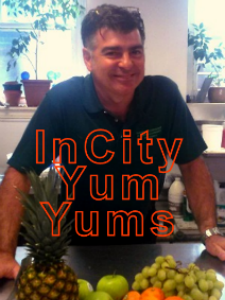 By Chef Joey (Joey just cut these herbs, pictured below, from his backyard herb garden. He took these pics special for you!)

April! Merriment returns to the soul! We’re able to walk somewhere without destroying our shoes or fearing that slip on that slip of ice! I sing “Yippee!!” as the crocuses pop their little heads out of the freshly thawed ground, reminding us that spring raking is eminent. But who cares?! We don’t need a heavy coat to do that! Our minds and bodies turn to gardening … . Who does not love a pot-full of basil or rosemary?

Adapted from publication NE-208, produced by the Cooperative Extension Services of the Northeast States (NIFA), I found the following information on-line and thought it really needs to be shared:

“Herbs have played an important part in  life for countless years — in  politics, romance, love, religion, health, and superstition.

“Early settlers brought herbs to America for use as remedies for illnesses, flavoring, storing with linens, strewing on floors, or burning for their pleasant fragrances. Some herbs were used to improve the taste of meats in the days before preservation techniques were developed. Other herbs were used to dye homespun fabrics.

“Herb gardens were almost an essential feature of pioneer homes. They were placed in sunny corners near the house to be readily available to the busy homemaker. As the population of the new country grew, people from many nations brought herbs with them. This resulted in an exchange of slips, seeds, and plants.

“Many herbs familiar to settlers from other countries were found growing wild in the new country. These included parsley, anise, pennyroyal, sorrel, watercress, liverwort, wild leeks, and lavender. American Indians knew uses for almost every wild, nonpoisonous plant, but they used the plants chiefly for domestic purposes — tanning and dyeing leather and eating.

“Celery was used by the Abyssinians for stuffing pillows. Ancient Greeks and Romans crowned their heroes with dill and laurel. Dill also was used by the Romans to purify the air in their banquet halls.  Some herbs were given magical properties, probably because of their medicinal uses. The early Chinese considered Artemisia to have special charms. In France during the Middle-Ages, babies were rubbed with Artemisia juices to protect them from the cold. Ancient Greeks used sweet marjoram as a valuable tonic, and parsley as a cure for stomach ailments. Rosemary was eaten in the Middle-Ages for its tranquilizing effects and as a cure-all for headaches.

“Chives, still a common herb often found growing wild, had economic importance throughout Asia and many Mediterranean countries. Odd as it seems now, the early Dutch settlers in this country intentionally planted chives in the meadows so cows would give chive-flavored milk.  Mint, another popular herb today, also had its beginnings early in history. Greek athletes used bruised mint leaves as an after-bath lotion. In the Middle-Ages, mint was important as a cleansing agent and later was used to purify drinking water that had turned stale on long ocean voyages. Mint also was given mystical powers, it was used to neutralize the “evil eye” and to produce an aggressive character.

“Mustard was lauded by Hippocrates, the ancient Greek physician, and Shakespeare called it a desirable condiment in several of his plays.  Other herbs with importance dating back to early times include basil, saffron, sage, savory, tarragon, and thyme.”

So why not grow a small garden for yourself this spring?! 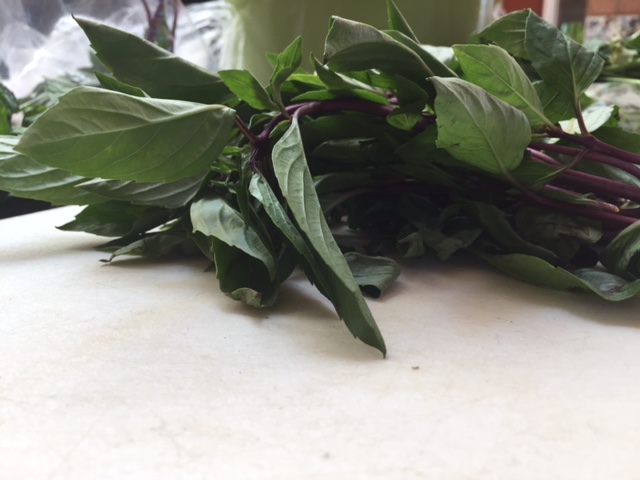 Anyone can have a garden and it starts with a bag of dirt.  Average cost $3. The bag can also serve as your planter.

You simply bring home a bag of dirt, decide where the sunny spot is, place the bag there, make a few drain slits on one side, flip it over, put small circle holes on the flat surface of the bag – allowing space for your plants to grow.

If you want tomatoes, symmetrically place 6 spots for one bag – one at each corner and two in the middle.

For just herbs, you can fit many more. This garden is fast, fun, low-cost and easy to maintain. Just add water!

You can cut a square opening and plant rows of lettuce, and when you harvest the lettuce you cut above the root so it keeps growing back.

If you have bunnies in your area, make sure you pick up an inexpensive fence to put around your home-made garden. My main garden became host to a very large woodchuck, and there was no stopping him!

Last year I planted 3 rows down and 5 across for a total of 15 plants. I had 5 herbs in 3 rows – basil on the end because it grows taller, rosemary on the other side, in the middle starting on the back I had 3 parsley across the top in the middle sage and, in the front, one each of oregano, thyme and tarragon because they creep forward. 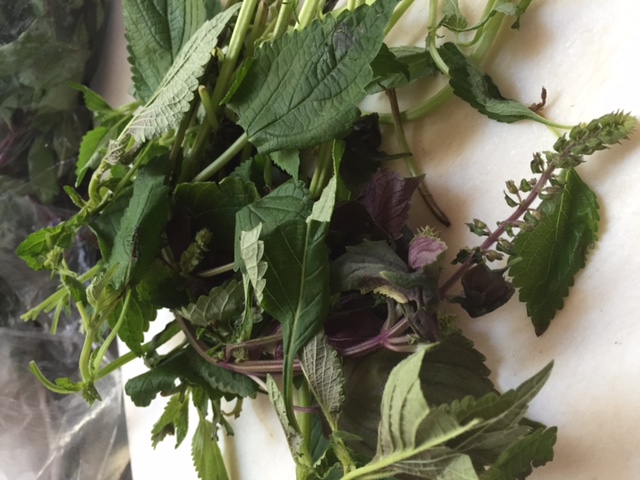 The joy of herb gardens is you just walk outside and, with a pair of scissors, you snip what you need and it stays with you all summer! 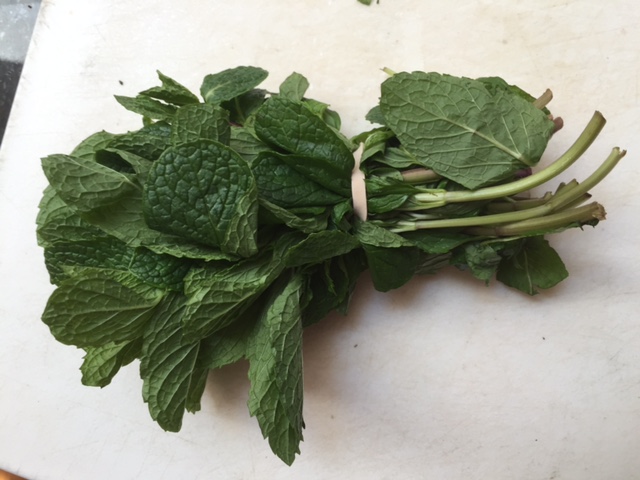 You can have one or as many bags as you like and grow squash, cucumbers … You can get a head start and begin with growing your seeds indoors for an inexpensive garden experience!

Remember, these bags will not work all that well for root vegetables like carrots, beets or potato, as they need loose soil and depth.  Even if you don’t grow a garden, support Worcester County farm stands! Enjoy a taste of New England from New England!