The two liberal or progressive members of the Worcester School Committee, Hilda Ramirez and Tracy A. O’Connell Novick, lost the election and will be replaced by what some consider to be a right wing challenger, Donna M. Colorio, and a relatively unknown Molly McCullough. I say that Ms. Ramirez and Ms. O’Connell Novick are progressive because from my experience they understood the changes that the Worcester Public School system is going through as it becomes more of a majority minority school system. They did more than just maintain a “color blind” system of public education but instead tried to accommodate each child’s level of educational ability.

It is clear what the newly elected Worcester School Committee members will do: It has been my experience that Ms. Coloria does not understand the school system’s changes and is resistant to them.  There are some who say that she is connected to the right wing Tea Party which has consistently displayed bias toward newcomers, especially Hispanic people. I suppose we can expect what, on the surface, will be called “color blind” decisions by Ms. Colorio to prove to have a disparately adverse impact on many poor Worcester kids – kids without adequate educational resources outside of our schools, especially Black and Latino students.

I only know Ms. McCullough from her literature, and I do not have any strong opinions about her. Most of her election statements seem to be the usual campaign cliches that do not say much nor offend anyone. I suppose we will soon find out about her real thinking and character in the near term.

It is unfortunate to have lost both Ms. O’Connell Novick and Ms. Ramirez. The City’s failure to re-elect Ms. Ramirez is especially a blow, as there are now no so called minorities on the Worcester School Committee. There are no Asians, no Blacks, no Latinos.

I know and like school committee members Messrs Brian O’Connell, Jack Foley and John Monfredo – incumbents who the voters re-elected. They are decent people and well qualified such that it is likely their decisions will be based on a pedagogy that will do no harm to Worcester’s students and their families.

School committee member Briancharia has not shown to me that she has the capacity or the compassion to be on the Worcester school committee. Her almost irrational demands about police in our schools are particularly worrisome. Sometimes I feel her lack of a college degree and any experience in education makes her less capable than some of the others who ran for school committee.

Now that Ms. Colorio has won, it appears that interim Worcester Public Schools superintendent Mr. Rodrigues’ (who worked under departing WPS superintendent Dr. Melinda Boone) chances of becoming the contractual School Superintendent are greatly reduced. From all accounts Ms. Maureen Binienda, principal of South High School, is well qualified to be a superintendent of schools. However, I wonder if her backers in the Worcester School Committee have taken into account our schools’ demographic changes aforementioned. Sometimes a color blind policy is not what is needed to address the particulars of a situation.

The police in the Worcester Public Schools was rammed down the throat of the school system so quickly that there is no policy nor protocol for the arrest of kids at school, the use of police force at school, nor the interactions of school administration and police.

The police powers are authorized under a different state statute than are found in the Department of Education regulations.

There will be a city-wide meeting Nov, 18, 6 PM at Centro, 11 Sycamore St., to discuss this lack of policy issue.

I hope that the inconsistencies between Worcester police authority and Department of Education authority can be resolved in such a way as not to be harmful to our students.

I also hope that a Worcester school committee that is now all-white can make compassionate, intelligent decisions for a school system that is now majority minority.

This winter we asked for a play scape to be built on the empty, ugly cement lot of a school yard behind Chandler Elementary School, on Chandler Street, in Piedmont. Piedmont is as urban as our Worcester neighborhoods come. The neighborhood kids who attend Chandler are poor, cut off from so many experiences and opportunities our West Side kids take for granted. LIKE TREES, FLOWERS, GREEN SPACE, HUGE BACKYARDS, PLACES TO RUN AND PLAY AND FEEL FREE AND SAFE! Just look at their school yard (below – I took the pic this past winter)!!! 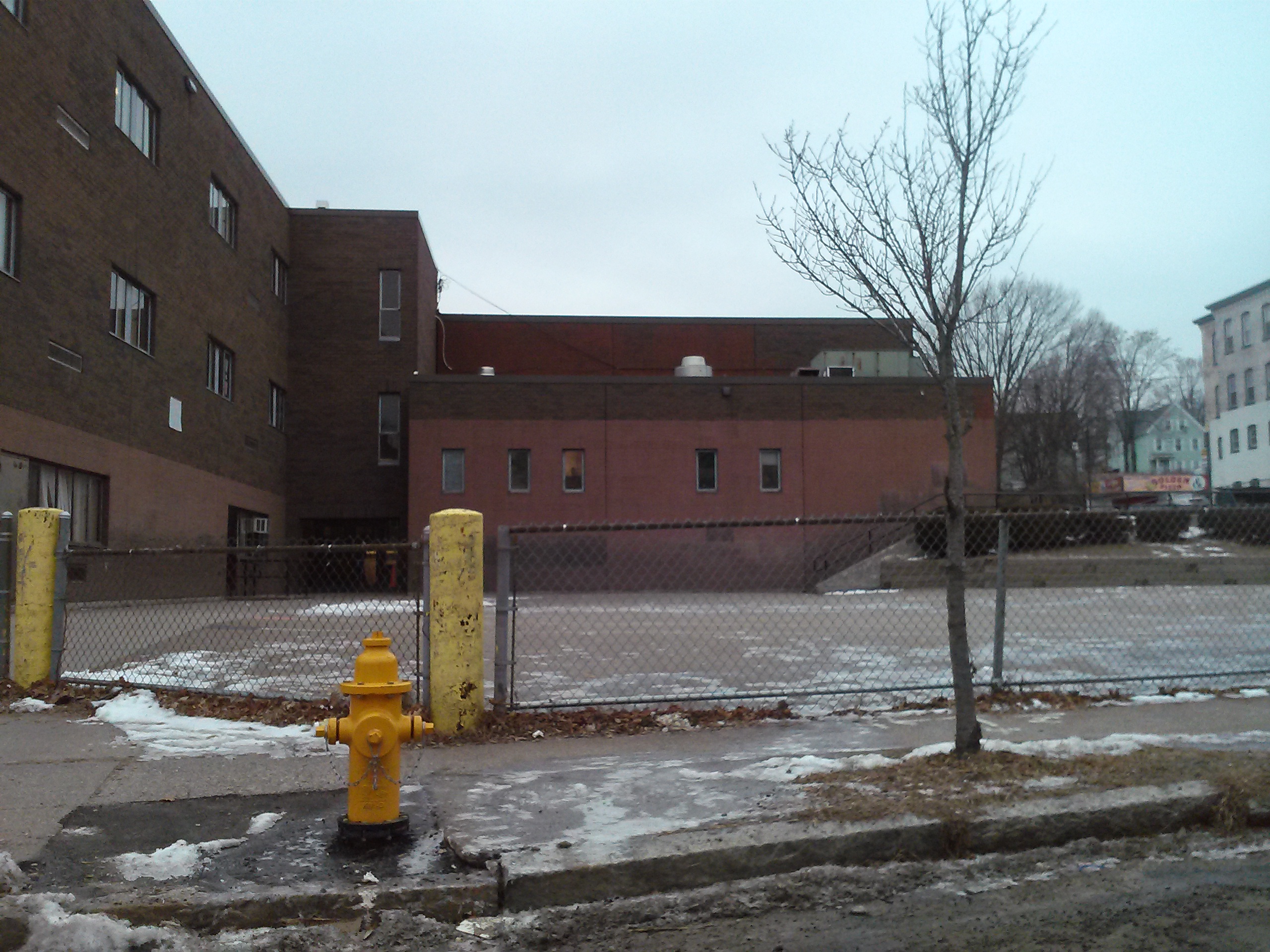 Well, I wrote about it, and we got results: Brandy new slides, soft mulch, repaved school yard … . 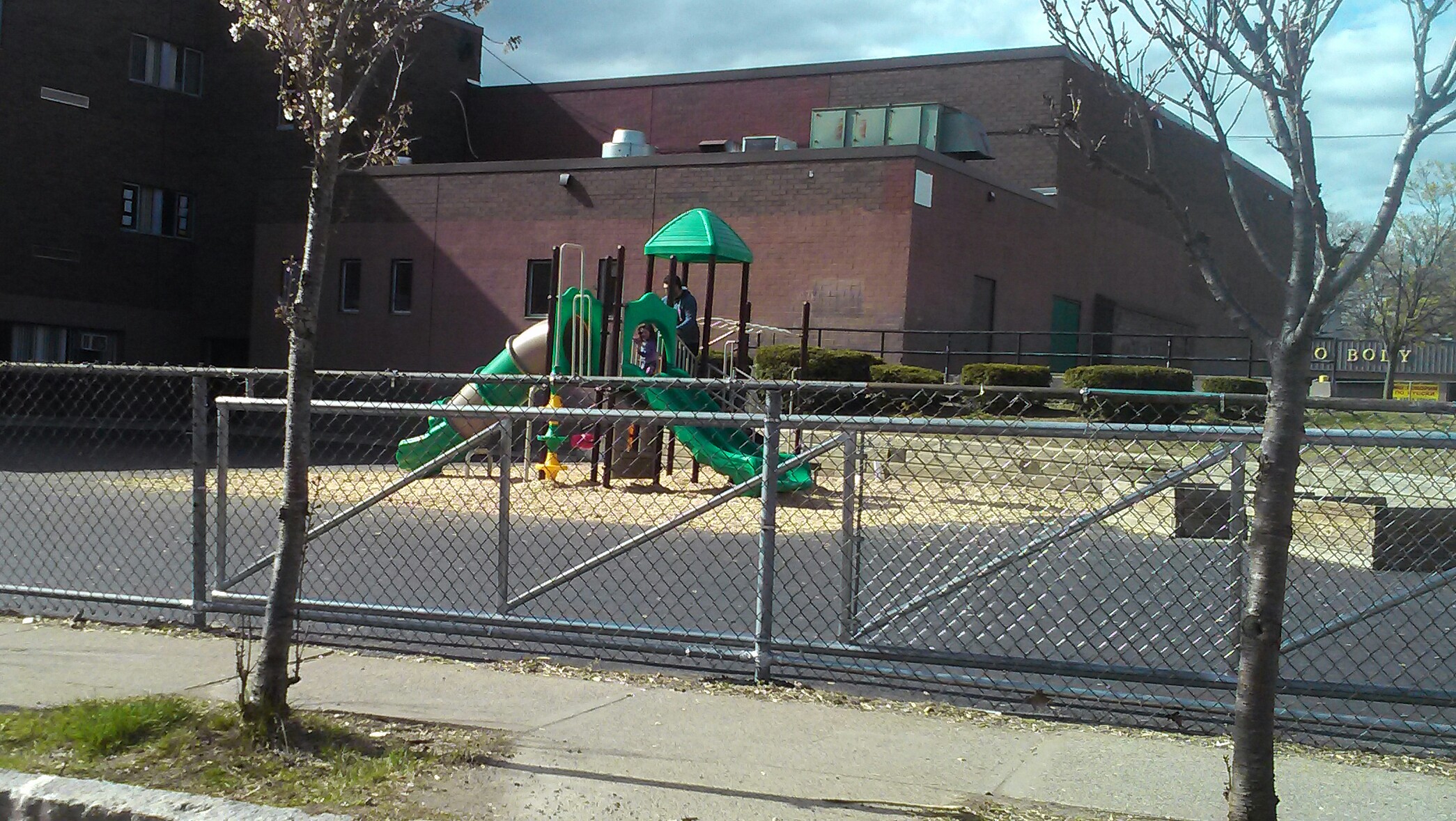 Hopefully, this is just the beginning, and we’ll see some additions: A few benches around that play scape for parents so they can chat together while watching their kids play, flower beds for the kids so they can see something beautiful grow day by day (like them!), another slide or two because there are a ton of children in the neighborhood, and a basketball hoop or two for the teens. Maybe a picnic table or two so people can enjoy meals and snacks outdoors – so many Piedmont families live in three deckers with crappy/no yards and don’t have the $$ to buy a cool, old fashioned, stained, wooden picnic table of their own. I love a cool, old fashioned, stained, wooden picnic table! Don’t you?

It’s a really big school yard! All of the above can fit into that space!! 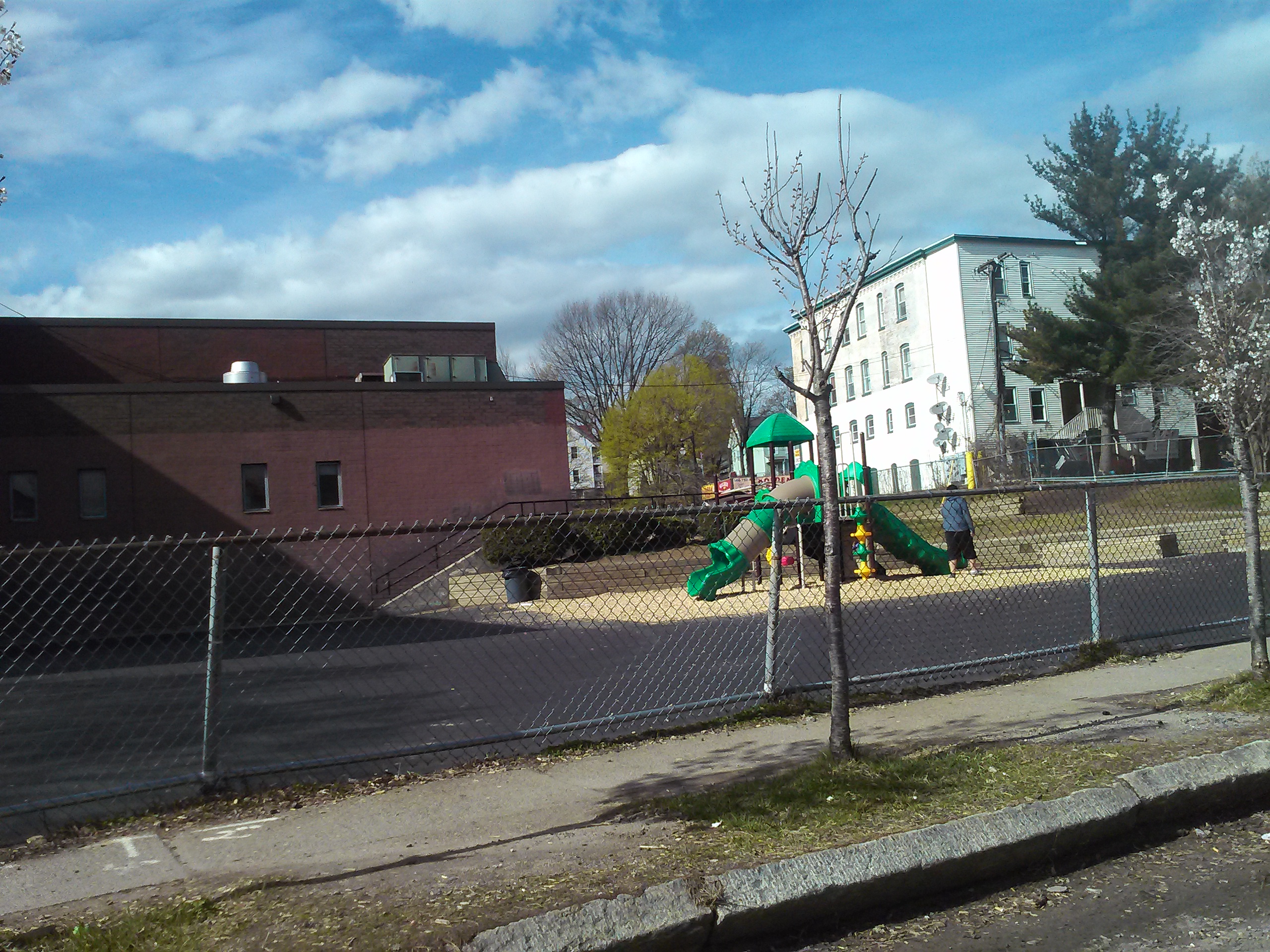 BUT FOR TODAY: I say, THANK YOU, Worcester Mayor Joe Petty and Worcester School Committee member Brian O’Connell for caring about our littlest citizens! Making it happen for Piedmont kids this spring was the cool and COMPASSIONATE thing to do!

During the past two decades there has been much discussion on the importance of quality teaching and student achievement. Teacher quality stands out in the research for its potential to close the gap in academic achievement between students in the inner city and students in suburbia. This past summer, President Obama’s administration in its educational (Race to the Top) initiative stated that one of the goals was to “Attract, develop, and retain an effective, academically capable, diverse and culturally proficient educator workforce to ensure every student is taught by a great teacher and every school and district is led by a great leader.”

Using data from a 50-state survey of policies, state case studies and the National Assessment of Educational Progress (NAEP), studies from author Linda Darling- Hammond suggests that policies adopted by states regarding teacher education, licensing, hiring, and professional development may make an important difference in the qualifications and capacities that teachers bring to their work. END_OF_DOCUMENT_TOKEN_TO_BE_REPLACED