John Lennon was gunned down December 8 at his apartment complex, the Dakota, in New York City years ago; fellow Beatle Paul McCartney reflects on the day. Paul says it all BEAUTIFULLY: When someone is murdered there’s no proper goodbyes, loving moments between family and the dear one. Trauma all around. George Harrison, fellow Beatle, passed away naturally, of cancer. His death, not the devil’s work of a gunman, but God’s taking away, is a sweet memory for Paul. LOVED ONES NEVER RECOVER FROM THE SHOOTING DEATHS OF family and friends…

December 12th, in honor of the victims who were lost in the Sandy Hook Elementary School shooting in Newtown, on December 14th, 2012.  Mayor Joseph M. Petty is calling on his fellow mayors to join him to make the anniversary of the massacre the yearly, statewide gun buyback day.

“Today I’m asking my fellow mayors to work within their own cities, and with their elected officials and community partners, to join us and honor the victims of the Sandy Hook Elementary School shooting by making our cities safer and healthier.”  Mayor Petty said, “The date of this gun buyback effort marks three years since the tragic shooting in Newtown. We remember those victims in a special way, and are dedicating this program in their memory, and to all of those that have been lost in these shocking incidents.”

“There have been so many mass shootings:  Aurora, Virginia Tech, Charleston, Umpqua, Littleton, Fort Hood and so many more.  The list just keeps growing.  I can think of no better way to remember this and every other tragedy than by honoring it with a day dedicated to gun safety,” said Mayor Petty..  “This is not just about getting guns off the streets, it’s about making sure that if you have a gun in your home, that it’s secured.  It’s about safer streets and healthier homes and making sure that the violence we saw in Newtown doesn’t happen here.”

Residents of any city or town may drop off their weapons anonymously, in exchange for gift cards.

Gun owners are further welcomed to pick up a trigger lock free of charge from the police stations listed above.

From The New York Times!

CLICK HERE to view all the (uniquely) American mass murders.

A belated Happy Birthday, John! WISH YOU WERE HERE!

Usually we run a piece on John this time of year (he was murdered on Dec. 8). Today, we’ll just let genius speak for itself. Click on links below. – R. T. 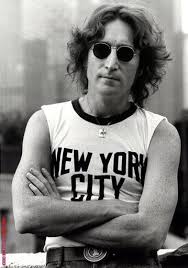 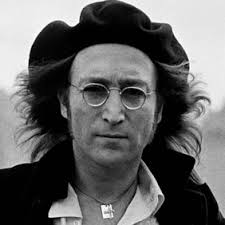 Have a pal who has all the John Lennon/Yoko Ono and Plastic Ono Band albums from the 1970s. In pristine condition! Love listening to this one (it’s what I’ve always wanted to be!).   – R. T. 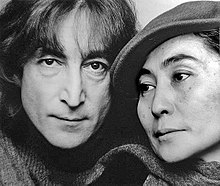 Lennon was murdered 31 years ago today. I have written about Lennon and the Beatles and what they meant to me growing up in Green Island so long ago. They continue – especially Lennon – to inspire me – and people all over the world.

I – like many Baby Boomers – remember exactly where I was and what I was doing when the news came over the radio.

I still miss you, John …

Listened to the “final” John Lennon interview on WZLX a few nights ago (he was murdered by Chapman 30 years ago). The program was OK … . Better way to remember Lennon’s death/celebrate his life: listen to his music and pick up the latest issue of Rolling Stone magazine. I have a copy of The Play Boy interviews and I have Jann Wenner’s Lennon interviews (when he had just quit the Beatles), AND I have tons of books, including the “Beatles Anthology,” the giant coffee table book that was actually kinda cool to read through again a few nights ago.

Anyways, I miss the old Rolling Stone – when it was physically bigger and about great musicians and liberal politics – not about electronic gadgets and stupid video games. Still, I am going out to buy this RS issue as soon as I post this … If you don’t want to buy RS, check out their on-line edition. Also, dedicated to Lennon. www.rollingstone.com

It’s true – every Baby Boomer knows where he or she was the night John Lennon was killed. I was in Worcester, in the passenger seat of my pal Jane’s little gray Honda. Jane and I and my other best buddy, Tracy, had spent the evening hanging out. Then, as Jane was driving down Lamartine Street in Green Island, to drop me back home, the news came on the radio: John Lennon shot – by some nut job in the lobby of the Dakota Hotel in New York City, where Lennon and his second wife, Yoko Ono, lived.

I gasped. Jane pulled over. And we both cried. We were around 18 or so and, for me at least, Lennon and the Beatles, were a talisman for me. The ticket out of Worcester. By that I mean mentally – emotionally. A lovely musical escape hatch.

The Beatles – through their songs – told me I could transcend the crumby three-decker apartment I shared with my family in Green Island. Through my imagination, through poetry and songs and writing, I could leave our tenement. Fly away on dreams of strawberry fields, walruses, yellow submarines. The Beatles collective imagination (musically and lyrically) was enough to blast a kid right out of her poverty and dangerously circumscribed world. END_OF_DOCUMENT_TOKEN_TO_BE_REPLACED