Grass or: Why old landlords just mow lawns (some portions of it, that is) … 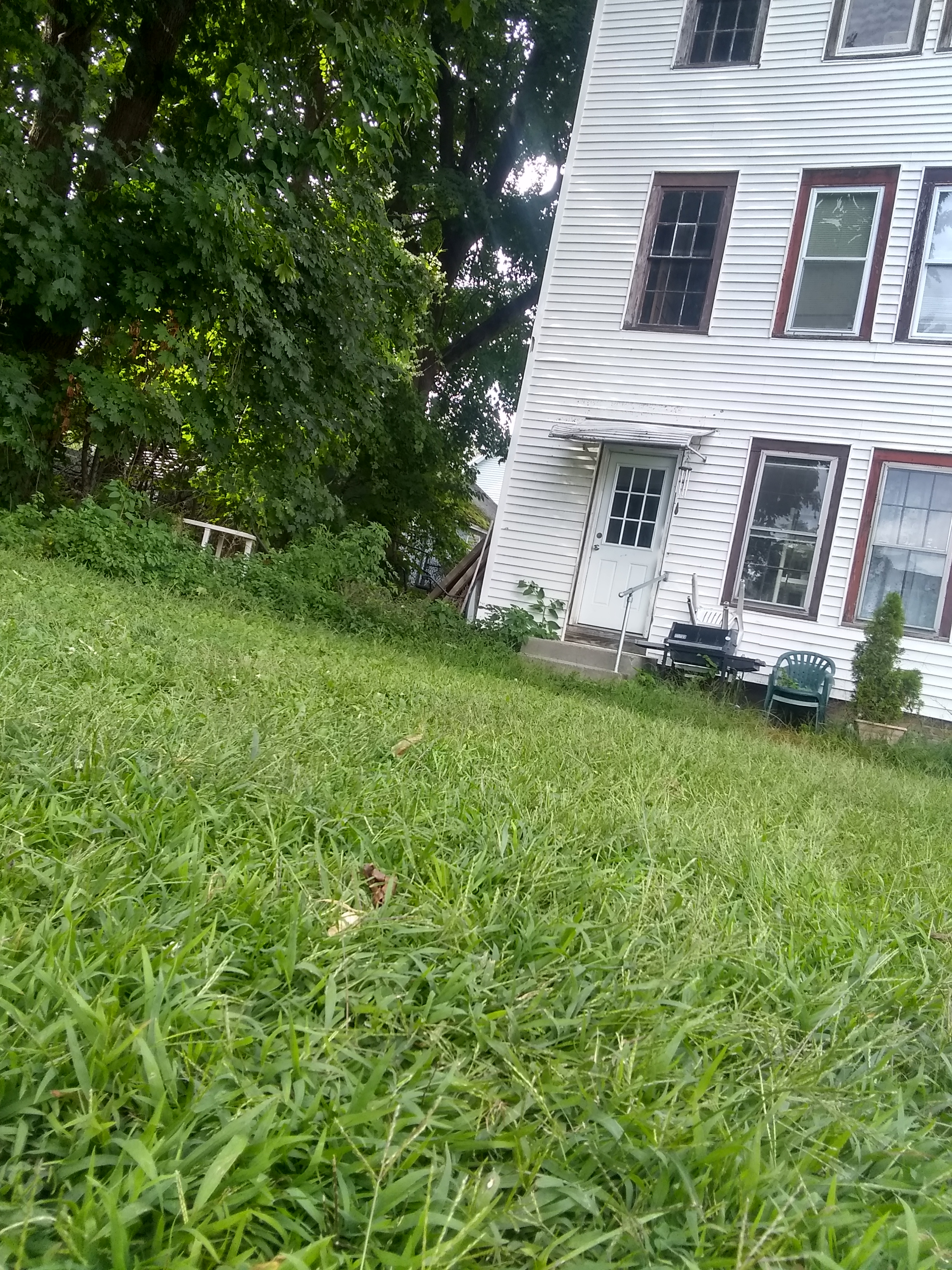 Why do old slumlords – old biz guys like my landlord Ken Buzzell, owner of my apt building at 36 Blackstone River Rd., Worcester, 38 Blackstone (maybe now owned by the married woman he is hot for – Dawn) and the big white building in front … 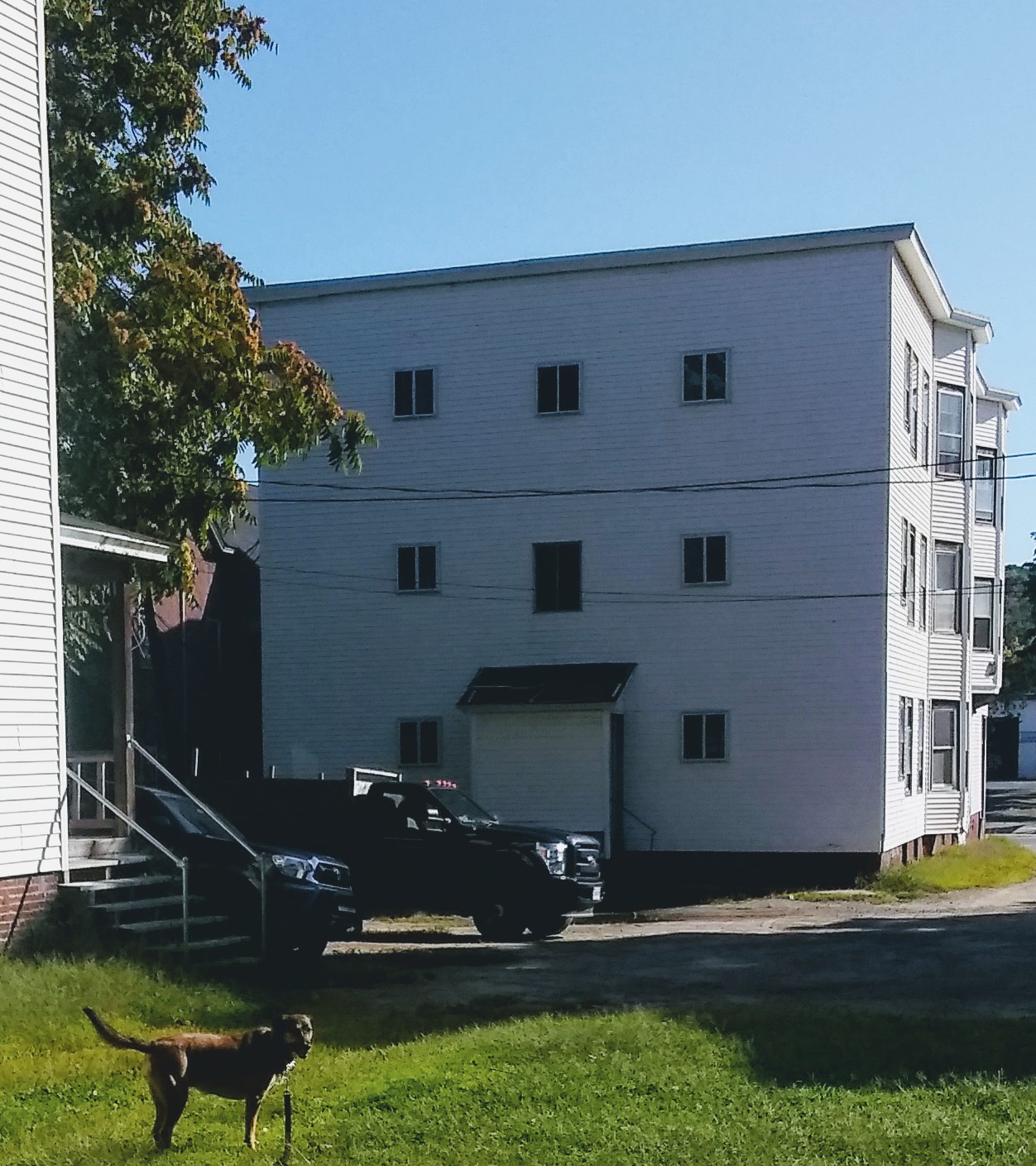 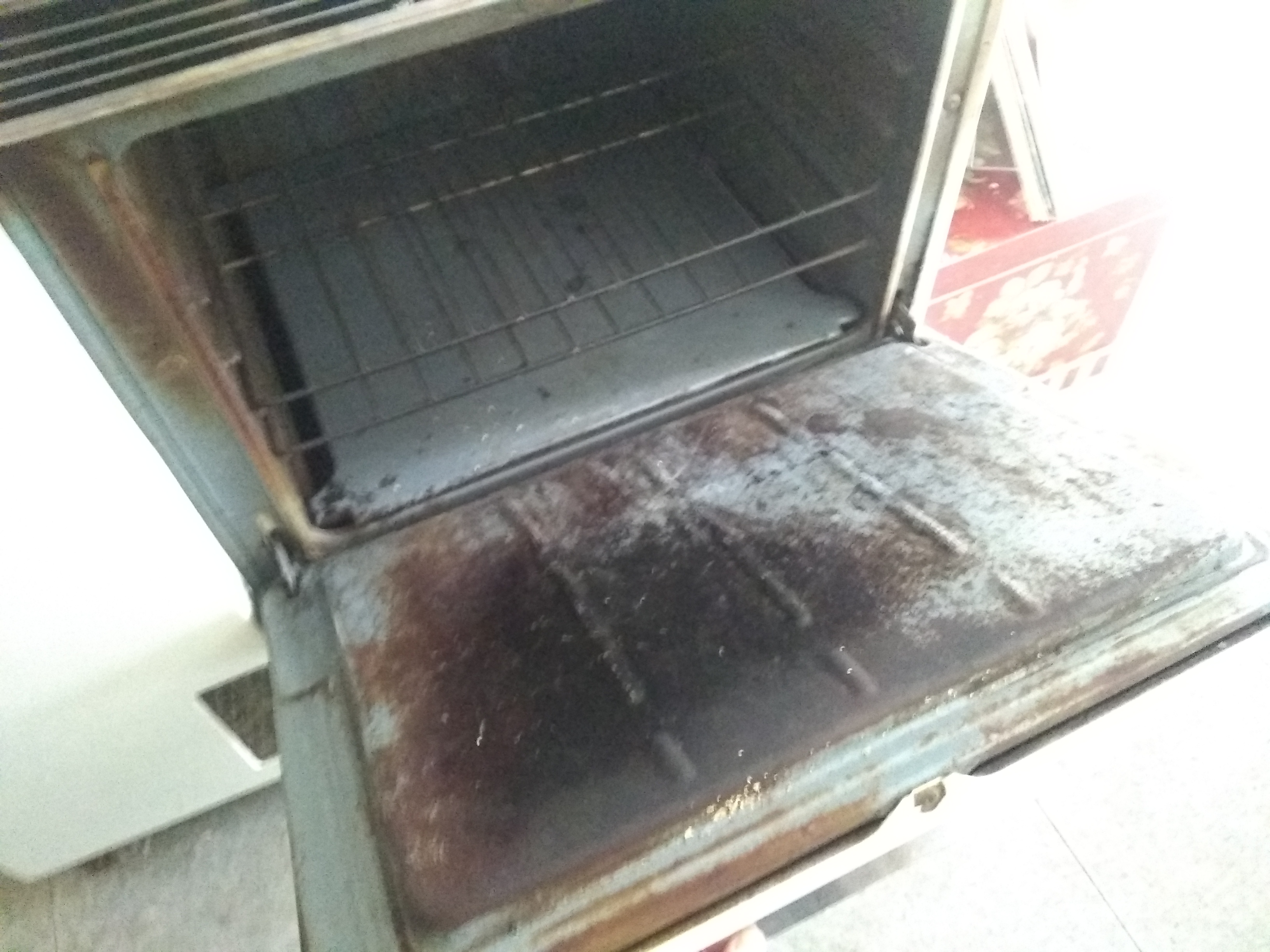 My stove in Buzzell’s apt

… why does he keep his buildings, when he does no work on them? When they are slums? RENT $$$$.

Ken Buzzell is an old Quinsig Village slumlord whose days of glory are past.

Why does Ken own his three buildings even though he doesn’t keep them up – except to get his RENT MONEY … and his old penis quivering when he mows Dawn’s lawn?:

Dawn’s lawn, mowed by Ken. The second floor in her building had a fire and is uninhabitable – but carcinogens etc are ok with Ken, though Dawn put the gas on, creating a kind of fake apartment.

Ken doesn’t mow my side of the lawn because I don’t kiss up to him – I fix my apt and demand that the shit I can’t repair be taken care of by Ken – the landlord. I’m just myself … 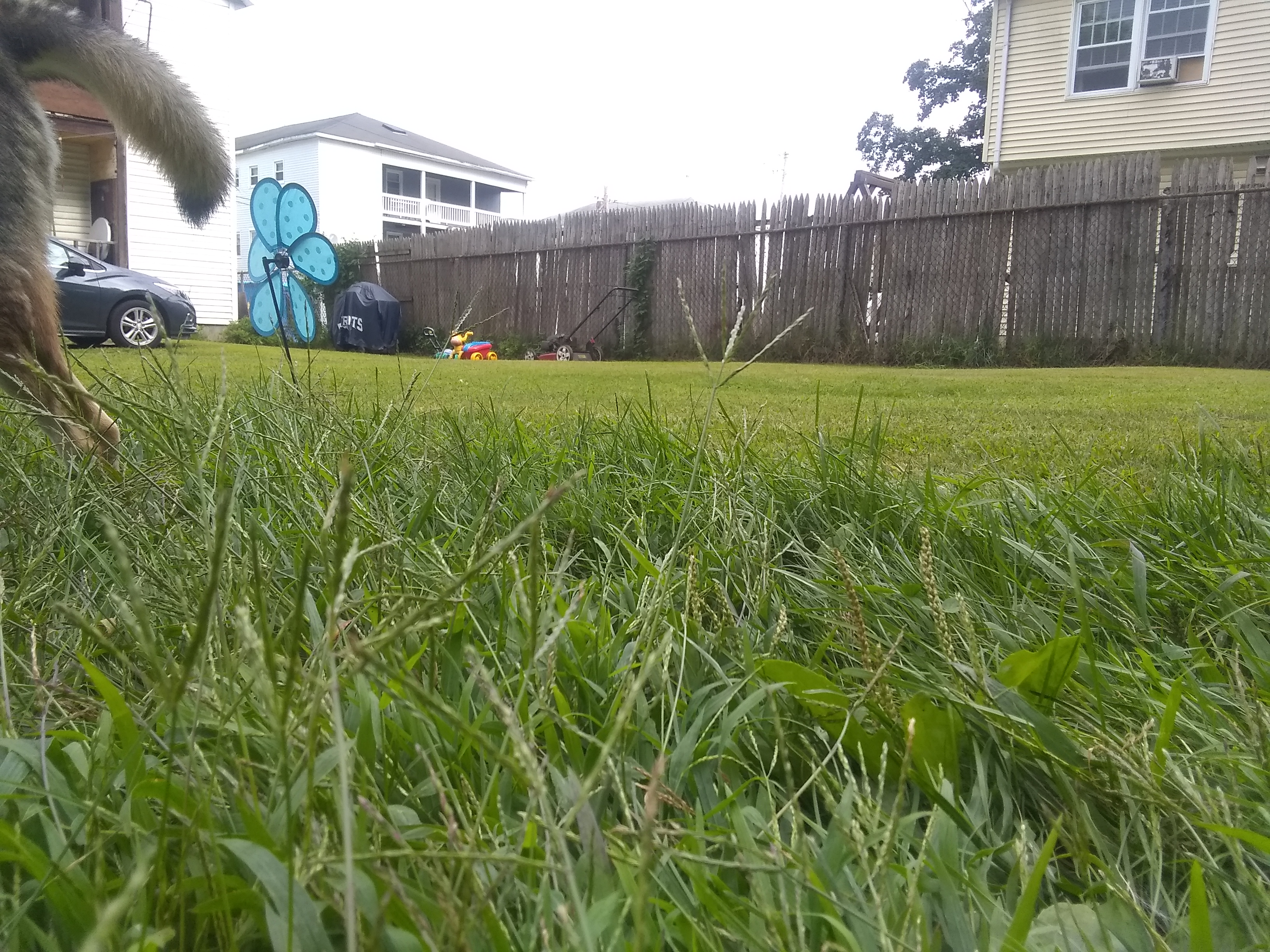 The City of Worcester can fine Buzzell, if he lets the grass grow too tall on my side … but the question is why??

Why would Ken mow Dawn’s lawn – and not mine?

Ken has these buildings and sits in his gold Caddy all day long outside his garage just staring at all his rental property. … 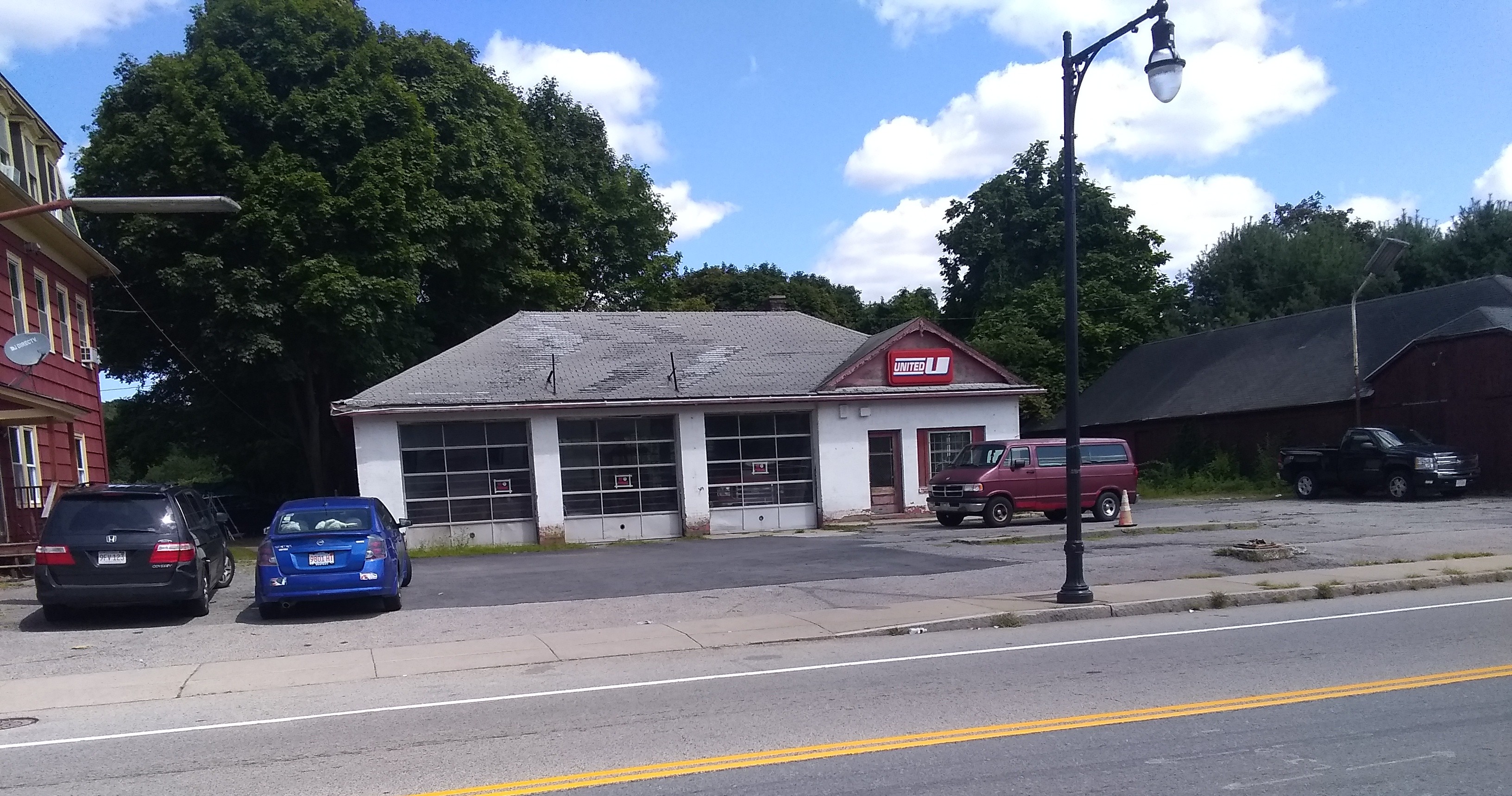 Is Ken’s full garage even licensed to operate? It’s as dumpy as his buildings …

Why? Because Ken has no life and he’s on the lookout for Dawn and for the young hot lady tenants in his buildings. Unlike this old broad, they’re going to flatter him etc because they want the low rent and it makes THEM FEEL ATTRACTIVE … AND POWRFUL. To get the attention of a rich guy.

Even if he’s a pervy old fuck.

It’s like Ken’s the Trump of the Blackstone River Road hotties…and yet his buildings are shit: old storm windows that need to be replaced, porches that are filled with garbage furniture from previous tenants … 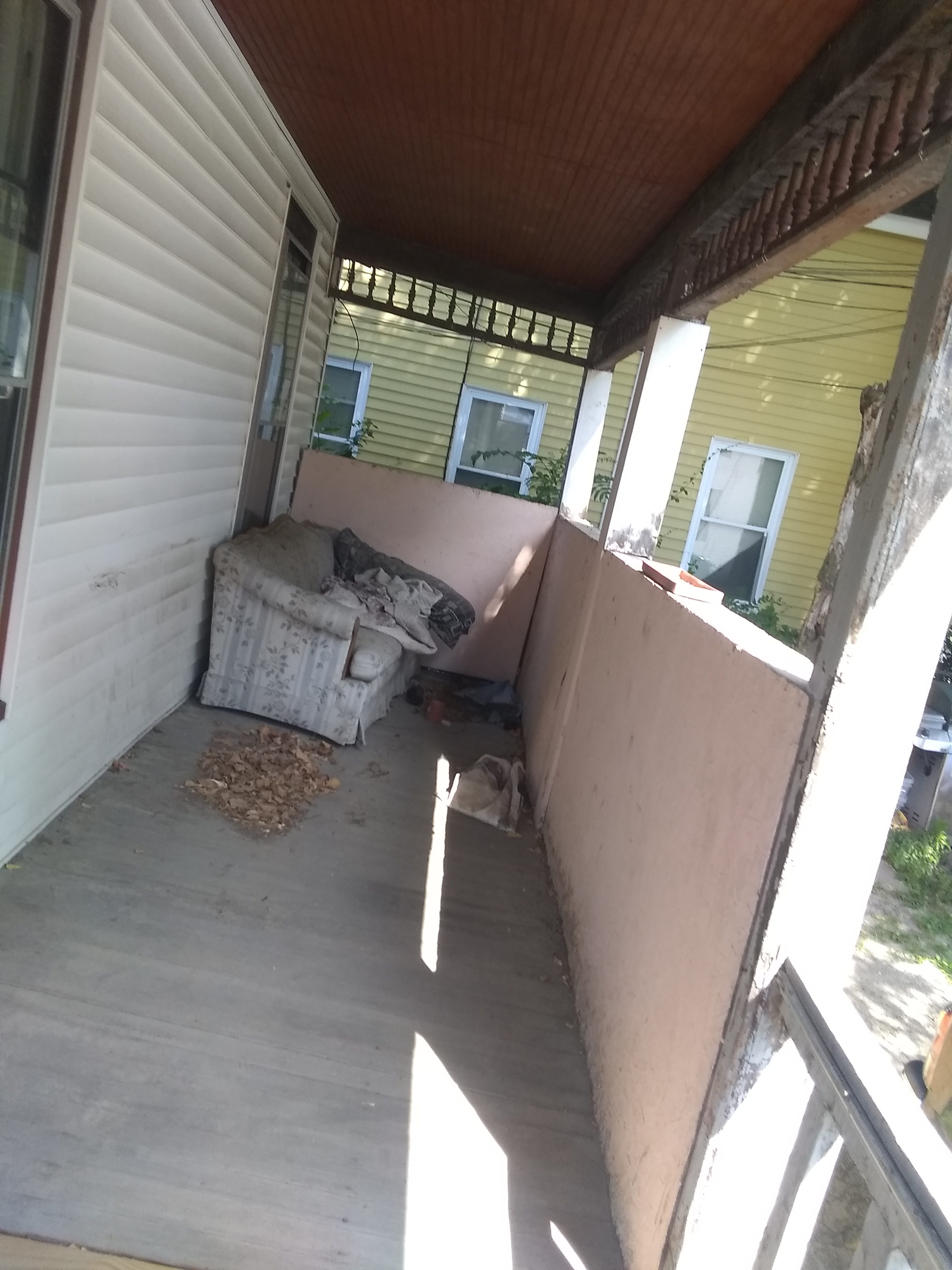 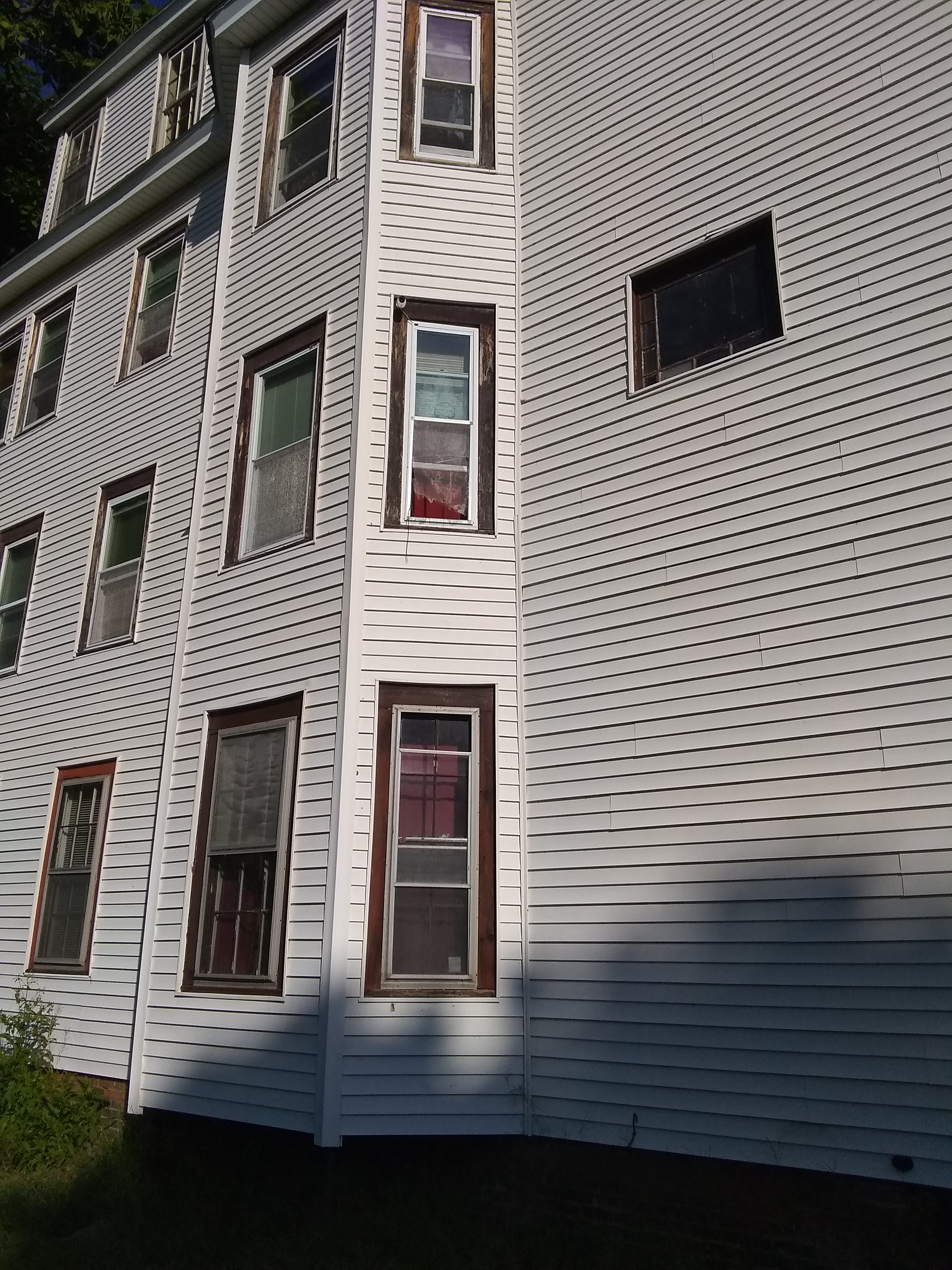 This all makes me think of the late Tony Hmura of Leader Sign Company and the late Sonny Stultz of Standard Auto Wrecking – both old guys, who were actually quite ill at the end, but still kept coming in to run their businesses because it’s all they knew … AND IT – THEIR MONEY and MONEY MAKING – MADE THEM FEEL POWERFUL, VIRILE … even though they died a few months later, practically on the job.

Like Trump … unattractiveness, impotence, maybe illness … but their money keeps the ladies – and everybody else – sucking up.

They’re tired, just out of the hospital … But money, as in they are king of their small businesses and all the people in their world (especially the women/young women who wouldn’t look at them if they had no money=power) keep them tied to their shit property/biz.

“On Desperate Ground: The Marines at the Reservoir, the Korean’s War Greatest Battle” by Hampton Sides, Doubleday, New York (2018, 395 pages)

Growing up in Central Massachusetts I would occasionally see cars go by with a bumper sticker identifying its driver as one of the “The Chosin Few”. It was a reference to a ferocious, bloody battle around the Chosin Reservoir in North Korea. The book’s title derives from a saying by Sun Tzu, the ancient Chinese philosopher of war.

“Sun Tzu says that in battle there are nine kinds of situations, nine kinds of ‘ground’,” writes Sides. “The final and most distressing type is a situation in which one’s army can be saved from destruction only by fighting without delay. It is a place with no shelter, and no possibility of easy retreat. If met by the enemy, an army has no alternative but to surrender or fight its way out of the predicament. Sun Tzu calls this ‘desperate ground.’”

This was an apt description of what happened in the Chosin campaign.

When the Korean War began, General Douglas MacArthur devised a brilliant flanking amphibious assault far behind the North Korean supply lines that cut off and destroyed the North Korean army. Despite warnings from the Chinese, the U.N. forces continued their offensive north of the South Korean border.

As the U.S. forces neared the Yalu River dividing line between Manchuria and Korea, they fanned out over a 400-mile front. On November 27, 1950 120,000 Chinese attacked 30,000 U.N. forces under the command of Oliver P. Smith. The next day the temperature dropped to nearly forty below zero. Soon the Chinese had Smith’s 1st Marine Division surrounded near the Chosin Reservoir.

During the next two weeks the Marines battled heroically against overwhelmingly odds and brutal weather to march roughly 40 miles through Chinese held territory to the port of Hungnam.

This book is a well written, factual sourced depiction of that march. We are given firsthand accounts of the horrible conditions under which thee Marines fought, and how through grit, determination and valor they accomplished this heroic epic against overwhelming odds.

If nothing else, this book will remind the reader of the sacrifices many have made to keep America free.

10 Democratic presidential hopefuls participate this Wednesday in back-to-back town halls to answer audience questions about their climate plans as scientists sound the alarm about global warming.

Candidates take the stage for 40 minutes each starting at 5 p.m. ET on CNN.

🇺🇸When we truly were GREAT: