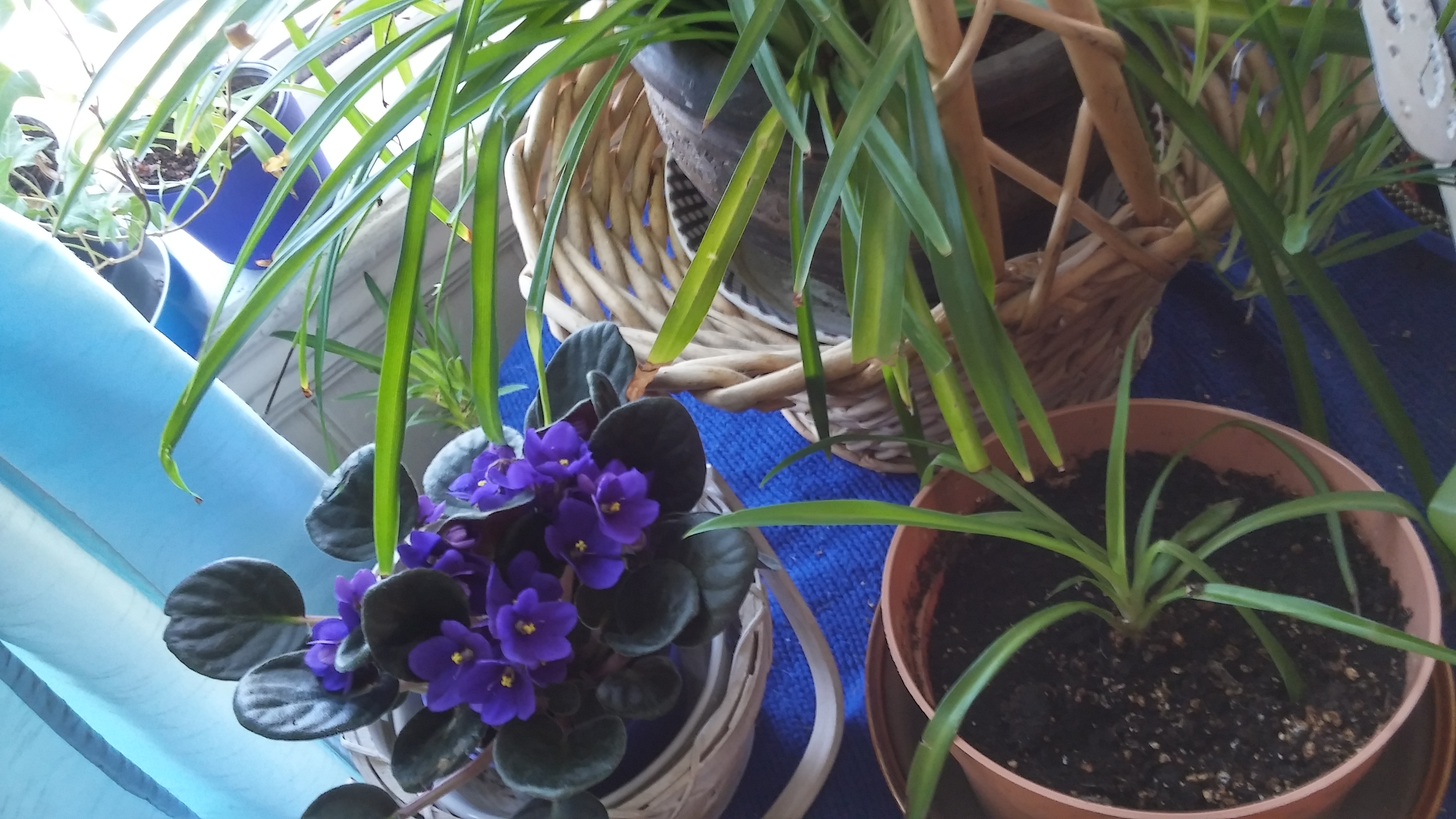 The Mandaeans are a pacifist ethno-religious minority population that believes in the purity and cleanliness of nature. pic:R.T.

April 30 – A Celebration of Mandaean Culture in Worcester!

Students at Clark University, in collaboration with Mandaean Society of Massachusetts, will host a cultural celebration featuring arts, music, photos and posters, as well as a proclamation from the City of Worcester, from 5 to 7 p.m., Saturday, April 30, in the Grace Conference Room of the Higgins University Center, 950 Main St.

The Mandaeans (Aramaic: people of knowledge) are a pacifist ethno-religious minority population that believes in the purity and cleanliness of man and nature. For the past 2,000 years, they have lived in Iraq and Iran, after originally emigrating there from Jerusalem. In the past two decades, they were displaced from Iraq and Iran as a result of extreme violence and persecution. Their religion predates Christianity, Judaism, and Islam. Unable to defend themselves due to their pacifist religion, the 60,000 – 70,000 adherents were scattered throughout the world.

Since 2008, more than 2,000 were resettled to Worcester by Lutheran Services (Ascentria) and Dr. Breegi, a Mandaean community advocate, as a way to help the community rebuild itself. Yet, until now, they have remained largely unknown in Worcester due to linguistic and cultural challenges.

The hosting Clark students are enrolled in Local Action/Global Change, a course taught by Marianne Sarkis, assistant professor of International Development and Social Change. They spent the spring semester getting to know Mandaean residents from the area, their culture, religion, and traditions. The event is planned as a way to celebrate the resiliency and beauty of the Mandaean community. This event will be the first of its kind in Worcester, Sarkis said, adding that the Mandaeans are eager to share their culture, food, and music with others.

The HOPE Coalition, with Clark University, will be sponsoring their 12th annual Youth Worker Training Institute Luncheon Graduation Ceremony from 11 a.m. – noon on Monday, May 2, at the Boys and Girls Club of Worcester, 65 Tainter St.

We are happy to announce that our keynote speaker for this year’s graduation will be Khrystian King, recently elected City of Worcester Councilor At-Large.

King has been an advocate for Worcester’s children, youth and families his entire life – beginning as a student leader of an anti-drug program at Holy Name. Ever since losing three friends to gun violence, King has dedicated his career to helping local families rise beyond poverty and violence – from his work in child protection to his nearly 20 years leading the Crompton Park Summer Basketball program.

A first-generation American, King graduated from Wheaton College with a degree in Sociology and Psychology and went on to receive a Master’s Degree in Social Work from Simmons College and a Public Management & Leadership Certificate from the Sawyer Business School at Suffolk University.

Other featured speakers include YWTI participants Scott Dowling from the city of Worcester’s Youth Opportunities Office and Cassie Giardina from Cultural Exchange through Soccer. In addition to the participants, the trainers for the Institute sessions, the supervisors and executive directors of participating agencies are also invited.

The Youth Worker Training Institute is a 15-week educational program to increase the knowledge and develop the skills of youth workers. This year marks our fourth year partnering with Clark University. Students are engaged in the YWTI as the primary component of their course, Fundamentals of Youth Work, taught by Jennifer Safford-Farquharson.

The addition of students as participants has provided an opportunity for newer, less experienced students to apprentice some of Worcester’s seasoned Youth Workers. UMass Memorial Health Care and Clark University funded the Youth Worker Training Institute.

With the leadership of Dr. Laurie Ross, the HOPE Coalition was created in October 2000 through a federal grant. HOPE’s mission is to reduce youth violence and substance abuse and to promote positive mental health and youth voice through a youth-adult partnership in the city of Worcester. The Youth Worker Training Institute is one of HOPE’s three programs. The other two are a peer leadership program and a youth-designed mental health program. 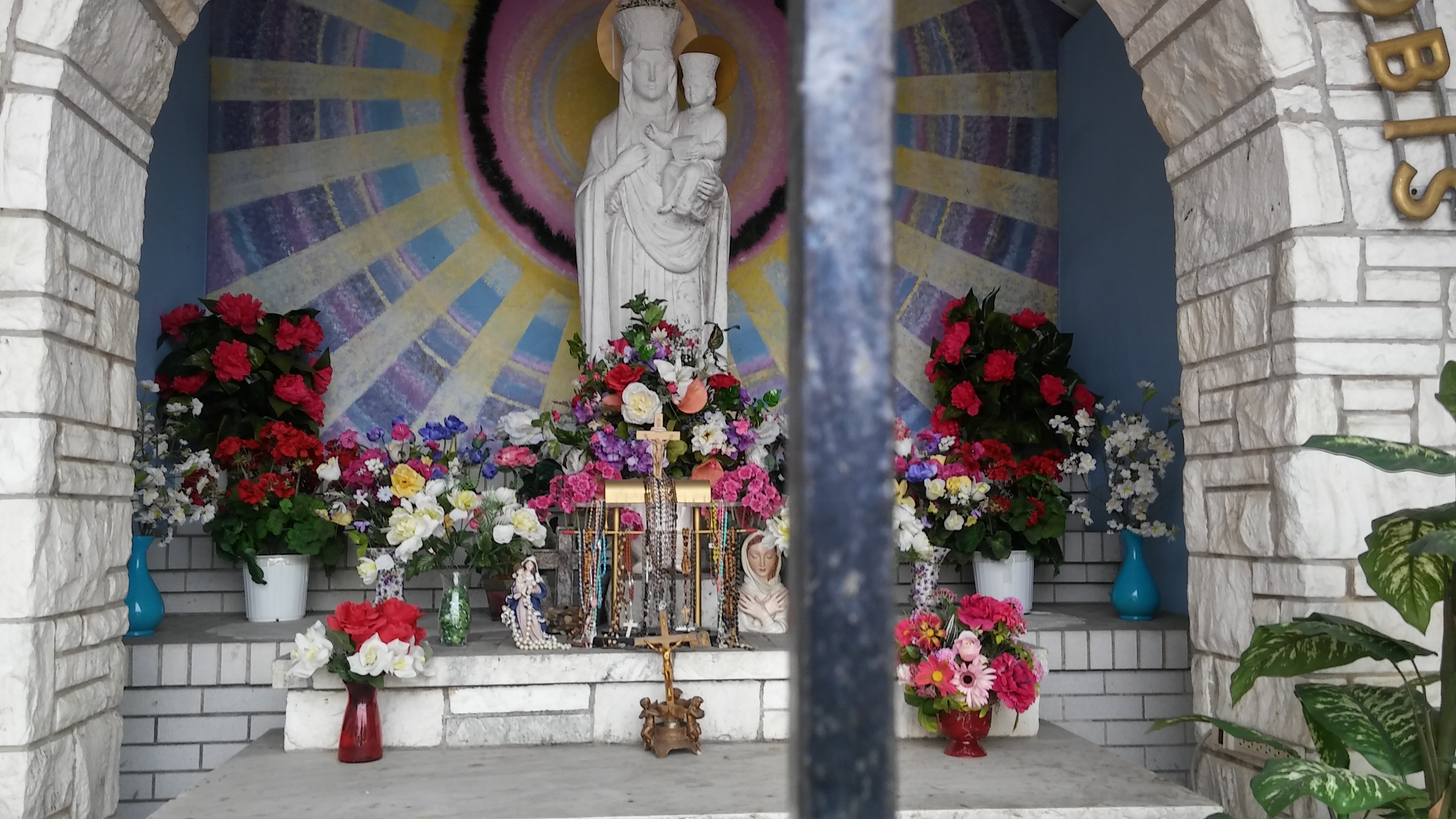 Rosaries are often left at the St. Mary’s church shrine in Green Island as a gift to the Virgin Mary.

Putting a rosary into the hands of every member of the U.S. Armed Forces around the globe who wants one!

Operation Ranger Rosary will hold their next meeting on May 14, from 1 p.m. to 3 p.m., Phelan Center, Blessed Sacrament Church, and 551 Pleasant St., Worcester.

MADD Pushes for Ignition Interlock Law Before May 2 Deadline

The legislation, S 1895 by Senator Timilty, would require all drunk driving offenders to use an ignition interlock if they seek driving privileges during a license suspension period.

The Joint Committee on Transportation, chaired by Senator McGee and Representative Straus, has a May 2 deadline to pass S 1895.

Twenty-five states have similar laws, including New York, Connecticut, New Hampshire and Maine. Maryland recently passed an all-offender ignition interlock law that is expected to be signed by Governor Hogan in May. Vermont and Rhode Island are considering such legislation this year — H 560 has passed the Vermont House and received a Senate hearing earlier this month, and SB 2370 passed the Rhode Island Senate this month and is pending a House Judiciary Committee hearing.

“Ignition interlocks save lives,” said MADD National President Colleen Sheehey-Church. “It’s time for Massachusetts to pass this law to protect its residents from this scourge on our nation’s roadways. S 1895 is long overdue and deserves a vote before it’s too late.”
According to a recent MADD report, ignition interlocks have prevented drunk drivers from starting their vehicles 37,983 times since Massachusetts began requiring the devices for repeat offenders in 2006.

About Mothers Against Drunk Driving
Founded in 1980 by a mother whose daughter was killed by a drunk driver, Mothers Against Drunk Driving® (MADD) is the nation’s largest nonprofit working to end drunk driving, help fight drugged driving, support the victims of these violent crimes and prevent underage drinking. MADD changed American culture by introducing the “designated driver” in 1986 and related red ribbon awareness campaign Tie One On For Safety® now in its 30th year. MADD’s Campaign to Eliminate Drunk Driving® is marking its 10th anniversary and reducing drunk driving fatalities by 25 percent since its launch.

MADD supports drunk and drugged driving victims and survivors at no charge, providing a service every four minutes through local victim advocates and the 24-Hour Victim Help Line 1-877-MADD-HELP. 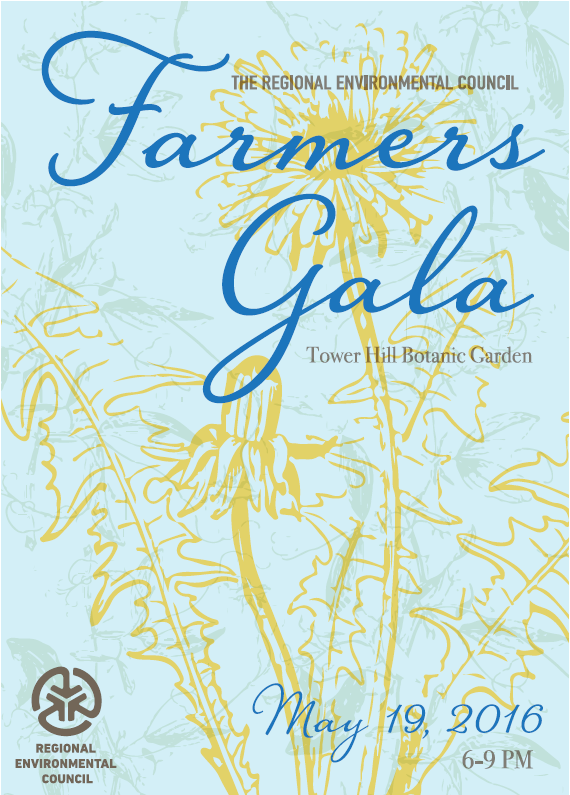 Also enjoy our full, cash-only bar, the sounds of local musician Dan Burke, and the beautiful grounds of the Tower Hill Botanic Garden.

All proceeds support the work of the REC – community and school gardens, farmers markets, urban agriculture, youth development and employment, neighborhood cleanups, and the development of a regional food hub.

Mothers Against Drunk Driving (MADD) this week joined Senator Jim Timilty in a meeting with Massachusetts legislators to highlight the life-saving results of requiring ignition interlocks for all drunk driving offenders.

According to a recent MADD report, ignition interlocks have prevented drunk drivers from starting their vehicles 37,983 times since Massachusetts began requiring the devices for repeat offenders in 2006.

MADD believes these small, in-car breathalyzers should be required for all offenders with an illegal .08 blood alcohol concentration (BAC) and above.

The devices are far safer than license suspension alone, which is often ignored. Offenders who use the devices can drive without restrictions provided they are sober. Twenty-five states have all-offender ignition interlock laws.

“Every time a drunk driver gets behind the wheel, the lives of our children, parents, brothers, sisters and dear friends are in danger,” said Mary Kate DePamphilis, state program manager for MADD Massachusetts. “This technology saves lives by blocking drunk drivers from starting their cars, and we know that repeat offenders have attempted to drive drunk again nearly 38,000 times in Massachusetts. Imagine how many more drunk driving attempts could be stopped if every offender used one of these devices.”

Senator Timilty, a 2015 MADD Legislator of the Year, has authored S 1895 to require ignition interlocks for all drunk drivers in Massachusetts.

“I’m happy to partner with MADD on this important measure that has been proven to prevent repeat drunk driving offenses” said Senator Timilty (D- Walpole). “Under the current hardship license law we are simultaneously making a criminal out of someone running an errand outside of their work hours and doing nothing to physically prevent someone from getting behind the wheel intoxicated. I think this study proves that there exists a better way for the Commonwealth.”

The hearing room held the attendance of legislators, staff, stakeholders and supporters, including Senate Chairman of the Joint Committee on Transportation, Senator Thomas McGee, and BJ Williams, Manager of Prevention Programs for the Brain Injury Association of Massachusetts.

About Mothers Against Drunk Driving:

Founded in 1980 by a mother whose daughter was killed by a drunk driver, Mothers Against Drunk Driving® (MADD) is the nation’s largest nonprofit working to end drunk driving, help fight drugged driving, support the victims of these violent crimes and prevent underage drinking.

MADD changed American culture by introducing the “designated driver” in 1986 and related red ribbon awareness campaign Tie One On For Safety® now in its 30th year. MADD’s Campaign to Eliminate Drunk Driving® is marking its 10th anniversary and reducing drunk driving fatalities by 25 percent since its launch.

MADD TO TESTIFY IN SUPPORT OF IGNITION INTERLOCKS FOR ALL CONVICTED DRUNK DRIVERS at .08 BAC

WHAT: Mothers Against Drunk Driving® (MADD) will testify in support of H 1278 to require ignition interlocks for all convicted drunk drivers on Wednesday, September 25, in the Joint Judiciary Committee.

WHEN: Wednesday, September 25 at 1PM
Media availability at 12:30 outside of Room A-1 at the capitol, or any time during the Hearing

There are 20 states with similar laws to H 1278, including New York and Connecticut. For information on interlocks, please visit: http://www.madd.org/drunk-driving/ignition-interlocks/.