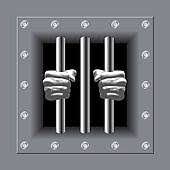 Now I can finally talk about this – I only wish my son could. It has been three years that I have been forced to be quiet but not anymore because yesterday Civil Service in Boston agreed to hear Ray’s case in a public forum.

The Massachusetts Department of Correction has forced my son to be quiet about what he had found while he was an investigator at Souza-Baranowski [prison] in Shirley, Mass., to such extremes.

He became an investigator in 2011 and uncovered evidence that suggested a staff member, possibly one of his own partners in investigation is involved with an inmate bringing drugs into the prison.

He uncovered evidence that the cell doors can be opened by the inmates at any time with just using some cardboard.

Then he noticed his own partners in investigations using such potentially dangerous investigative techniques, like paying off inmates for testimony instead of just doing their job and investigating the facts and listing to the inmate phone-calls.
Officer Nathan Beauvais was almost killed in June 2012 and it appears the inmates knew this was going to happened that while they talked on the phones beforehand. They had told their family members that they should not come up to visit.

If Ray’s old partners were listening to phone calls and doing their job instead paying inmates off for any kind of information even if it was bogus then Nathen might not have been stabbed and almost killed on that day.

I quote, as listed in Ray’s law-suit against the Department filed at Worcester Superior in June 2013 the Following:
“While working in IPS, Officer Mason uncovered evidence of irregular and potentially dangerous investigative techniques that certain Officers were using. These techniques endangered the well-being of prison Officers. Indeed, an Officer suffered a potentially life-threatening injury at the hands of an inmate due to the practices of which Officer Mason complained.

Officer Mason brought his findings to the attention of his commanding Officers to no avail. Officer Mason was thereafter passed over for promotion, had his sanity questioned by co-workers, and brought upon bogus disciplinary charges. Officer Mason’s reputation within the SBCC has been destroyed and cannot be rehabilitated. He is in constant danger while working.

Since Ray filed that law suit he has been subjected to even worse, more bogus charges and passed up again in order to shut him up, so much so it appears the department has even violated Ray’s First Amendment Constitution rights.

It has been three years. On March 11, 2014, Ray is bringing forth over 50 plus exhibits before Civil Service to show his innocence. All of the exhibits are the departments own documentation which show who actually is responsible.

Ray went to great lengths to not embarrass the department so much so he and his family have suffered enormously over the last three years.

Rep. Donahue encourages residents to attend these office hours with any questions about upcoming legislation or any personal matters.

Drop-ins are welcome, but feel free to schedule a time with Rep. Donahue beforehand by calling 617-722-2006.

Boston — The Executive Office of Labor and Workforce Development today reported that the April seasonally unadjusted unemployment rates were down in 21 Massachusetts labor market areas and up in one area, Amherst.

Statewide, the April seasonally unadjusted unemployment rate was 7.4 percent, a decrease of 0.8 of a percentage point from the revised March rate of 8.2 percent.

In April, over-the-month job gains occurred in eleven of the twelve areas for which job estimates are published. The largest rates of job growth were in the Barnstable; Haverhill-North-Andover-Amesbury and Brockton-Bridgewater-Easton areas. The Pittsfield area lost jobs. Over-the-month, Construction jobs increased in all twelve areas while eleven areas posted a gain in Leisure and Hospitality jobs.

Over-the-year eight of the areas added jobs. The largest gain occurred in the Boston-Cambridge-Quincy area followed by the Worcester, Barnstable, and Brockton-Bridgewater-Easton areas. The Barnstable area also had the largest over-the-year growth rate at 2.9 percent. However, the Brockton-Bridgewater-Easton and Haverhill-North-Andover-Amesbury areas posted notable over-the-year growth rates as both followed closely at 2.5 percent. The Peabody, Framingham, Lowell-Billerica-Chelmsford, and Pittsfield areas lost jobs.

The unadjusted unemployment rates and job estimates for the labor market areas reflect seasonal fluctuations and therefore may show different levels and trends than the statewide seasonally adjusted estimates.