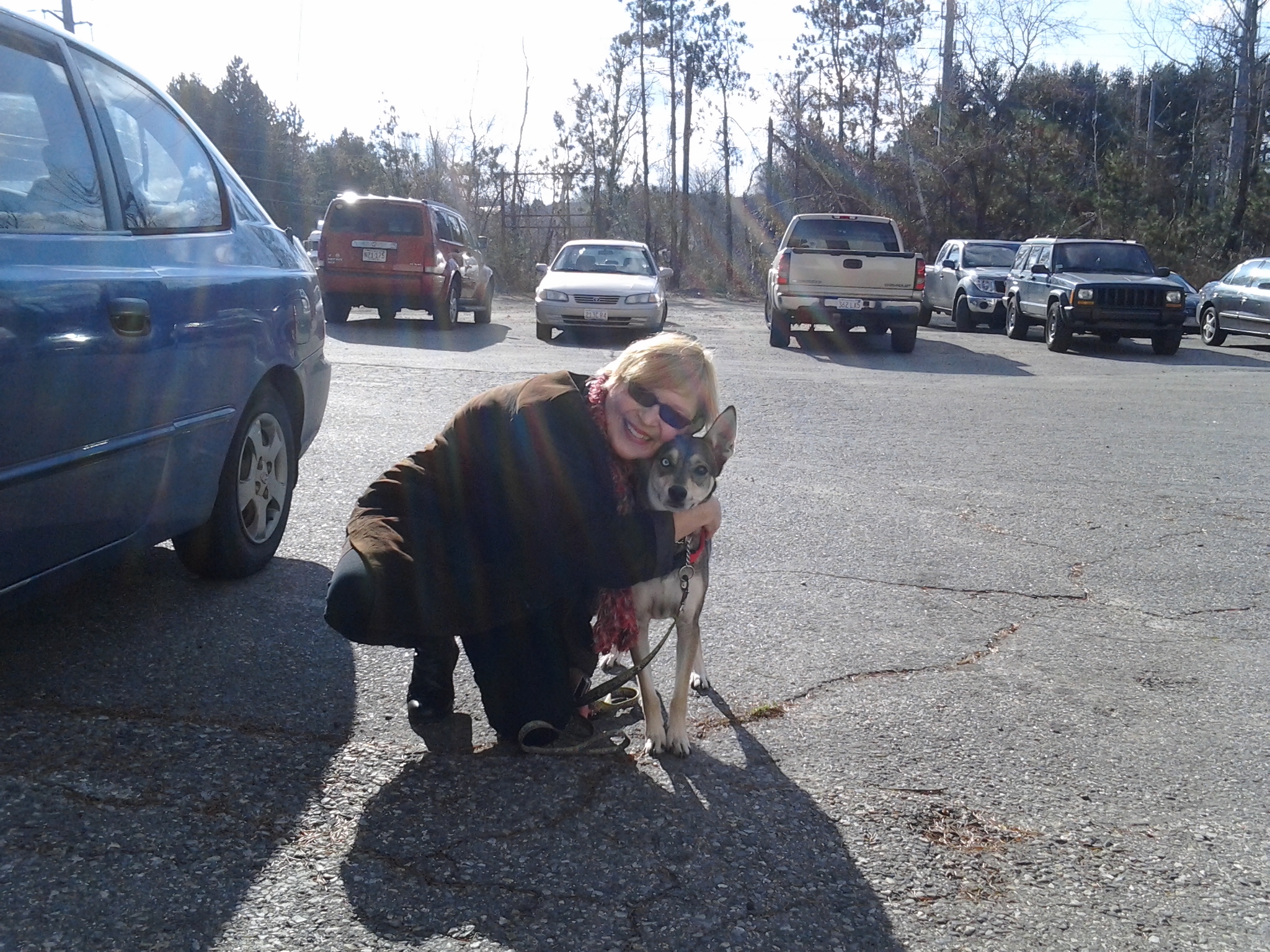 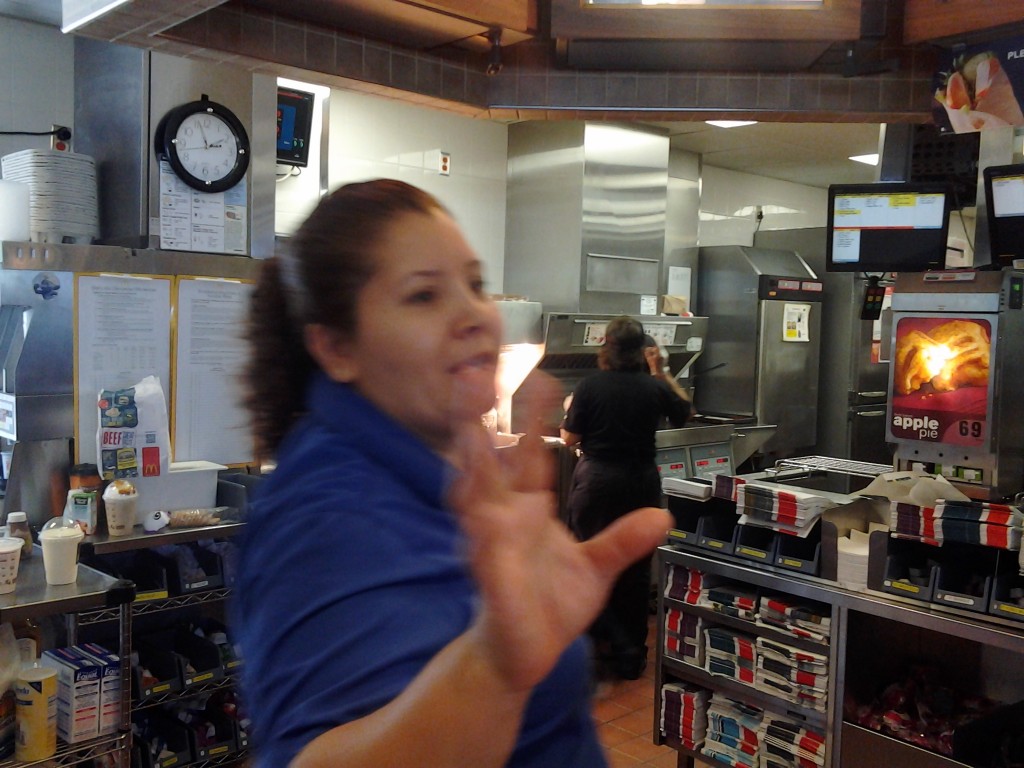 … I support InCity Times’ small businesses, but I drink the McDonald’s java once a day cuz it’s Newman’s own! Which means it is Fair Trade, organic and possibly even shade-grown coffee. And the profits Newman’s make all go to the late Paul Newman’s charity, the Hole in the Wall Gang camps for kids with cancer. Plus the coffee is delicious and cheap. Up until a week ago, a LARGE cup cost just $1. It is now around $1.25. Still a great bargain for an excellent, socially responsible product.

My neighborhood McDonald’s is also where I see my favorite coffee guy in the drive-through window (see his photo below!). This kid is lovely! Beautiful smile – I mean a smile as dazzling as our President’s! He is also: Neat, hard working, polite … . AND He is always so accommodating – no matter how high maintenance I get (“Oops! too much cream! Almost black but not quite! Just a smidgen of cream! Let me taste it before I drive off.  Did you add sugar? I asked for no sugar, right? Do you think you could put the coffee in my travel mug? I am trying to shrink my carbon foot print to zero … . This is fair trade coffee, right? May I have extra napkins? May I have more extra napkins?”) This guy never gets annoyed with me – it is comforting to see his face in the midst of the usual crazy InCity Times rocket ride!

Doesn’t a great worker like this guy deserve to earn more than $8 or so bucks an hour? Doesn’t a young man who excels at his job deserve to be making $10 or $11 or #12 at it? So if he is living at home, he can move out and begin an independent life of his own and his parents can enjoy their middle age? Most of the jobs being created in this country are in the food service industry – fast food. This speaks volumes about America (depressing). And those jobs are held (contrary to myth) by adults who have apartments, families, etc. And young people who may have the job for several years and, like adults, have their own dreams. Like living in your own pad, with your own car and having a life of your own.

Why must we oppress so many good people with depressed wages? Part time work with no benefits? Work places that TELL THEIR workers to take advantage of govt benefits like food stamps, medicaid, etc? Why can’t we treat people fairly?

I sometimes go INSIDE the  McDonald’s for my coffee. Boy oh boy do the workers there hustle! The McD’s of yesteryear is gone. Now there are about 100 menu items! Desserts! Salads! Ice cream! Oatmeal. Pancakes. Even breakfast breads. Fancy coffee house drinks, too! Ones that require whipped cream and mint flavoring. The workers need to fill every fancy request as fast as they did when there were only burgers and drinks on the menu. A fast-paced, stressful work environment does not begin to describe the present-day McDonalds. Or any fast food joint.

Here are some great pieces on the national movement to raise the wages of the men and women who work in the fast food industry:

Here is my coffee guy: 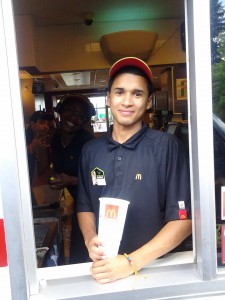 As part of an effort to snuff out youth smoking, selling candy-, fruit- and spice-flavored cigarettes is now illegal in the U.S. The ban went into effect in September. Health officials say that flavored cigarettes make smoking more palatable to kids, and studies back them up: 17-year-olds are three times more likely to use flavored cigarettes than adults are.

This is certainly a step in the right direction. But if we’re serious about wanting to improve kids’ health, how about a ban on hot dogs and Happy Meals while we’re at it? The children who eat chicken nuggets and pepperoni pizza today will likely grow up to be the obese adults and heart patients of tomorrow. END_OF_DOCUMENT_TOKEN_TO_BE_REPLACED