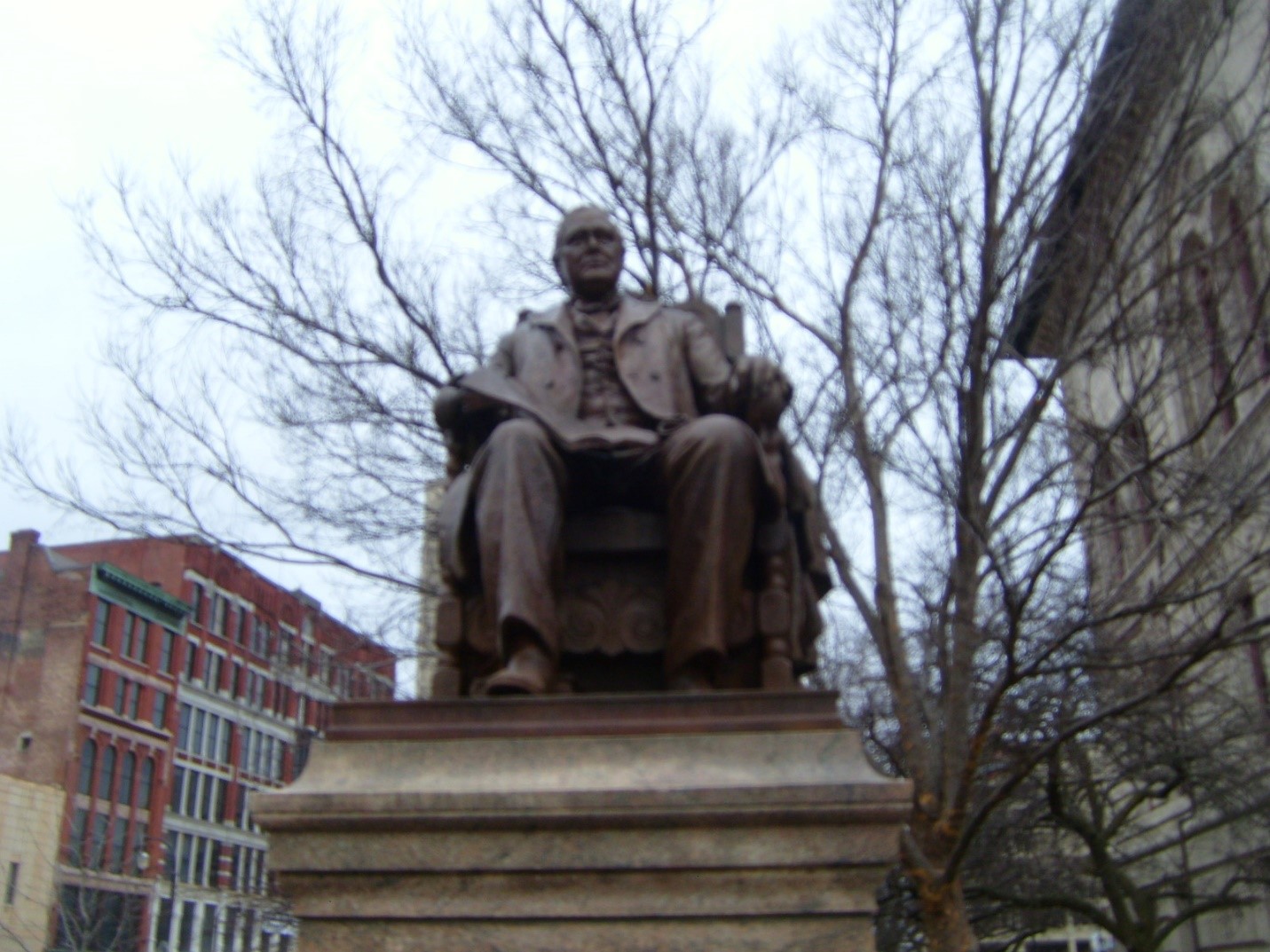 Yesterday morning a friend called me to get historical information about the Worcester Common, behind our City Hall.  She has lived in Worcester for most of her life. She has seen the Common go through several iterations.

She is too young to remember the Old South (Congregational) that doubled as a religious meeting house and the Town Hall.  The cemetery in the Common is of parishioners. The Church still exists on Salisbury Street.

She is not too young to remember the so called reflecting pool that only seemed to collect trash and restrict the foot traffic flow through the park area. The architect seemed not to have read Jane Jacobs!

The jury is still out on the Ice Oval which doubles as a skating rink in the winter and a sitting/eating area in the summer. I have never used the skating rink, but I like the tables and sun umbrellas in the summer.

Monuments sprinkle the Worcester Common and nearby area.  Some of them are relatively new.

There is a monument concerning the genocide of Armenian people by the Turks during World War I.  This monument is located on the right hand side of the front of City Hall as you face City Hall.

There is also an Irish Cross which symbolizes the 1916 Easter Rebellion by the Irish Republican Army against British rule. 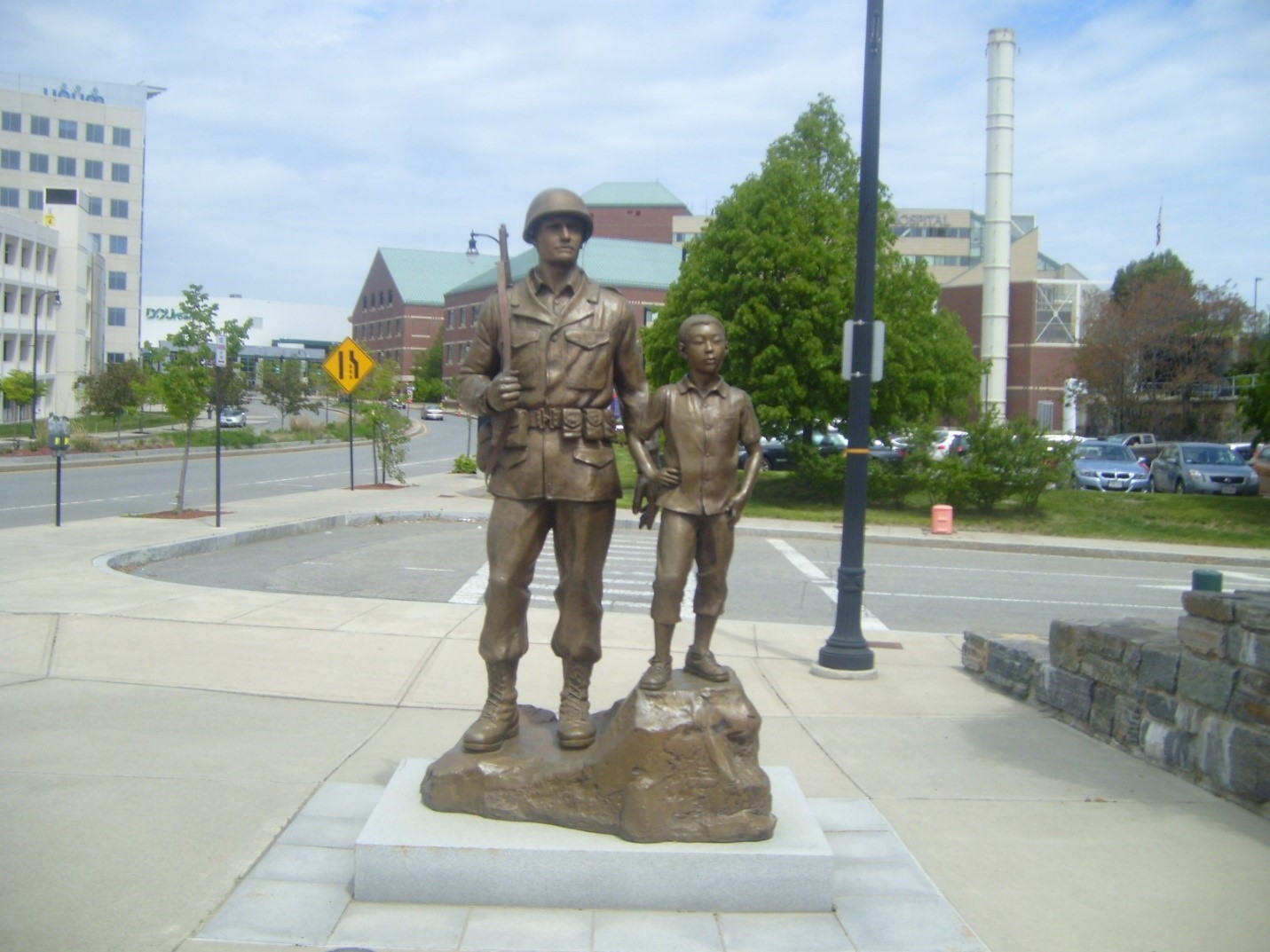 The number of war memorials is surprising. The most surprising is that of the anti-imperialist and anti-racist founder of Worcester Polytechnical Institute, George Hoar (above). His image sits majestically wondering why the City has not changed much of its war mentality or its racist policies. Mr. Hoar opposed the Spanish American War.

The City has honored Colonel Biglow of Worcester who fought against he British in the War of American Independence.

The Civil War memorial has the names of the 398 soldiers from Worcester who died fighting the racist Confederacy and its system of chattel slavery.

There is a relatively new monument to the brave trooper who gave their lives in the Iraq Wars I and II. I suppose we will have to modify the monument to include Iraq War III.

On the side of City Hall there is a statue of an American GI. This generation fought the Nazis and the Axis of Fascism, Germany, Italy, and Japan government.  The Honor Roll of Black Veterans should be erected next to it, instead of on the isolated traffic island in Lincoln Square.

Across the street from the Worcester Commons is the first Vietnam War memorial. It predates the extravagance in Green Hill Park.  I thought for a while no knew that it existed, but every once and while I see flowers there. 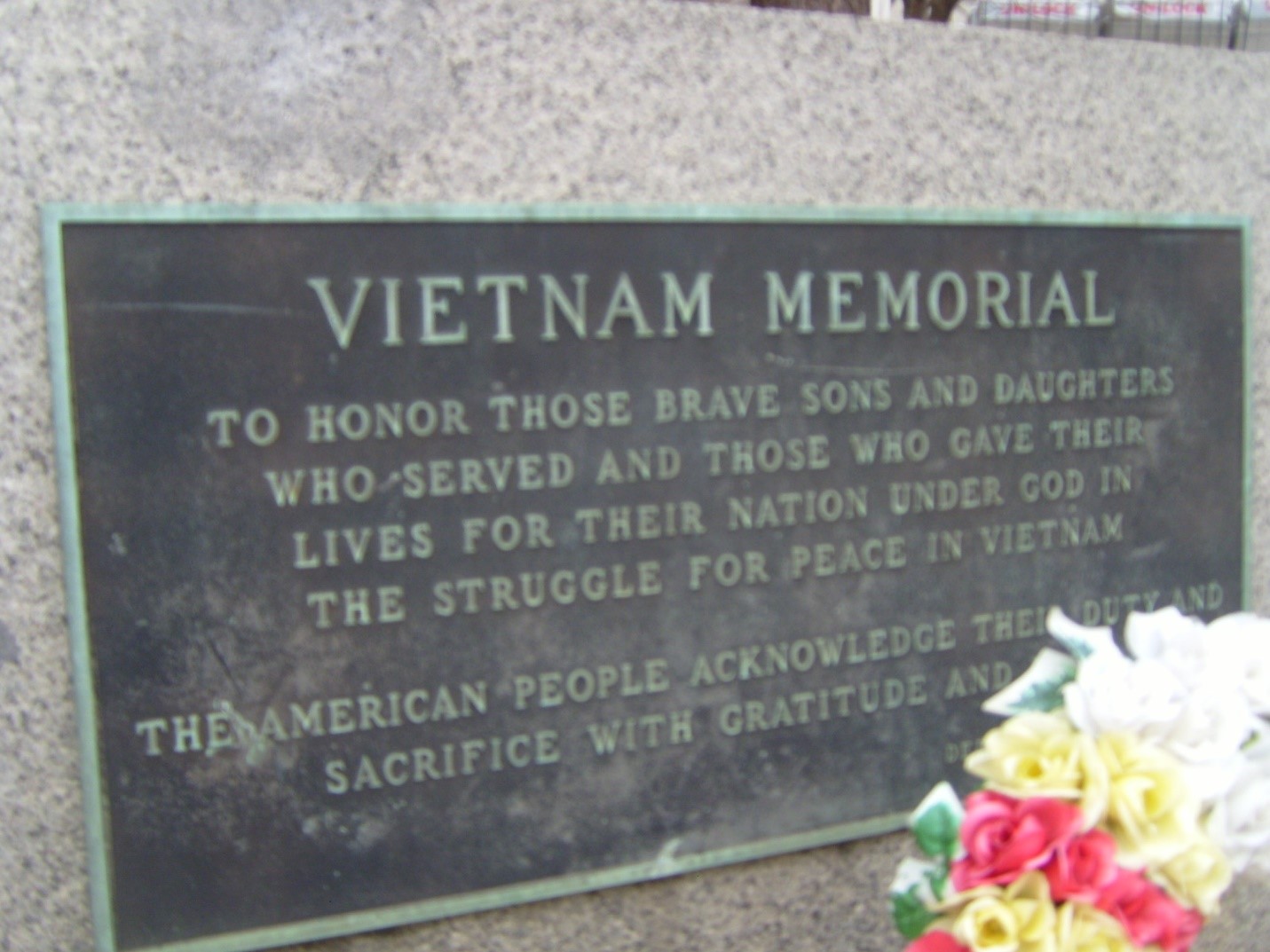 A few blocks away is the Korean War memorial (above). Although the statue is moving, it is pretext. Nonetheless, the soldiers who died and fought there performed their duty as they understood it.

Unfortunately, it has the feel of the Western savior. Many more Koreans died in that Cnflict than Westerners.

The Worcester Common’s character changed when the Worcester Regional Transportation moved it busses to the Hub.

What will our Common be like with the demolition of Notre Dame and finished construction of City Square? 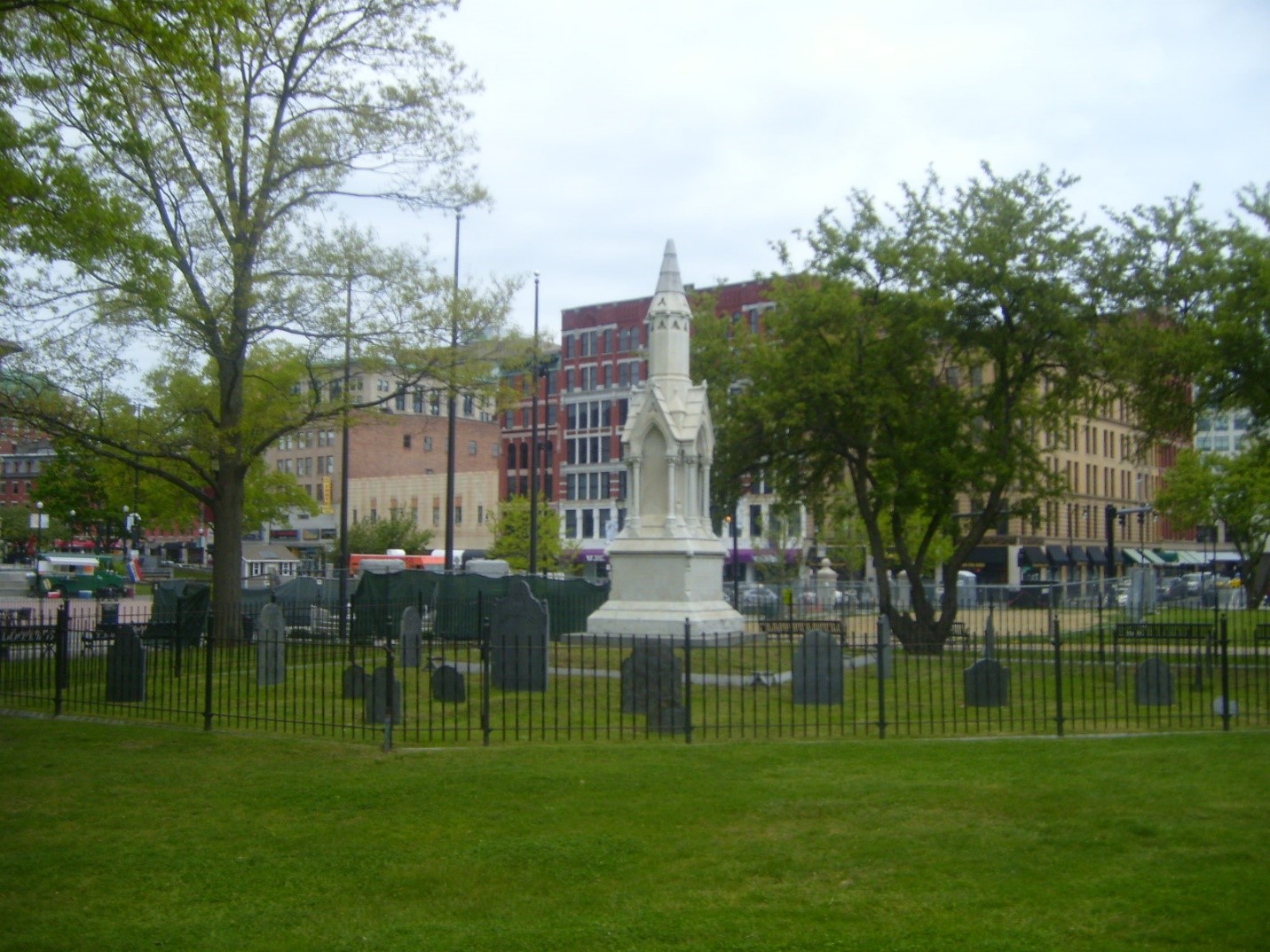 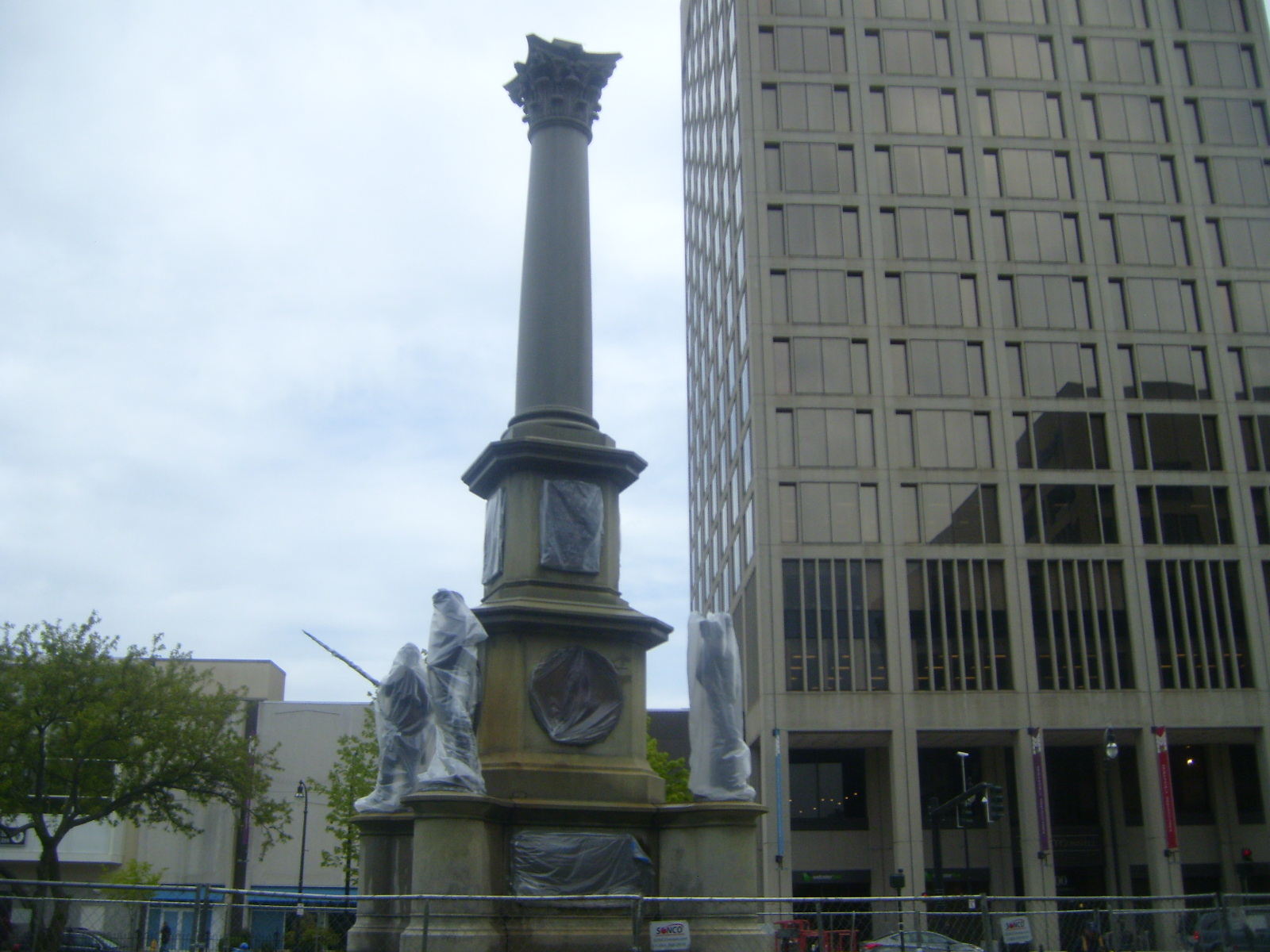